Tools & Craft #47: What Do You Do When Making Something is Bad For Your Body?

On automation, repetitive stress injury and keeping your employees healthy

In the "good ol' days," grinders would sit for 8-10 hours a day straddling a 4-foot diameter solid sandstone grinding wheel spinning at a surface speed of about 60 miles per hour. While wheel explosions were rare, early death from silicosis wasn't. It was a known occupational hazard, but grinders were willing to risk respiratory problems and perhaps an early death in return for pretty good wages. Back then most folks didn't have the luxury of thinking long-term and there was no shortage of apprentice grinders. 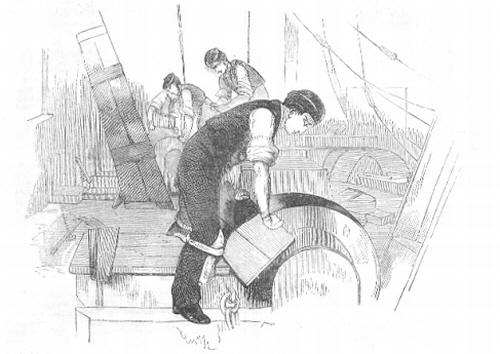 Fast forward 150 years to present day Brooklyn. In the Gramercy Tools workshop we do what some might consider an excessive amount of hand filing. We hand-sharpen all our saws, and we manufactured this beautiful line of Kings County Hammers where we hand-filed every last decorative detail: 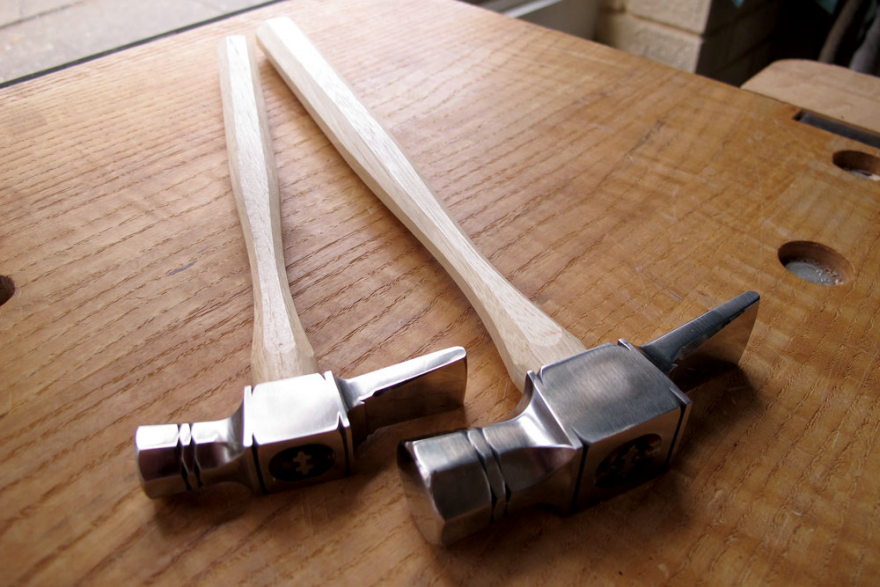 We do/did it that way because it's traditional, we love the old ways, and honestly the results speak for themselves. However in both cases we have found the learning curve for filers to be high and the people who have the skill for the work don't want to do it day in and day out - no matter the pay.

Nearly all of our top filers have experienced hand/elbow/wrist problems at one time or another. It's not the sort of thing that makes us feel good about handwork. Part of the issue is that we've grown. We simply make more saws now than ever before. Also, the files that are available today are of significantly worse quality than a few years ago, and don't remove material as quickly. So, we have to file more. This raises our cost and in general requires more work to get a consistent product we are proud of.

The issues raised by repetitive stress injury caused by following traditional manufacturing methods are substantial, and increasingly relevant as we see more and more folks interested in returning to traditional methods of manufacturing. Is grinding without proper dust collection "old timey" or simply stupid? Is repetitive stress injury an acceptable by-product of a world-class saw or hammer? In both cases the answer is obvious. No product is worth endangering the wellbeing of an employee, after all it's no longer the "good" ol' days.

As we see it, a responsible company has the following possible solutions:

1. Stop making hand-filed products.
2. Drastically reduce the workload per-filer and raise prices accordingly.
3. Outsource the work so that it becomes someone else's problem.
4. Automate portions of our process, reducing the necessary handwork.

There was only one right answer for us, #4. We are highly invested in growing as a company, in maintaining our reputation for the highest quality, and in the health and well-being of our employees.

The reason we were hand-filing the Kings County Hammers was that our CNC Machine shop, whom we've worked with for years, didn't think they could machine the details - even if cost wasn't an issue. The slight asymmetry of the decoration (which makes it look right to the human eye) makes for exceptionally complicated cutter paths, fragile cutter geometries, and several tooling changes, not to mention complicated fixturing.

After the first batch of hammers were hand-filed, we threw down the gauntlet, and asked the crew over at the machine shop to try again. It took them about a month to get back to us, and the conversation started with "I think we've got it, but you're not going to like the cost."

The rest of the conversation revealed a HUGE surprise: Our hammers cost as much to produce on a CNC mill as they do with a hand file. Almost to the dollar!

So we switched production of the hammers to be done entirely by CNC. At most we'd touch up the decoration after polishing if needed, and that was the only time they saw the business end of a file. And were glad to say, that using CNC gave us a crisper, more consistent look—with a lot less wear and tear on our staff. 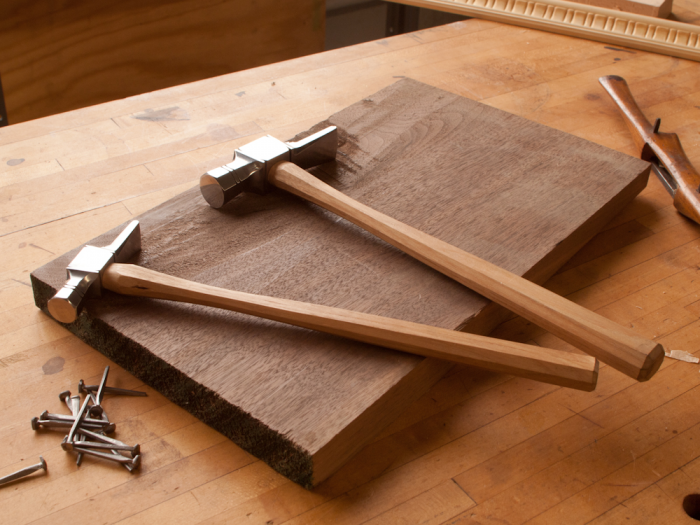 So what does this all mean? Were we giving in to computers and machines? We didn't think so; to us, it felt more like we were pulling our heads out of the sand.

There will always be processes that require handwork. For instance, each hammer head still required a ton of hand processing: From patina, to differential tempering over a flame, to mirror polishing, and grinding. But we no longer had the sinking feeling that we're asking the guys and gals in our shop to do something that could lead to injury. And we steadfastly kept production local, and in the hands of craftsmen and women who take pride in producing top quality work. The end result was a better product than we had before without the dumbing down of the design that automation sometimes brings. I think this combined result of hand and CNC puts us squarely in the modern craft tradition - one that dates back to tilt hammers and Jacquard looms.

As of this writing I am working on motion control software to help us file saws. We plan to do the rough tooth forming on custom automated machinery that we are building and programming ourselves. Kris, our head saw filer, is counting the minutes - but it's not because a machine is about to take his job. It's because it's a waste of his time to do anything but the final hand sharpening. Just about everyone agrees that hand filing produces a better saw than machine filing and our competitors seem to agree. They all either machine-filed to save money, or machine-filed then hand-filed over it. We have added a few programming tricks but the real test is coming.

"The Turing Test" proposed by mathematician Alan Turing was an idea to place a human and a computer behind a screen and have people ask questions of them. If the audience couldn't tell which was the machine and which was the human, then we can say artificial intelligence works. Once our new system gets operational, we plan to have a little test - We call it "The Tim Test." We take two saws, one totally hand filed, one filed by machine with final sharpening done by hand. If Tim Corbett, our head designer or anyone else can't tell which is which, then we know we have something we can offer the public. Otherwise - it's back to the drawing board.

As for the hammers, I'm afraid this story doesn't end well. Ultimately we had to stop making them. We were making them out of W1 tool steel that was hardened differentially—soft on the inside, hard on the outside, which made them a pleasure to use—but we could not find a manufacturer who could harden them consistently, and the loss rate became unacceptable.

Still, producing the Kings County Hammer taught us a lot, and raised some very interesting questions for anyone engaged in craftsmanship at a high level. We are firm believers that tradition has shown that progress is a good thing. Gramercy Tools never has and never will make replicas, nor period-correct tools. It will continue to produce tools, and upgrade its production processes in such a way that the tool you buy tomorrow is a better tool than you can buy today, not only in its function, but in its form, and manufacture. And if we cannot make the tool correctly, or can only make it to the peril of our employees, we will not make it at all.

Tools & Craft #47: What Do You Do When Making Something is Bad For Your Body?