The Small NYCxDesign Shows Worth Seeing This Weekend

So it begins... the height of NYCxDesign, and perhaps at its highest ever? 2017's New York May design calendar has turned out to be its most packed yet, and this weekend is the start of the real madness. Beginning this weekend, larger fairs such as ICFF, Sight Unseen OFFSITE and WantedDesign Manhattan will open their doors to the public along with a number of smaller exhibits around the city that are not to be missed. Here's a list of some alternatives to the "big kahuna" shows that you should definitely check out this weekend: 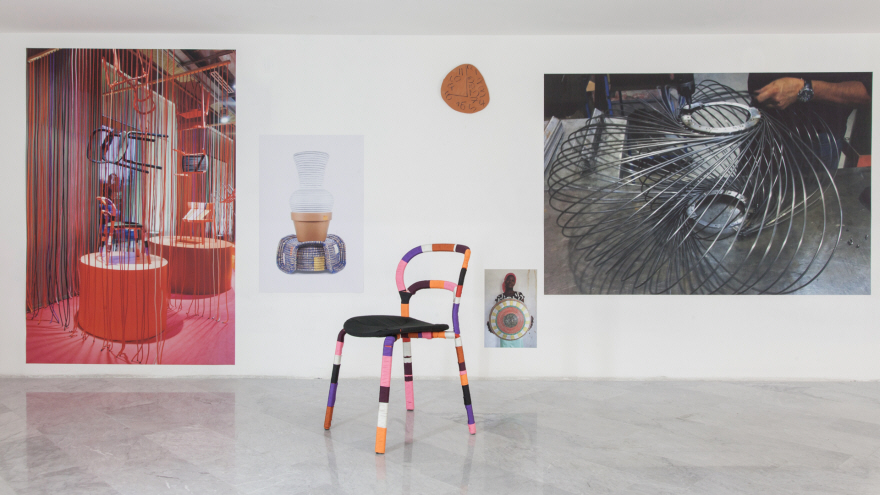 A/D/O's first designer in residence, New York based furniture designer Stephen Burks, will debut new pieces in his 'Man Made' collection made during his time in the residency. He will also lead a talk at the Brooklyn Space, speaking to how he's explored the fusion of craft and technology within his recent collection (the exhibition will also include a piece made in collaboration with our Core77 x A/D/O residents byjimmi! Stay tuned).

"Stephen Burks Man Made at A/D/O" takes place Saturday, May 20th 2pm-4pm at 27 Norman Avenue in Brooklyn—RSVP for the event here. 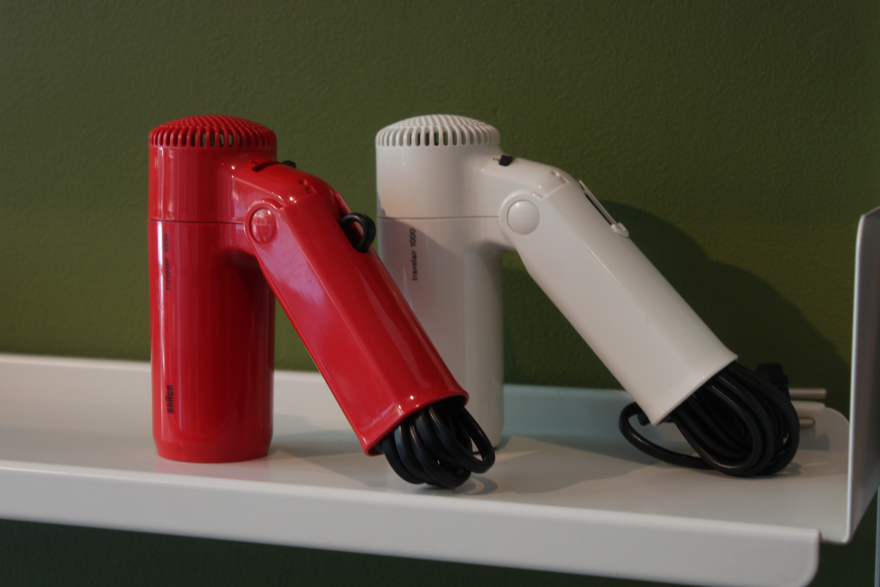 Tom Strong isn't just any collector. His love for Dieter Rams' electrical products lead him to collect over 250 items within 50 years, including hair dryers, sound systems and a table cigarette lighter. For NYCxDesign, Vitsoe organized around 75 of Strong's objects into a lovely and very personal exhibition showcasing Rams' work over the years through the eyes of a dedicated fan. The exhibition is littered with fun quotes from the collector himself who believes, "the desire to collect is as insidious as marijuana." 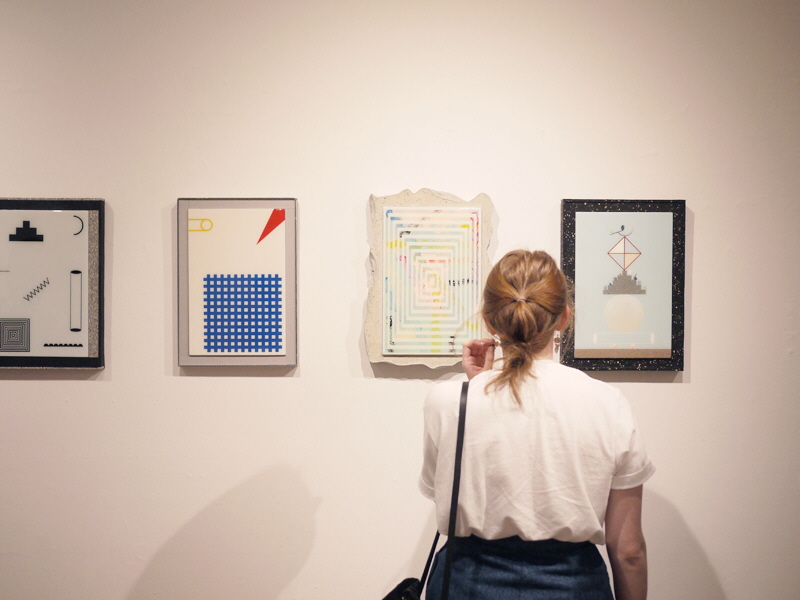 An exhibition of works from designers like Fort Makers, Wintercheck Factory and Brendan Timmins—designers who tend to toe the line between art and design—Salvage Lab is an exhibition in Soho worth noting. The motive of Salvage Lab is to breathe new life into reclaimed materials like isolation foam, porcelain and plastic, and the results of this sustainable experiment are just as unexpected as they are beautiful. 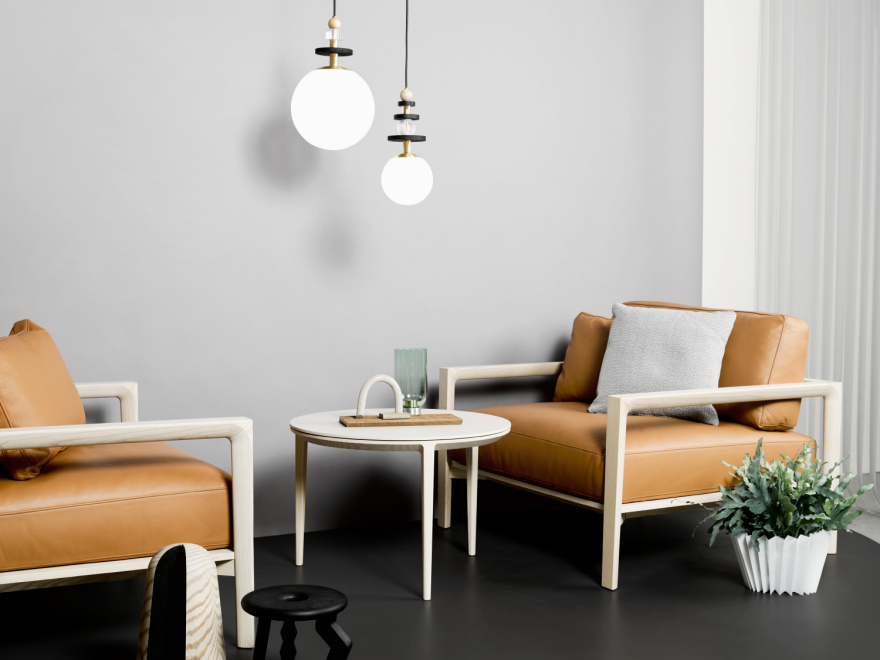 Ladies & Gentlemen Studio and new Australian design brand SP01 have joined forces to create a concept shop showcasing work from both design teams, along with rugs from CC-Tapis. The space is filled with pink, aqua and tan hued furniture, objects, lighting and rugs that come together to create one harmonious setting. It's tempting to plop down here for the rest of design week. 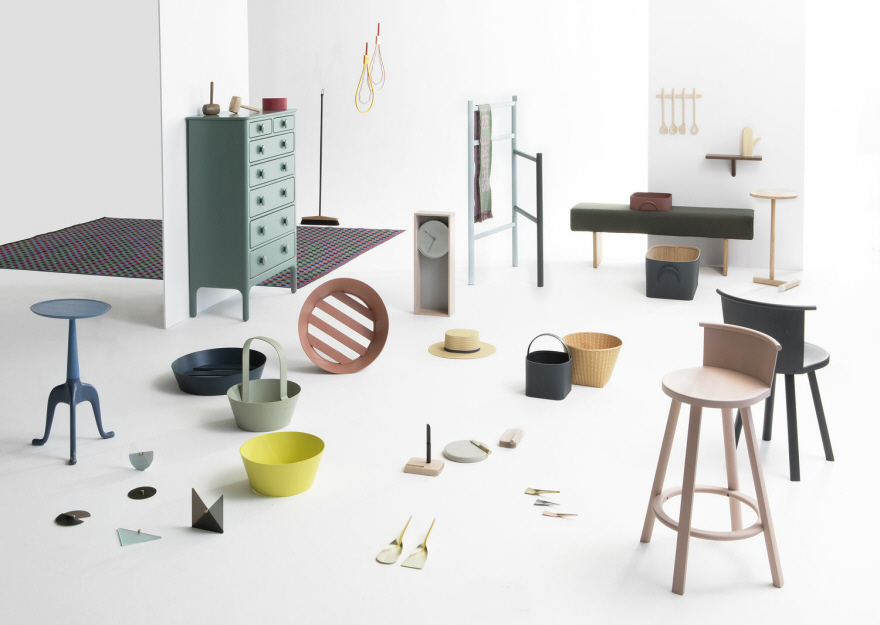 Furnishing Utopia, an exhibition of objects by contemporary designers honoring the diligent design work of the Shakers, makes it back to NYCxDesign for the 2nd time in a row. This time, they've teamed up with Design Within Reach to display the work in the company's Soho retail space. Along with all the works from their debut 2016 collection, the exhibition includes new works coming from Furnishing Utopia's founders, Oregon-based Studio Gorm, as well as Studio Tolvanen, Tom Bonamici, Anderssen & Voll, Vera & Kyte, Urbancase and more. 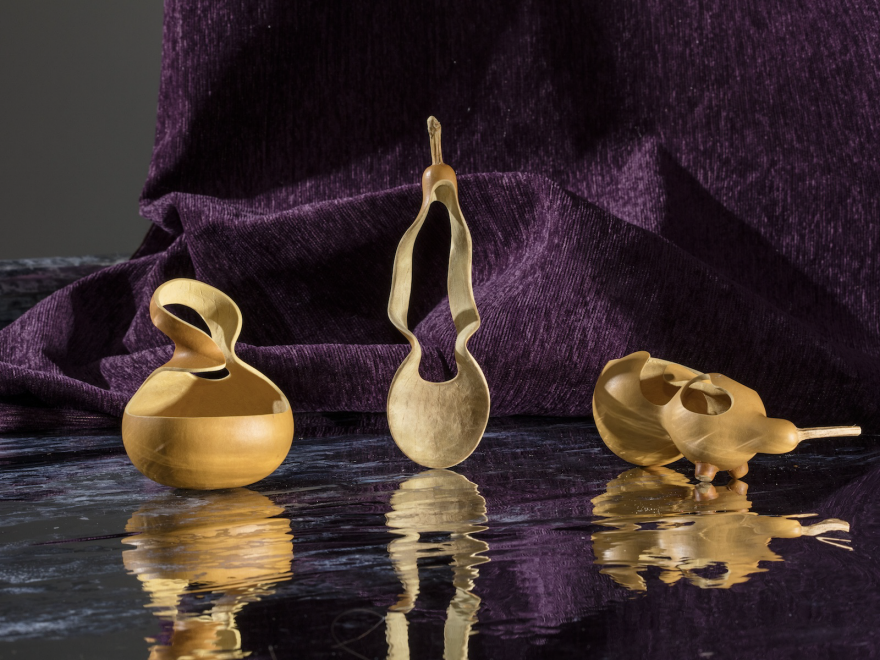 MOLD Magazine is celebrating their launch and NYCxDesign with an exhibition featuring five objects found in their first issue, and they're all about yogurt! The magazine on the future of food commissioned designers to reimagine tools for yogurt eating and making within a contemporary context. The five objects will be on display at Canal Street Market during Design Week.

Colony's current exhibition Lightness: The Full Spectrum explores what "light" is in all its forms and meanings. The delicate show is comprised of work of various mediums and from various designers, all experimenting with light in different and unexpected ways.

Lightness: the Full Spectrum is on display at Colony at 324 Canal Street 2nd Floor, runs through May 24 12pm-6pm

A Design Block Party in Soho 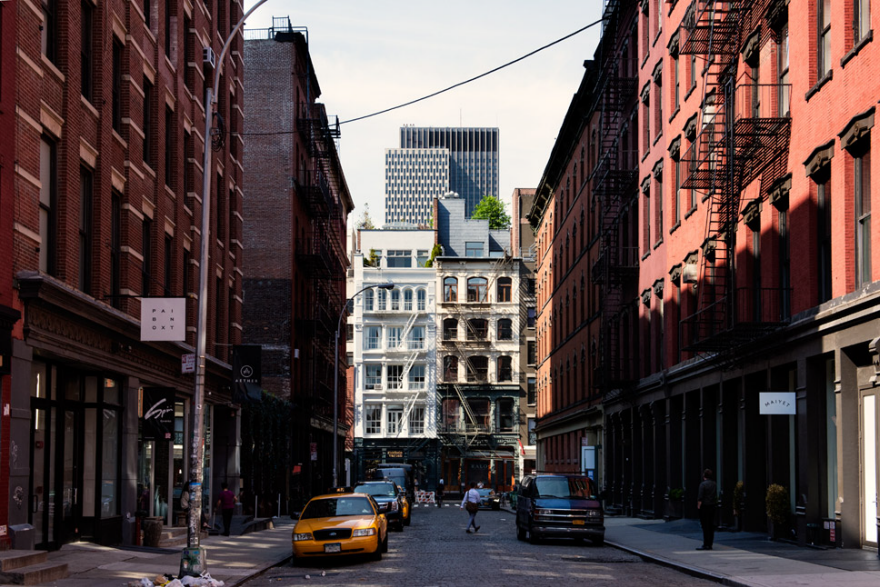 Kicking off this sudden summer weather surprise in New York is the perfect warm weather occasion: the city block party. On Friday, May 19th, Tom Dixon along with Dezeen will be taking over Howard Street in Soho to host a block party featuring drinks, tunes, and an "eye-catching" lighting installation by Dixon. Drinks, sun and design: what more do you need?

Design for Artists, by Artists: MIDTOWN at Lever House 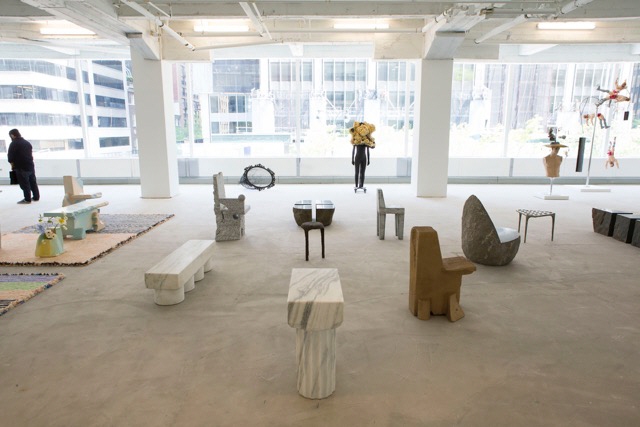 A show bringing together works by famous artists, fashion designers and storytellers, this exhibition of design objects curated by Maccarone Gallery and Salon 94 explores the sometimes blurry boundaries between "art and industry, high and low, fine art, craft, and design." Including works by artists Andrea Zittel, Urs Fischer, Nick Cave and Jessi Reaves, it also features work by unexpected players such as Laurie Simmons (artist and mother of Lena Dunham), fashion designer Rick Owens, and painter Marilyn Minter. "Together, the works on view provoke further questions about value," the press release reads. "If an object does not look slick, fabricated, and over-produced, does it have more integrity? If a work is handmade, is it more or less valuable? The fine lines between art and craft, artist and artisan, fade."

The Small NYCxDesign Shows Worth Seeing This Weekend