Braun collector and Dieter Rams fan Tom Strong believes the desire to collect is, "as insidious as marijuana"

Tucked away in Soho was one of our favorite exhibits on display during NYCxDesign: The Strong collection. On display at Vitsœ's NYC location, the exhibit featured around 75 items from Tom Strong's 250+ item collection of Dieter Rams-designed Braun products. Strong's diverse collection ranged from tabletop cigarette lighters to electric mixers, most of which were actually used by the collector himself. The pairing of well-loved objects and hilarious quotes from the opinionated Strong created a truly personal exhibit, a breath of fresh air from those featuring objects for sale. Needless to say, we felt like kids in a 1960s candy shop. 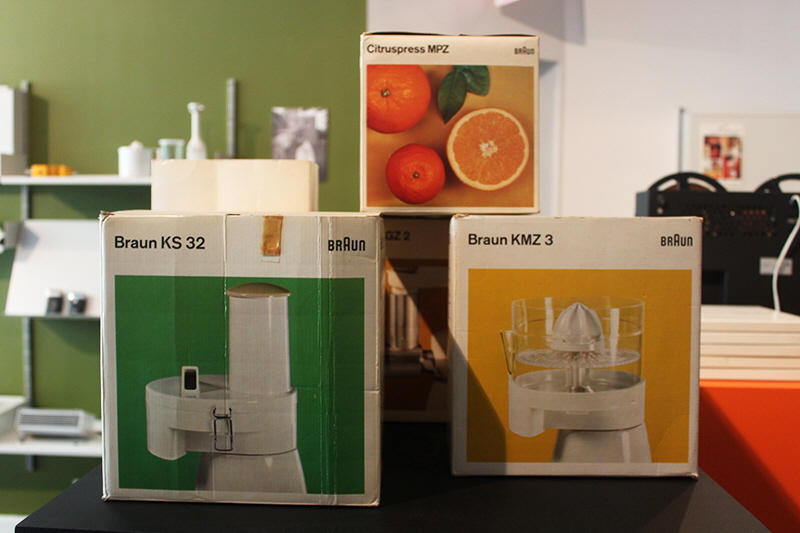 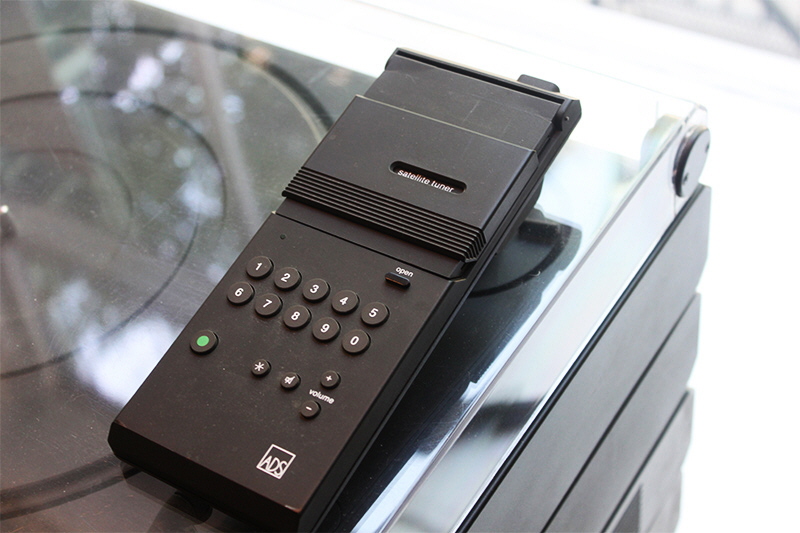 Remote control for the Atelier combination hifi system, Peter Hartwein, Dieter Rams, 1982-84. This example was branded ADS as they distributed in North America 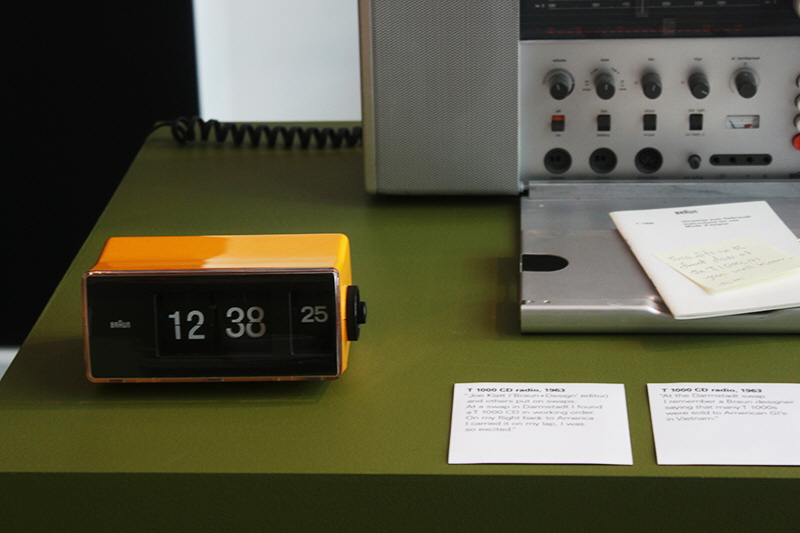 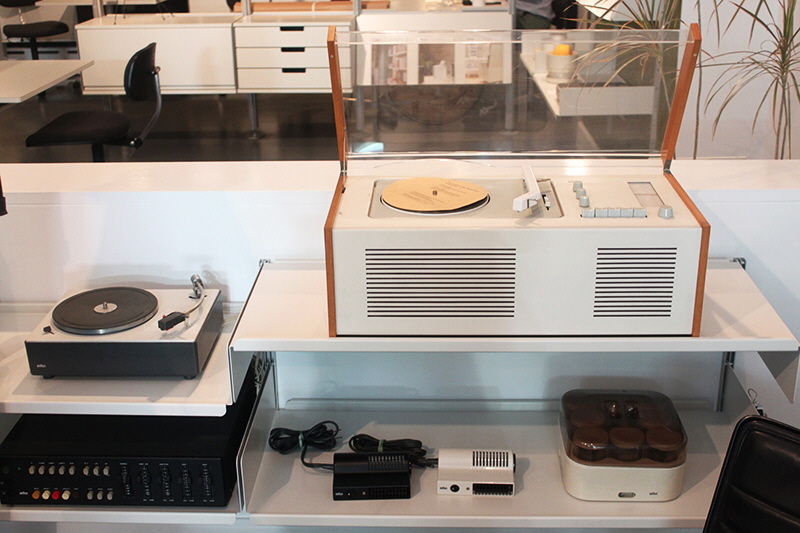 Strong started out collecting stamps at a young age, but transitioned to collecting Braun objects during his time in the US Army. The first item he acquired was a T1000 radio, and the collection kept growing as Strong gained an appreciation for the day-to-day usability and durability of Rams' designs. 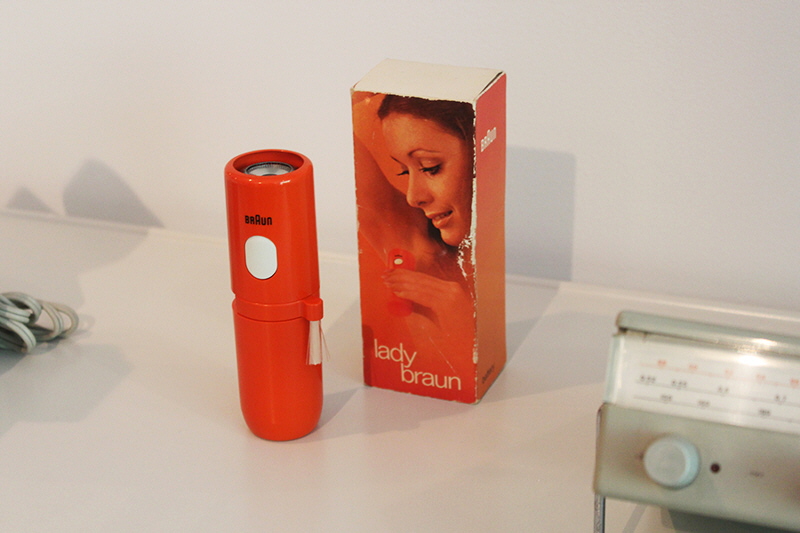 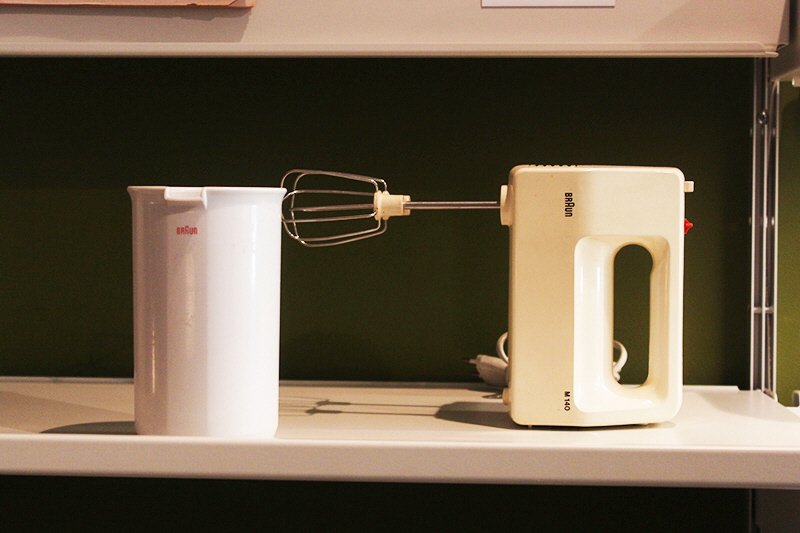 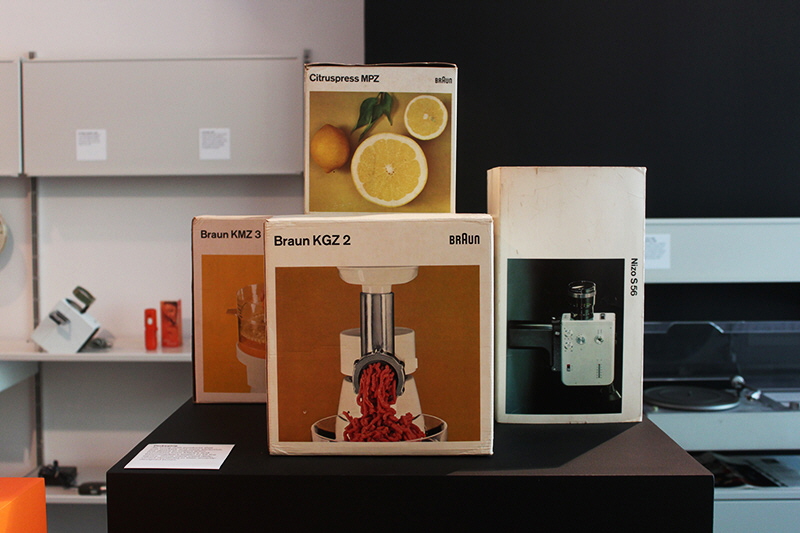 Strong noted to Vitsœ that he developed an obsession with grids in design school that carried over to his love of Braun packaging. 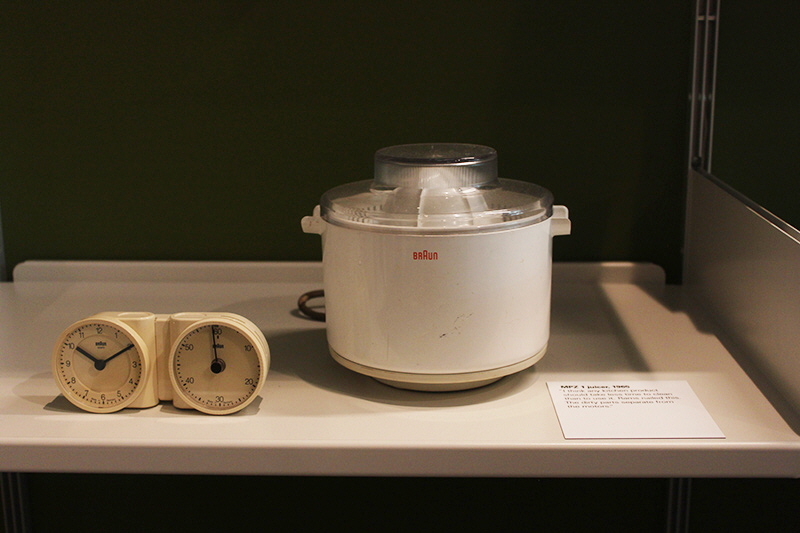 Through Strong's quotes littered throughout the exhibit, it became clear the collector appreciates Rams' attention to small design details. At one point, he calls out how Rams' kitchen appliances come apart in the right places for easy cleaning and how his controls '"told you quietly 'lift me' or 'push me'". 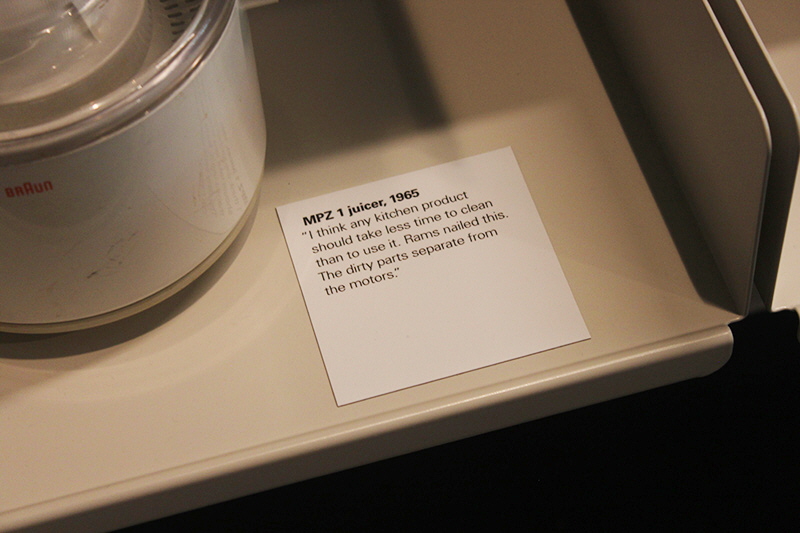 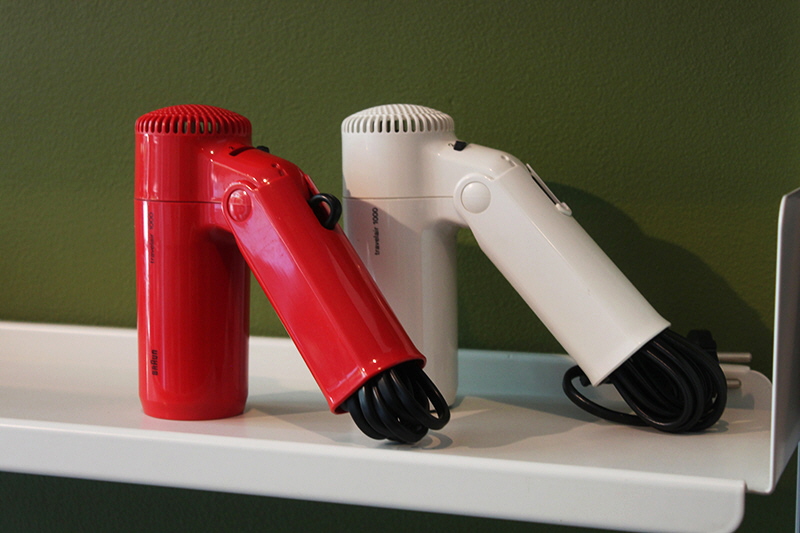 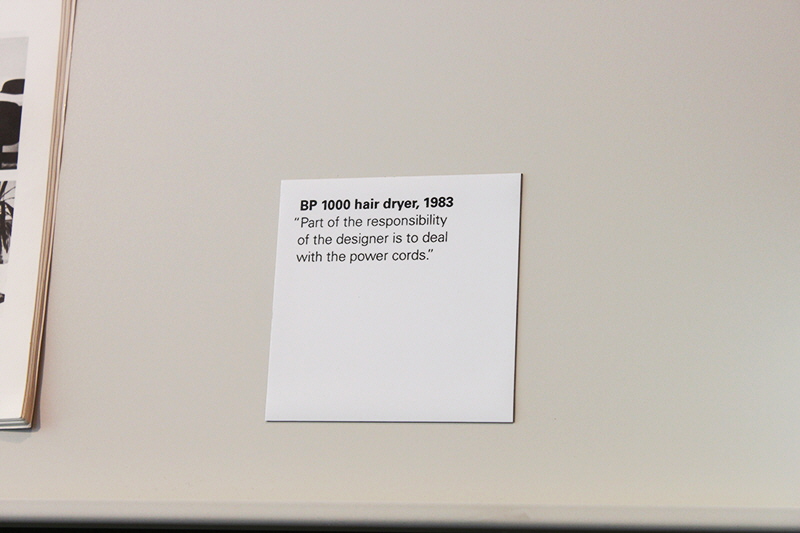 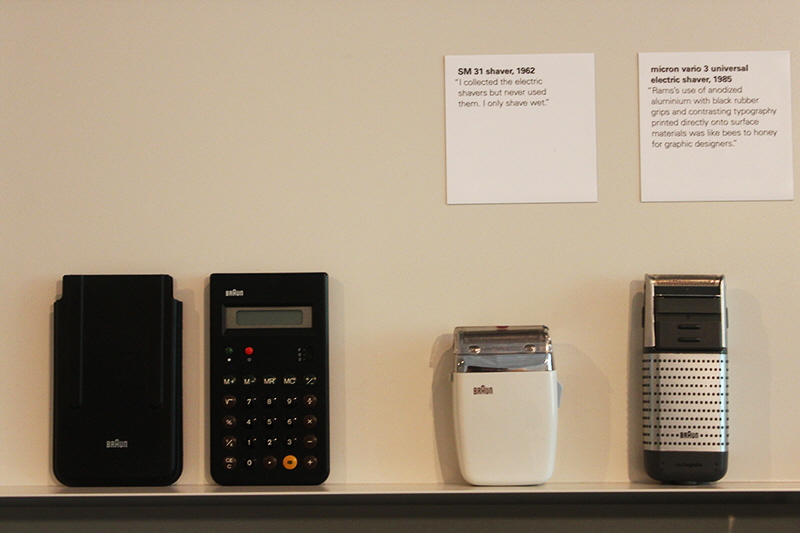 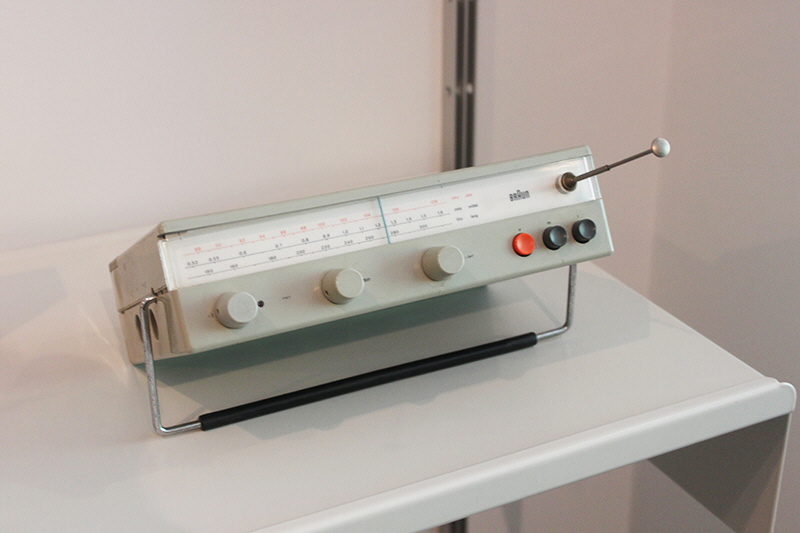 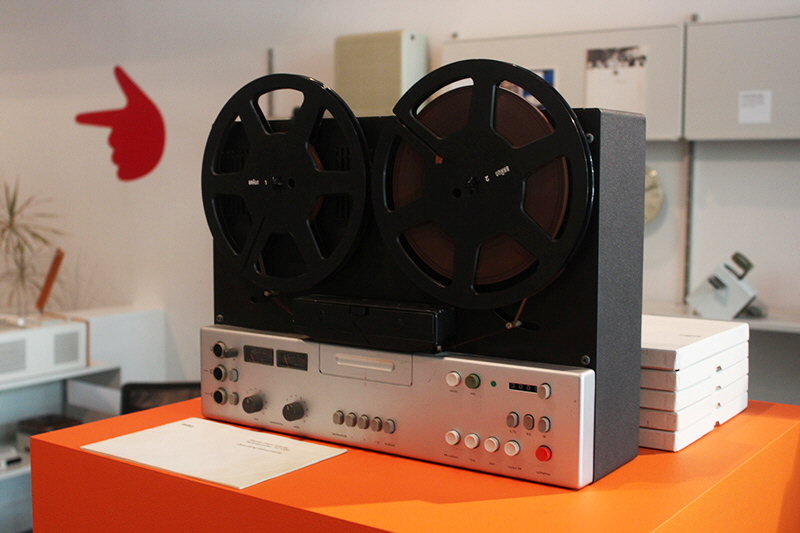 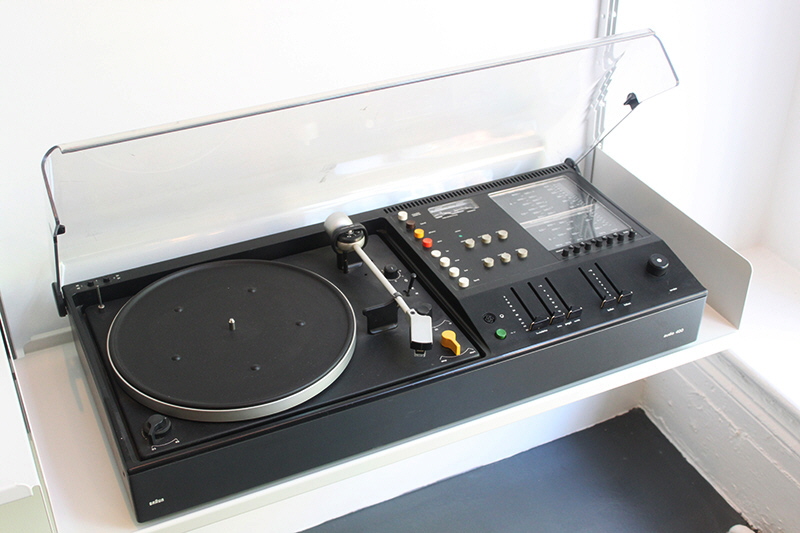 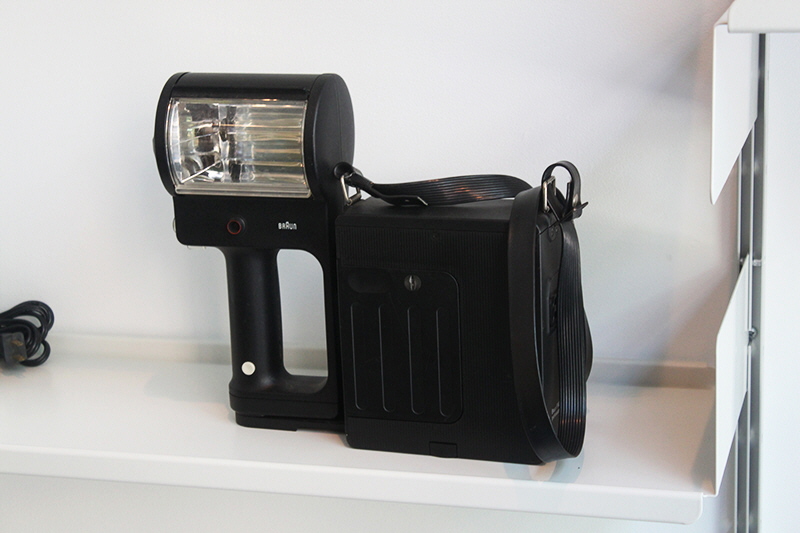 During his time at Braun, Rams found a way to clearly communicate the use of each product to the everyday consumer while keeping them beautiful enough to display in the home. Strong reinforced Rams' desire to make good design accessible to all by donating his collection to Vitsœ, who will soon move the entire collection to England where it will be permanently on display in Vitsœ's new building in Royal Leamington Spa. 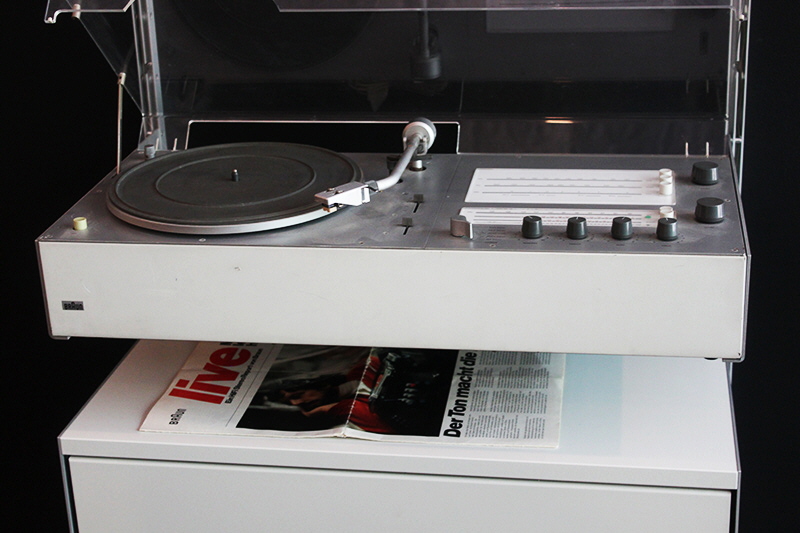 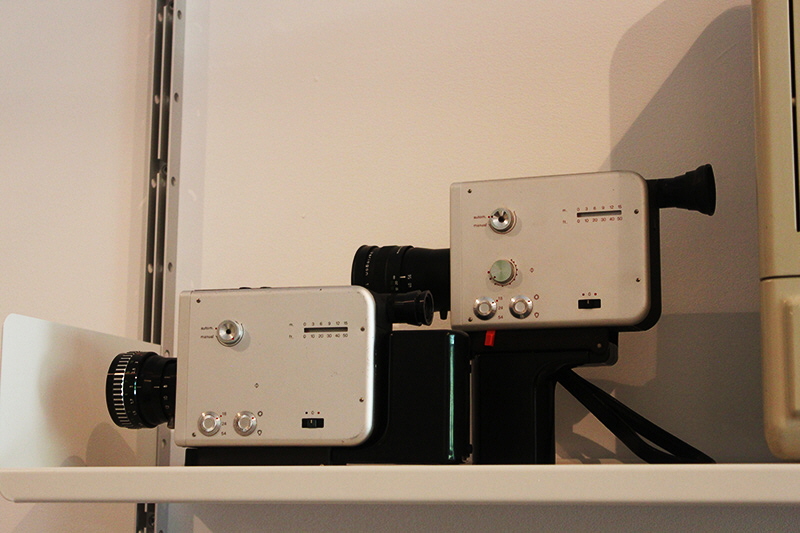 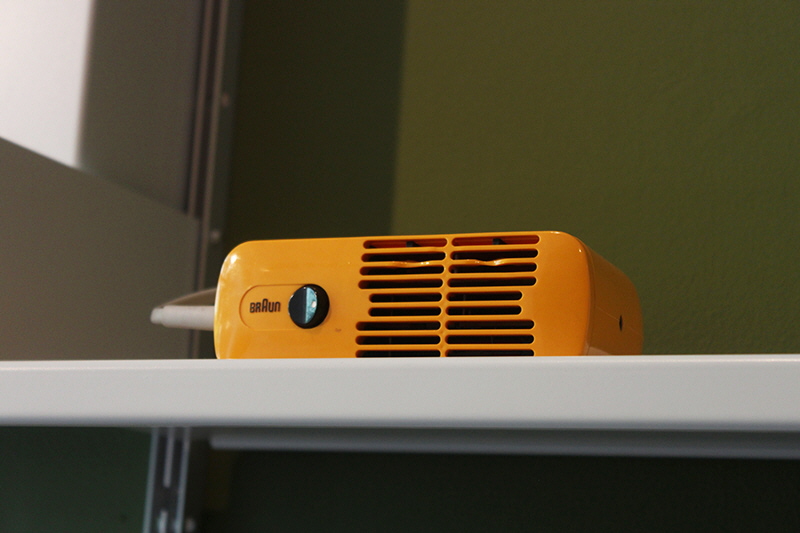 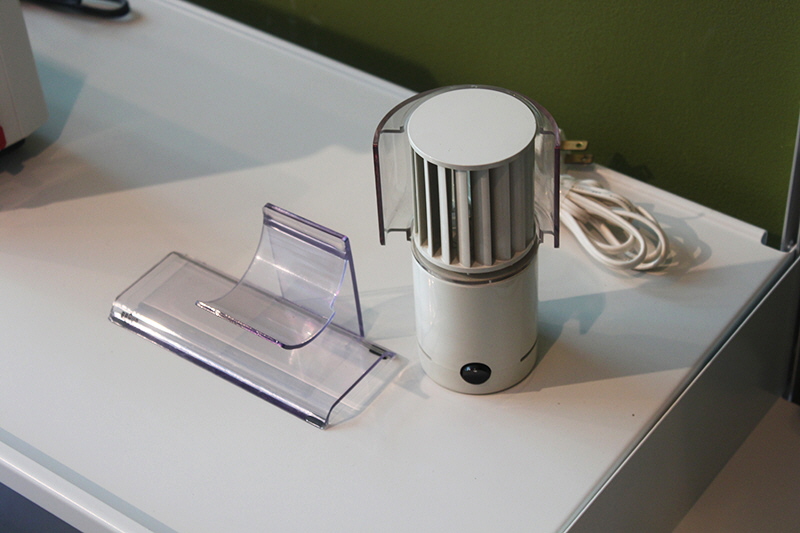 HL 70 desk fan, Reinhold Weiss, Jurgen Greubel, 1971.  The fan rests on the plastic stand when not in use. 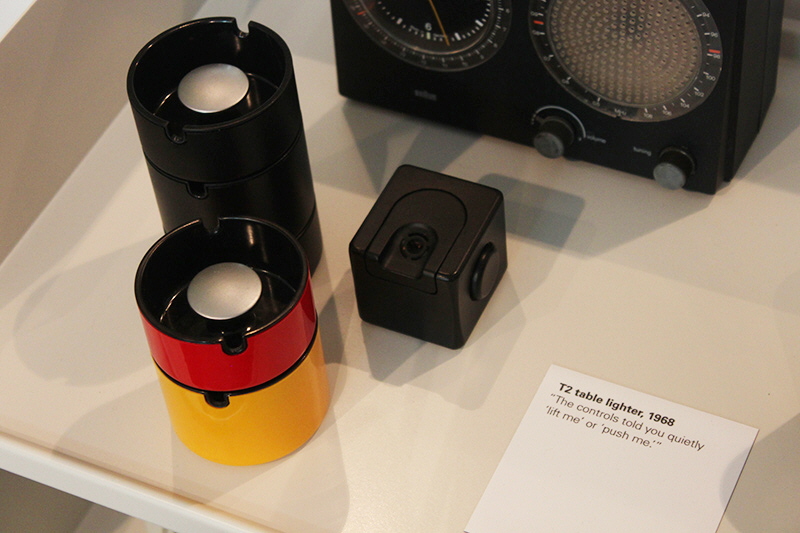 The Strong collection exhibit closes today, but the full collection will be on display later this year in England. Learn more about Strong's story and his incredible collection here.