The CEO/Owner of Staple Pigeon, Staple Design & Reed Space discusses the design industry from a business perspective in this two-part interview 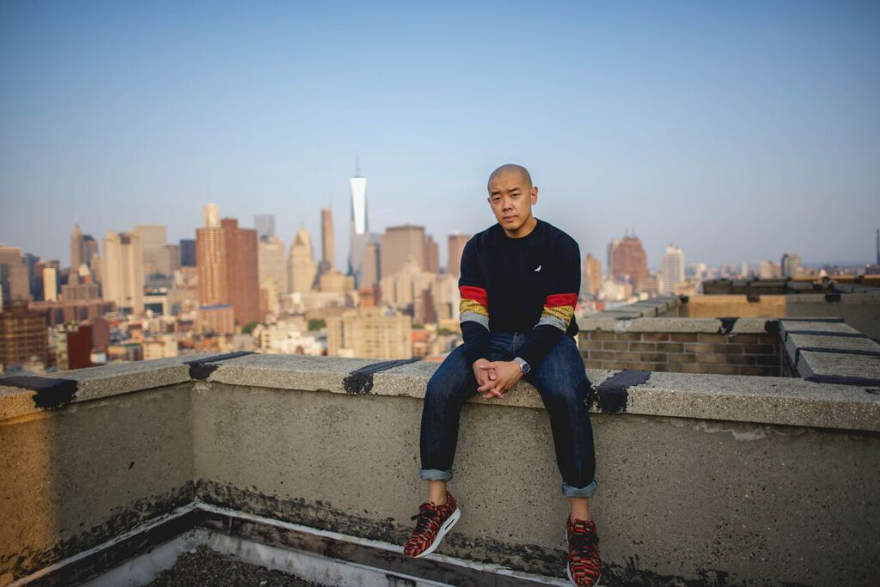 During this two-part interview, Jeff discusses different aspects of the design industry from a purely business standpoint, one designers often overlook, whether accidentally or intentionally. Part 1 is all about collaboration, managing teams across multiple companies and digital fabrication within the footwear industry.

C77: You're all about collaborations with other brands and artists—you've even made your own Staple concrete with Shake Shack. Can you talk about the role collaboration plays within the design industry as a whole?

That's why we go, kind of extensive, on the story-telling side of collaboration. We make videos, we do one-to-one interviews, or I'll do a talk with someone that I'm collaborating with just to show that there's more depth here than a yogurt company collaborating with a graffiti artist. We're actually brainstorming and thinking. 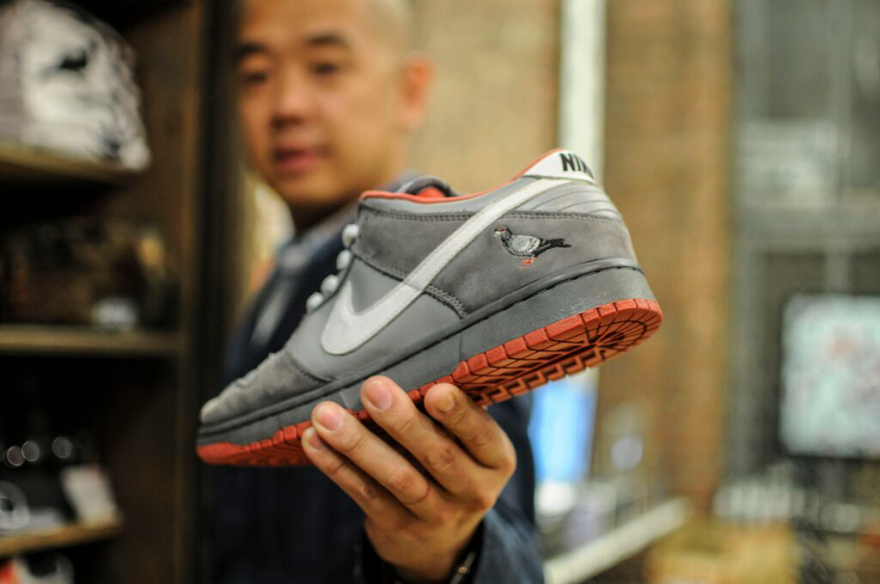 When people say "I collaborated with Nike"... like, nobody collaborates with Nike. There's 25,000 employees at Nike—it's publicly traded. You don't collaborate with Nike, you collaborate with a person at Nike that is representing the brand. But if that person leaves, there's not a hotline for Nike where you're just like, "Hey. I was working with this guy. Let's just pick up where we left off." No, it's a relationship—you have to rebuild a new relationship now.

It's so common to say, "I collaborate with this brand." What, you mean you call 1-800-NIKE, and they just send you stuff? There's no human interaction? There's a swoosh that just walks into your room? What does that mean? Like, no. There's people on email. You gotta get lunch with them, shake hands.

What is your favorite type of company to collaborate with?

If you look at our history, it goes far and wide. There's probably no real consistent thread. Maybe that is our trademark, I would say. In my industry— street culture, or sneaker culture, or youth culture—I would say 99% of collaborations occur between similar brands. Meaning streetwear brand collaborates with streetwear brand. And then, I think some companies—like Kith and Supreme—also do it very well, where they collaborate outside the box. I think they do a good job because they are able to collaborate outside the box but still within the vernacular of their community. One of the ones that Supreme did that I always loved from a strategic standpoint was their collaboration with White Castle. Which is like, why the fuck White Castle? But then it's like, yes. White Castle. It's perfect. 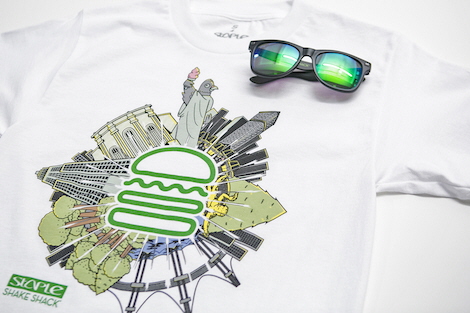 But White Castle x Staple would not make sense. I think our community doesn't really resonate with that instinctual "ah-ha" moment of White Castle. And so, you mentioned Shake Shack. We did Shake Shack, which is another New York story, but it couldn't be any more different than White Castle. There's nothing wrong with one or the other, it's just interesting how brands can have different takes on it.

How do you balance all of your work with outside companies while designing your own collections for Staple Pigeon?

Humans. Lots of humans. It's another form of collaboration. I have an incredible team—between the three companies, there's probably 60-ish people involved in everything, and everyone has their own responsibilities and jurisdictions.

Sometimes that's good, and sometimes that's confusing. The plus side is, I don't think it would work if all 60 people had to collaborate on everything. Sure, in an ideal world, there's full transparency and we have daily meetings like, "Alright production guy, here's the new brand we're picking up at Reed Space." That would be great for him to know, but it's too much information for people.

There has to be a filtering, and it's my job as CEO to kind of filter that information and parse it out. You know that saying, you're on a need-to-know basis? Unfortunately, you're on a need-to-know basis. You have to get this collection out. You cannot be concerned with which sneaker we're getting next week at the store or our new client that we picked up. Often times, what does happen is something will come out of one entity and it'll be a surprise to them. And the negative, then, is that they feel left out.

I have friends that work at Apple, where one guy or team will only work on the keyboard, and they won't know what's going on with the trackpad. Some top guy knows everything, but each team doesn't know what the other team is doing, and they're sworn to confidentiality. That helps with secrecy so that no one person could have the power to know everything that's happening. One person knows the shell, one person knows the dongle, but not everything at once.

I know the guy who worked on the Mac Pro, which is like the black trashcan. All he did was work on the shell. He was like, "I'm just making a trashcan? I don't understand. I'm just making this black can." And then it wasn't until the keynote where he was like, "Oh my god. It's a fucking full computer." 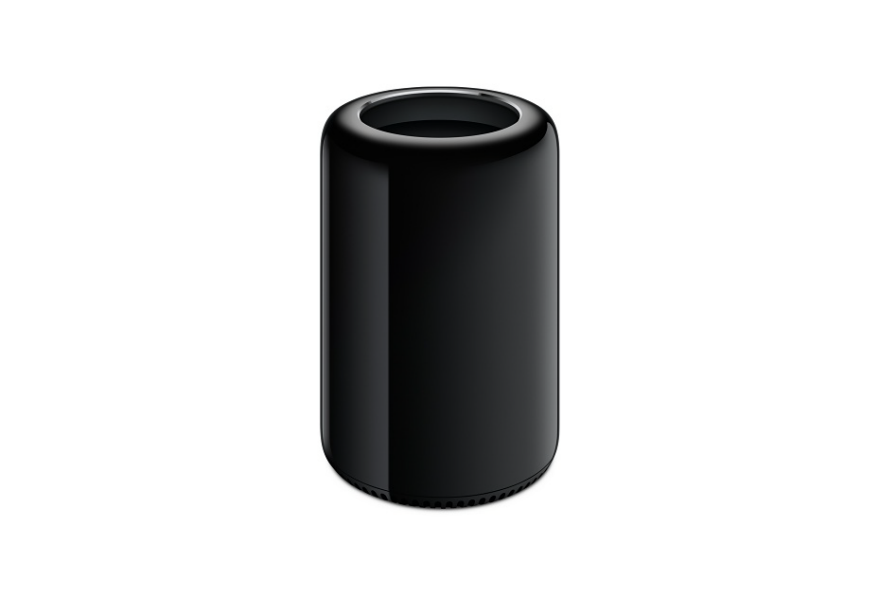 You're currently celebrating Staple Design's 20th anniversary. Reflecting on the past 20 years, what has been one of your favorite projects to work on?

I'd have to say one of my personal favorites is the sneakers for Nike Considered. Nike had this rogue project within the company of a very small team—I'm talking like four people—that wanted to make a completely sustainable and closed loop shoe. Meaning, somehow, if the uppers can either completely deteriorate naturally, or are reusable, and the outsoles could be reground 100%, then you have a completely recyclable shoe. That even goes into the packaging. There's usually a sticker on the box, but that sticker can't be made using adhesive, so we had to figure out solutions for that. We even had to consider that the aglets—the little plastic tip at the end of a shoelace—couldn't be plastic because they wouldn't deteriorate, so they ended up being vegan tanned leather instead.

There was actually a lot of internal pushback at Nike because a lot of people thought that, "if we say this shoe is completely good for the earth, then what are we saying about the other 2,500 shoes we're making every year? Are we saying they're bad for the earth?" It was sort of a PR conundrum of what to do.

Speaking of sneakers, material choice and technology are clearly a focus in the industry right now. We've seen it with the adidas Futurecraft 4Ds, Reebok's Liquid Speeds, and plenty more. What are your thoughts on this digital fabrication race in the footwear industry?

To be honest, I think it's needed, but I also think there's a bit of a gimmick behind it. Don't get me wrong there's a percentage of the population that really lives and dies by that performance and need. But it's more so a rallying cry for the brand. It's more of an inspirational thing for not only sneakerheads, fans, and collectors alike, but for the internal team. Somewhere in those brands, there's someone coloring shoes for Walmart—let's not get it twisted. That person is responsible for a lot of money in the company, and when they see Futurecraft 4Ds and when they see Yeezys, it makes them feel empowered like, "I'm part of a bomb-ass company. And even though I'm down here in the basement schlepping shit and making 20 million dollars for the brand—I'm gonna make it better. There's something that I can innovate out of this." That's something that most companies won't say.

Sure, Kanye West and what he does for adidas and his Yeezy division is amazing. But actual Yeezy shoes to sales percentage for the company is like a pebble. What it does do, is it makes young people be like, "Yo. Have you heard about John Wexler? He actually made that happen." If it wasn't for Kanye, John Wexler would be just a cog in the system. And then John worked with this guy, Paul Gaudio, and Paul Gaudio would just be a designer at his desk. But now, these people are elevated to hero status to kids.

I would say, for Nike's side, it happened back in the day with Michael Jordan—that was Kanye. Tinker Hatfield was the residual side of that and then Mark Parker. It's actually a mirror image, if you see it that way. Michael Jordan was to Kanye at Tinker is to Wexler as Mark Parker is to Paul Gaudio.

Do you hope to experiment with any new materials in the near future?

Hopefully shoes—printing and stuff like that. Clothing is not as crazy as shoes in terms of innovation. What's really interesting, though, is what they call on-demand or direct-to-garment, where there's no longer stock. So, as the designer, I don't even touch the product. That's kind of interesting. It's also kind of scary.

Check out Part 2 of the interview here.