For understandable reasons, the focus during NYCxDesign tends to be on independent designers, design studios and college students—what other demographics are out there designing for a better world? We often forget that designers under 20 years old are now learning digital fabrication at school right under our noses, starting in just the third grade. 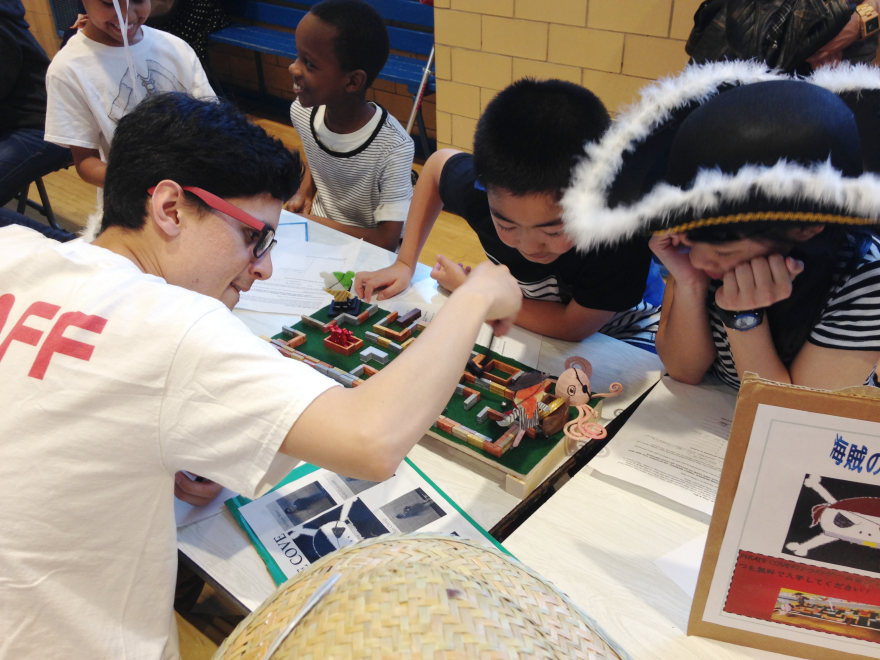 This team even had signage in over eight languages to encourage people of all backgrounds to play. Photo: RPGA Studio

During this year's NYCxDesign, CC3DP held their 3D printing design challenge at P.S. 175 over in Queens. When we were asked to judge the competition, we weren't sure what to expect—teams of elementary and middle schoolers 3D printing sounded like it could go really well or get really messy. To our pleasant surprise, the students' final projects were almost as impressive as their group dynamics—they worked in teams of an average of 6 students, and we didn't witness any Kanye-esque disputes over the creative process. 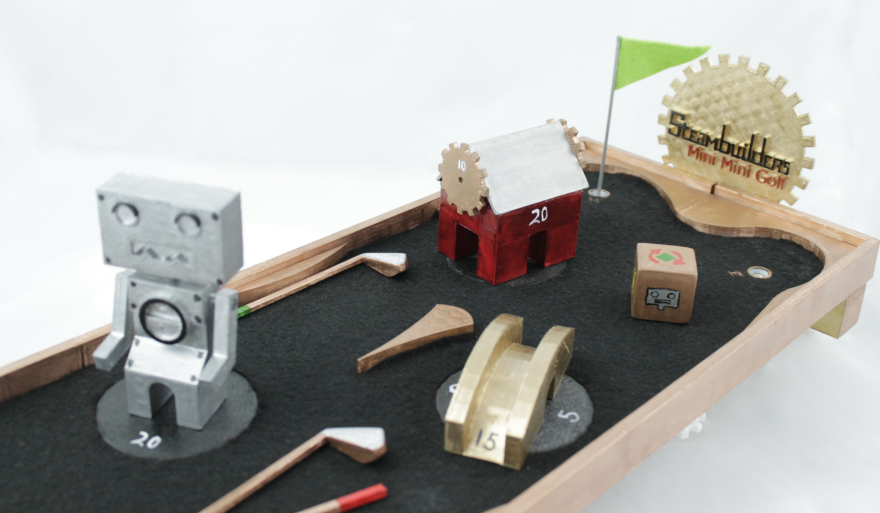 The gears on the house turn! Photo: David Samuel Stern 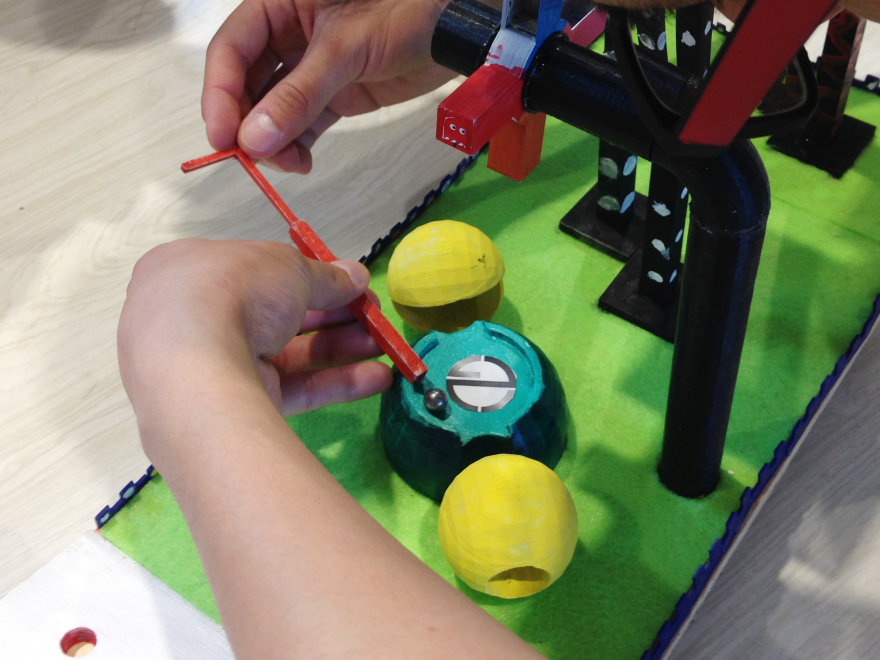 This team designed a golf club that works as both a regular gold club and a billiards stick. Photo: RPGA Studio 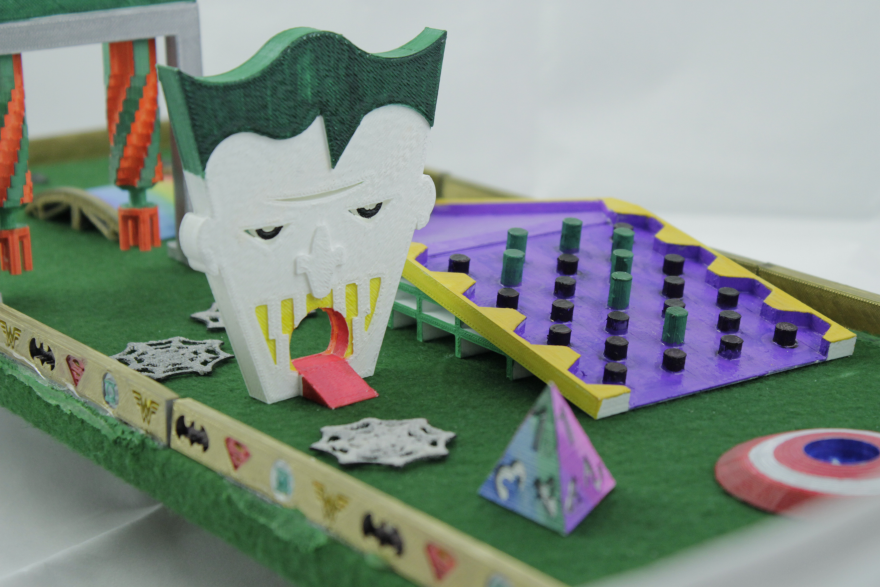 Check out that crazy hand etching on the side of the 'Heroes and Villains' course! This team's attention to detail was impecable. Photo: David Samuel Stern

The teams came from public schools all around New York City, with one team even hailing from New Jersey. Each team was faced with the same challenge—design a themed mini-golf course in SketchUp then 3D print the course's obstacles, build the course and create a branding experience around the course, all within only 10 weeks.

During the final event, the students presented their designs to a panel of judges (that's where we came in) then had the chance to play their courses with everyone at the event. 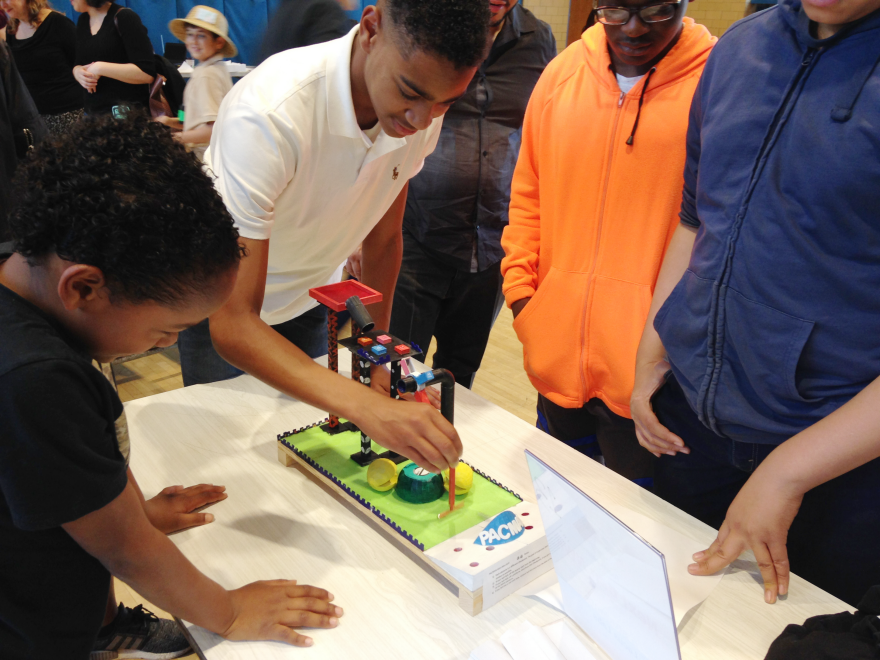 Testing out the courses with other students and family. Photo: RPGA Studio

What was most impressive actually came before the presentations, when each team was challenged to a live SketchUp competition. The teams were asked to design two fixtures for an outdoor library—in just one hour. Watching the kids work in SketchUp at that fast of a pace was jaw-dropping, especially in such large groups. The kids truly joined forces to focus on the most important task at hand—designing the fixtures—and acted as if they didn't have time to argue over creative differences. Older designers take note... 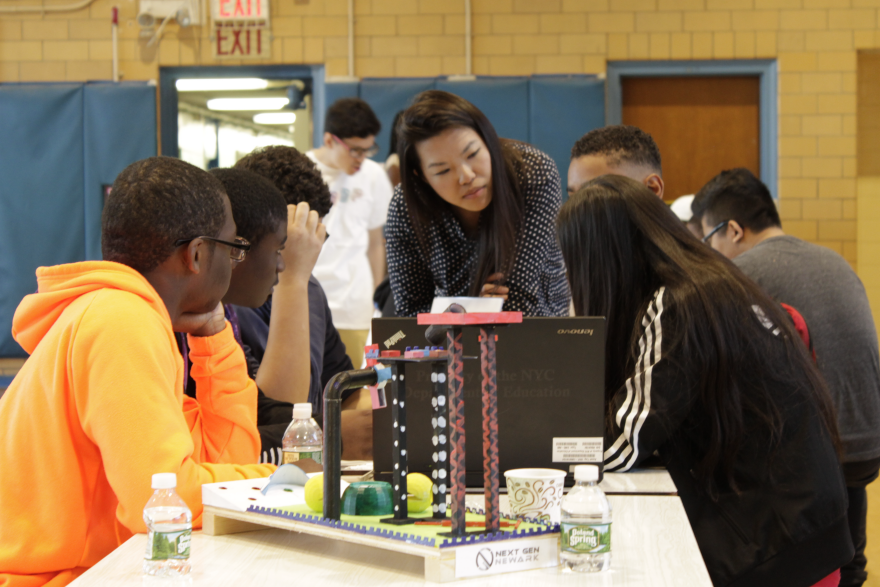 Students brainstorming at the beginning of the live challenge. Photo: David Samuel Stern 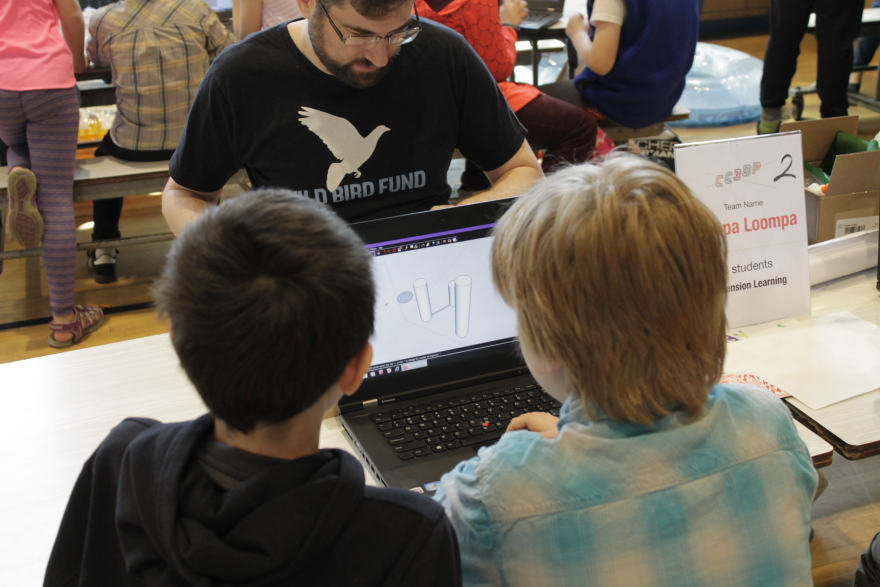 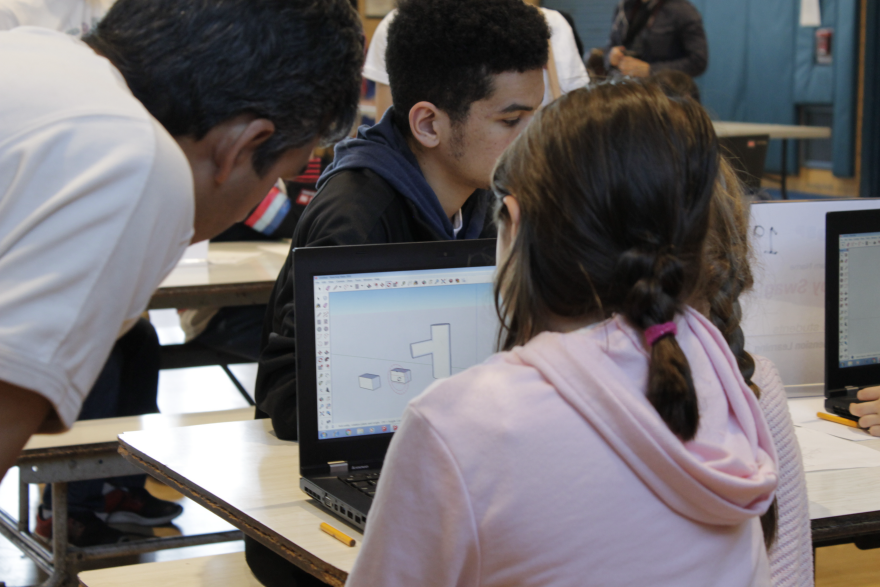 Getting some tips from their coach! Each team had one coach to supervise the printing and design process. It was shocking—in a good way—how little they were actually involved. Photo: David Samuel Stern

Technology is advancing rapidly, which makes it all the more inspiring to see the NY public school system even attempt to keep up by partnering with programs like CC3DP and companies like Shapeways, who donated printers to some of the groups that didn't have access to the technology.

It was impressive to see how engaged all of the teams were in the design process—let's just say judging was equal parts exciting and heartbreaking after seeing how invested the kids were in their designs. We're very proud to have judged this competition, and we hope the kids involved continue to take interest in digital fabrication as they continue with school.