When the designs transitioned from workshop to factory

I was at the Metropolitan Museum of Art this past weekend with a guest, and we ended up in one of the 20th century galleries that I almost never visit. On display among the paintings were four 20th century chairs (from the left). The "Zig Zag" chair by Gerrit Rietveld (1937), an armchair by Koloman Moser (1903), the "31" armchair by Alvar Aalto (1931-32) and the "DCW" Side Chair by Charles Eames (1948). 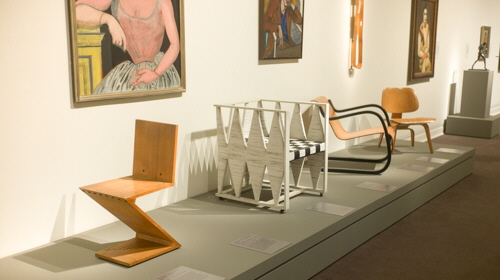 By the very fact of the display, the Met shows that it considers these chairs important landmarks of 20th Century furniture design. But to me, the chairs also signify the shift in furniture craft: from the craftsman making furniture for a client to the designer making furniture specifically for mass manufacture.

The Rietveld and Moser pieces were designed to be made in a typical cabinet shop. We sell a great book about Rietveld, complete with plans, and you can pretty much make everything in his book with a fairly basic shop. I am not familiar with Moser, but the Moser piece is also pretty accessible. It's woodworking. I get it. 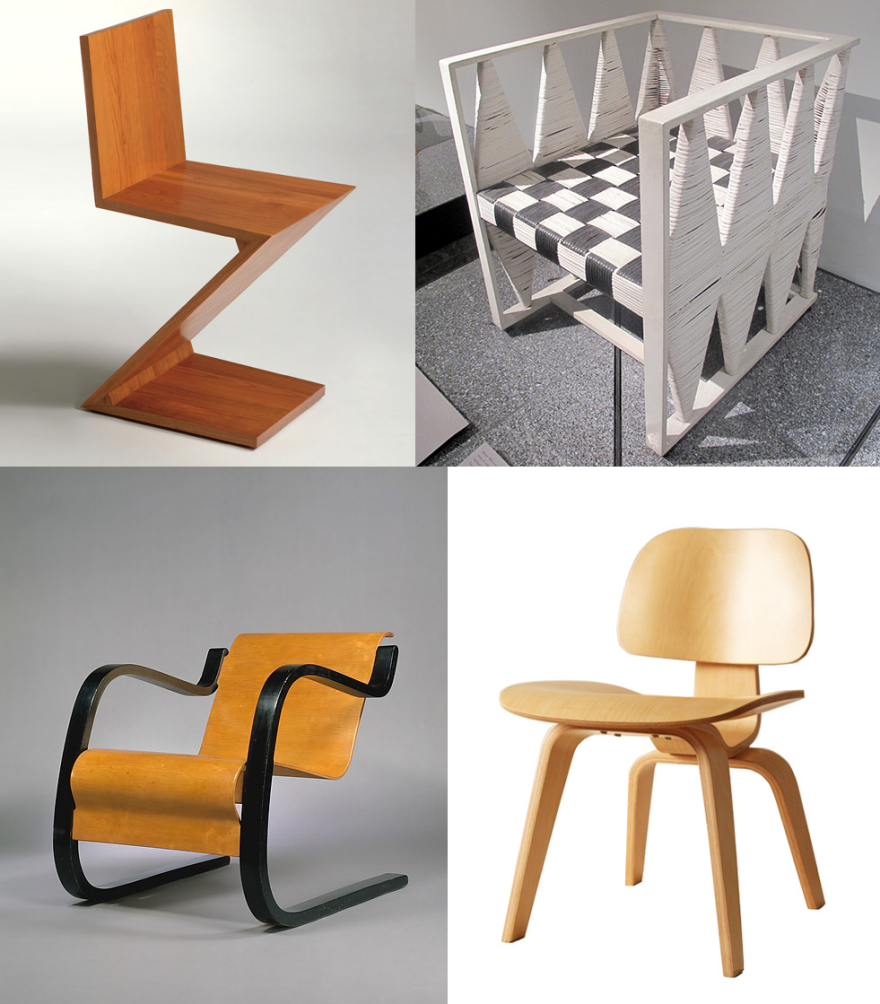 The Aalto and Eames pieces were designed for manufacture. Their clients were furniture corporations, not a person. To make either piece, you would need forms, presses, and equipment. Even if you only want to make one chair, you would still have to make molds and forms for the bent plywood. Most of the work is in the forms, and once you have done that, making multiples is fairly easy.

The Aalto and Rietveld pieces date from about the same time, but it's clear to me that Rietveld is looking backward at the A&C movement and its idea that furniture should be accessible to anyone to build. Aalto, on the other hand, is looking forward to the disconnect between the factory, which can manufacture his flowing designs, and the individual maker who is then left in the dust.

Now, before you point out to me that most American furniture was made in factories, let me point out that the furniture factories of the early 20th Century America made traditional furniture the traditional way—just faster, with the aid of machines. Stickley made his A&C furniture in a factory, but he published plans so that any competent shop, amateur or professional, could make a copy. (Maybe not as efficiently, but certainly as well.)