"Between 2001 and 2012, 63,300 American factories closed their doors and five million American factory jobs went away. During the same time, China's manufacturing base ballooned to the tune of 14.1 million new jobs." Beth Macy - "Factory Man" 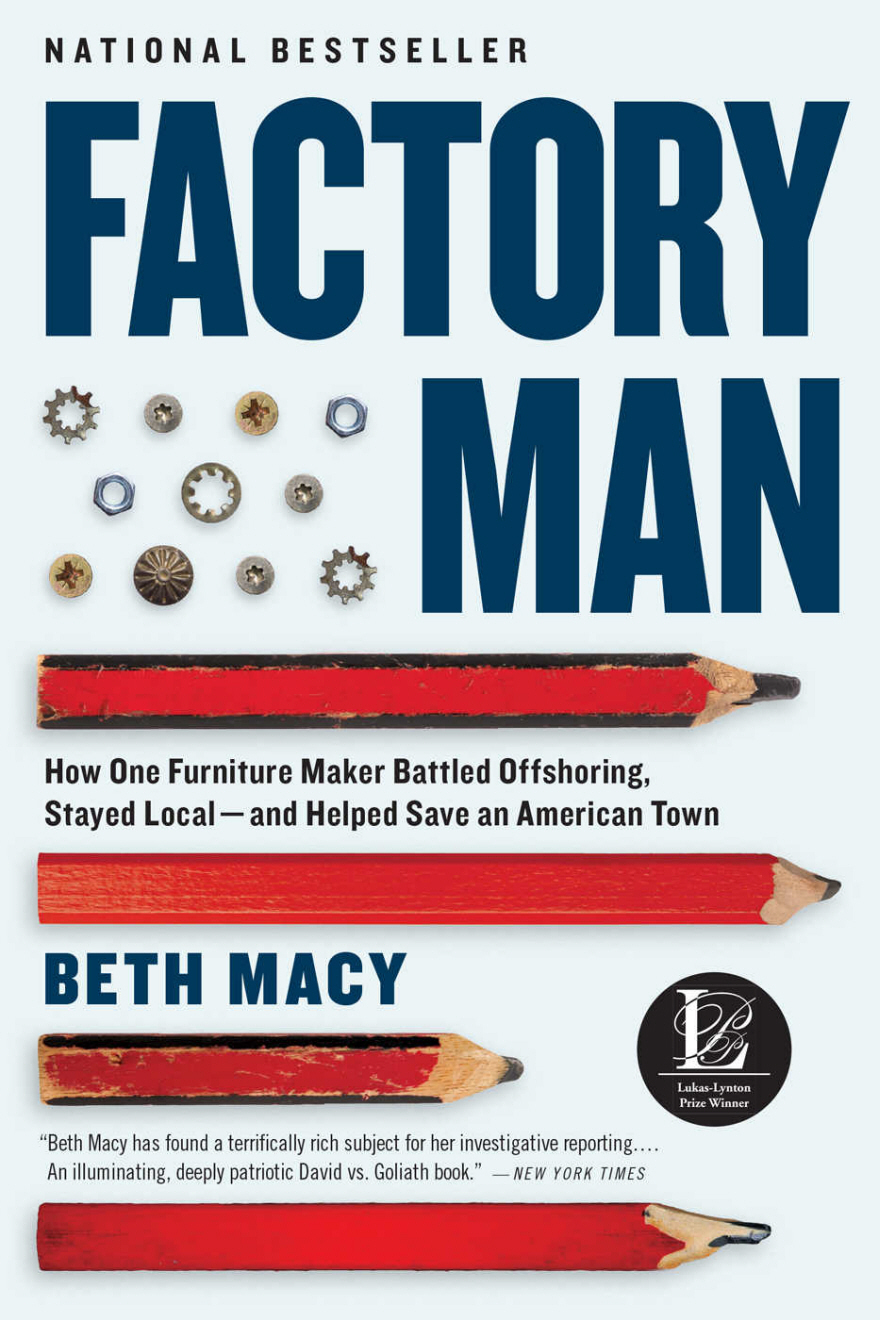 Beth Macy's "Factory Man" is a compelling read about how the American furniture industry developed in the 20th century, only to collapse in the face of Asian imports. I was really excited to get my hands on a copy.

The first half of the book is about the rise of the Southern furniture industry, and how, beginning in 1902, the Bassett family turned forests of Southern trees into the largest furniture company in the country, decimating the Great Lakes manufacturers of the 19th century in the process. We read about John Bassett, his family, his factory town, Southern class structure, the ins and outs of "good ol' boy" competition, and of course some family scandals. It's absorbing, wonderfully researched, and a great read. Beth Macy really knows how to write.

It's the second part of the book where things get ugly. Beginning in the 1990s Asian imports decimated the American furniture industry. Company after company either folded, or closed their factories in favor of importing. At this time retailers, especially the big ones, dropped American makers and started buying directly from Asia, mostly China. By this time John Bassett III, had parted ways with the original family firm and went on to head Vaughan Bassett, a company founded by other relatives back in 1919.

JB III, as he is called in the book, realized that if retailers imported directly, middlemen had no future. And at least some of the Chinese furniture was being sold as such a cheap price that, even taking into account the low wages in China, prices were below cost and the Chinese companies were dumping goods to destroy the American furniture industry (which they largely did). JB III did four things:

He was forced to close a lot of his factories. He modernized the factories remaining with the latest equipment. He began offering faster delivery and more customization, and finally, sought protection from the ITC from the dumping. The details of what he did and the opposition and challenges he ran into make for riveting reading. It was clear from the start that the Chinese makers were dumping, but opposition by lobbyists on their payroll, retailers who liked the cheaper stuff, and pundits who deemed globalization inevitable was fierce and not necessarily wrong. It's even a fair question to ask at the end of the book: What was more important to the survival of the company? Government tariffs, or changing the way the company did business? Macy has the knack of showing how a personal story with real people fits into the larger picture of a company and an industry.

This book is not about furniture—it's about the furniture industry. It's about how business decisions and trends affect the lives of actual people. Whether you are JB III trying to protect both the livelihoods of others and your personal fortune, or one of the many employees of Bassett that are profiled in the book and lost their jobs in one factory closing or another, this book is about globalization from a actual people standpoint.

If you run a custom cabinet shop you will be interested to know that the trend of these large companies is to use their close proximity to customers and advanced machinery to become more and more like a custom manufacturer. As an aside Macy mentions one furniture factory that, not being able to complete in furniture, began selling custom drawers to custom cabinet shops. Sound familiar? I know many cabinet shops that outsource drawers and other assemblies to companies like that.

The one flaw in the book is that Macy doesn't include any pictures of the furniture that Bassett and Vaughn Bassett made. These days Vaughan Bassett sell only American made furniture, and you can check out their website here.

As for the book, we don't stock it—but Barnes and Noble does, as does Amazon. Even better, buy it from your local independent bookseller or through the factory so they make a few bucks .