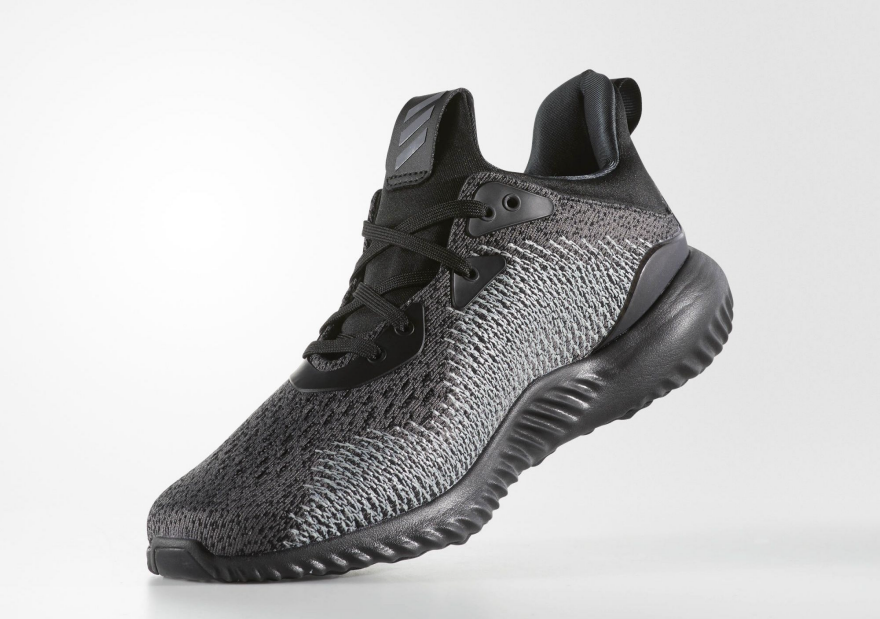 At the beginning of the month, adidas unveiled their newest materials experiment, FORGEFIBER. The difference between this new manufacturing method and what we've been seeing in the industry lately is simple—no 3D printers. I know, crazy. Instead of 3D printed material, FORGEFIBER focuses on knit technology, varying densities with a TPU coated yarn that's then stitched and forged onto the sneaker's upper.

As a nod to organic cell structure growth, the Future team focused on patterns found in nature to develop the FORGEFIBER knit structure. The result provides targeted zones of stretch and support that can eventually be tailored for individual athletes. The technique was used to create a limited run of alphabounces, which can be purchased here.

Members of the adidas Future team, designers Jacques Perrault and Jason McGinnity, stepped away from the lab to share with us some more information on FORGEFIBER, their thoughts on designing personalized footwear of the future and the problems they run into while doing so:

The Future team has been heavily experimenting with materials that have the ability to vary in density, as seen with the 3D Runners and Futurecraft 4Ds and now with FORGEFIBER. Can you speak about the role material density plays in personalized footwear?

Jacques Perrault: The foot itself is a heterogeneous, multi-functional object. For the adidas Future team, modern approaches to design are about getting closer to people and their sport. Creating varying functional stiffness and response are the best levers to turn to make footwear more intimate and personalized. The core concept here is that by making product closer to the desired function, we can improve performance.

Jason McGinnity: This level of control at the material and process level is what we're constantly trying to push for. Ultimately what comes from this is a feedback loop in the creation process where we're able to quickly iterate and validate these new concepts with our engineering and sport science teams, with a much higher cadence than we have been able to in the past.

We ultimately want to get as close to the processes that create the product and find new ways to make use of the tools at our disposal—foot scans, ARAMIS data, force plate data, athlete assessments—and translate those into meaningful changes in the final product.

In terms of the FORGEFIBER, can you elaborate on the importance of heat and pressure in the stability of the sneakers?

JM: Heat and pressure are the key to creating the fully integrated reinforcement from the stitch structure. We can achieve a certain level of strength using these same stitch structures with a conventional thread, but by using this coated yarn and applying heat with a specific amount of pressure, we are able to fuse the structure into the base material and create that integrated reinforcement in a controlled way not previously possible with die cut laminated TPU films. 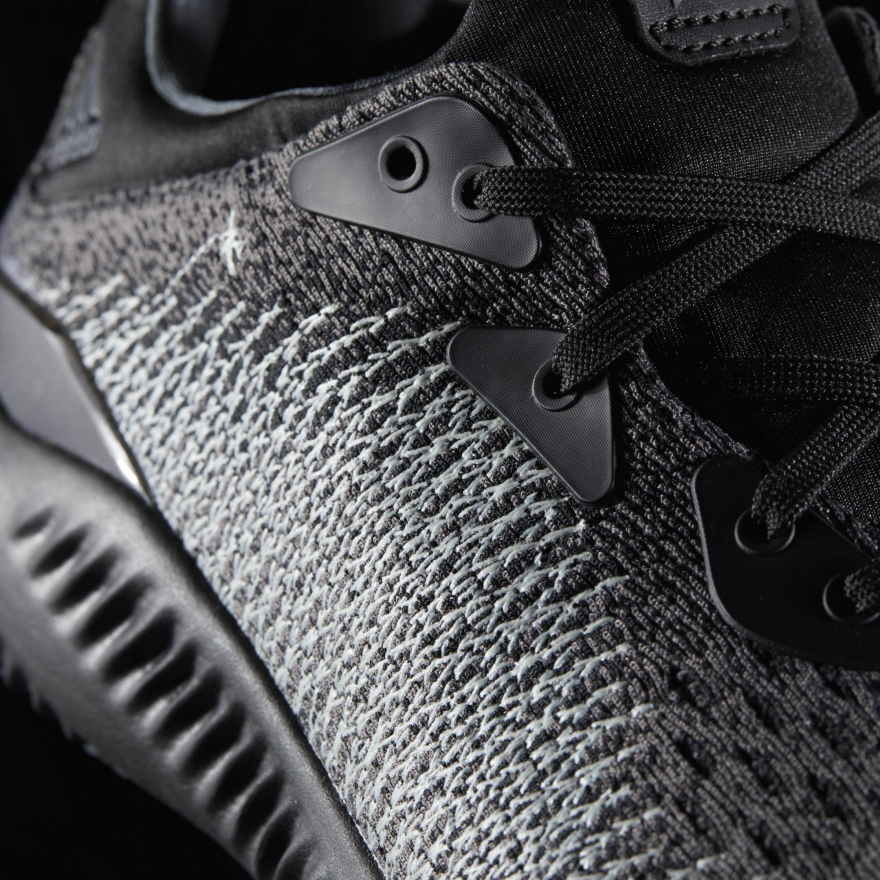 A classic example is the adidas Copa Mundial—the stitching through the forefoot is there to control the natural stretch in areas of a kangaroo leather hide. By getting hands on with the process and building a deep understanding of these new materials, we are able to formulate new approaches that achieve higher levels of control of that stretch and reinforcement, while significantly reducing the amount of material needed to achieve those results. It also allows us to target fit, breathability, and flexibility.

Did you run into any challenges when figuring out this process?

JM: There were many challenges faced during the development of FORGEFIBER. Testing standards vary for each sport—basketball has some extreme numbers that need to be reached as far as strength and durability when compared to a lightweight running shoe. Base materials are all different, so there was a very large work stream validating what material compositions pair the best with this process. You have to solve for how this works on a size 6 versus a size 16.

The real difficult part is achieving all of those results while developing and aesthetic that is intuitive and (hopefully) beautiful, but I think that ultimately comes from being honest about the material and the process that drives it.

Can you talk a little bit about the typical prototyping process your team goes through?

JM: The adidas Future team in PDX is very lucky in that it has its own specific "Makerlab" R&D area. It's a space where we're encouraged to experiment, build machines, try new things, and are given the freedom to fail fast in order to get to new solutions. It's also a space where we bring in new industrial prototyping machines that can be used for multiple purposes. That's where this concept came from.

It started out just learning how to maintain and run the machine, then how to code production files, but then you have to dive in and find the limits of how it can be used. It's often not solutions you can sketch, so it comes down to making and experimenting with materials and approaches that aren't considered normal. Once we develop a clear direction, we begin that feedback loop of creating and testing samples with our engineers to validate and iterate until we come towards a final solution that checks all the boxes.

What has it been like delving into the science of materials while designing beautiful sneakers?

JM: It's an amazing time to be in footwear innovation. The market is demanding innovation on an increasingly faster timeline, and that is allowing us as designers and engineers here at adidas the resources to tackle big ideas like Speedfactory, Futurecraft 4D and FORGEFIBER. It just proves that being an agile company and having a team capable of building new solutions internally and collaborating with industry leaders in manufacturing and material development is where future success lies.

It seems as though adidas is focusing on designing personalized footwear in parts—midsoles and heel caps with the 3D Runners and Futurecraft 4Ds and uppers with the Futurecraft Leather Superstars and FORGEFIBER. This may be a stretch, but I'm left wondering if all these new shoes are just prototypes and there will be a mega sneaker that combines a little bit of everything in the works sometime soon. I guess we'll have to wait and see.