What You Missed at the Core77 Design Awards Results Celebration Party

All good things should be punctuated by a party.

It's only fitting, then, that last Thursday, June 8th, Core77 threw an inaugural Results Celebration dedicated to the incredible efforts and brilliant designs of our 2017 Core77 Design Awards honorees.

Generously hosted at A/D/O's award-winning creative space in Greenpoint, Brooklyn, the festivities kicked off at 6pm with a bang, as a mixture of current and former Core77 Design Awards honorees, designers, design lovers, and curious passersby filtered in to explore the diversely awesome entertainment the night had to offer. 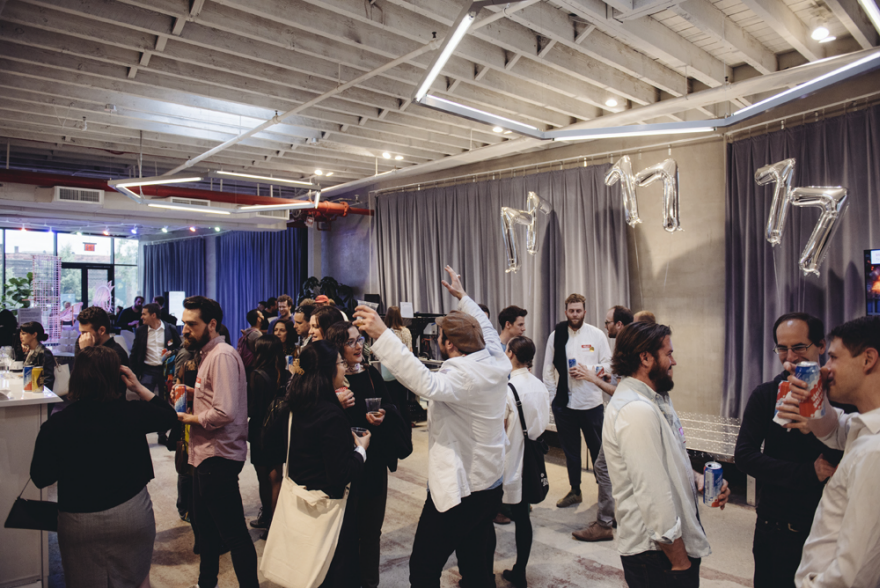 Put your hands in the air if...[insert jubilant motivation here] 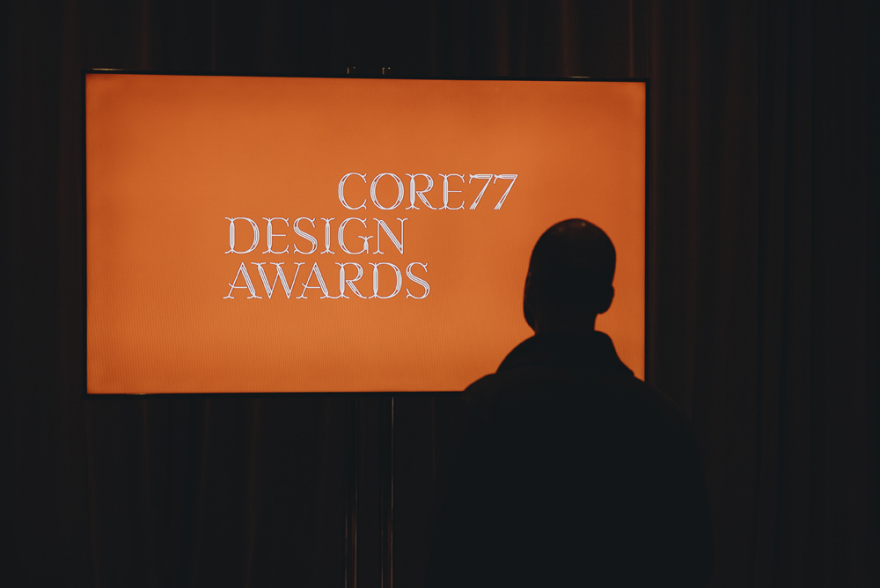 That's right, Alfred Hitchcock was there! 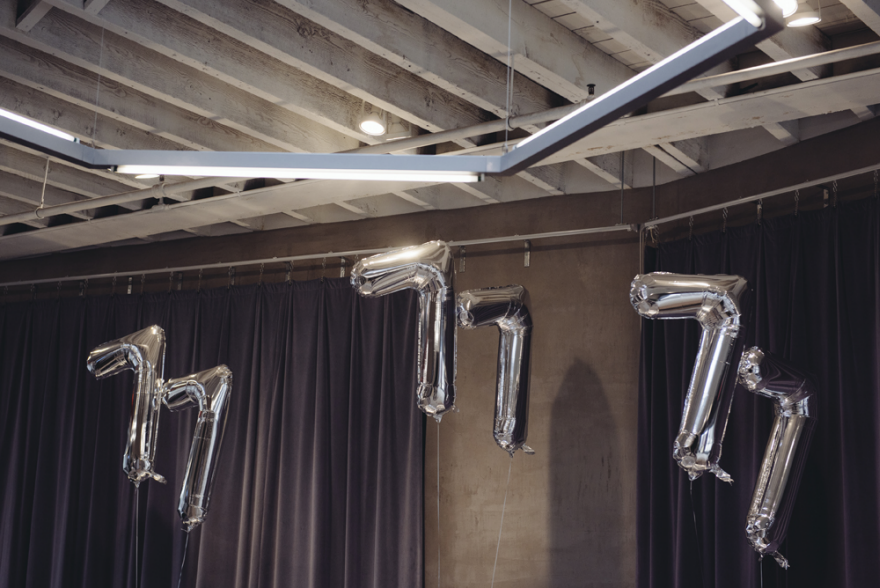 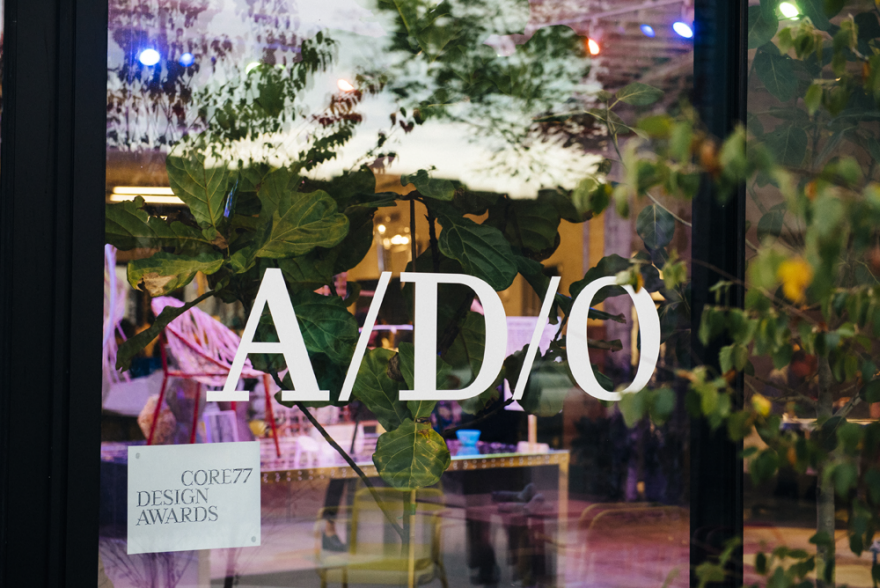 The honored projects of the 2017 Core77 Design Awards were the obvious stars of the show - as a looping slideshow of winning projects by the stage made sure to point out - but a number of activities, demonstrations, and displays were also on hand to engage partygoers throughout the event.

Front and center was the large format 3-D printer designed and built in-house by the design studio, JIMMI - winner of the Core77 Designers-in-Residence program in collaboration with A/D/O. The printer was hard at work for most of the night showcasing its talents, while JIMMI co-founders Evan Roche and Harrison Tyler remained nearby to answer any questions and soak in any compliments from interested onlookers.

For attendees looking to commemorate the night with a fun picture they could cherish forever, Eastman Innovation Lab, a key sponsor of the celebration, brought in a professional photo booth, replete with props and cutouts for picture-takers to augment their (often) goofy poses.

Our friends at Microsoft provided several new Surface Studios on which partygoers could peruse the full spectrum of 2017 Core77 Design Awards honorees online. Though it quickly devolved into eager attendees toying around with the PC's impressive interactive features like kids in a digital sandbox, we can't really blame them after admittedly salivating over this video. Microsoft also generously donated a Surface Book as a reward to the winner of the Core77 Design Awards Community Choice Prize. 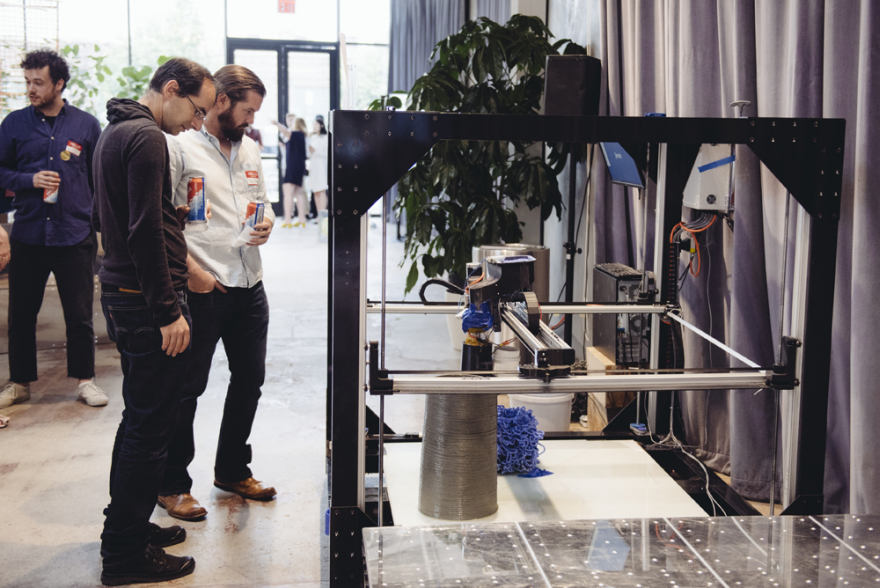 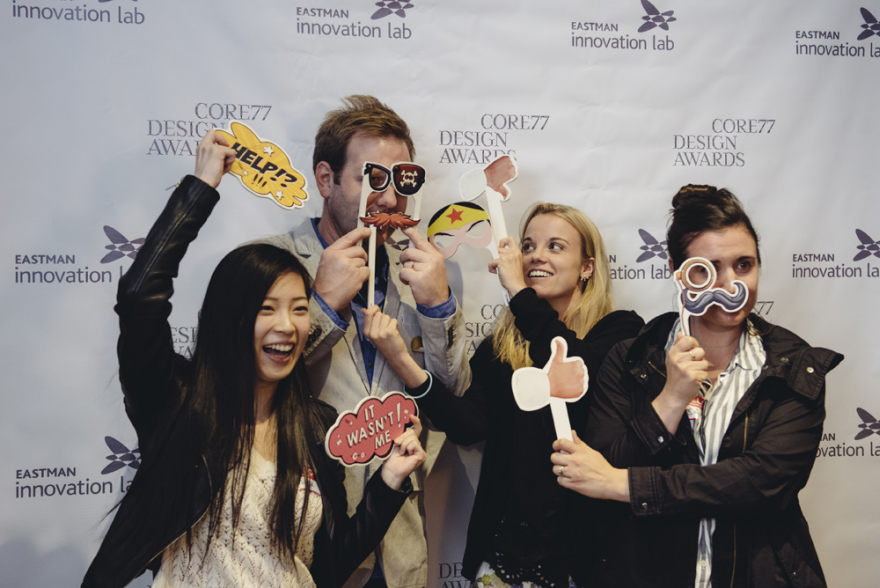 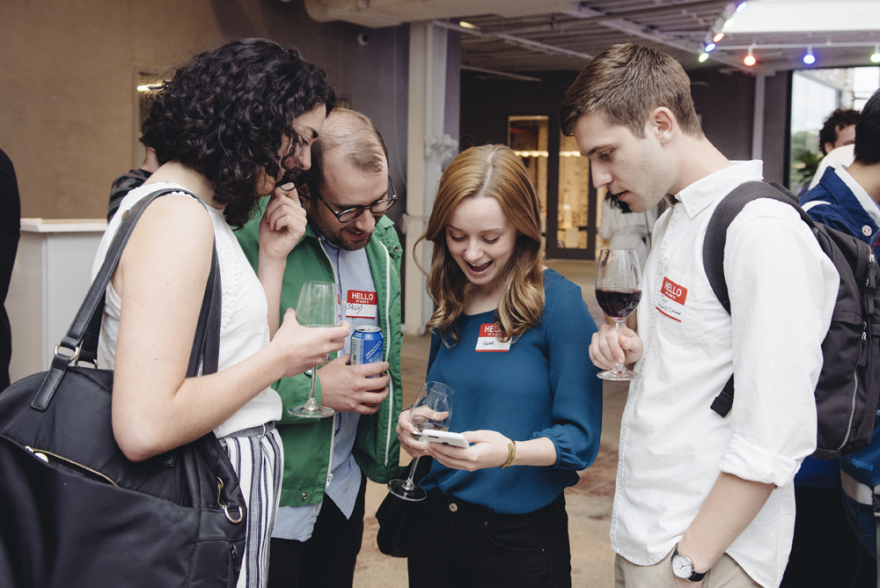 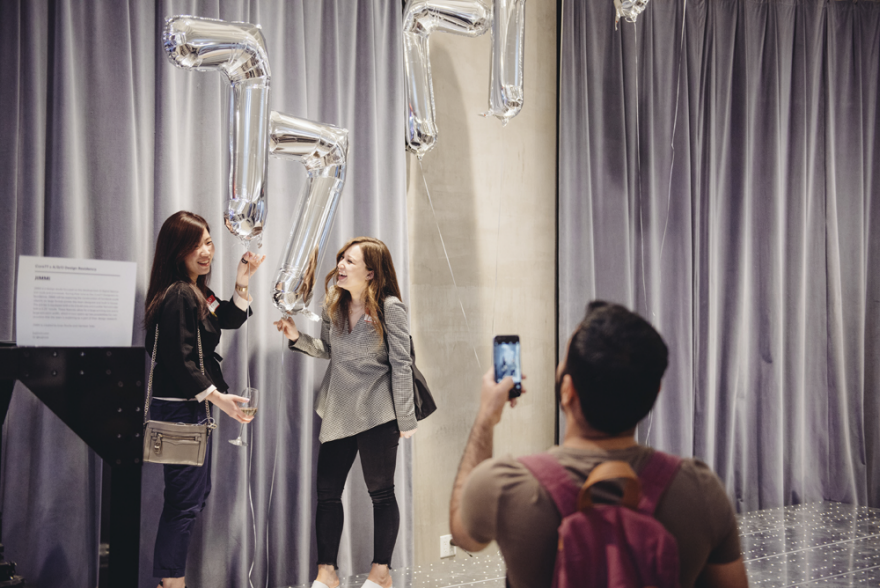 Balloons are crucial for any party worth its salt 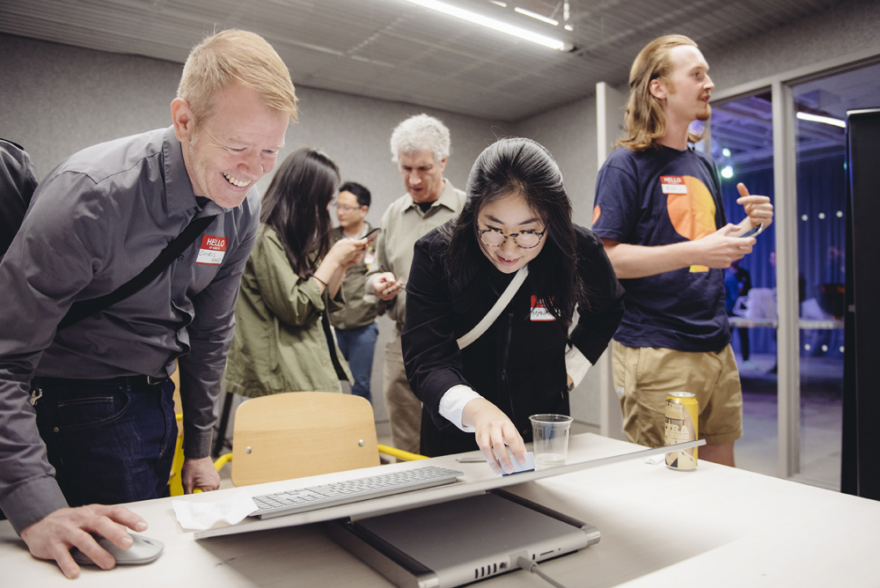 Celebration was the theme of the evening, and about halfway through the festivities, Core77 co-founder Stuart Constantine came on stage to give a brief speech about the Core77 Design Awards, and toast to the people that made the event possible. He also called all Core77 Design Awards honorees in the audience to come on stage to take a bow, which was, of course, met with raucous applause. 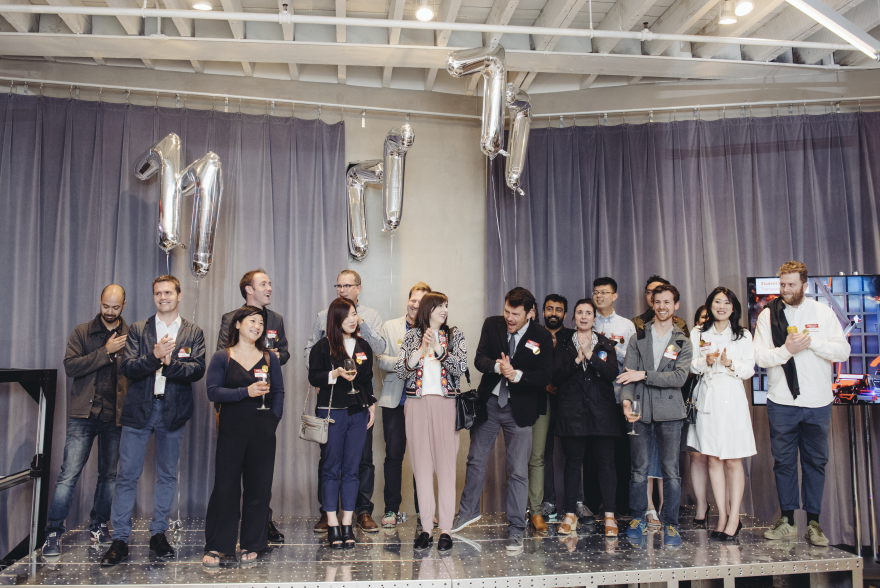 Playing to an ebullient crowd of onlookers, each partygoer was offered a practice round to hone their craft before taking their official turn in the tournament. The top scores were recorded, and at the end of the night the two highest scorers from either machine were pitted against each other in a final, dramatic showdown. 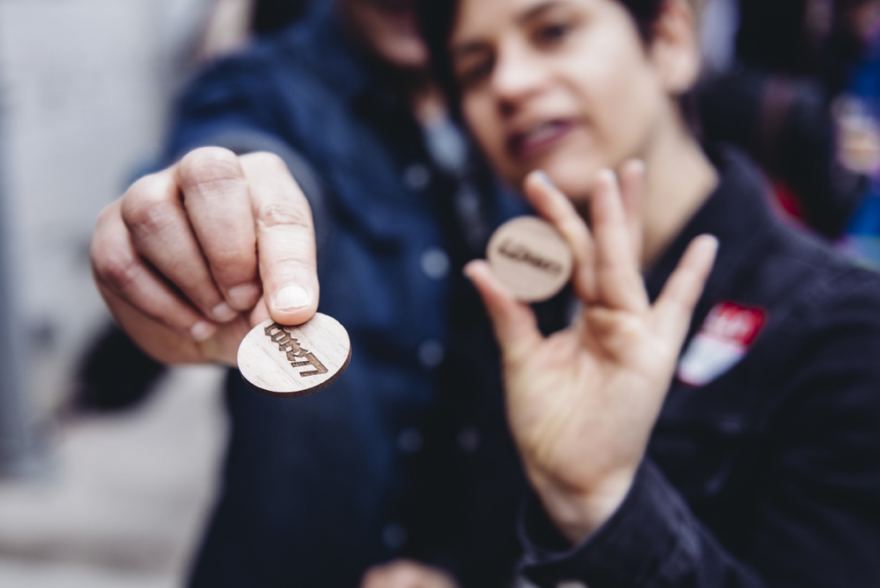 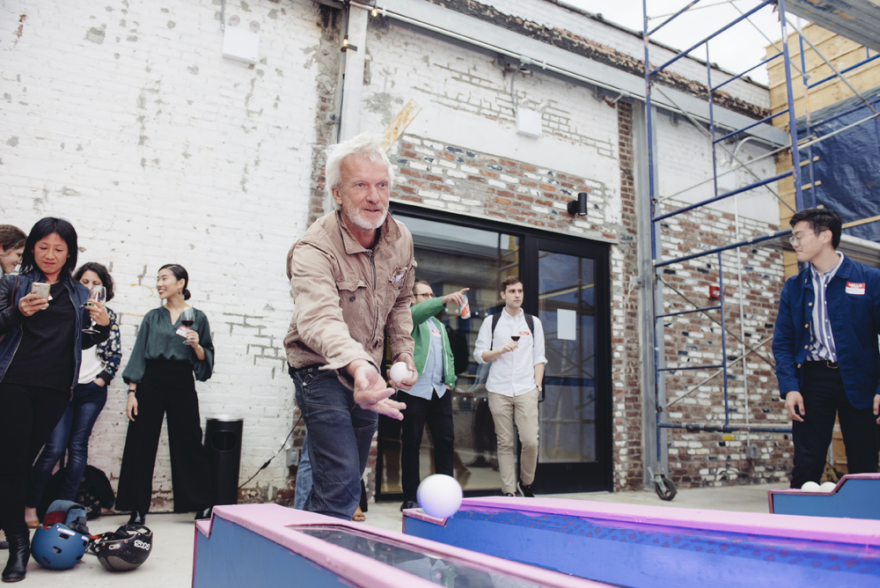 Ultimately, it came down to Orion vs Bryan in a head to head matchup for the Surface Book. Both gave valiant efforts and put up impressive scores, but Orion eked out the win, and, with it, a new Microsoft PC. 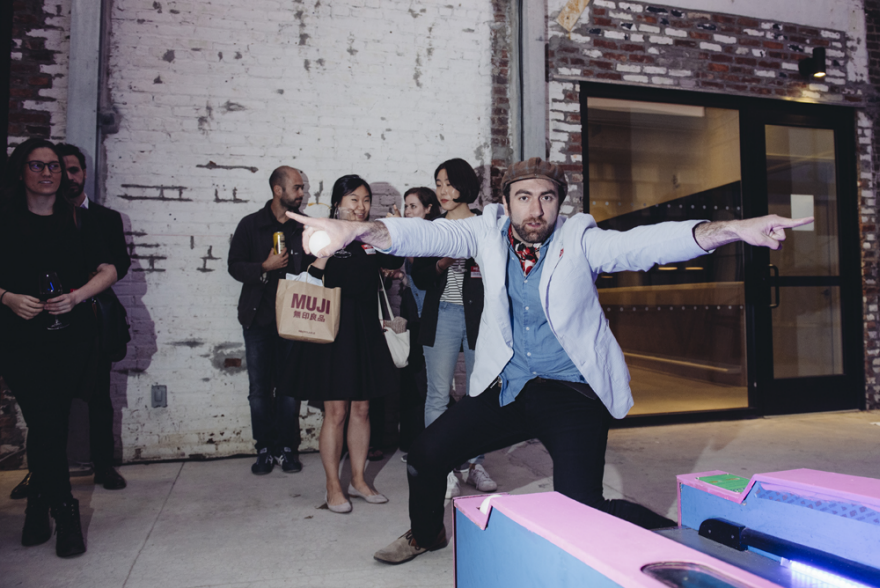 Put your hands to the side if...hey, wait, I recognize this guy! 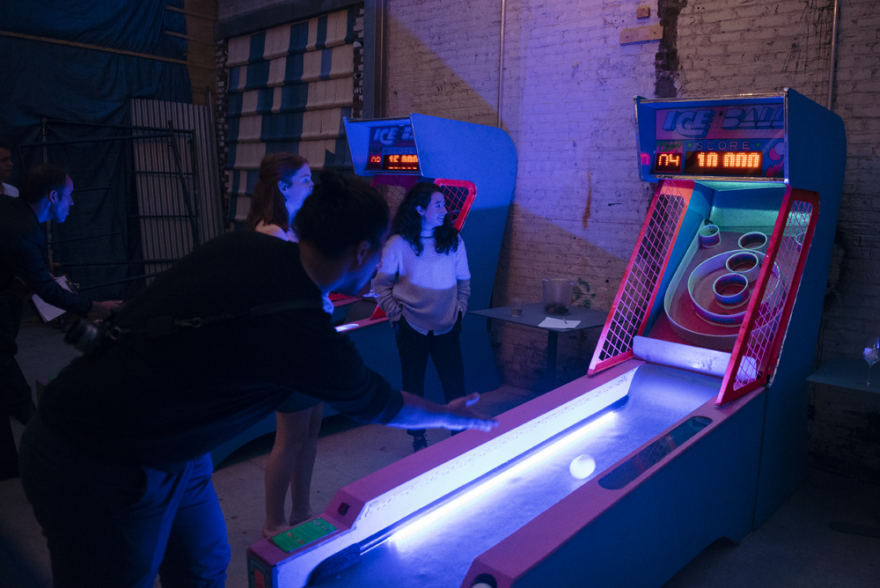 When the sun goes down, the LEDs turn up 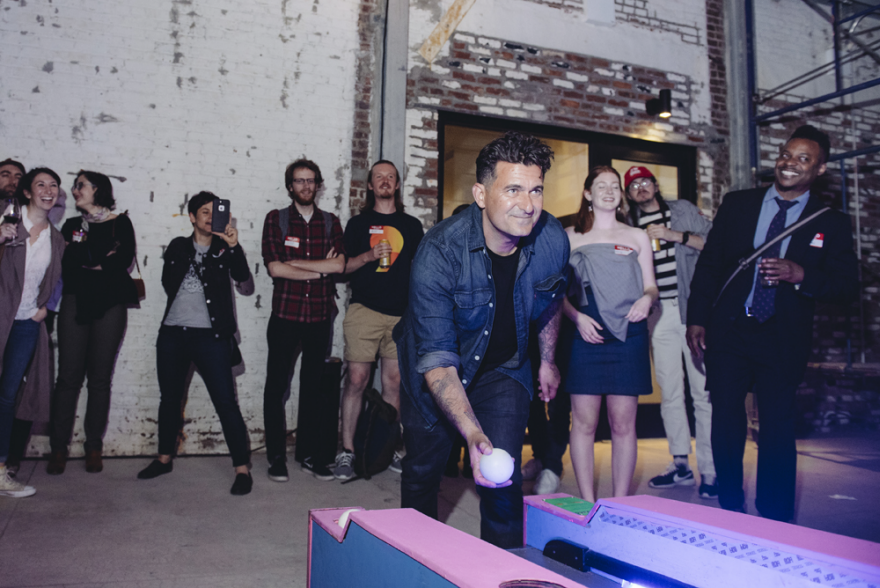 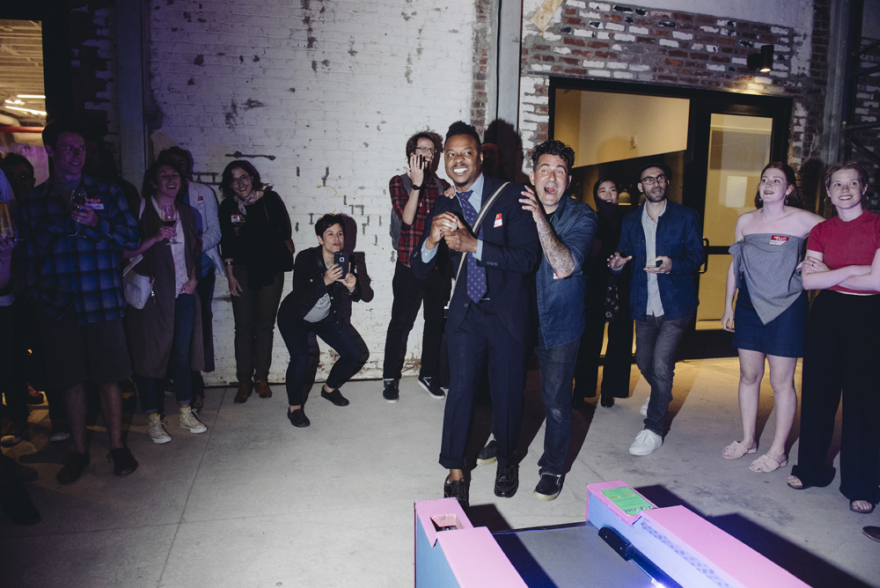 2nd place finisher Bryan is cheered on as he tries to top Orion's score. Orion uses playful tactics to distract him 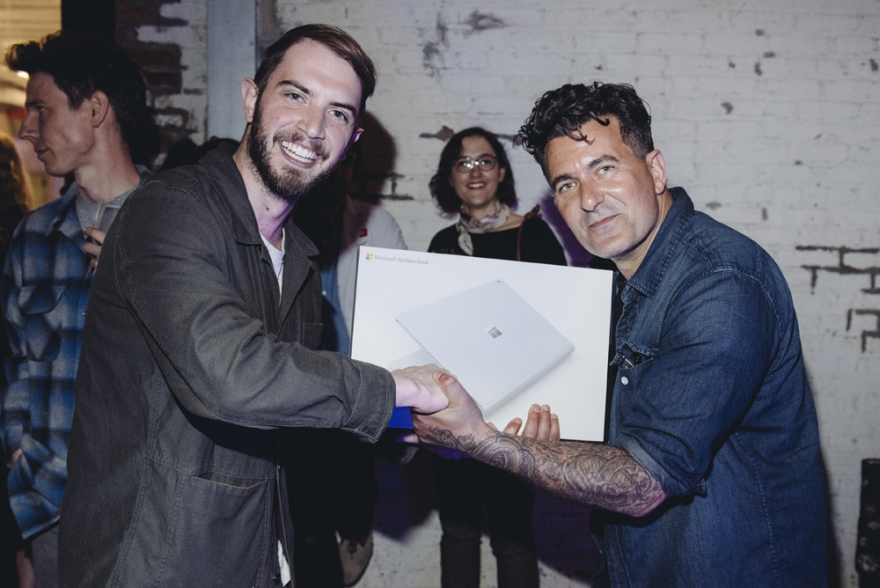 The show's not quite over yet, however - there's still a role to play. From now until June 30th, we're turning to the Core77 community to vote for their favorite honored project to receive the 2017 Community Choice Grand Prize. This year, the Community Choice Grand Prize Winner - the project which tallies the most votes overall - will be gifted a new Microsoft Surface Book. So be sure to look through the full cast of 2017 Core77 Design Awards honorees and show your favorites some love by giving them your vote!

What You Missed at the Core77 Design Awards Results Celebration Party