The Toio is meant to stimulate a child's imagination, and looks like it'll be a winner

This comes as a surprise because Sony's not known as a physical toymaker. They've just announced their forthcoming product known as Toio, a deceptively simple-looking pair of small white boxes that have wheels, sensors and a small motor inside. The boxes can both sense the other's presence and can be remote-controlled. Essentially a toy, Sony created Toio to stimulate the imaginations of children.

To do that, they've partnered with different creatives to develop kits for them that exploit Toio's seemingly simple capabilities. Remember that Pythagora Switch Japanese TV show, that educates kids about design? Here's the wicked kit that they've come up with. Watch the whole thing, you'll be amazed at the creativity:

If you're wondering what that cartridge-looking thing is… 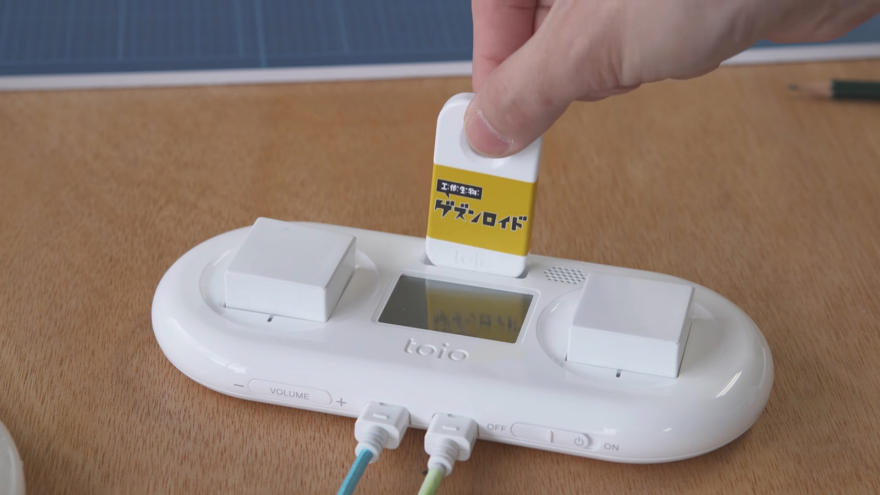 …those confer particular capabilities on the Toio blocks. As development continues, new cartridges will be released with new behaviors/abilities.

Toio appears to be Japanese-market only, with a roll-out scheduled for December of this year. They're currently taking reservations here.