Very rarely do people buy office chairs simply for the look of them—this type of seating belongs more to the office supplies department than it does furniture design. "Office chairs look like machines. They always look slightly aggressive. It's a bit like car design these days... [the chairs are] overtly saying, 'this is what I do, this is what I can deliver, these functions,'" says Edward Barber, partner of Jay Osgerby who together make up the design studio Barber & Osgerby.

The duo have just debuted their first task chair in collaboration with Vitra, and hope its simple yet functional silhouette can help diversify world of office chairs by providing something more sleek to the design-saavy crowd. The team notes, "we were just trying to do something that looked completely different." 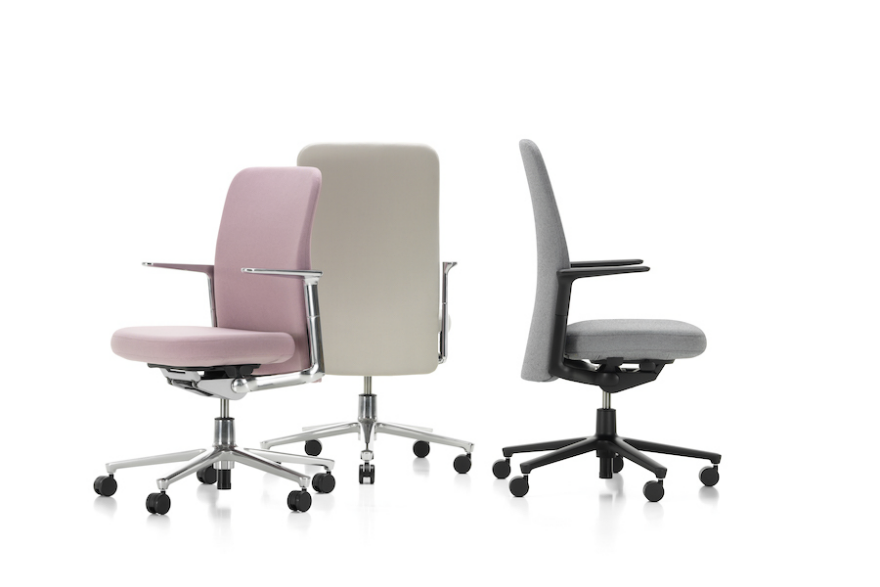 The final design, called the Pacific Chair (which recently won in the Core77 Design Awards Furniture & Lighting category), indeed does look more simple than your tricked-out Aeron Chair, but the ultimate wow-factors lie in the subtle detailing and complex internal machinery that makes this chair so intuitive. There's the back, which can adjust according to your height, bottom seat adjustment, and of course, basic height adjustment. Barber & Osgerby promised such elemental functions are really all you need: "All people really do is they do the height adjustment and that's it. And they sit in a different chair and go, 'Oh that's about right,' and you get on with it."

Consisting of 146 internal parts, each mechanism within the machine works so the chair operates with the body as intuitively as possible. For one, there's the chair back, which adjusts to the weight of each person who sits in it. When I leaned back in the chair myself, I noticed the reclining motion to be very smooth yet firm enough to make me feel like I won't fall back in a jarring manner. Barber added to this by saying "if you're more heavyset, the mechanism stiffens up so that when you lean back it restricts the amount of pressure...It becomes harder to push the back because it knows that your bodyweight is such that it will easily push it back." 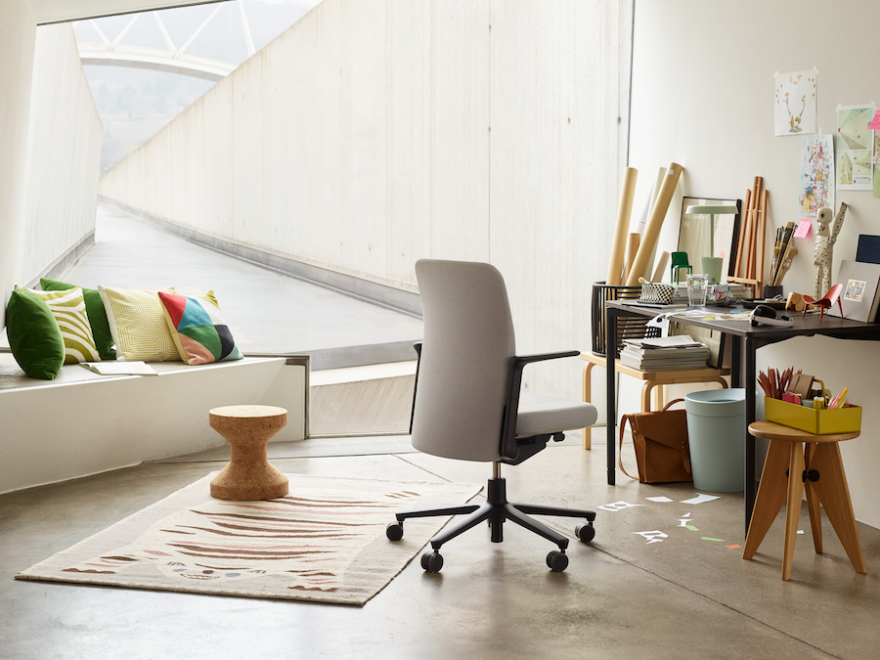 So how long does it take to make an impeccably engineered, foolproof task chair? According to the duo, year and years. In development for four years, the Pacific Chair underwent strict lab testing for almost an entire year after prototypes were put into production. "Everything you see here is controlled by regulations," Barber emphasized.

Thanks to all the testing and time spent looking at what was available on the market, Vitra and the Barber & Osgerby were able to finally manufacture an office chair that matches the regulatory criterion of a proper task chair while offering up something different, more intuitive and certainly more sleek. "Overall, we were trying to design something that's completely calm, completely simple, [where] all that function is sort of buried within the chair," said the designers. Engineering such simplicity proves to be much harder than it looks.