Editors Note: Teshia a contributor to Core77 and Chief of Staff at Berlin-based startup Senic, who are currently building their second product COVI.

When we began building COVI, it was on the heels of of our first product NUIMO. NUIMO is a controller for smart devices like Sonos and Phillips Hue and, like COVI, was funded via Kickstarter.

Our vision for Senic has always been big—a hope that we can bring technology into the home in such a way that it doesn't distract from fundamental 'human things' like relaxation, relationship building, health and creativity, but actually promotes them.

COVI came about as a response to the hundreds of speech-enabled gadgets on the market from big and small companies. In designing such an object, we encountered a number of decisions that needed to be made (should it be a Lamp... Speaker... Hub....Mysterious Talking Cylinder). In the end we decided that the object should be the right balance of features—wrapped in an object that we could actually envision owning—a piece that was as much furniture as technology.

COVI consists of three big things: a lamp, a speech-interface and an open-source smart home hub. No surprise, all of these exist on the market in some form already.

However, we had yet to see a 'hub' (e.g. a device that can control and connect multiple smart devices and can allow a user to set an automation) that looked like something that could blend into a living room. Likewise, many of the speech interfaces on the market have somewhat mysterious shapes and don't provide utility beyond their speech interface.

From this idea—that tech could be less like our router we hide on a bookshelf and more like our favorite piece of furniture, COVI was born. Building a smart lamp offers a lot of room to play as a designer, allowing another visual output and affecting one of human's most important psychological and environmental factors—light.

To produce COVI, we needed to bring together several skill sets including industrial design, software development, psychology, electrical, mechanical, embedded systems and audio engineering. Likewise creating a consumer electronic that relies heavily on glass as COVI does is a unique challenge, since most smart home products use less expensive processes such as injection molding.

Searching for the correct form factor for COVI led us to explore ways in which people used light historically. In the south west of Germany, coal miners carried gasoline lamps that they would take underground. Given that some of our team member's families worked in coal mines—this became an important inspiration for COVI. The knob that regulates the amount of gas to the traditional lamp became a dimmer switch inviting the user to touch and interact with COVI.

Like with NUIMO, we did our initial prototyping by hand in our studio using foam and a (precarious) homemade lathe. We made several foam models to try and hone in on the shape of the lamp before translating the models into glass. 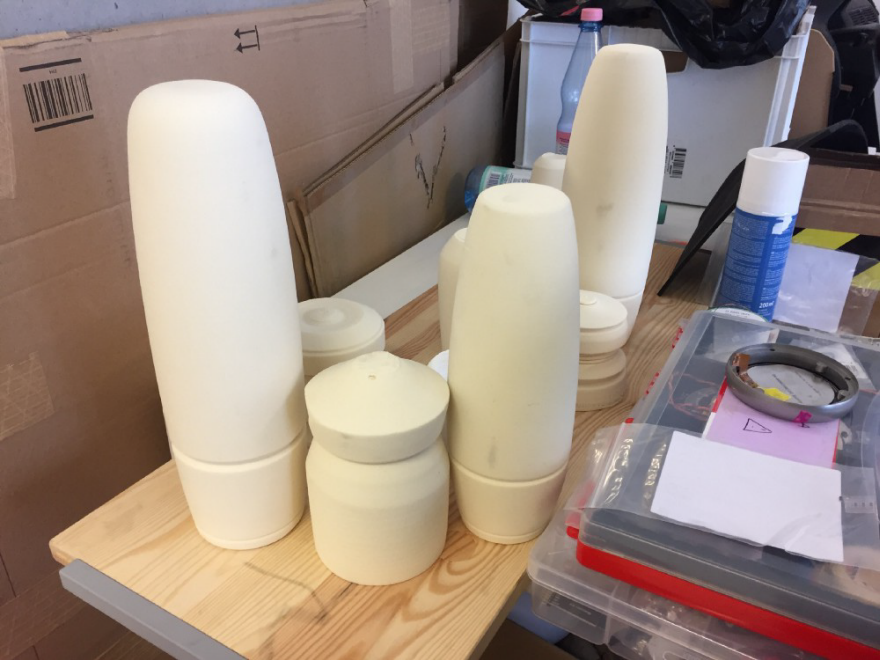 Once the final volume for COVI began to take shape, we started to look for manufacturers that could help us prototype the first COVIs for the Kickstarter campaign.

Glass was the obvious choice for COVI. We needed a material that would diffuse the light and look beautiful in the home. The vast majority of smart home products use injection molded plastic parts that can look cheap—something we wanted to avoid as we blended tech and interior design.

Together with local craftsman Berlin Glas e.V., we created the first COVI shades. Each of these first COVIs were handblown individually by craftsman in pairs of two. Shaping the outer surface of the shade is done by hand with only a thick stack of wet newspapers to press the outer surface into the final form.

As glass has a mind of its own, and each handblown shade is slightly different—we then had the challenge of bringing together the aluminum base that houses the electronics, microphones, speakers and LEDs. To create the base, we used the extremely precise process of metal lathing. 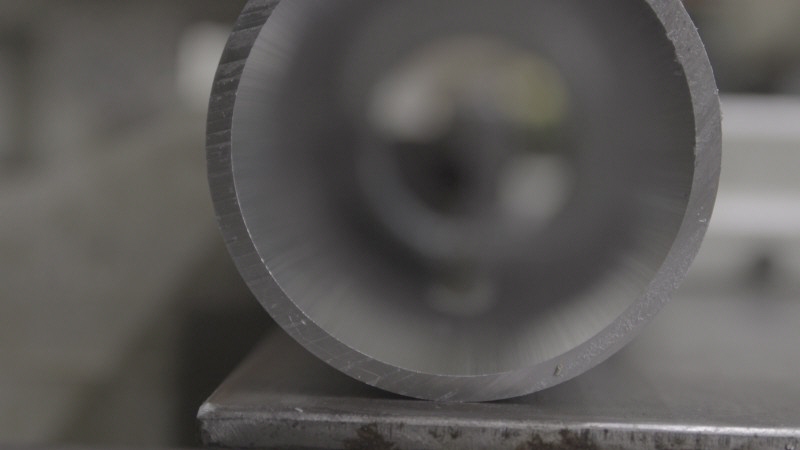 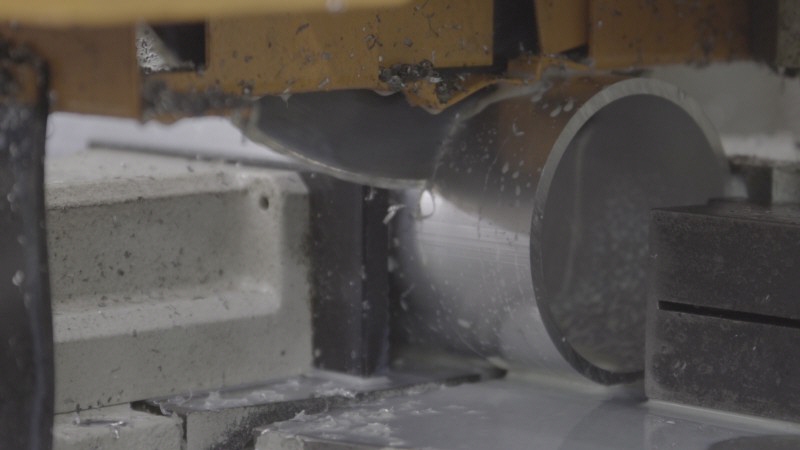 Sawing the pipe to length 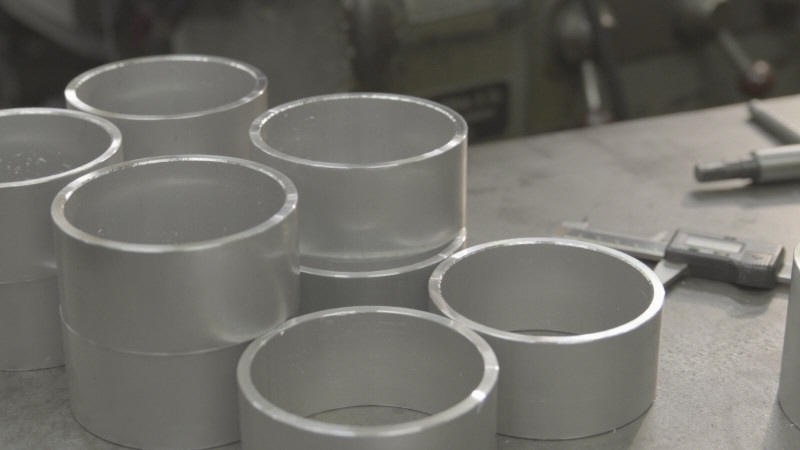 Each raw aluminum pipe was cut to a specific size that approximated the height of the base. To fine tune the form of the base, a metal lathe was used to shape and thin the walls of the pipe. 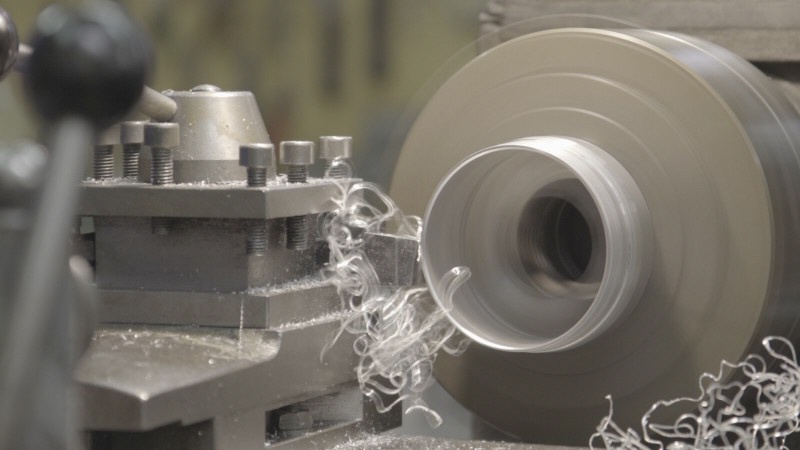 Once the base is shaped to the final form, it is taken to be glass-bead blasted to achieve a texture that hides dirt, oil and fingerprints. The last step is for the bases to be anodized to their final color before assembled into COVI. 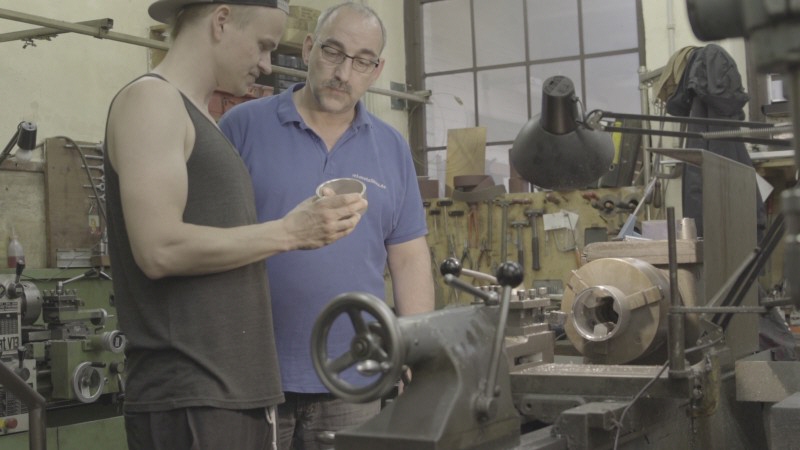 For COVI, the mechanical housing and overall form must be in perfect alignment with the electronic components and software to allow such things as speech interface and hub functionality. Often, it can be tempting to think of the housing and visual design of the object last, a "tech first" approach that many larger companies take when designing smart home. 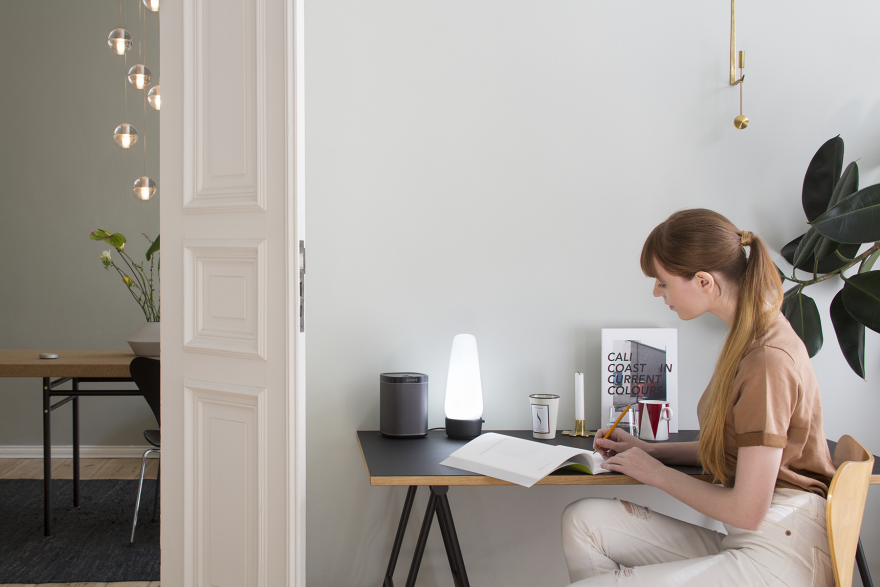 With COVI, the hope is to challenge the notion of how technology should look and feel—especially in the home.

COVI is currently crowdfunding on Kickstarter. For more information on the design and manufacturing check out Senic's website.