Leatherman recently received a 2017 Red Dot Award for the Skeletool RX introduced last year. It's the 4th iteration of the original Skeletool that came out in 2007.

Aimed at first responders, it differs from earlier models in that it comes with a carbide tip for breaking glass and a heavily serrated blade for cutting seat belts. 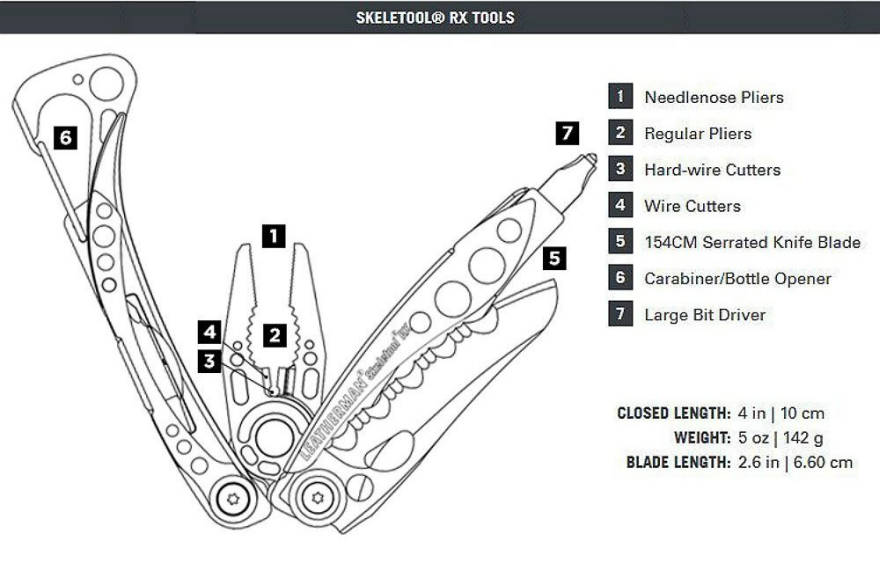 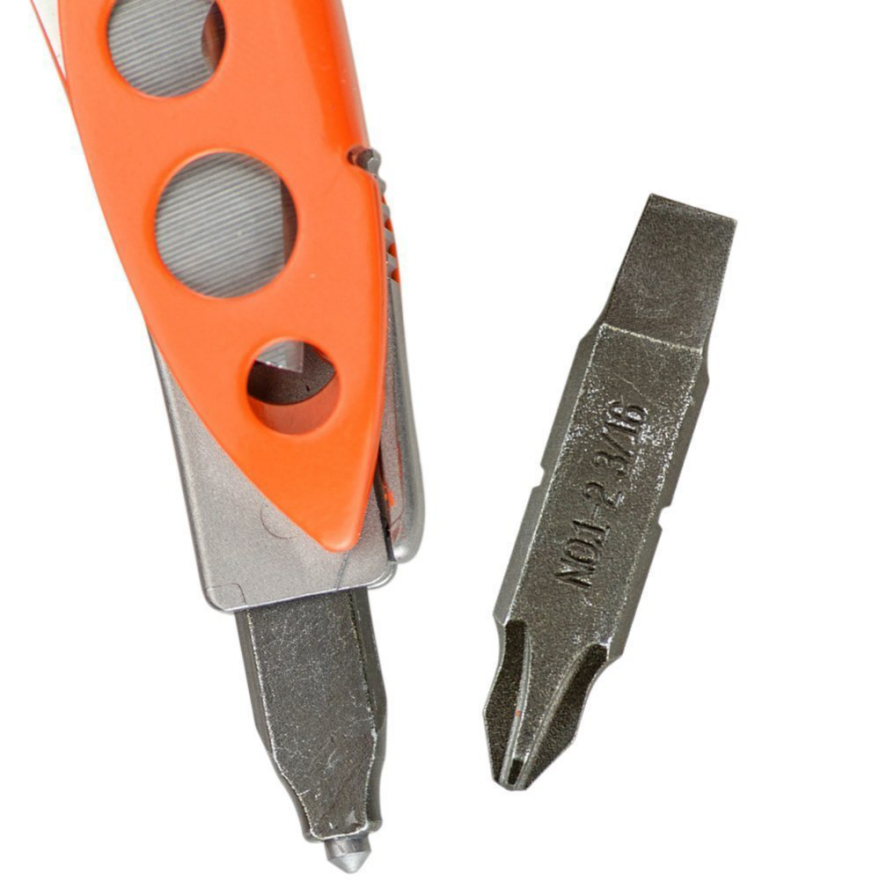 The Glass breaker is held in the bit driver and can be swapped for a screwdriver bit that stores in a slot in the opposite handle. The second bit is slotted one end and Phillips the other.

The blade is made from 154CM stainless steel, a very high carbon alloy that has better edge retention than the 420HC steel used in standard blades, like the one in the original Skeletool.

Heavily serrated, it's designed to quickly cut through tough material such as rope and seat belt webbing. I own a Skeletool CX and it has a smooth blade, which is easier to sharpen but does not cut thick material as well as one that is serrated.

The curved opening in the jaws can be used to grasp smaller nuts and bolts. It's difficult to see when the jaws are closed, but there is a notch between the wire cutters and pivot point. That notch is for cutting hard wire.

The Red Dot Awards jury summed the tool up as follows:

The individual components of the Leatherman Skeletool RX are clearly visible and sensibly arranged. Thus, the right tool is always at one's fingertips. 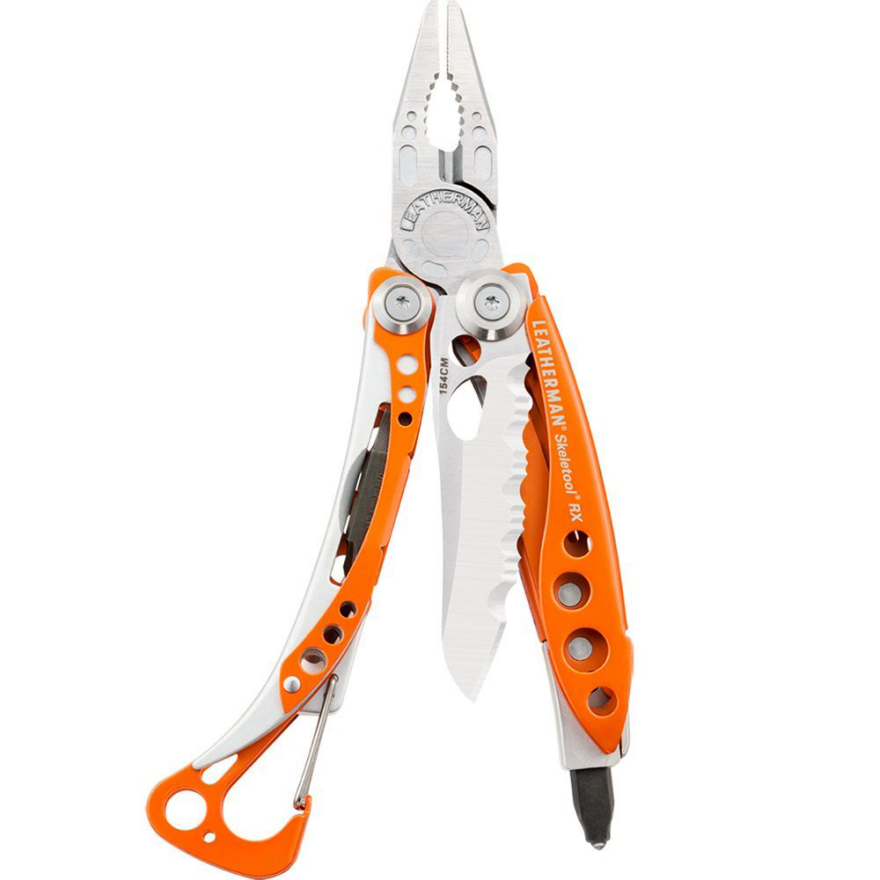 I can't argue with anything the jury said, though they failed to mention that the Skeletool RX is a beautiful object. This particular model comes in orange only; other models are available in bare metal and/or multiple colors.

I love the overall shape of the tool and the circular holes through the frame, which look good while serving to reduce weight. The ovoid hole through the handle is not there for looks; it's so you can flick the blade open with the tip of your thumb.