I stumbled across this unusual product on the website of a vendor that specializes in German hand tools. It was completely unfamiliar, and I was surprised to discover that the original model was patented in 1950. How did I miss seeing these before?

It didn't help that Fit Pliers are made by Dürholt Zangen Gmbh, an obscure German tool company with only one product. The company once made a full line of hand tools, but after the initial success of the Shear Pliers it decided to stop making anything else. They're still at it 67 years later. 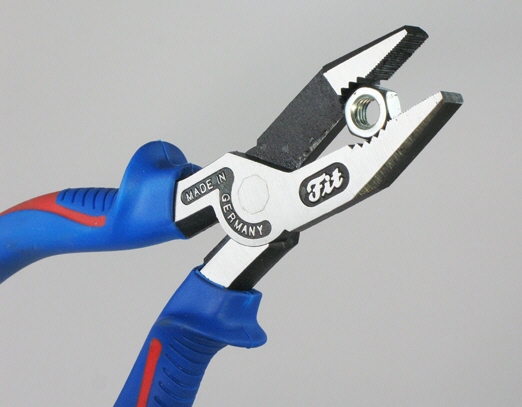 There's nothing unusual about the gripping portion of the Fit Shear Pliers' jaws; they're grooved near the tip with a serrated notch farther in—a configuration similar to that of standard slip-joint pliers. 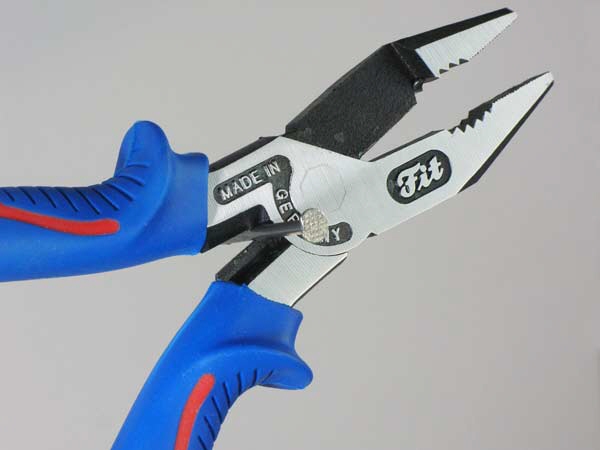 Here's where it gets weird. The wire cutters are located on the handle side of the pivot instead of the side with the jaws. 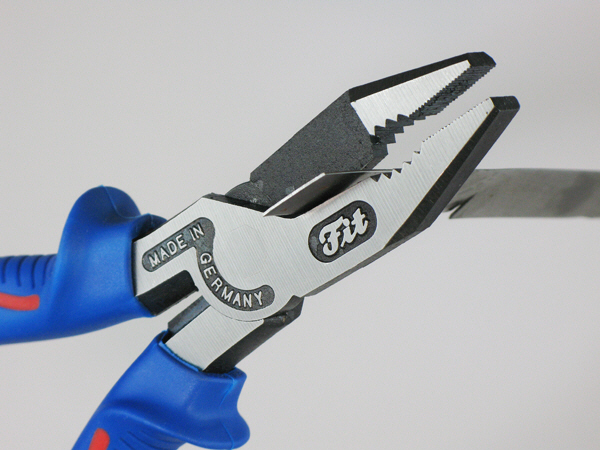 Why? Because the space where the wire cutter would normally be is occupied by scissor-like blades that function as shears. This is the added feature that makes Fit Pliers unique.

According to the manufacturer, the shears can be used to cut materials such as sheet metal, copper cable, and thin steel wire. 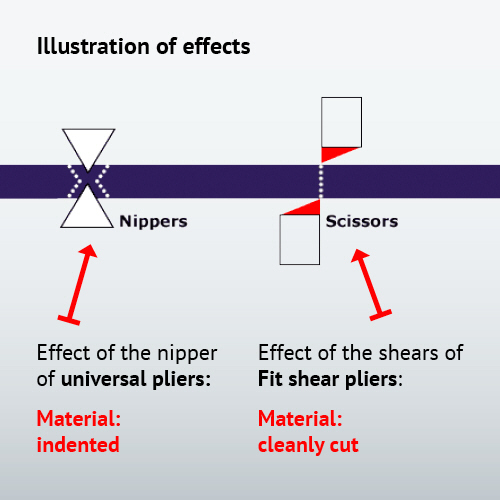 The nippers are better for harder wire because nippers work differently than shears. Shears cut cleanly while nippers "pinch" their way through. 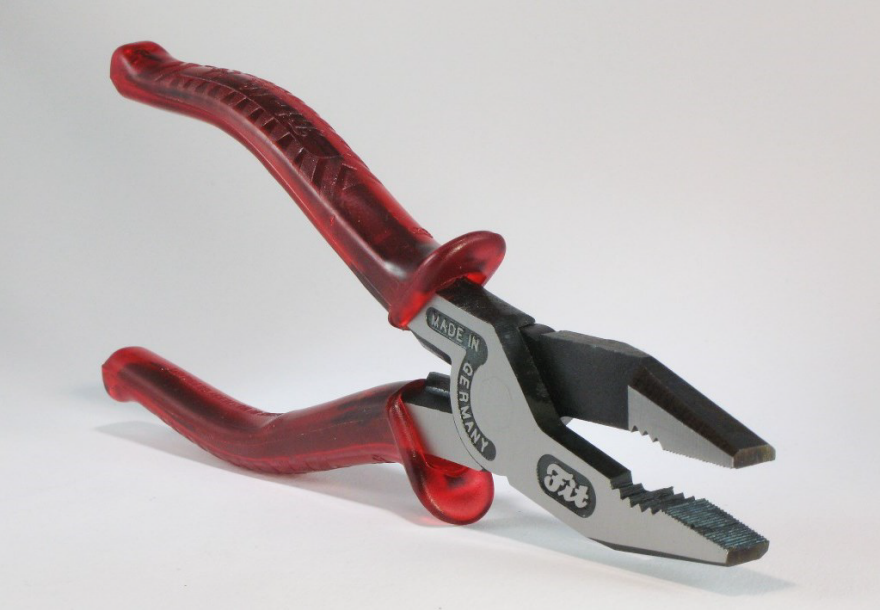 There are a couple of models of Fit Pliers currently available. The #14 has old-school cellulose acetate grips. Cellulose acetate is a "natural" plastic. It was invented in 1865 and is still used today—frequently for screwdriver handles (if they're clear or translucent they're probably cellulose acetate or the related material cellulose butyrate).

The #15 has overmolded TPE (thermoplastic elastomer) grips, which are no doubt softer and more comfortable than those made from cellulose acetate.

There are some Fit Plier knock-offs kicking around. If you are interested in the real thing, look for the Made in Germany label.