Here's what's going on with design piracy these days, and how you can help fight it

Quartz has got a great article up called "There's a trillion-dollar global black market for fake 'designer' chairs." Anyone interested in the problem of design piracy, and how to combat it, should give it a full read. 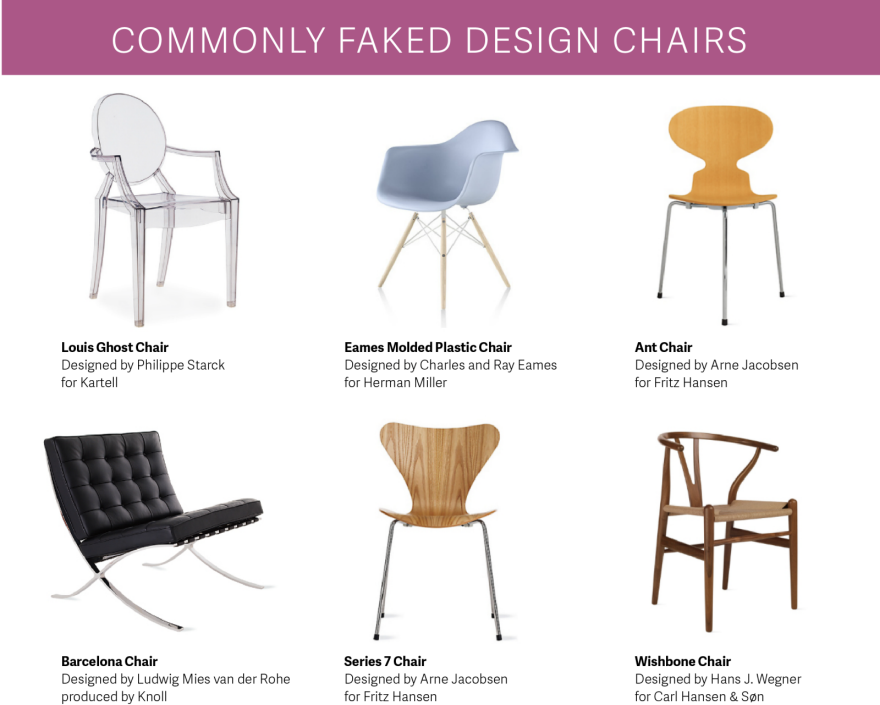 Here are some of the salient points:

- Leading the charge against design piracy is BeOriginal Americas, a nonprofit consortium of design firms and furniture manufacturers.

- BOA states that global furniture knockoffs are a $1.7 trillion industry.

- The Eames Bentwood LCW chair is "among the most copied pieces of furniture," and the Eameses began battling pirates of it in the early 1960s.

- The U.S. Customs & Border Patrol is now apparently receiving training on spotting design knock-offs; last year, according to the CBP themselves,

[We] seized 42 shipments of unauthorized replica furniture determined to be counterfeit iconic mid-century modern design home and office furniture. These seizures, involving goods that would have had an estimated combined MSRP of $4.2 million if genuine, stemmed from an e-allegation concerning persistent and widespread infringement. CBP's furniture enforcement efforts have helped to protect over 8,000 American jobs. 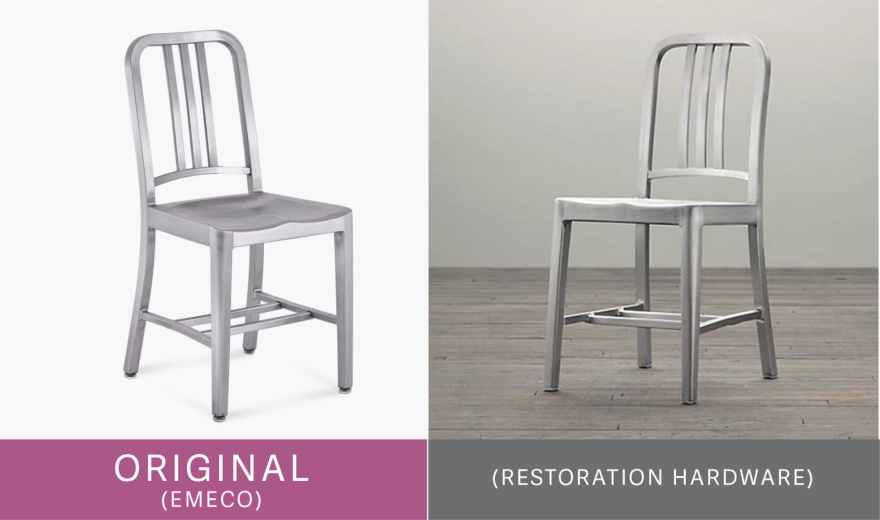 - Your average consumer doesn't understand the difference between design and style. Quartz cites Emeco CEO Gregg Buchbinder, whose chairs have been knocked off by everyone from Ikea to Restoration Hardware:

Buchbinder blames knock-off culture on a popular misconception of what "design" really means. "The design of the chair really starts with scientists, chemists and engineers working on the materials and the processes," he explains. "There's so much more to design other than the shape. I don't think the average consumer understands that, they think they're paying for the shape."

The full article is a long read but well worth it, particularly the part about how knockoff companies "can skip the years-long product development phase and often have an easier time selling their versions because consumers are already familiar with the look." Educate yourself here.