The Humanscale Reference Series is Being Re-released--at an Affordable Price!

Niels Diffrient's human factors bible has been resurrected on Kickstarter

In our popular post "Reference: Common Dimensions, Angles and Heights for Seating Designers," I lamented that one of the human factors bibles of the 20th Century is no longer available. Niels Diffrient's set of Humanscale books, which contain some 60,000 human factors data points, went out of print in 1981. People are now selling used copies on eBay for $200 for one out of the three books, and someone's selling the whole set on Amazon for $1,118.

Thankfully, design consultancy IA Collaborative has arranged to reproduce the entire Humanscale series and is releasing it at an affordable price!

Humanscale was published as three separate sets––Humanscale 1/2/3, Humanscale 4/5/6, and Humanscale 7/8/9. Each set includes one booklet and three two-sided selectors.

Each of the two-sided selectors contains a circular disc that the designer rotates to dial in user data across attributes like age, height, strength, and ability level. 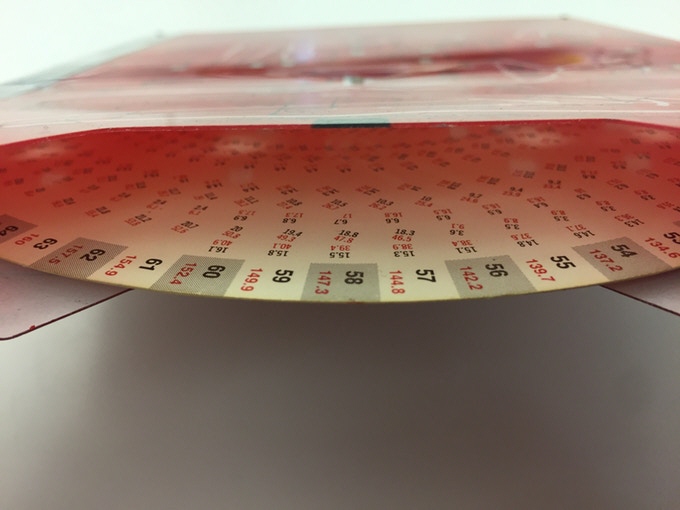 As the designer rotates the disc, distinct measurements corresponding to the chosen data parameter emerge throughout the selector. For instance, an IKEA designer working on children's desks might rotate the disc on Selector 2b to "Age 5" and then "Age 12" to find the appropriate range of "Leg Room" measurements for the product.

The process is illustrated here:

You can scoop up the entire set for $199--the price of what a single Humanscale booklet is going for on eBay--and that's 20% off of what it will retail for. Get in on it here.

The Humanscale Reference Series is Being Re-released--at an Affordable Price!