A 3D Router for When CNC is Overkill

This home-made device turns your router or drill into an analog version of a CNC machine.

CNC routers are great but not everyone can afford one, and according to woodworker Suso Caamanho, "unless the project is very repetitive, sometimes you can spend more time preparing the CNC than working on the project itself." 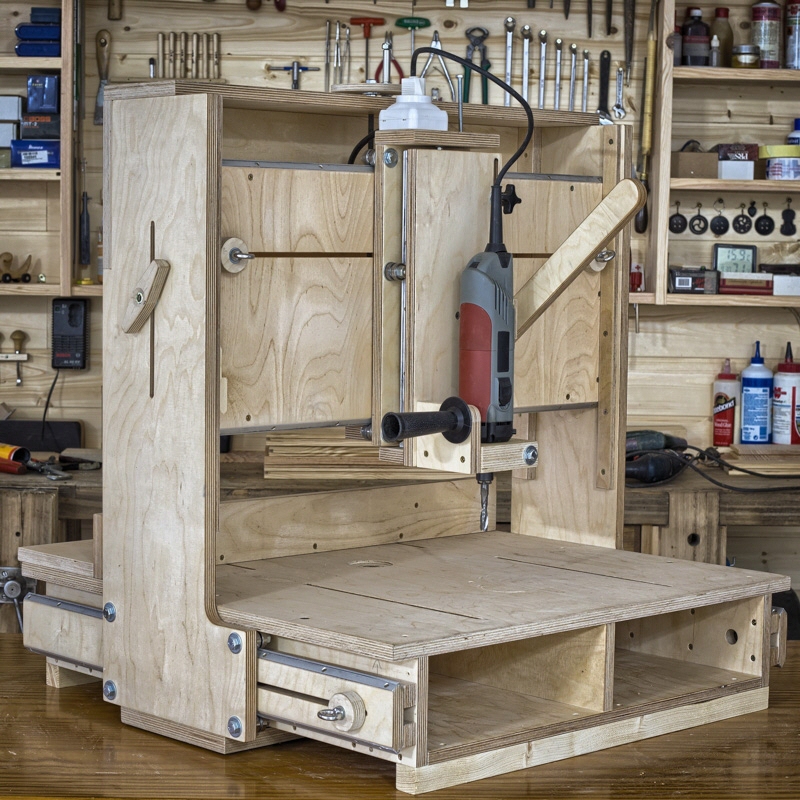 The desire to do 2D and 3D routing with analog controls is what motivated Caamanho to build a device that uses home-made linear slides to move a drill or CNC router motor on the X, Y, and Z axes (left/right, forward/backward, and up/down).

Control is provided by adjustable stops on each axis and the followers he devised.

Stops are used to make simple straight cuts such as mortises and rectangular cuts through panels.

Followers are used to create more complicated shapes. One type of follower works like a pantograph, tracing the shape of an existing object and guiding the router bit as it reproduces that shape in a blank piece of material.

Caamanho demonstrates this feature by copying the cutouts in a guitar body. I particularly like where near the end of the video he uses this function in 3D mode and replicates a dished wooden plate. He uses a different type of follower to cut circles without the use of a pattern.

So far as I can tell the entire thing was built with off-the-shelf components: plywood for the structure and ball bearings and aluminum extrusions for linear slides. It's an incredibly clever design and it will no doubt be improved on over time.

A woodworker and luthier in Spain, Caamanho has designed and built a number of shop machines and sells plans for them on his website.

A 3D Router for When CNC is Overkill