With a staggering 18 passenger decks, an onboard artificial beach, a "lazy river" ride and the world's longest cruise ship waterslide, the 3,300-passenger AIDAprima is the flagship of AIDA Cruises (a subsidiary of Carnival).

The AIDAprima was constructed by Mitsubishi Heavy Industries at their Koyagi shipyards in Nagasaki, and they left a bunch of 4K cameras rolling from start to finish, capturing "the world's first cinematic quality time lapse film of a full cruise ship build." Check it out:

It didn't all go off without a hitch, however. Edited out of the video is the part where the ship caught fire during the construction.

What was your favorite part of the build? Mine was watching that decorative paint job go on. I reckon when the graphics are that large, there's no need to mask and they can just freehand it.

In the event that this video doesn't do it for you, maybe you'll enjoy seeing How They Saw a 50,000-Ton Cargo Ship Into Slices while it's still underwater. 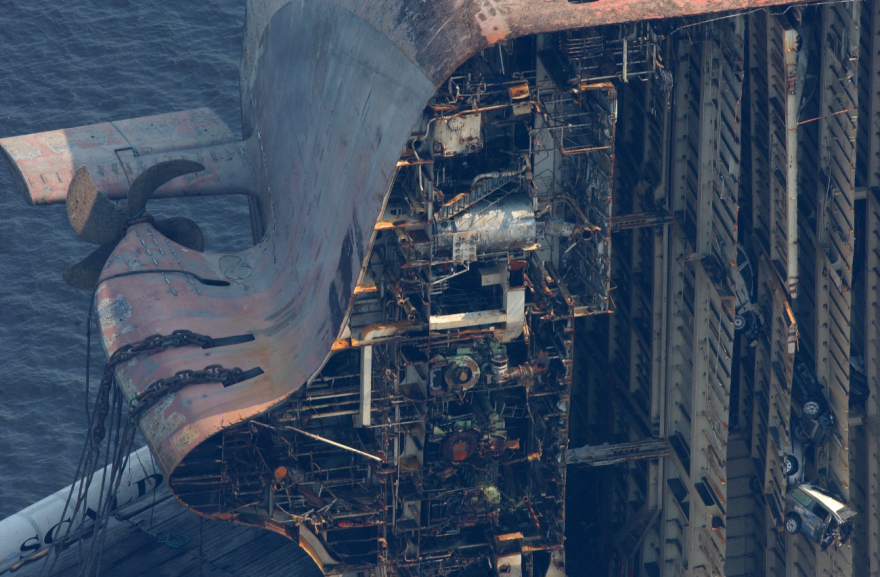