Interestingly, it's by a novelist, not a craftsman 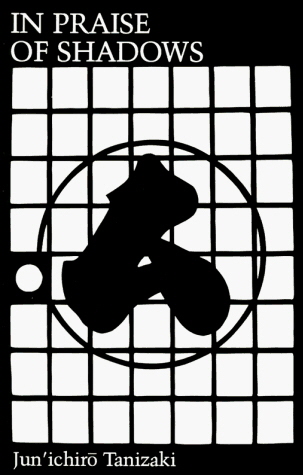 A lot of us talk about the importance or relevance of craft objects in our lives. The most important thing I ever read about this topic was in Jun'ichiro Tanizaki's "In Praise of Shadows." It's a thin volume, only 73 pages long, and was first published in 1933 in Japan by Tanizaki who was a well-known novelist at the time.

I first read the book in my 20s, because someone thought that as I liked making things I might like the book and also because in my day carrying a short book by a Japanese author was always a good way to meet women (I don't remember that it worked - but since the book is so short I might not have been carrying it with me long enough).

In any case I thought the book interesting but very xenophobic. Which kind of makes sense because it was written in pre-war Japan when xenophobia was becoming the way of the land.

Several years ago I was talking with Toshio Odate, and he recommended the book to me. I said I had already read it and found it xenophobic, and he said I should reread it because obviously I didn't understand it.

So I reread it, and Odate was right. I won't try to tell you what it's about but if you go to the book's link they have a "Look Inside" feature.

In any case, we don't sell it so this is not a specific plug, and if you don't want to buy it you might be able to get it from your local library.

In retrospect, thinking of the books I have read about craft, or really the decline of craft, I have to remember that every generation has complained that the arts and crafts of the previous generation were being lost. The nineteenth century had William Morris, Tanizaki is of course twentieth century, and modern bloggers and teachers such as Robin Wood, Doug Stowe, and Paul Sellers also bemoan the loss of craft.

The problem is that they are all right. Every generation has simplified production to use less labor and less craft. At the same time every generation has also found new craft in new inventions and technologies. How exciting it must have been in the eighteenth century to be able to buy tools made of consistent quality steel and use them to work all sorts of exciting materials imported from colonies all over the world.

The challenge is the same today, except what most people find exciting is the Internet and the silicon chip. What we lose in the process—and this is what I think Morris, Tanizaki, and their modern children rightly complain about—is the loss of an important psychological link to our past and a repression of a natural human instinct to use tools and to make physical things. We have become consumers.