As the stereotype goes, women love shopping and men hate it. Thus Shanghai's Global Harbor mega-mall has installed two "husband storage" pods where wives can drop their bored husbands off. The single-occupancy glass pods are kitted out with a chair and a gaming rig loaded up with "retro 1990s games;" apparently the idea is to infantilize the waiting men by having them play the games from their youths. 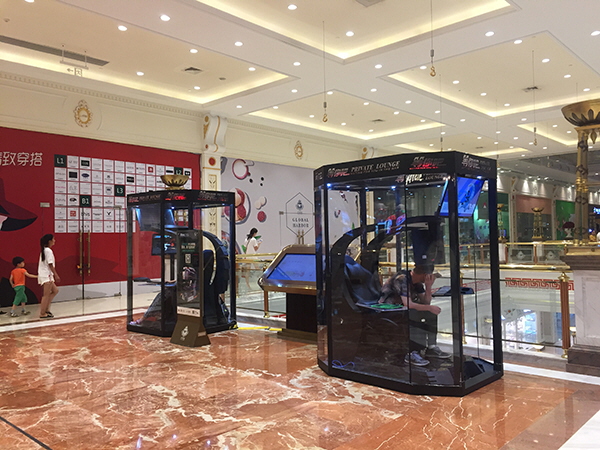 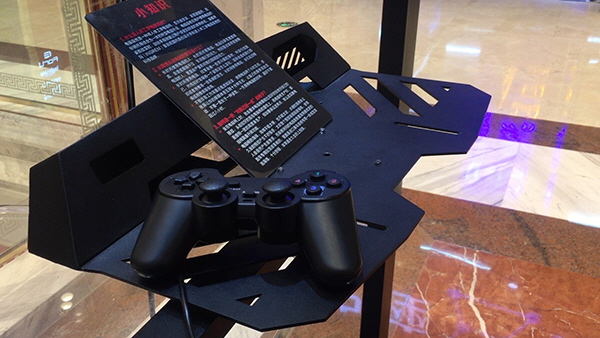 Apparently it's working (although there is no climate control). As the BBC reports,

A few men that tried out the pods told [original source] The Paper that they thought they were a novel idea.

Mr Yang said he thinks the pods are "Really great. I've just played Tekken 3 and felt like I was back at school!"

Another man, Mr Wu, agreed, but said that that he thought there were areas for improvement. "There's no ventilation or air conditioning, I sat playing for five minutes and was drenched in sweat." 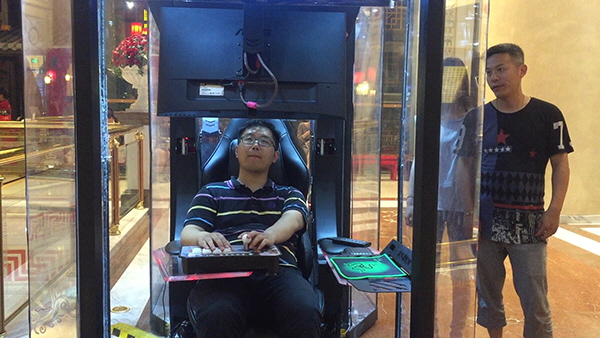 Not everyone is thrilled with the pods, however. As one woman opined on Chinese social media,

"If my husband just wants to go out and play games, what's the point of bringing him out?"