…including where you can get some for free!

On August 21st the U.S. will experience a rare phenomenon, a nationwide solar eclipse. Because this upcoming one can be seen from the east coast all the way to the west, millions of Americans will view it.

Obviously you cannot stare directly into the sun, even during an eclipse, without doing permanent damage to your eyes. Special sunglasses with solar filters are required. These glasses, covered in an opaque polymer film embedded with carbon powder, are so dark that they admit no light at all unless you're staring into the sun; everything else is pitch black. And despite the fancy material, these glasses aren't expensive, with prices ranging from 99 cents (with paper frames) to $30 (plastic frames). 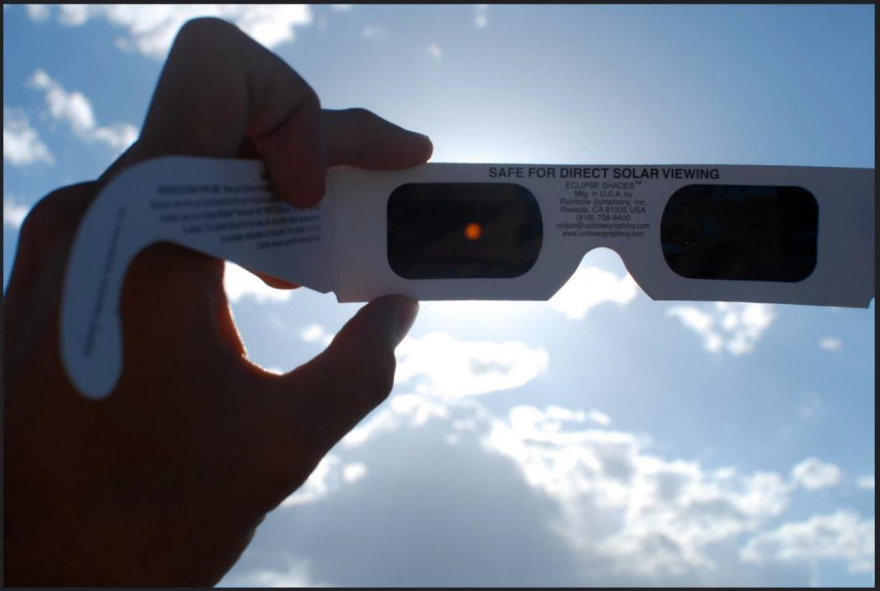 Unfortunately, as Reuters reports, the market has become flooded with manufacturers selling fakes.

"It's a bunch of unscrupulous people cashing in on the eclipse and putting public safety at risk," said Richard Fienberg, press officer for the American Astronomical Society (AAS).

Staring at the sun without proper filtration, even when it is partially obscured by the moon during an eclipse, can damage or destroy photo-receptor cells of the eye's retina, leaving blind spots in a person's field of vision, experts said.

To combat this, the AAS has put together a list of brands and suppliers that they know are legit. "If a supplier isn't listed here, that doesn't mean its products are unsafe — only that we have no knowledge of them or that we haven't convinced ourselves they are safe," the AAS writes.

*Based outside the United States.

Astronomical Society of the Pacific

Eclipse for a Cause

Off the Wall Toys & Gifts

The AAS also reports that NASA, Astronomers Without Borders and some libraries are giving away safe solar eclipse glasses for free. Click here and scroll down for details.

Our thanks to AAS for taking the time to put this list together!