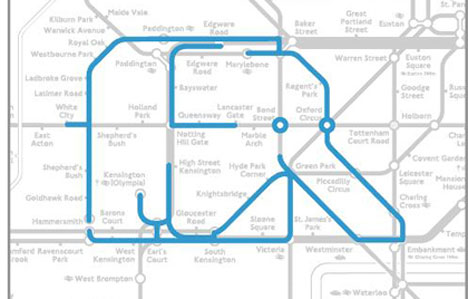 Seventy-four years ago, graphic designer Harry Beck produced the first map of London's metro system. Seventeen years ago, Paul Middlewick starting spotted animals hidden in the designs. Although they look less like purposeful designs and more like the animals seen in constellations, they're still kind fun to look at. (They're also mostly benevolent animals; absent are the rats, pigeons and cockroaches you'd be bound to find in a NYC subway map.)