Learn by Example: How to Design Light Pipes

Light plays an important role in the design of many hardware products. Often, they are both decorative and functional. Indicator lights are the most minimal user interface: They tell you whether the device is turned on, low on battery, or "thinking" really hard.

On modern electronics, the light's source is almost always an LED. However, you rarely see exposed LED components on the exterior of a device. What you do see is the exit surface of a light pipe (also known as a light guide).

Light pipes can focus, diffuse, or redirect light; most light pipes do some combination of these.

In our teardowns, we've seen many light pipes—they're one of our favorite types of components because each one is so unique. Today, we want to dig deeper into some unique light pipe applications and explain the principles behind each design.

As I mentioned, LEDs are power-hungry components. So for portable electronics, you should only use the light when the user is actively interacting with the device, and you'll want to minimize the number of LEDs needed. Light pipes can be used to extend the reach of LEDs so you can use fewer to achieve the same illumination effect. Here are two examples of how light pipes illuminate logos and thumb pads.

The UA heart rate monitor's front cover features a sizeable logo. The engineers behind this product managed to light up this logo evenly, with just one tiny top-firing LED at the center of the main PCBA. This LED doesn't have much reach by itself. 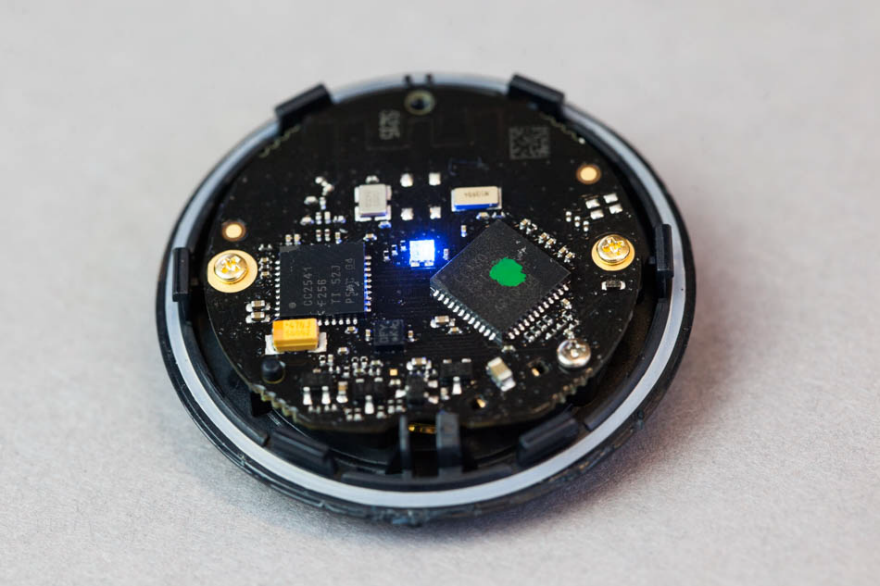 Enter the light pipe: It's made of a milky plastic that could be polycarbonate resin (normally transparent) with added titanium dioxide. The more titanium dioxide that's added, the more milky the plastic, which improves diffusion.

The cone-shaped cavity feature at the center of the light pipe is designed to match the LED; the angular wall of the cone helps to direct the emitted light into the light pipe. 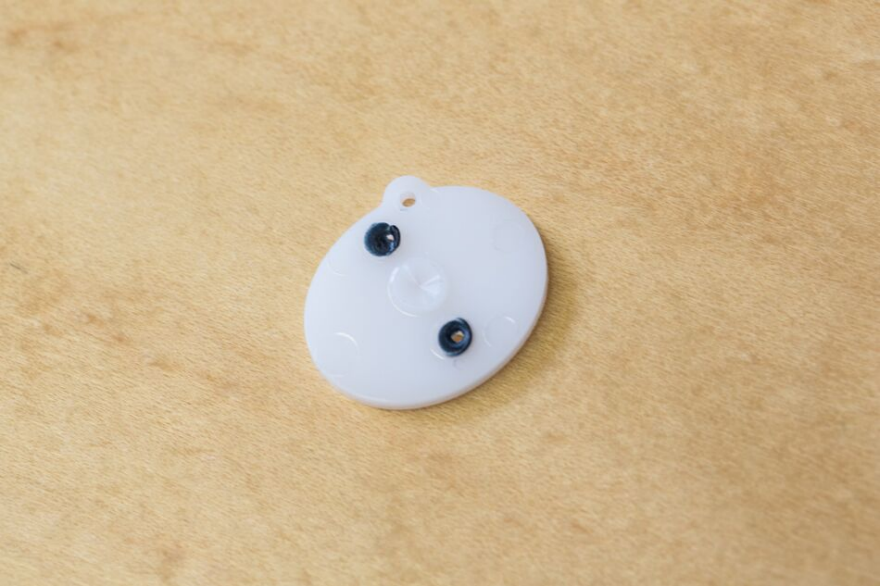 Let's see the actual effect of the light pipe:

1. Without the light pipe, there is a strong hot spot in the center of the logo and not much light elsewhere.

2. With the light pipe, the light emitted by the LED is spread out more evenly and the extreme hot spot is gone. 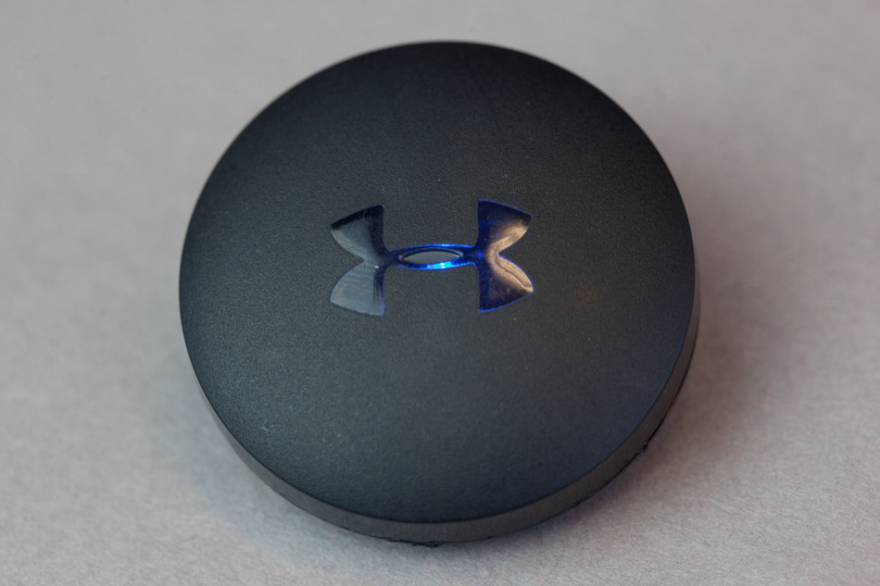 Under Armour LED without light pipe 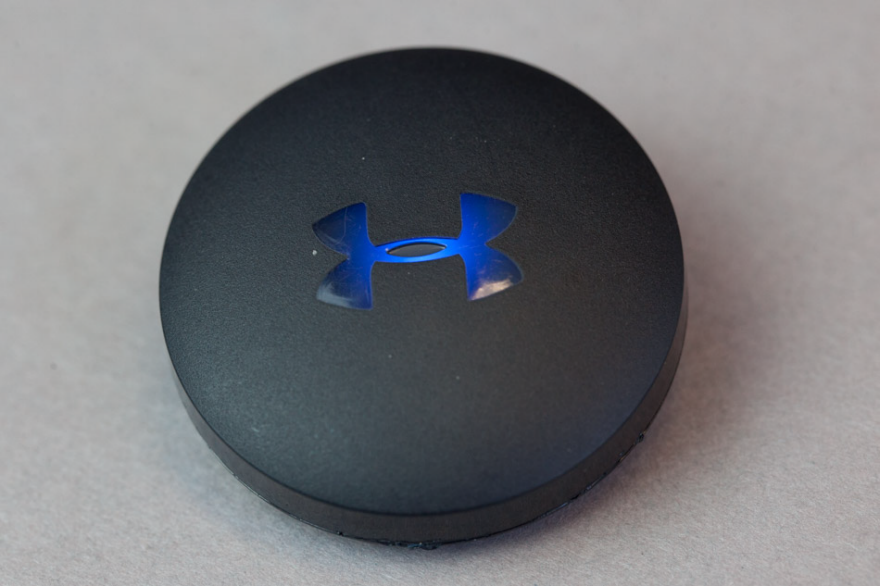 Under Armour LED with light pipe

The Logitech G600 MMO mouse has a twelve-button thumb pad. Each key is backlit, and the user can customize the light's color. How many LEDs do you think are used to light up all these keys? 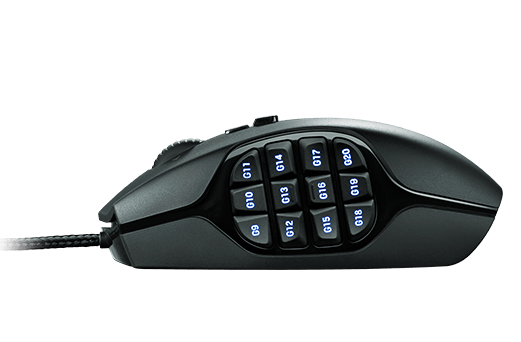 The answer is TWO! Isn't that surprising? What wizardry!

The secret is side-firing LEDs that emit light directly into a flat plate of a light pipe. Notice how close the entry point of the light pipe is to the LEDs. You can't afford losses when the lights have a long way to go to their exit points. 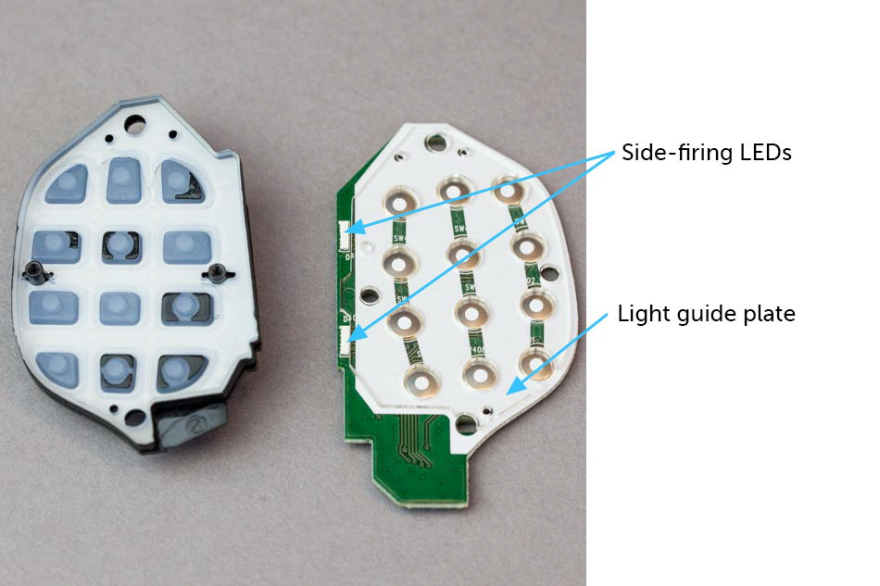 Notice how the opposing elastomer thumb pad part has black paint spots on some keys, but not others? These black spots are close to the LED, likely to mask hot spots.

Also note that the light pipe plate is super glossy, and the surfaces encapsulating the light pipe's top and bottom sides are both white. Both of these features help maximize the total internal reflection and improve color mixing.

LEDs cannot always be located right behind the intended exit point of the lights, so light pipes are often used to transport light emitted by a board-mounted LED to an exit window some distance away. They can even "bend" light, as long as it's within the limitations of physics.

Here are a few examples:

This light pipe cradles the Neato's power button. It has two entry points for LEDs to illuminate the entire path evenly. The second LED is needed because light does not like to bend past 90 degrees. If only one LED were used, significant loss would happen where the second entry point is, and the end of the arc would be dark.

The entry points of the light pipe match the shape of the LEDs well. 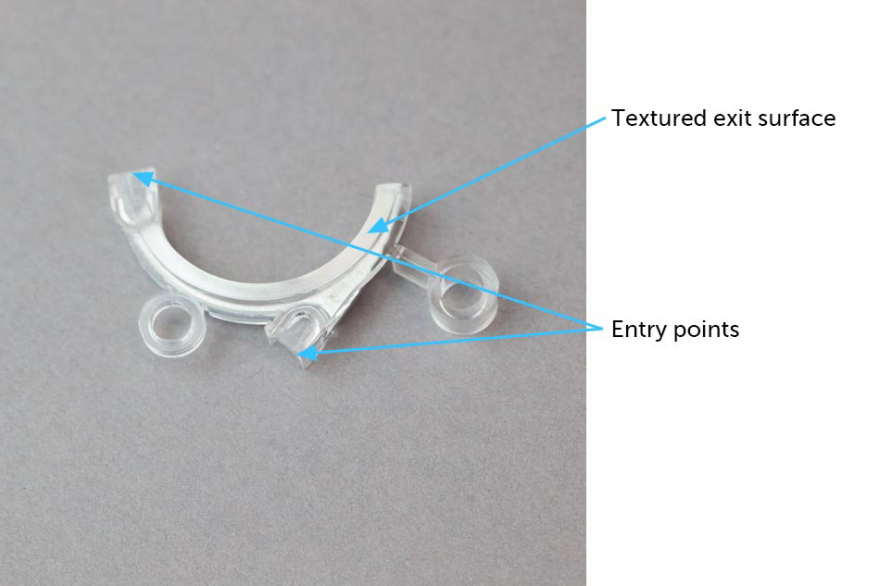 Also note that aluminum foil covers the underside of the light pipe. This has two purposes:

2. To prevent users from seeing internal components underneath the light pipe 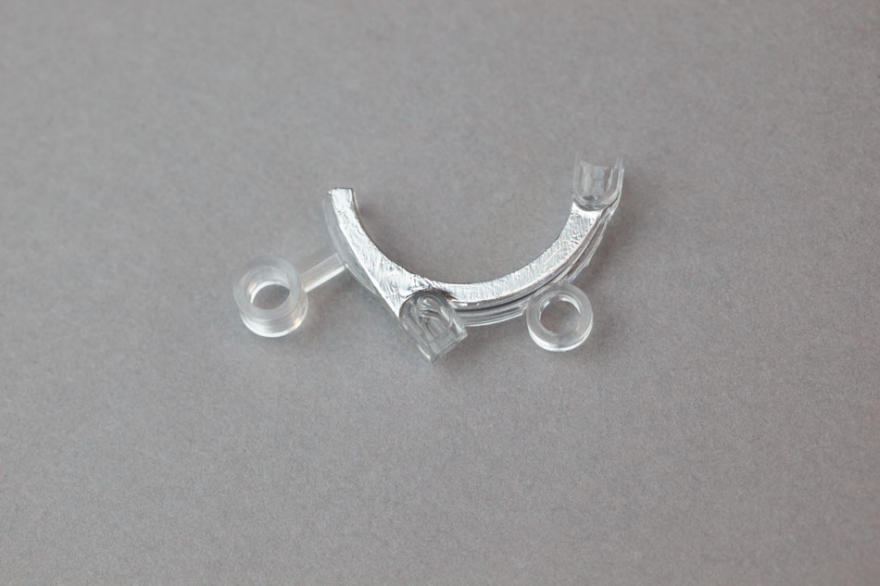 The TiVo Bolt has five status indicator lights. For all of these, the light source had to be "bent" through light pipes to exit the enclosure.

One of these is a very classic "light pipe," a clear polycarbonate tube that's slightly bent to transport light from the source to the exit point at the logo. The entry point is a flat surface—this is a light pipe that has not been matched to the LED, incurring brightness loss. However, this simplifies the injection mold tooling of the light pipe. 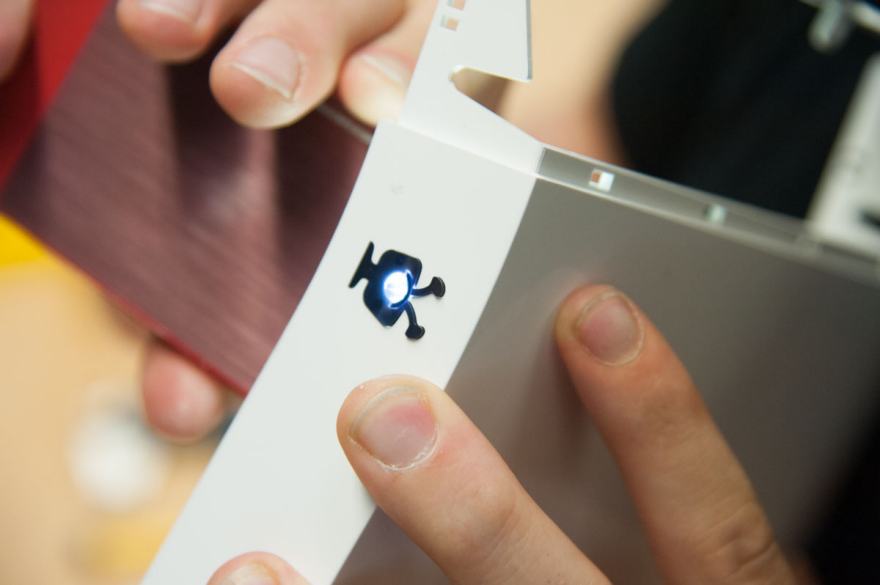 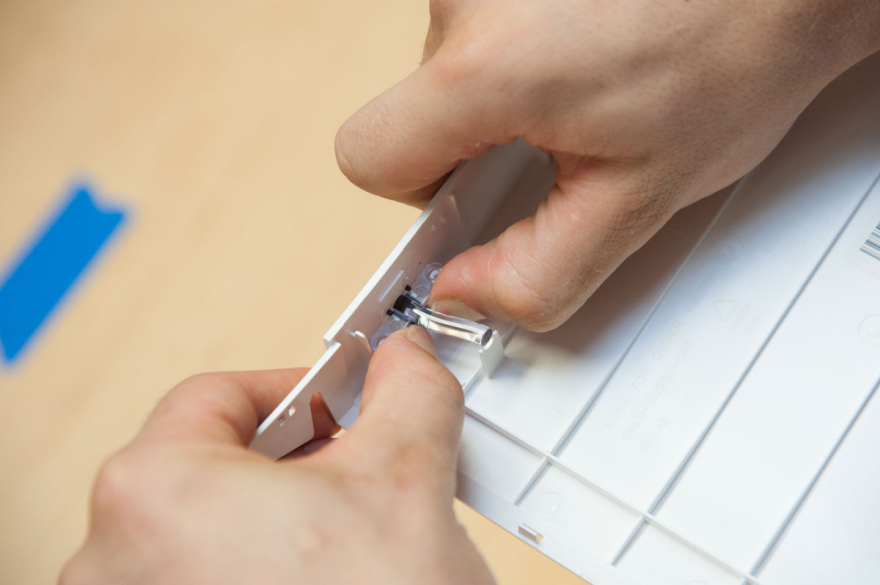 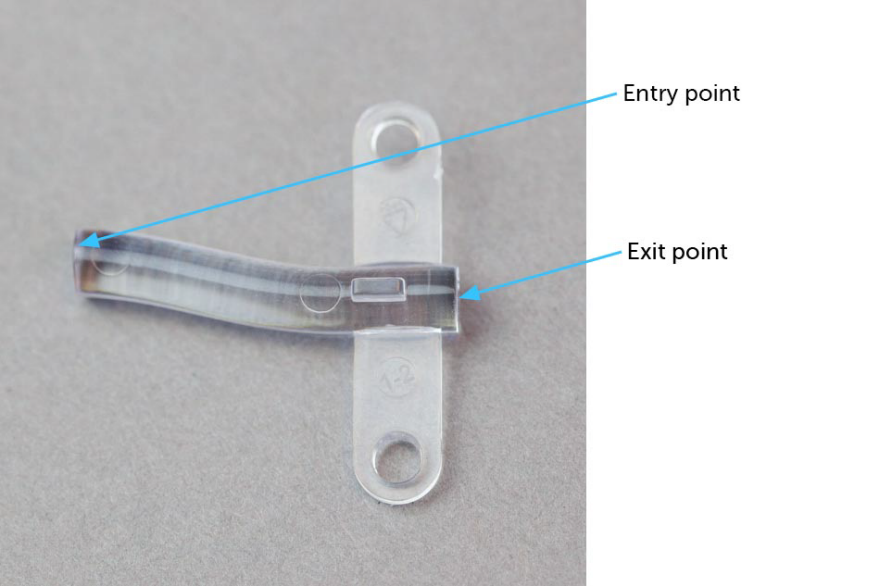 The other four indicator lights appear in a row. 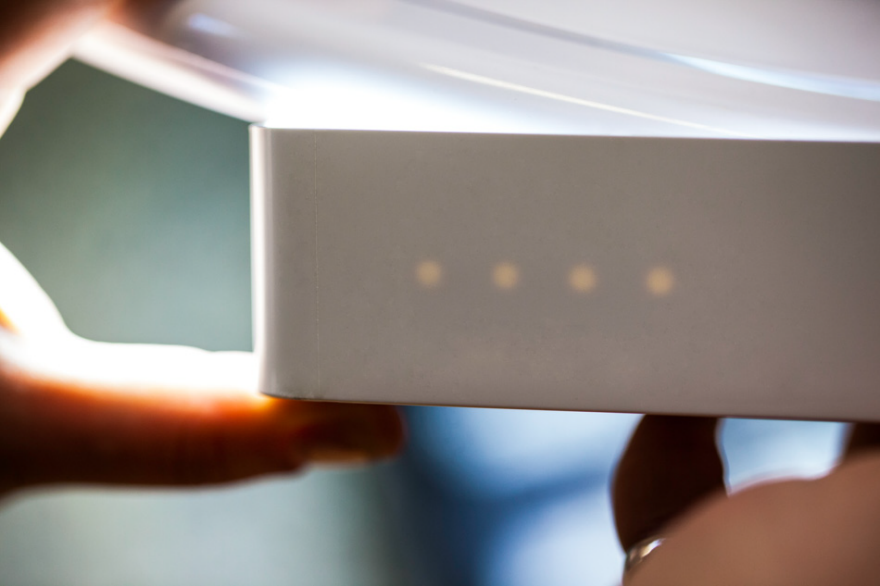 This set-up uses a multi-unit light pipe—think of this as a multi-lane roadway! Each "roadway" has its own entry and exit points. The light sources are four surface-mounted LEDs in a row. 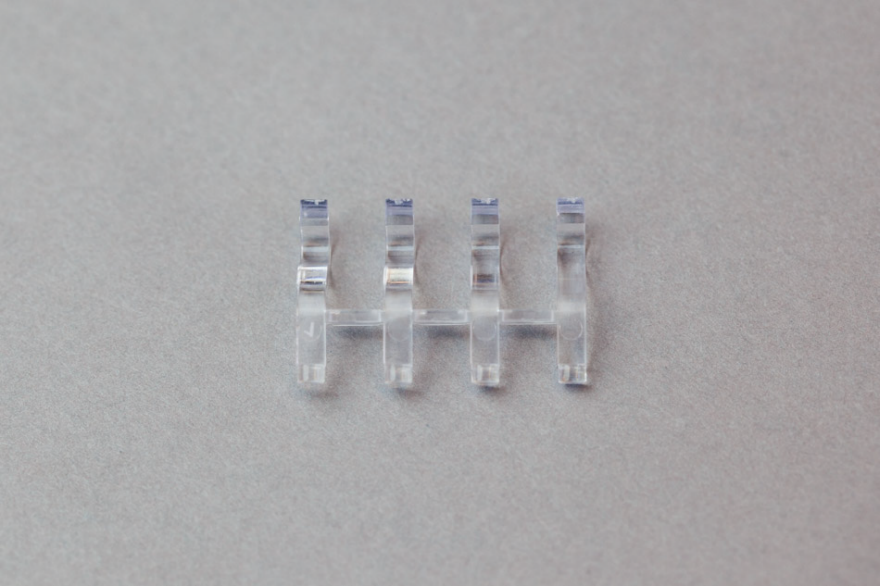 The light pipe is covered by a two-piece black shroud, which eliminates light leakage. Since the TiVo Bolt enclosure is white (not light-proof), without the shroud, we wouldn't be able to see each light distinctly. 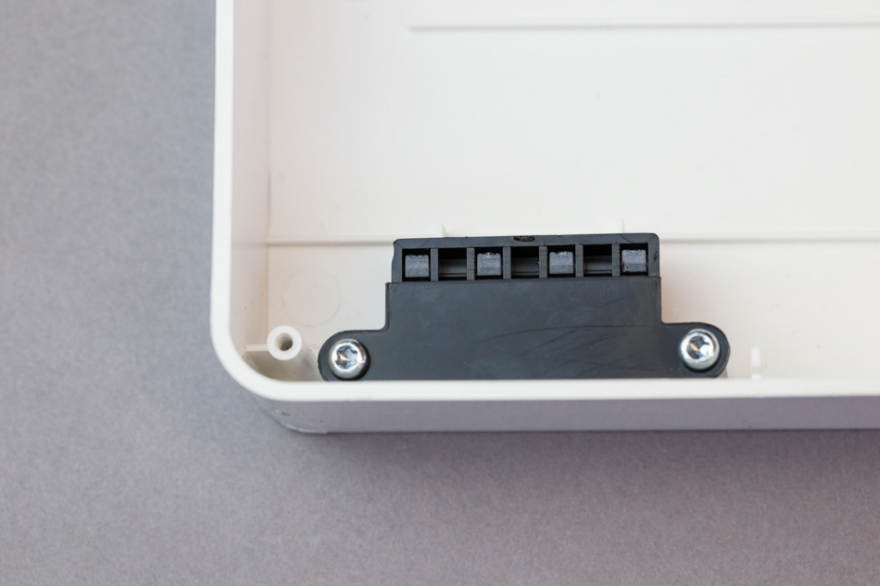 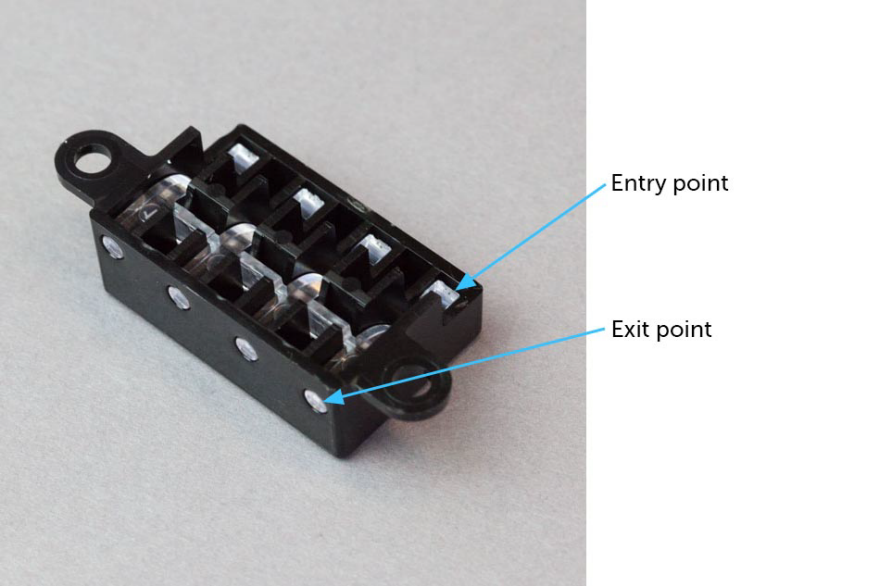 We hope you enjoyed this "anthology" of light pipe examples. Put your own spin on these established designs, and add some shiny to your next project! Now that you have form factor inspiration, check out our guide to prototyping light pipes with 3D printing.

Learn by Example: How to Design Light Pipes