Game of Thrones Recap: "The Dragon and the Wolf"

The episode begins with the Unsullied and Dothraki armies massing outside of King's Landing. 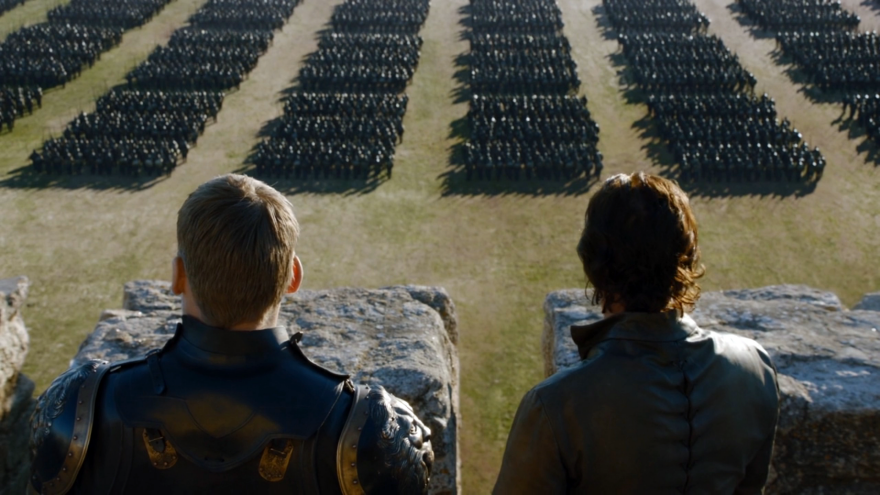 It's a menacing sight indeed. 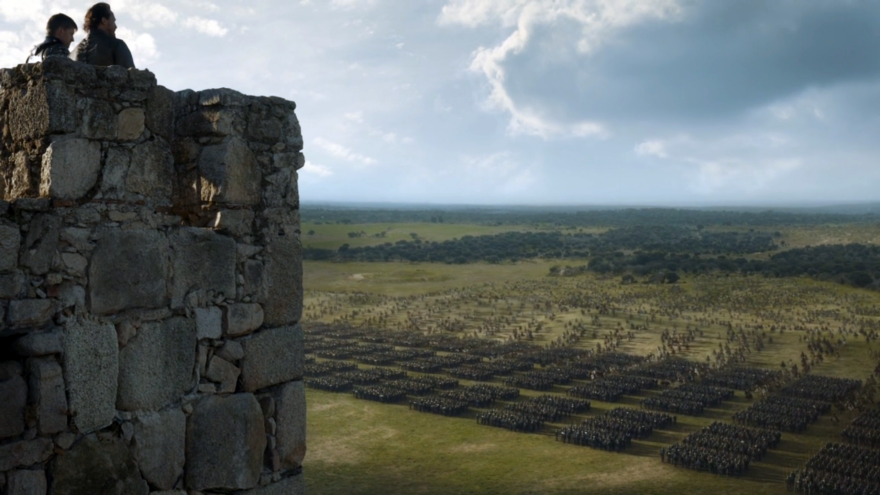 "I mean, the moat sounded like a total rip-off when the contractor proposed it, but now I'm kind of kicking myself."

For an army of men who can't feel pain nor attract a mate, their facial armor indicates a preoccupation with protecting their moneymakers. 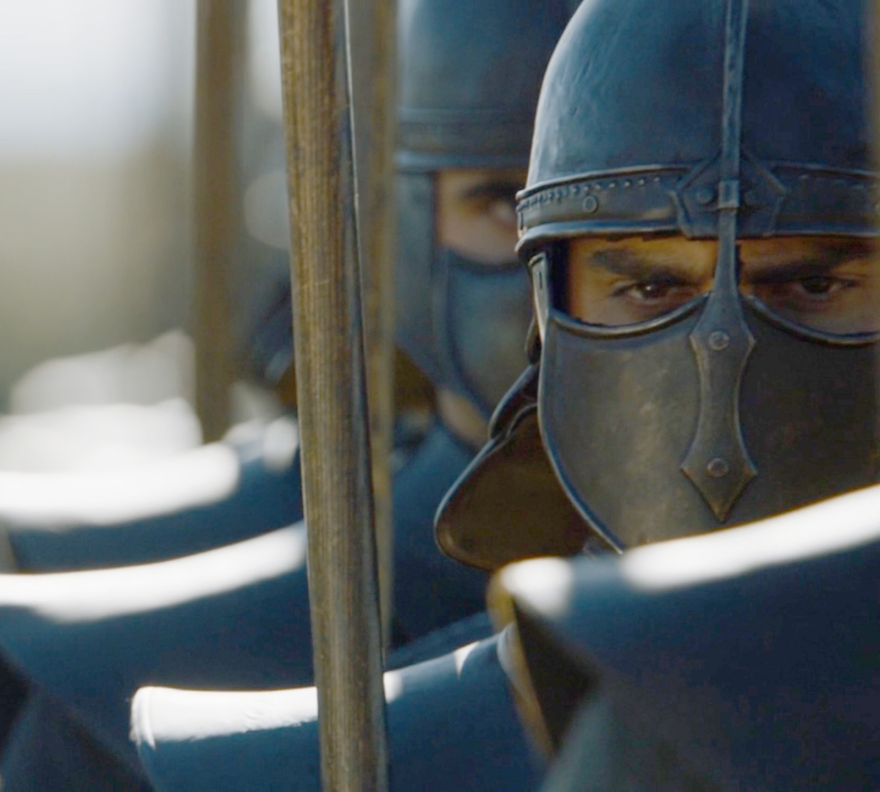 "Two holes. All they'd have to do is poke two lousy holes in this thing and I could breathe."

Greyworm leads them, taking what meager advantages his position allows. 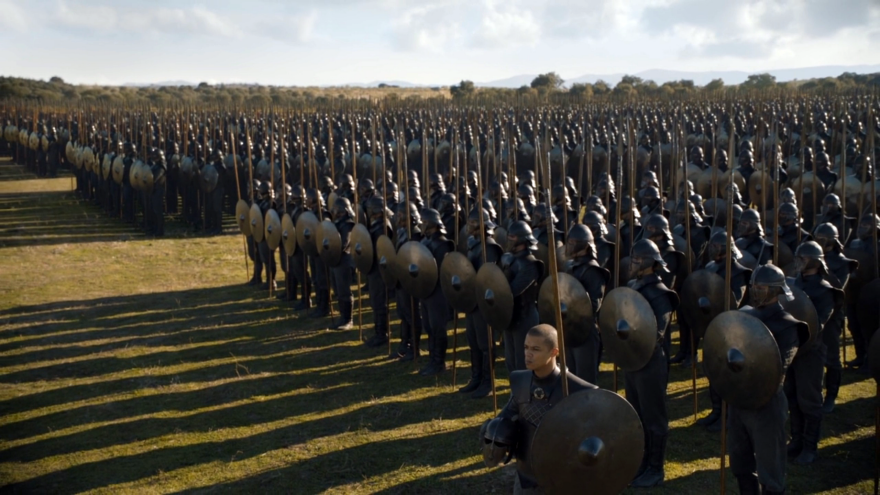 "I'm taking my helmet off because I don't want to get weird tan lines. I'm supposed to go to a friend's wedding next week."

In this episode we see that Lannister helmets are interesting: They have butterfly-like swing-open eye protection. 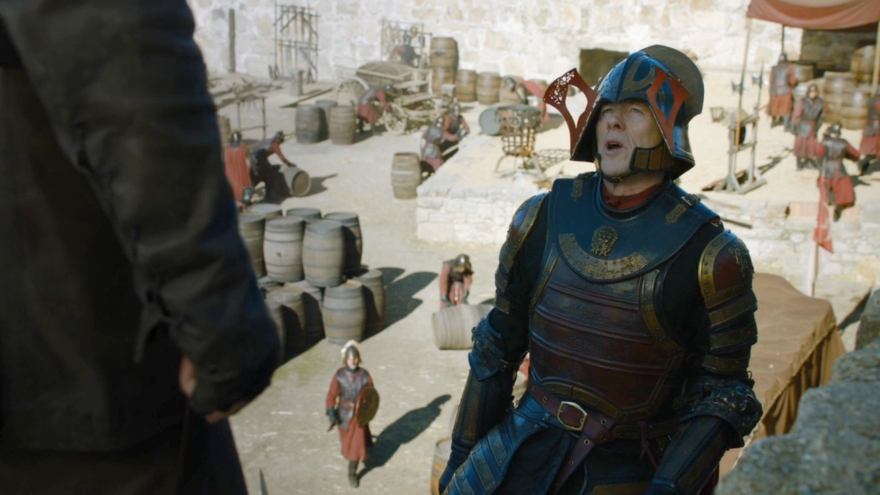 "I painted the insides red just to give them a little flair. It works, no?"

Later we see most of the principals sitting down for a summit in the old dragon pits. They're forced to wait for Danaerys. 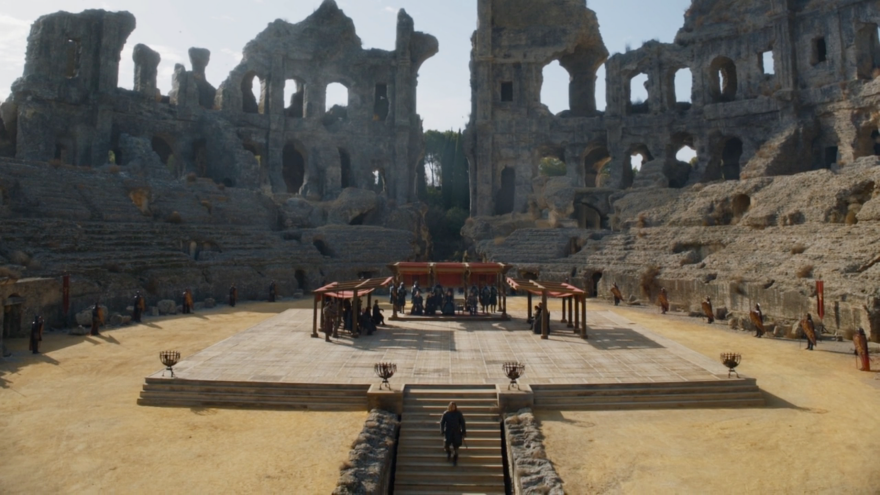 "I gotta take a leak. The bathroom's down here, yeah?"

The Hound finally runs into his brother, Gregor. 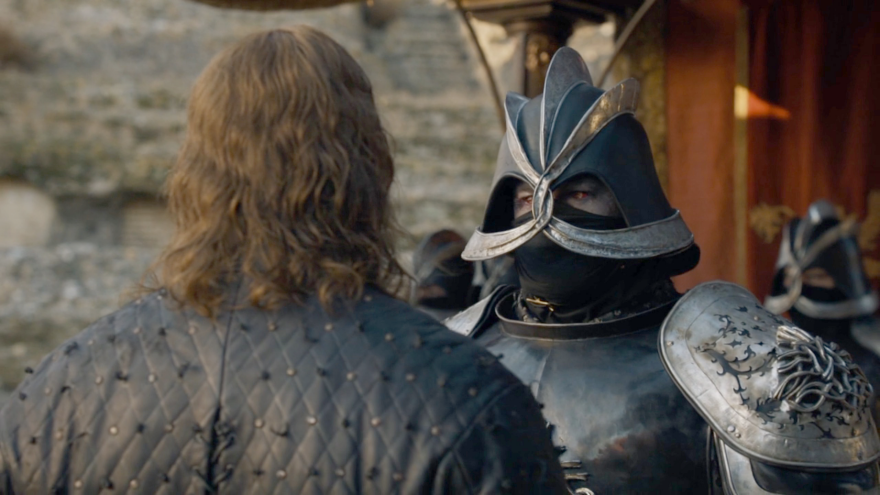 "You can call it whatever you want, Gregor, but I know pinkeye when I see pinkeye." 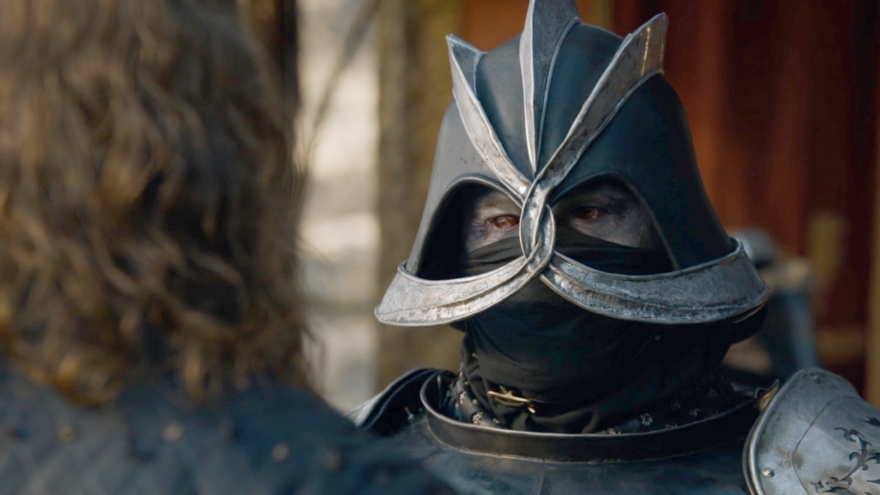 "But yes, I admit that your nose protector is pretty cool." 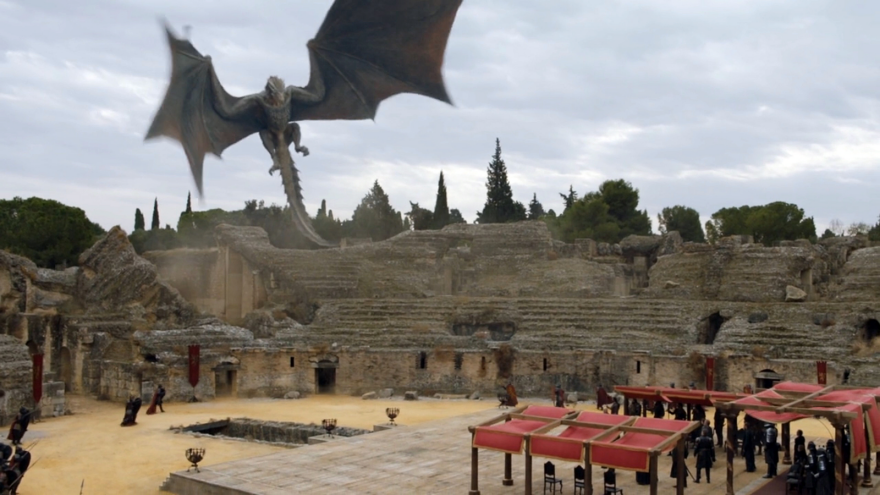 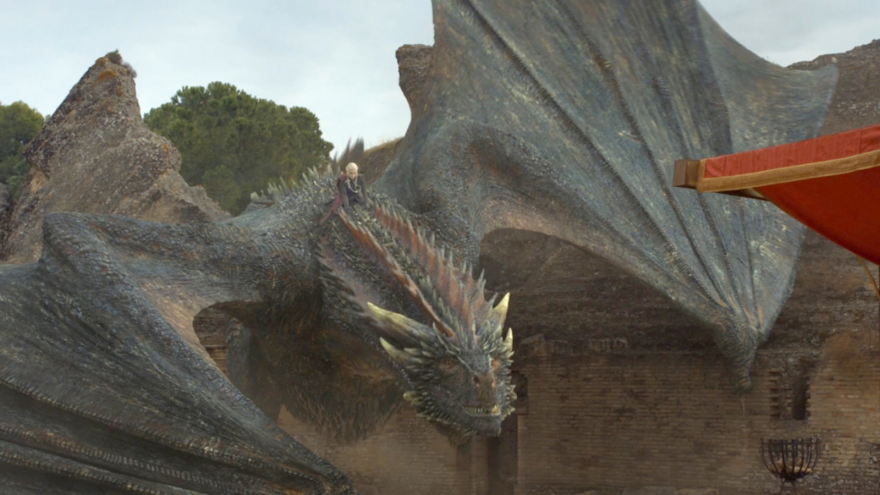 "Hey guys--DRACARYS! Ah, just kidding. You should see your faces!"

The Hound produces the heavy box containing the wight they want to show Cersei. 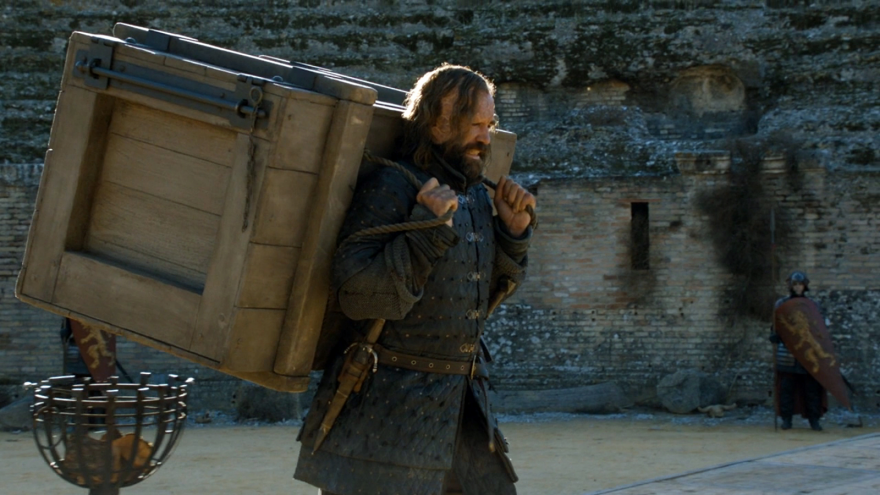 "I could use some of those JorahStraps."

After the wight is released and they cut it up into pieces, a curious Maester Qyburn picks up its severed hand. 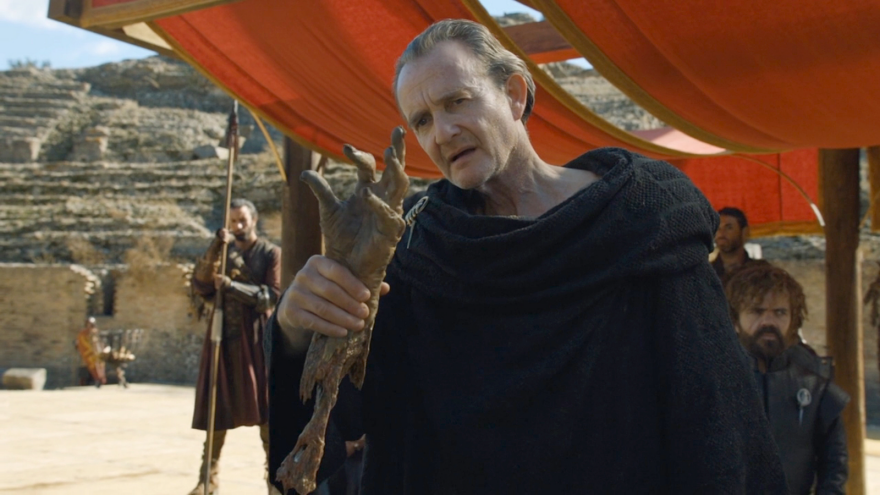 "What the--is it giving me the finger?"

What's weird is that after the proceedings, the mutilated, chained wight corpse is just lying there, and no one does anything with it. 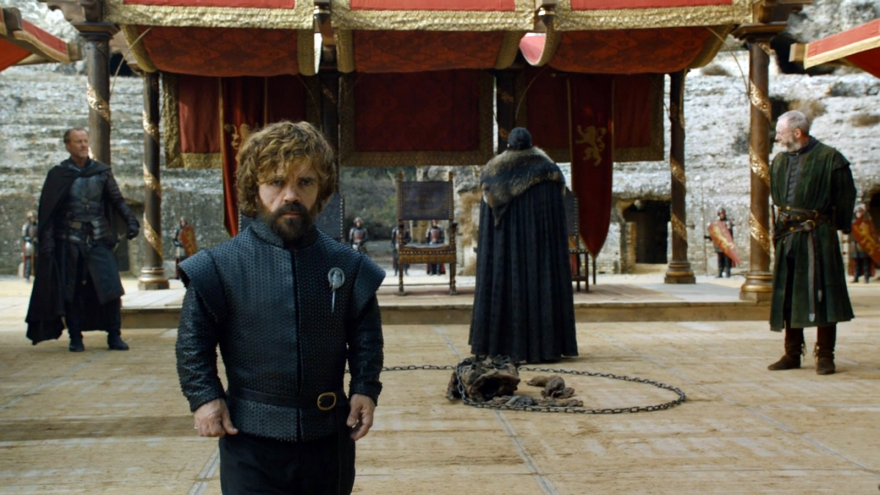 "Whoever looks at it first, has to clean it up."

Over at Winterfell, Sansa presides over a little courtroom drama. 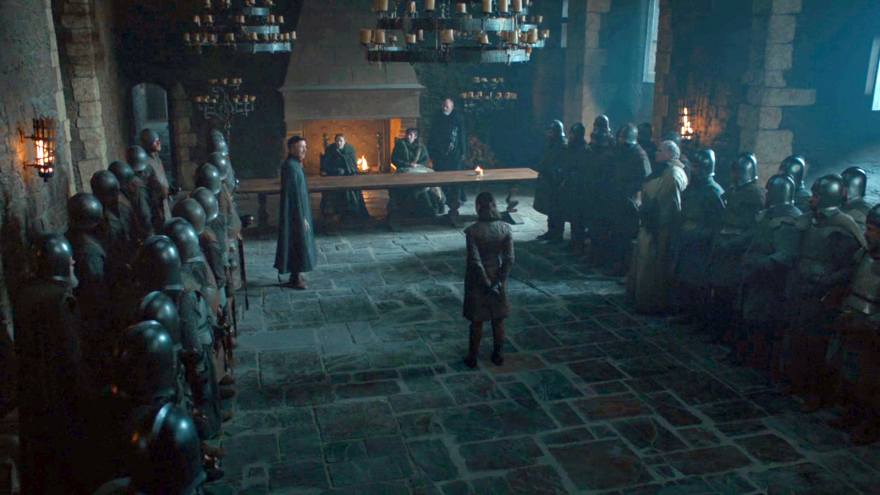 "Why are all of you wearing your helmets indoors?" 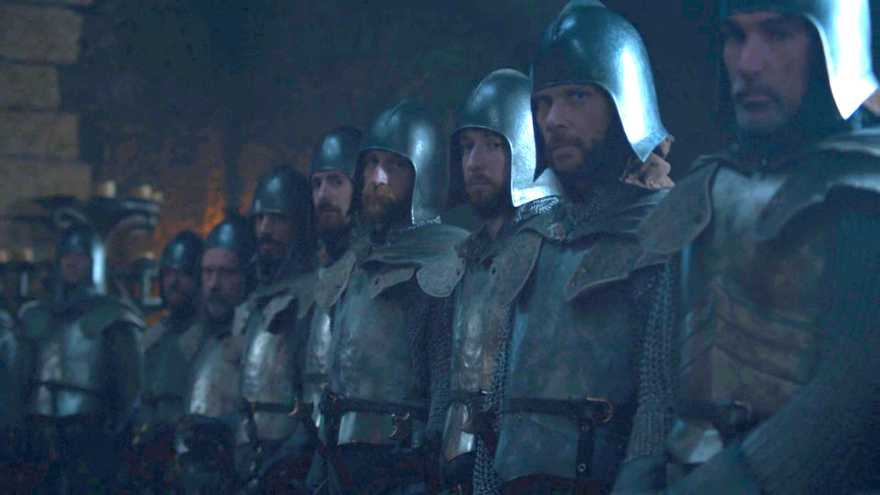 "We don't mean to complain, Milady. We're just saying that all of the other armies' helmets have nosepieces, face shields and butterfly eye protectors and they all look wicked cool."

Petyr Baelish is swiftly put to death, and bleeds all over the floor. 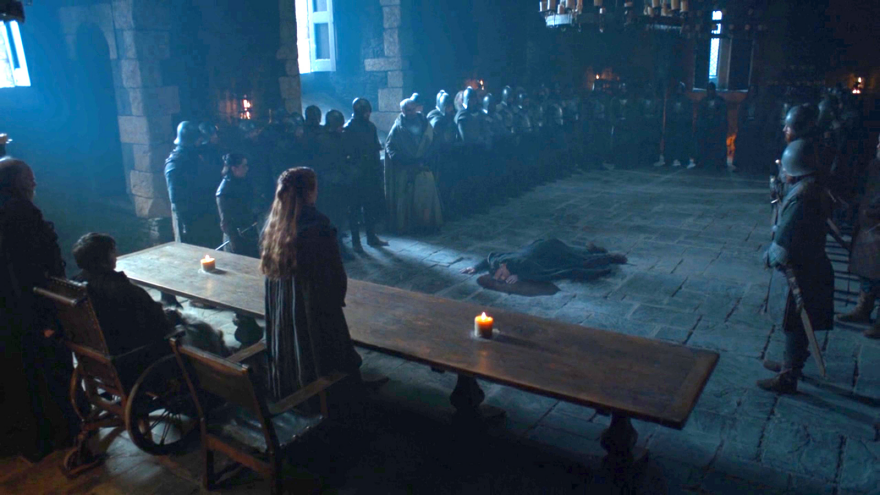 "I said, I need a volunteer to clean that up. Ser Ronald--I just saw you looking at it. You know the rules, you clean it up."

Over at Eastwatch, men man the guardposts atop the wall. 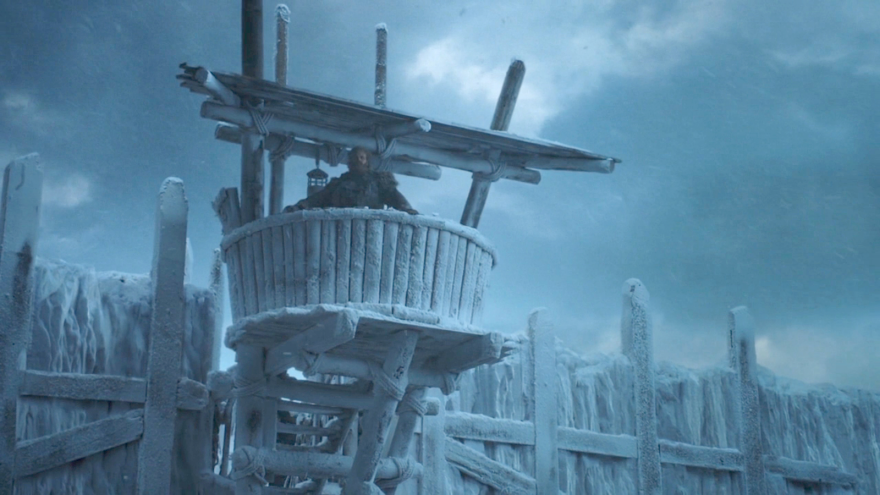 There's a communal horn mounted from a chain. When you see trouble, you're meant to blow the horn. 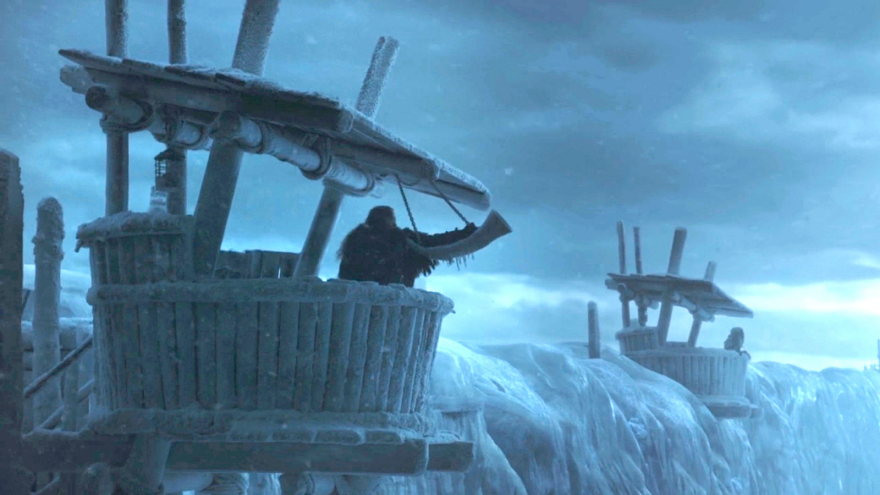 "Gross--someone's frozen saliva is all over this mouthpiece."

Trouble does indeed arrive, in the form of the Night King riding a zombie dragon. 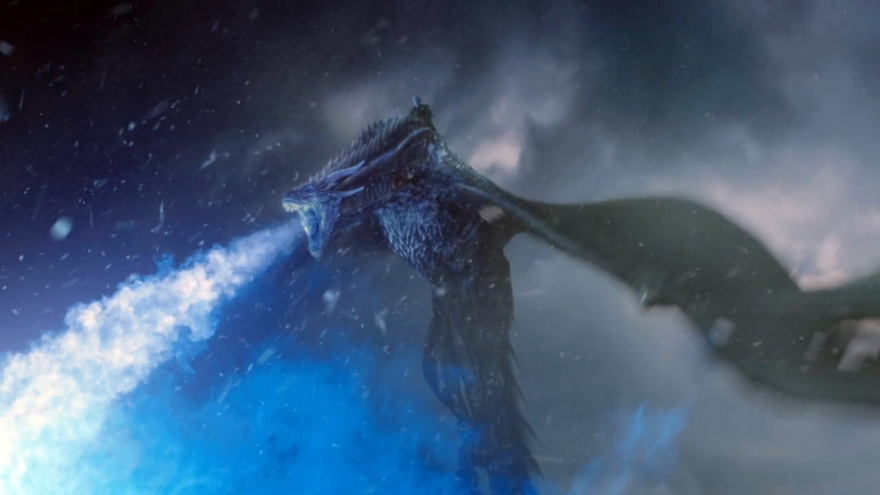 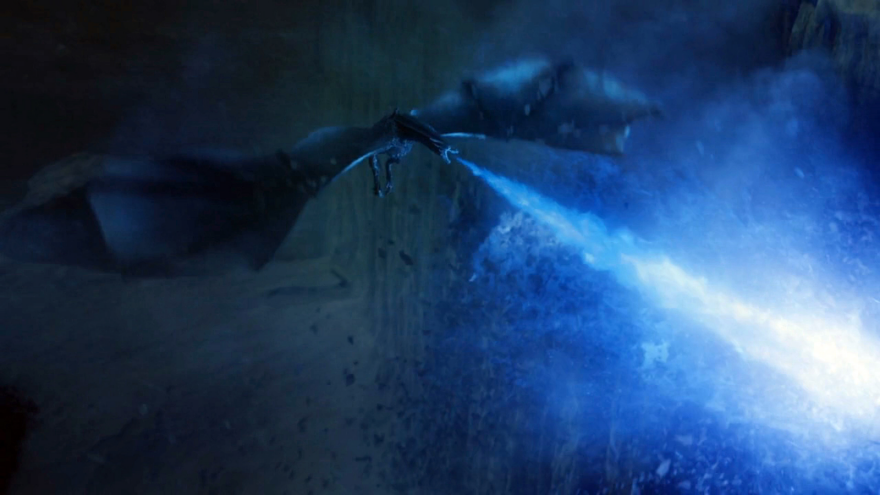 …while the army of wights watches jealously. 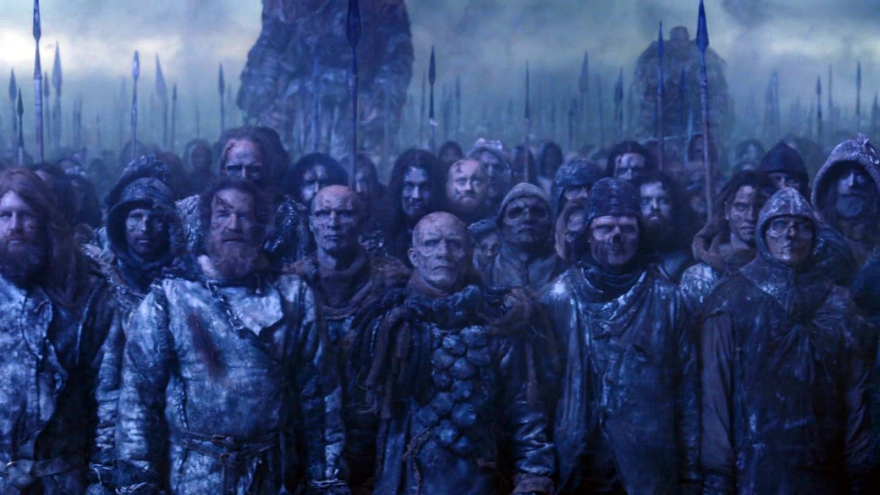 "Why does HE get to ride it? I bet I could fly it better than he can."

As the wall begins to give way, the men manning it flee for their lives. 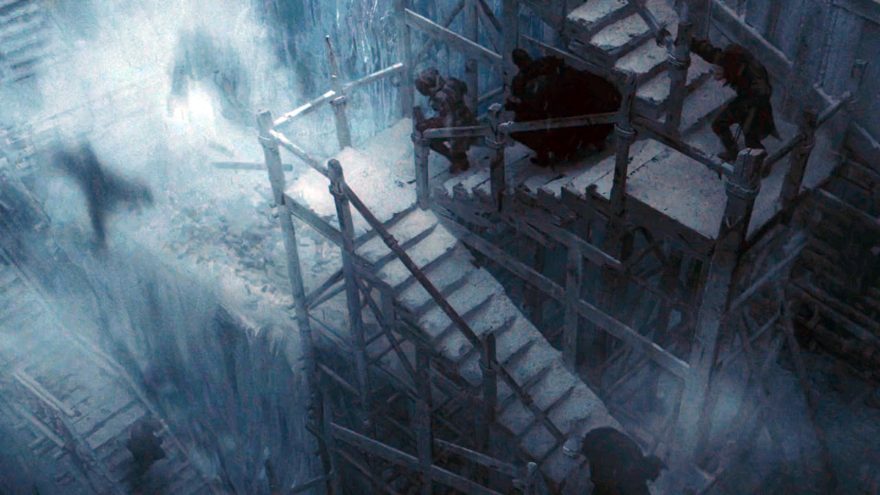 "Well maybe I'd move a little faster, Larry, if the steps weren't COMPLETELY COVERED IN ICE. You want me to break my neck?"

Alas, they don't make it, and the wall begins to break. 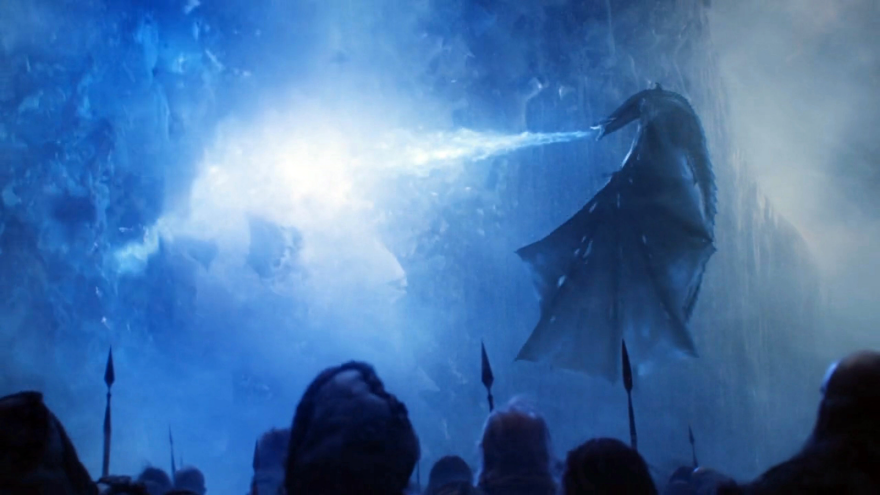 The last thing we see is the Night King flying and leading his army through the breach. 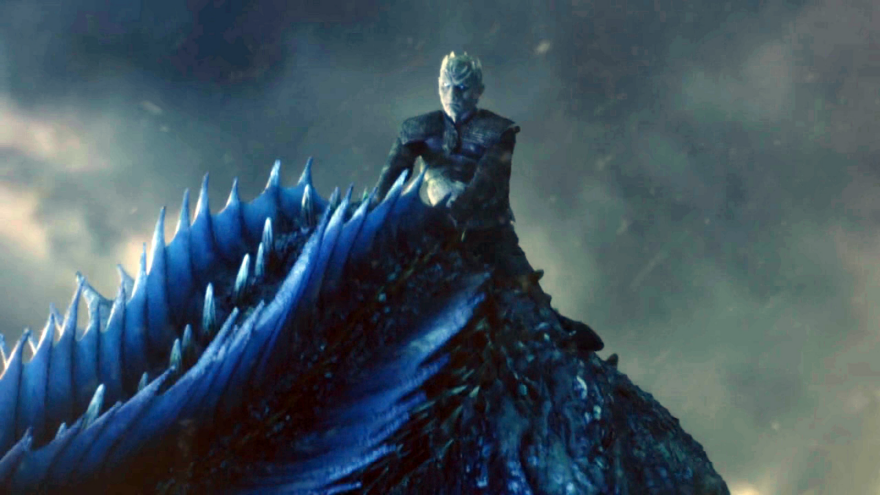 "With all these freaking spikes, this is actually not that comfortable."

See you next season!

Game of Thrones Recap: "The Dragon and the Wolf"