A smarter design for smart frames

Gone are the days of flipping through physical photo albums with your family, reminiscing on vacations, weddings and other shared experiences while leaning over a massive book. Now in the digital age, many of us have thousands of photos stored on our phones, many of which we take and never appreciate again since printing them is no longer second nature.

During our trip to NY Now, we had the opportunity to speak with Abdur Chowdhury and his team about Aura smart picture frames. With the unveiling of the company's collaboration with Jonathan Adler, it felt like an appropriate time to discuss the meaning of photographs in modern times and how technology can adapt to help us process the large quantity of photos we take on a daily basis. Adler talks a little about the collaboration in the video below:

Behind The Scenes of the Aura + Jonathan Adler Collaboration from Aura on Vimeo.

Aura has been around for some time, developing technology to make smart picture frames look less like this: 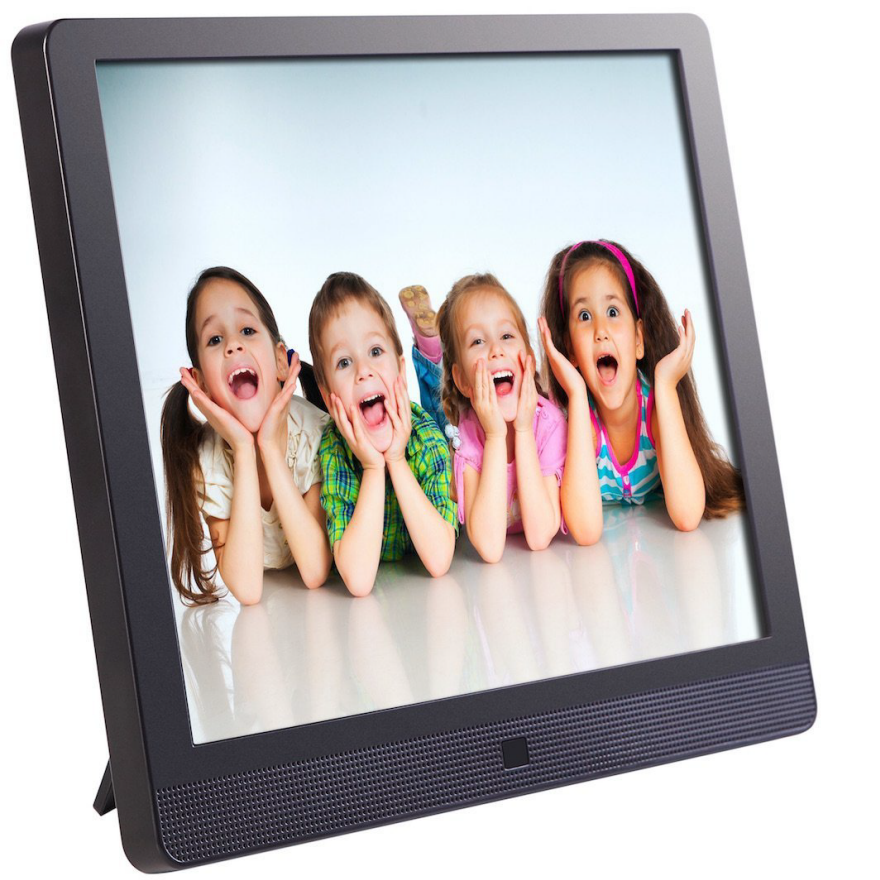 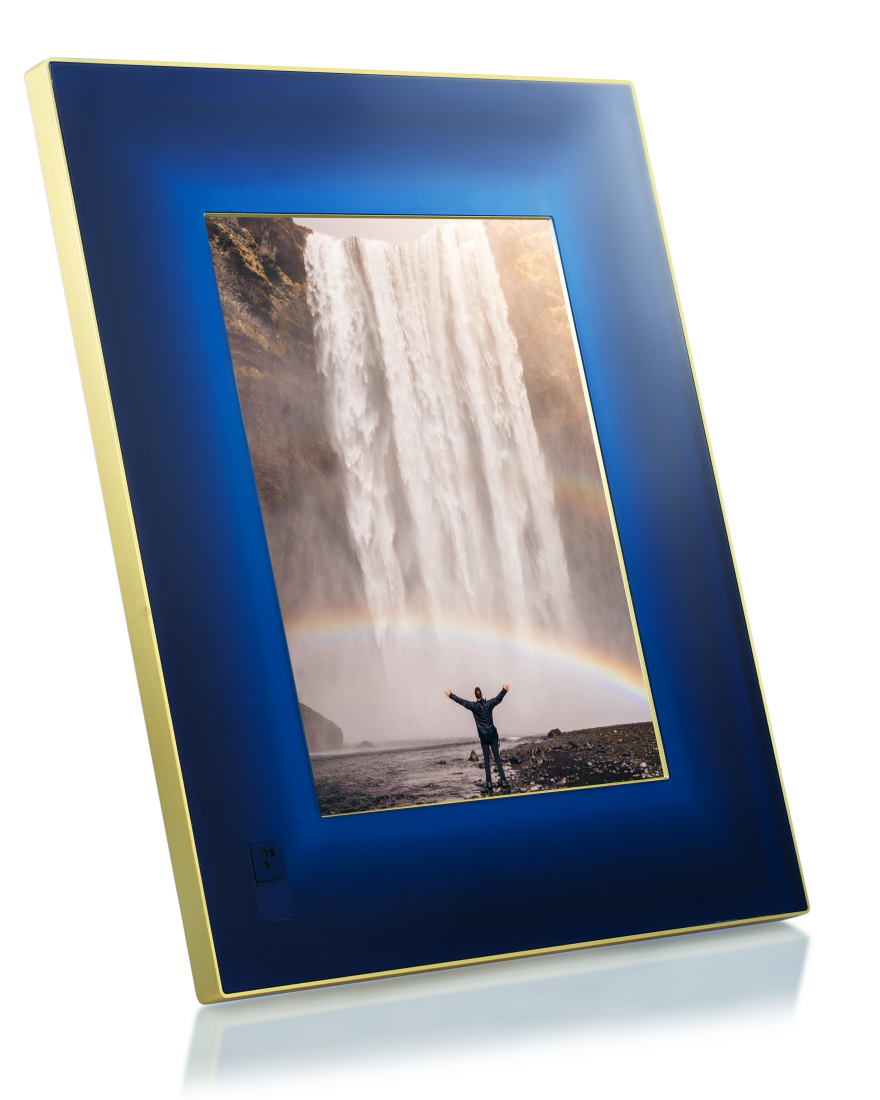 The concept is relatively simple. The accompanying app scans your camera roll, paying special attention to people that consistently appear in your photos so it can automatically send future photos directly to them. Aura works quietly in the background of your home or office, displaying images from your devices on a screen that auto-adjusts its lighting to fit with its surroundings. If you want to look back at a photo, swipe your hand across the frame from the lefthand side, and if you want to skip a photo, simply swipe across the righthand side. As a side note, the frame also supports those underutilized "live photos" you accidentally take on your iPhone, which creates a nice subtle movement without being a distraction.

Of course Aura's success lies in large part within the high-end, minimal design of the frame. Their recent collaboration with Jonathan Adler took this a step further, allowing the combined teams to experiment with pops of color, packaging design and concept. The team's core design mission has transitioned to include an additional goal of creating a smart frame that integrates successfully into users' lives, which means a long road of constant tech development still ahead. 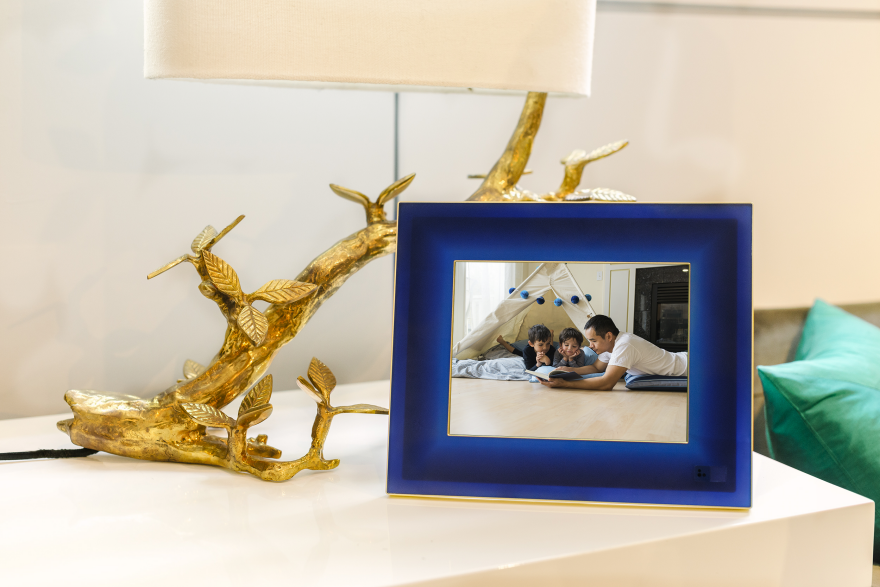 The Aura team spent upwards of two years developing the motion sensor technology that sets their frames apart from the clunky "smart" frames we're used to seeing. Along with motion technology, the frames have advanced facial recognition technology that recognizes people as they age. This allows for better photo organization, as the frame will recognize a person as just themselves, not a brand new person every year. 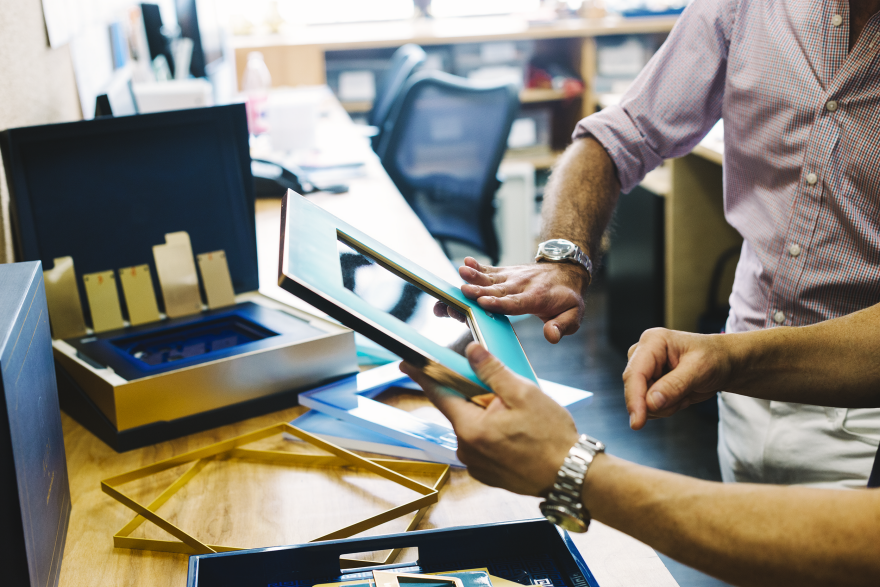 In terms of target market, Aura is noticing an interest from young families and, most interestingly, the elderly. It makes a lot of sense when you think about it—have you ever tried to teach an older relative how to use an iPad? They're generally most interested in photo storage and sharing, so in their minds, iPads and other tablets often have too many unnecessary functions. The option for relatives to directly share important photos with their friends and relatives means little to no work if you don't understand or are incapable of learning a complex new device.

Chowdhury recalled a customer service call they received from an elderly woman whose granddaughter was in labor, about to have her first great-grandchild, and she wanted to make sure she could receive the photos immediately to her Aura frame. It's moments like those that reassure the Aura team their design work is more about making technology more intuitive and inclusive and less about the wow factor of another smart object on the market.

Learn more about Aura here, and be sure to let us know your thoughts on modernizing photo organization in the comments thread below.