How to Make a Leather Handle Wrap--Without Stitching

Artist Cam Bergerman counts archery and leatherworking among his hobbies. Having learned how to craft leather handle wraps the traditional way, with stitching, he decided to experiment a bit:

I had an idea a while back for a way to join a seam in leather without anything but the leather itself. The idea is similar to a zipper. I finally got a chance to try it out on a handle wrap, and was quite happy with how it ended up.

From experimenting on some scrap, I found that the hole diameter has to be slightly larger than (edit) the distance between the holes. 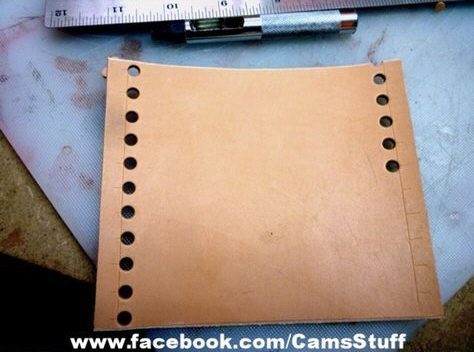 Notice in the pic below, I did not cut out toward the edge on the top and bottom holes along the left side. This keeps it from "unzipping" when it's put together. 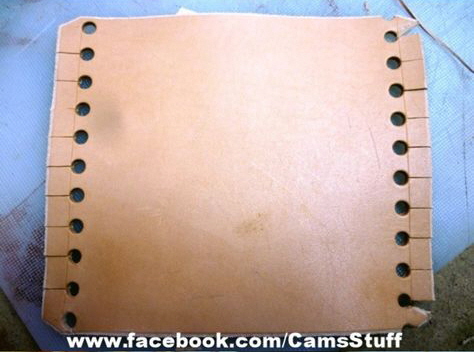 You may need some pliers to pull the first and last tabs through the holes, since they are not cut open like the rest. 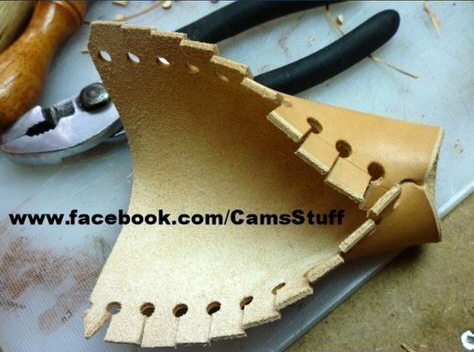 Once it's started, just alternate tucking the tabs under each other. When you get to the end you might have to use pliers again. You want the first and last tabs to be as wide as you can possibly fit through the holes, since they are basically what hold the whole thing together. 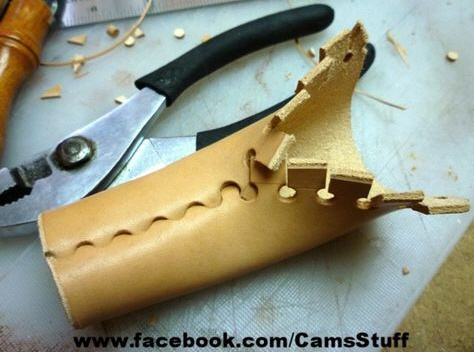 You can tool and/or stain the leather how ever you like. This wrap was a nice snug fit, so I had to use some saddle soap to lube it up enough to slide it onto the widest part of the bow's grip. 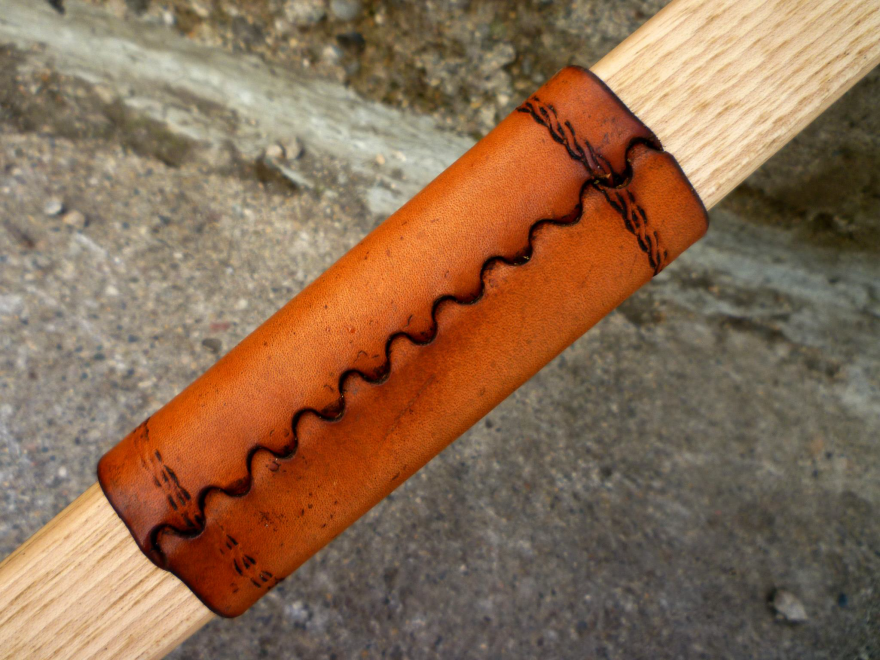 There are several variables that you have to take into account, including the size of the holes that you punch, the thickness of the leather you are using, and how much of a "tab" you leave underneath the joint. You could figure the size out by trial and error, or if you are an engineer you could do some complicated math, but this is how I figured it out. I had a couple scrap pieces that I had used to test the idea. I "zipped" them up, taped them tightly around where the grip would end up being, and then unzipped the leather from the front. Then it was just a matter of measuring to get the correct width. As far as the length, just match it to your handle. 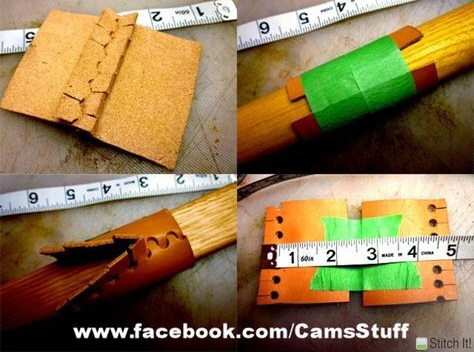