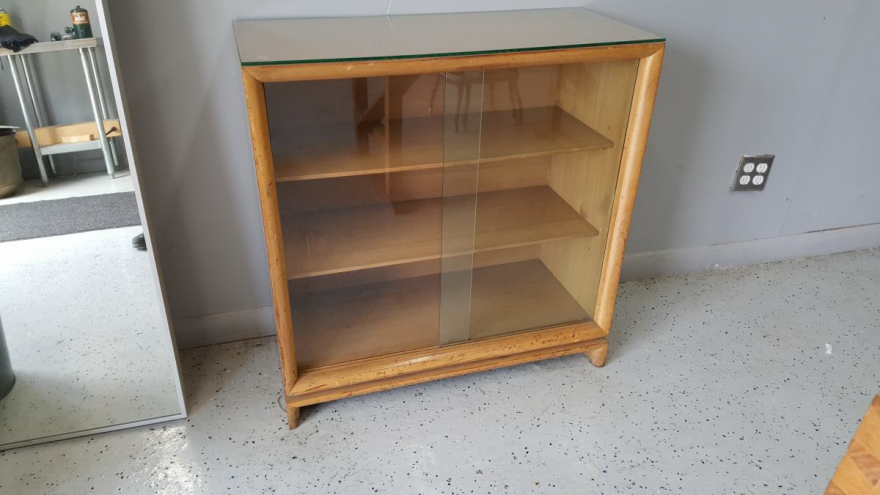 My mother bought this bookcase sometime in the 1940's, I think. It was sitting in my parents living room for over 40 years before they downsized and gave it to me. I brought it to the shop because my apartment already has too much stuff but I liked having it around. In our former location I had an office and had room for the bookshelf and a need for a place for my tool books, but at our current location I've struggled to put it to good use.

I still love the bookcase but I admit it's now in the way.

What continues to charm me about the bookshelf? I'm old enough to remember Scandinavian modern BI—that is, Before Ikea. I had a Wim & Karen bed. Blond wood, simple and elegant lines. Nowadays the Scandinavian look has been co-opted by Ikea - though to be fair Ikea has also rummaged extensively in Japanese and other nationalities' aesthetics - so much so that some people assumed that the pricey Wim & Karen furniture was Ikea's. But Ikea stuff never had the details of this bookcase.

I love the carved in recessed handles of the glass doors. 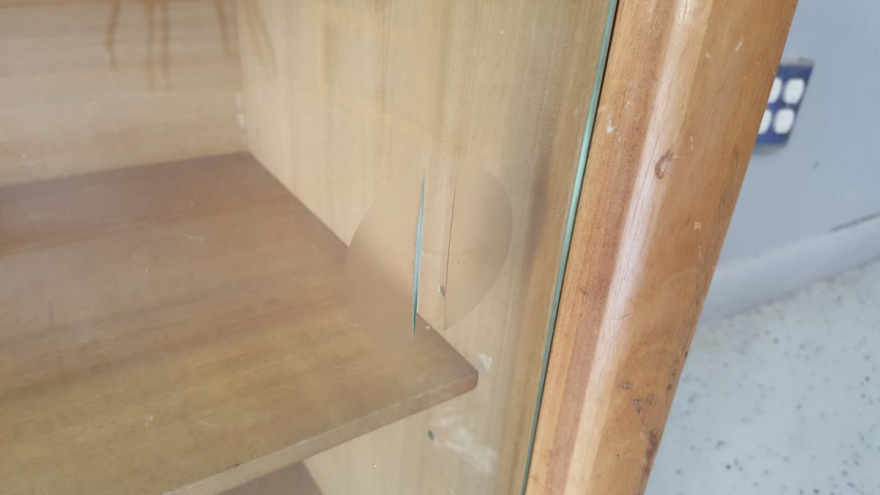 I love the glass top. Were the mod-century owners expected to put a highball glass on their bookcases? Of course. No wonder they needed a glass top.

Historically, this piece dates from the early days of "modern furniture". Unlike a modern piece, everything is solid. The shelves are pretty thick but chamfered at the bottom to give the appearance of a lighter design. That's a good trick and worth remembering. Since this is the early days the shelves, pins are turned metal, not stamped out. 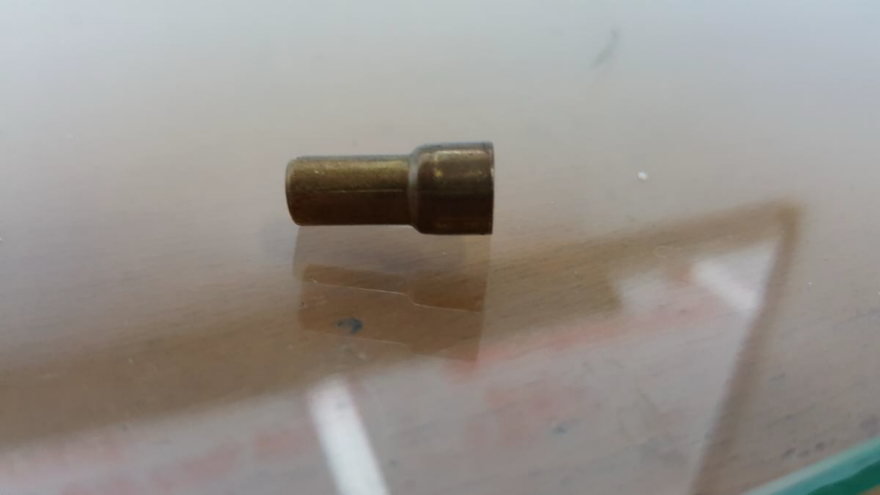 I find the details at the bottom—a base that mimics the main carcass but is upside down—very interesting, and the large miters at the corners perfect for a piece that is modern in look but not really in construction. 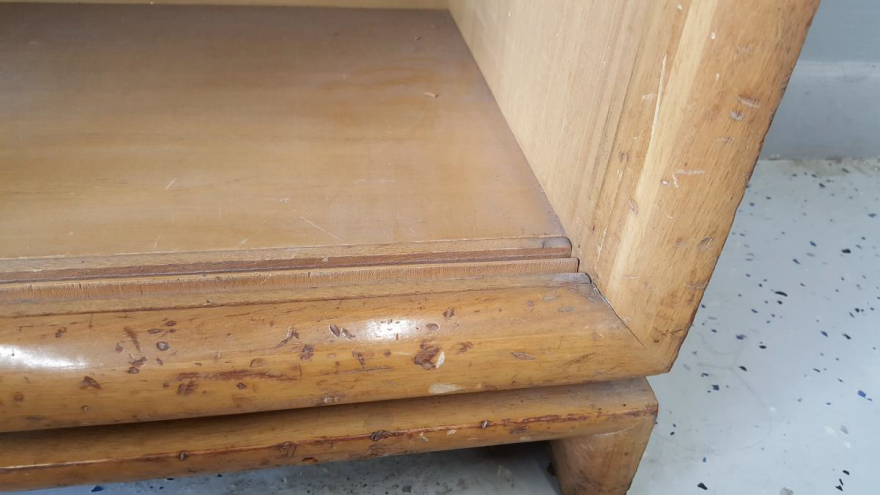 The bookcase is in pretty good shape, albeit with a lot of nicks and dents. So it might need some refinishing. The glass is in very good shape and moves smoothly on its track, which of course is the key. If you are interested in having it for yourself, $199 or Best Offer takes it away. (Actually, you will need to take it away. We will not ship it though we will help you pack the glass for safe transit.) If it doesn't move in a week or two, off it goes to a charity thrift store and later into a new home of admirers.

PS - This blog entry was originally published at toolsforworkingwood.com  a few weeks ago. The bookcase found a real nice home with an architect in Annapolis. 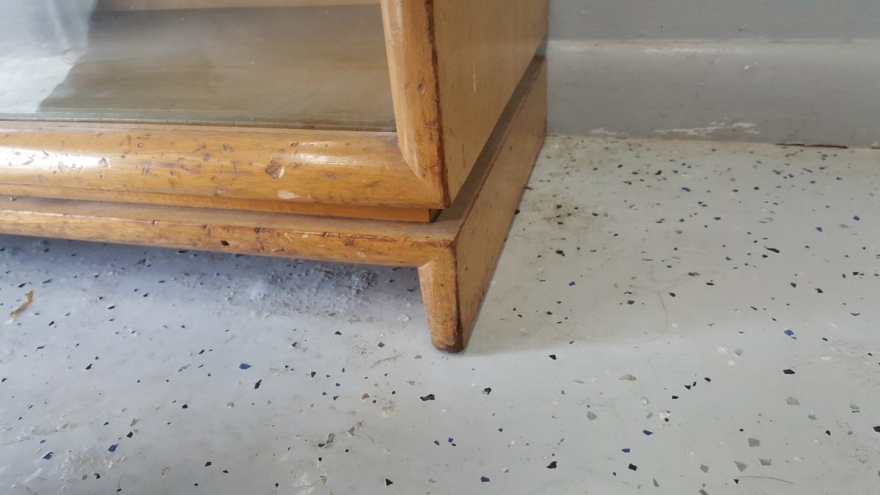