Also, which jobs have had their gender ratios flipped in the past 60 years?

Picture, in your mind, a homicide detective. Now picture a kindergarten teacher. I'm guessing you imagined the first person as male, and the second as female. Based on direct experience or what we've seen on TV, we all have certain stereotypes about which genders work in which occupations. But what does the data actually say?

Statistician and information designer Nathan Yau pored over data collected from 1950 to 2015 to break down the Most Female and Male Occupations Since 1950. Let's consider that in 1950 the workforce was predominantly male; roughly 30 percent of women had jobs and 80 percent of men had jobs. Today about 70 percent of both men and women have jobs. So what jobs saw very little gender change over those decades? These two: 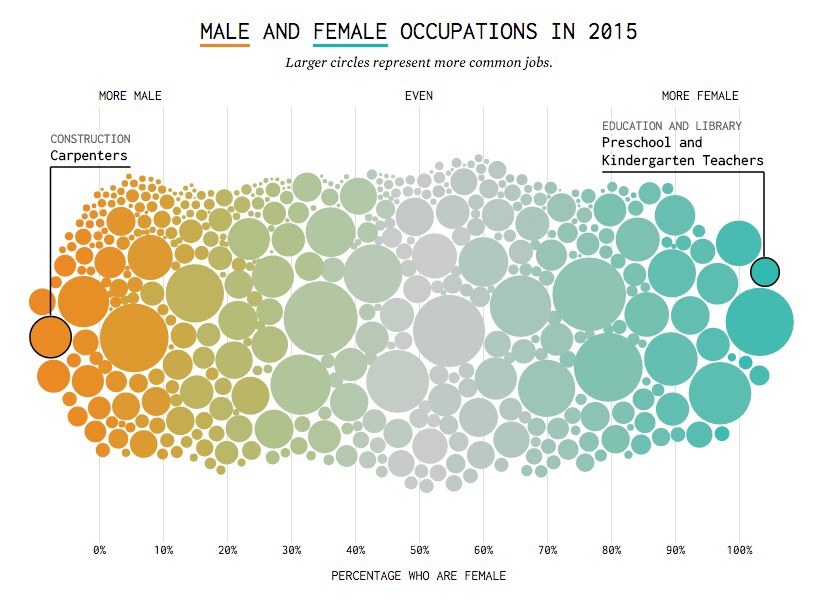 More interesting are occupations that were male-heavy in 1950, and which flipped to become female-heavy by 2015. Here are some examples:

I must admit the bartender stats surprised me, but that's probably a function of the bars I go to. 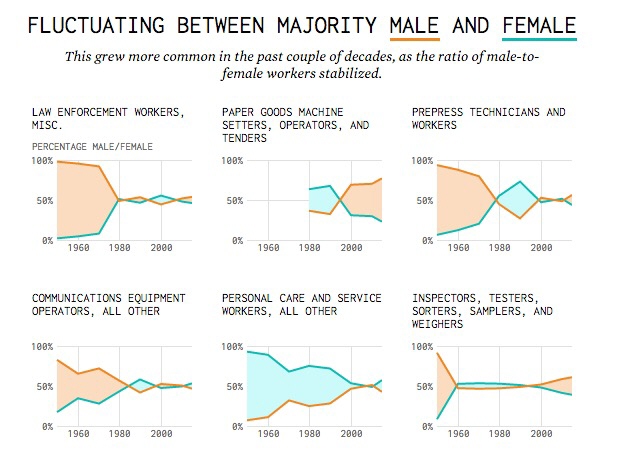 I was excited to see Yau made a little applet where you could type in the name of a profession to see how the gender ratio changed over the years. I typed in "industrial designers," and it was of course not listed as a category. Instead I had to settle for "architects:" 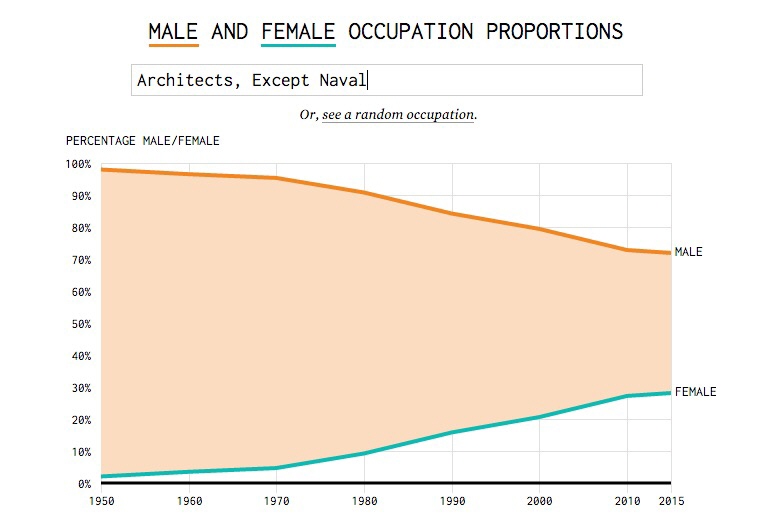 Then I went with the more general "designers:" 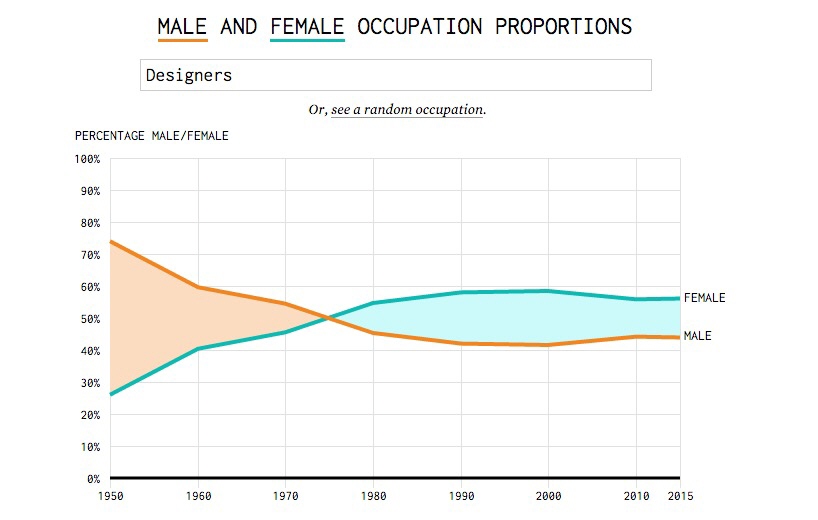 The term is, of course, too vague to draw any conclusions. In my own "picture which gender" exercise, I stereotype graphic designers to be predominantly female, industrial designers male, interior designers female. I wish there was a more detailed breakdown so I could discover the truth.

I then tried typing in "product designers," which wasn't available, but it autofilled "Actors, producers and directors" and I found this interesting result: 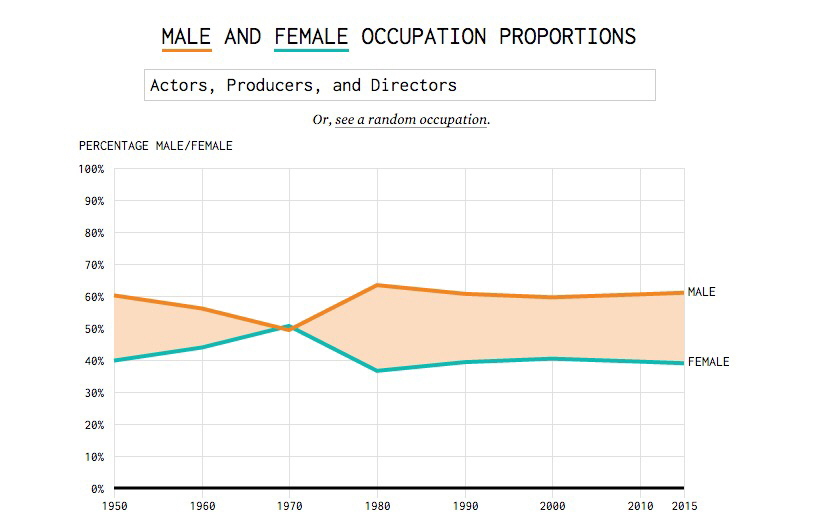 In other words, we have almost identical male/female percentages for these jobs today that we did in 1950, but there was an odd moment of parity in 1970, and then it snapped back to the default in 1980 and hasn't changed much since.

The applet is fun to play around with, and you can also have it show you the results for random occupations. Check it out here.