With the help of ColorADD's color identification alphabet

When designing for the overall population, it can be easy to overlook the effect our work will have on smaller subgroups of people. Case in point: you may not encounter many openly colorblind folks on a daily basis, but they actually account for around 13 million people in the US and 350 million worldwide. The two most common colors colorblind people can't see properly are red and green, which has a larger effect on daily life than you may think—getting dressed in the morning is a struggle, and Christmas is a total blur (even without Eggnog).

To give you a basic sense of daily colorblind predicaments, consider the stop light. Since stop lights are mainly red and green, they're forced to associate "stop" and "go" with positioning, rather than color. It's easy enough to remember "go" is at the bottom, but sometimes you're hit with curveballs—usually in the form of my colorblind father's worst enemy, horizontal stop lights: 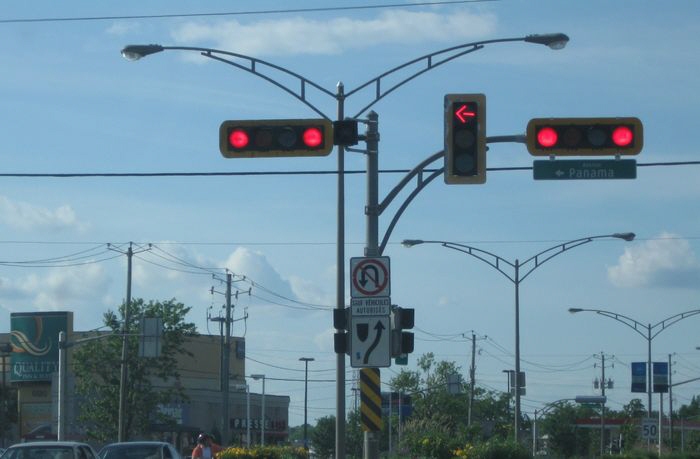 To the color differentiating eye, it's clear you need to stop, but to those who are colorblind, it feels more like this: 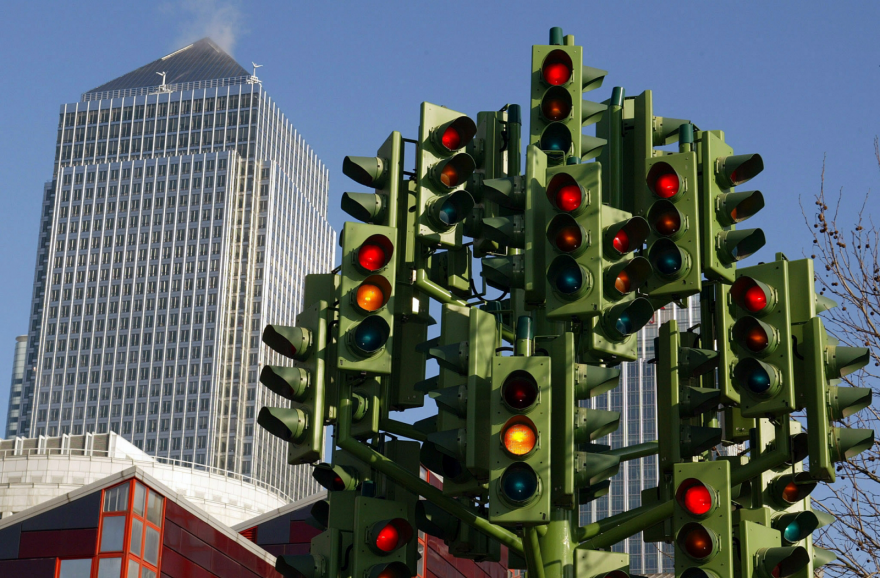 Now imagine you're a colorblind child that wants to play a board game with friends, but you instantly get frustrated because everything from the board to game pieces are color-coded. This frustration leads to insecurity that can stick around for years. 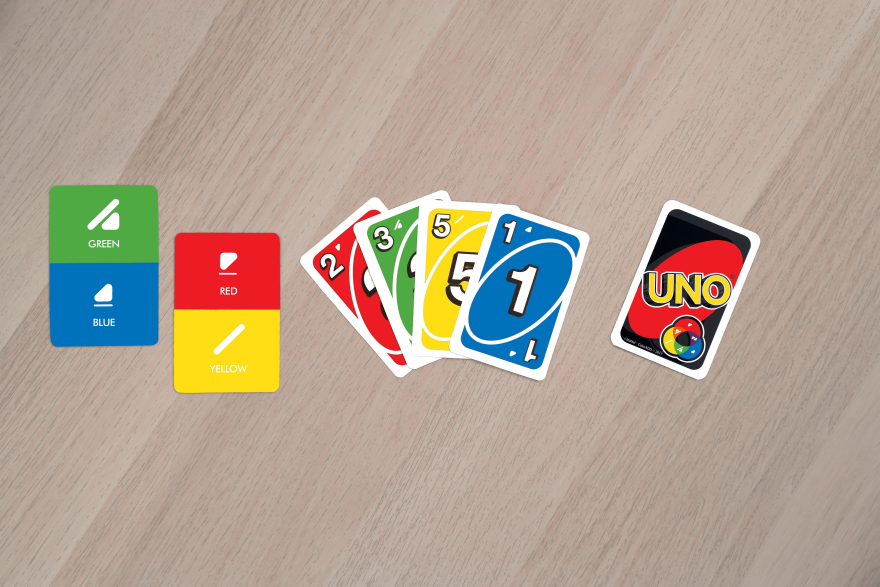 Mattel recently took a step in the inclusive direction by designing a colorblind friendly version of the classic card game, UNO. The game is designed to be easy, as the only goal is to get rid of all of your cards by matching colors and numbers. However, it only took 46 years to figure out that colorblind people can't play the game at all because red and green are two of UNO's iconic colors.

An easy way to learn the basics of the ColorADD system

Since UNO was designed to be an easy game for everyone, upon this realization, Mattel decided to create UNO ColorADD. Designed in partnership with the organization ColorADD, the pack incorporates ColorADD's color identification alphabet, a graphic system that helps people who can't see color easily recognize the hue's they're looking at. Cards in the packs are marked with the ColorADD symbols for the traditional UNO colors of blue, red, green and yellow, but all other rules of classic UNO apply.

Technically, UNO could've gotten away with spelling out the names of each color on the cards. But in the grand scheme of things, exploring the possibilities of a universal color identifying system through easy applications, like games, isn't a bad idea. If the system is taught starting at a young age and integrated in the right ways, small difficult tasks could be made a lot easier for those who can't identify color.

While the UNO ColorADD pack doesn't change the more complex challenges colorblind folks face (can every country just come to a consensus on stop light design already?), the ColorADD system has already been used across the Europe in various ways. Use in grammar schools, public transportation, hospitals and consumer goods, such as colored pencils and clothing has already been explored, but it's the first time the system is being used in the U.S. I reached out to my dad for a quote, and all he said was, "it's about damn time."

What other ways could you envision ColorADD's color identification alphabet being used? Let us know in the comments thread.