Perennially in sync with the autumnal equinox, London Design Festival is duly billed as the biggest design week this side of Milan. And just as the changing leaves offer a flourish of color, so too did many of projects on view in East London—especially large-scale installations by Camille Walala and Yinka Ilori, at Exchange Square and the CitizenM Hotel, respectively.

Meanwhile, the moniker "Shoreditch Design Triangle" suggests a bit of funky geometry, which also informed a number of projects as designers channelled and challenged the rectilinear tenets of modernism. And beyond shape, size, and postmodern palettes, we also saw some exciting experimentation with materials and process.

Here are a few of the highlights from Shoreditch: 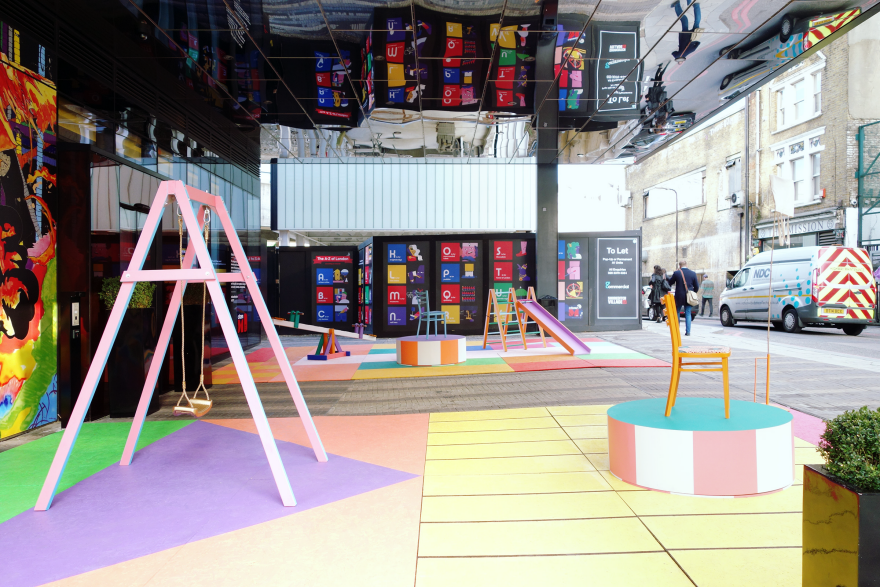 CitizenM Hotel commissioned Yinka Ilori to create an installation in the public terrace of it's Shoreditch location. Rendering the equipment in his signature color-block aesthetic, Ilori fondly pays homage to the "Estate Playground" of the North London council flat where he grew up. 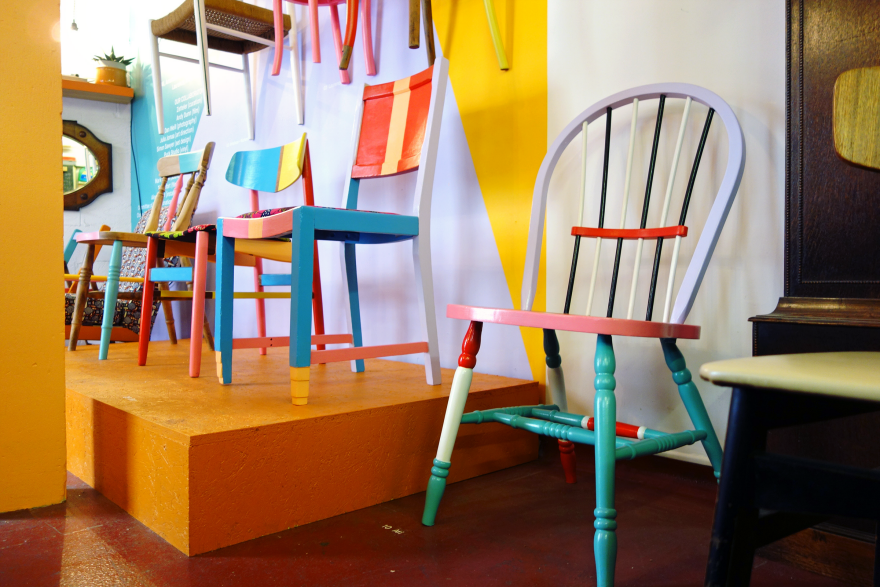 On the occasion of LDF, Ilori also collaborated with Restoration Station, a workshop for recovering individuals to restore furniture. 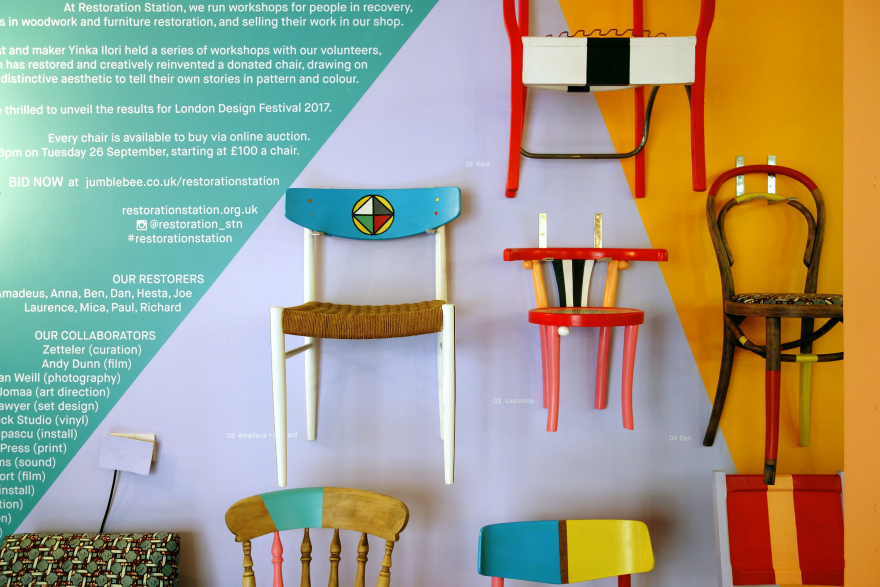 The designer imparted his ability to tell stories through colors and patterns. 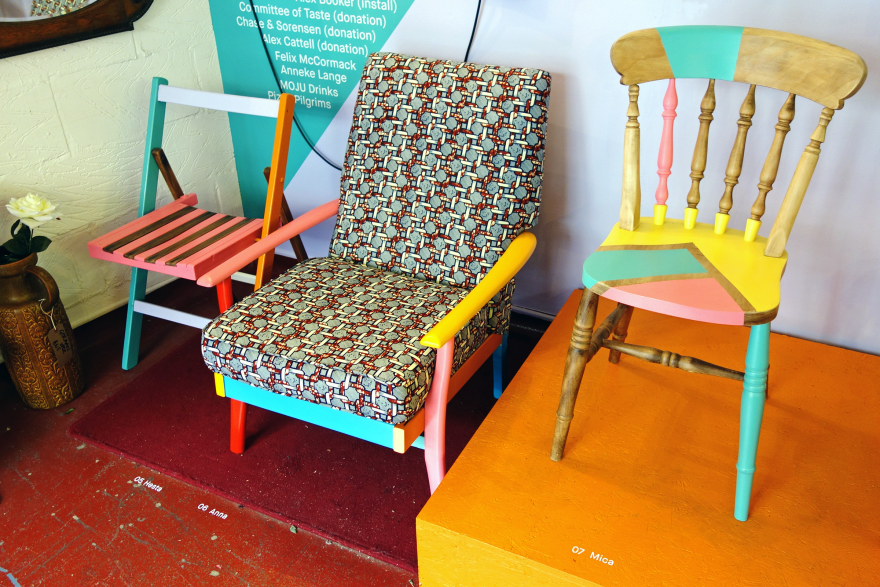 The resulting pieces, sold through a silent auction to benefit the organization, were on view at their storefront on Shoreditch High Street. 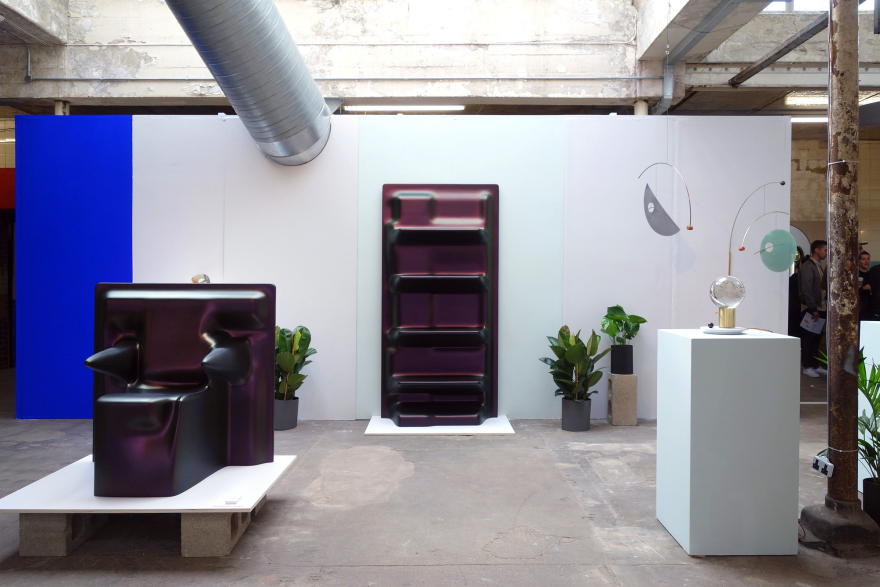 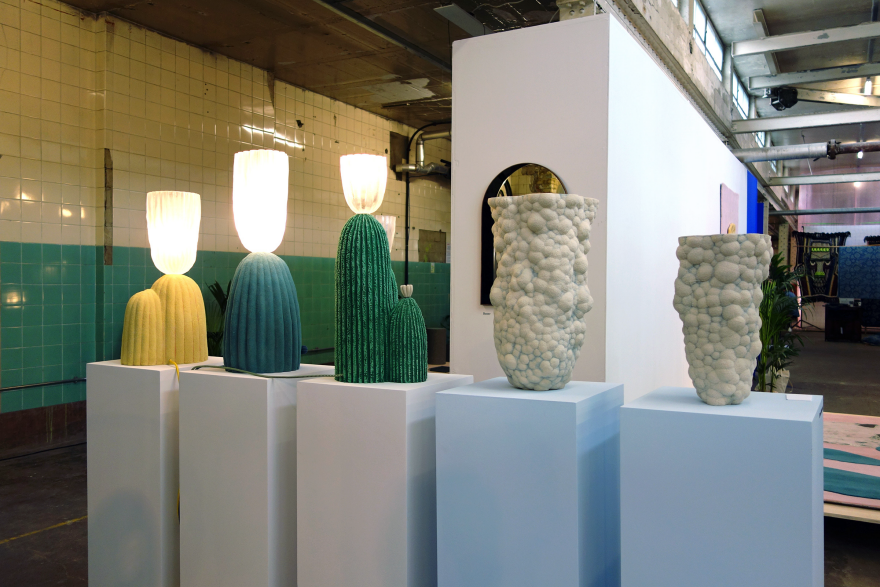 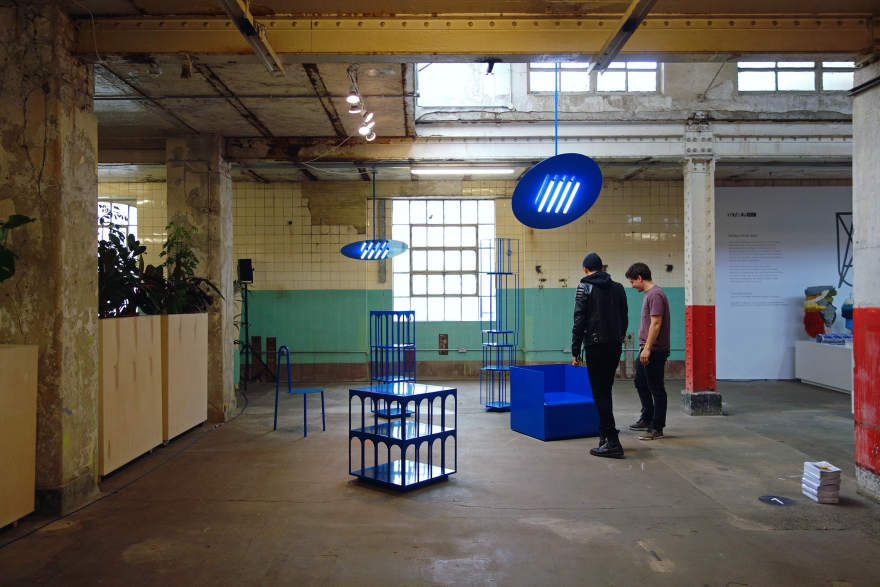 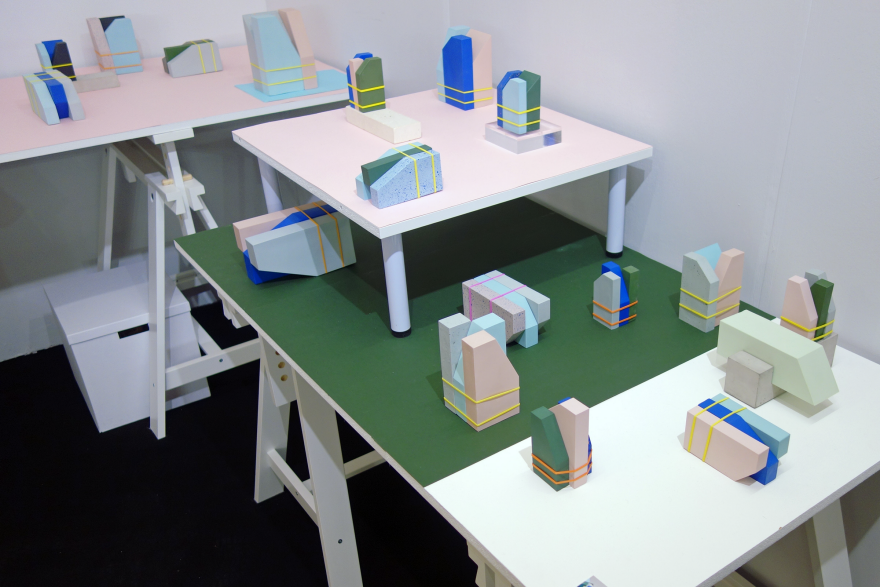 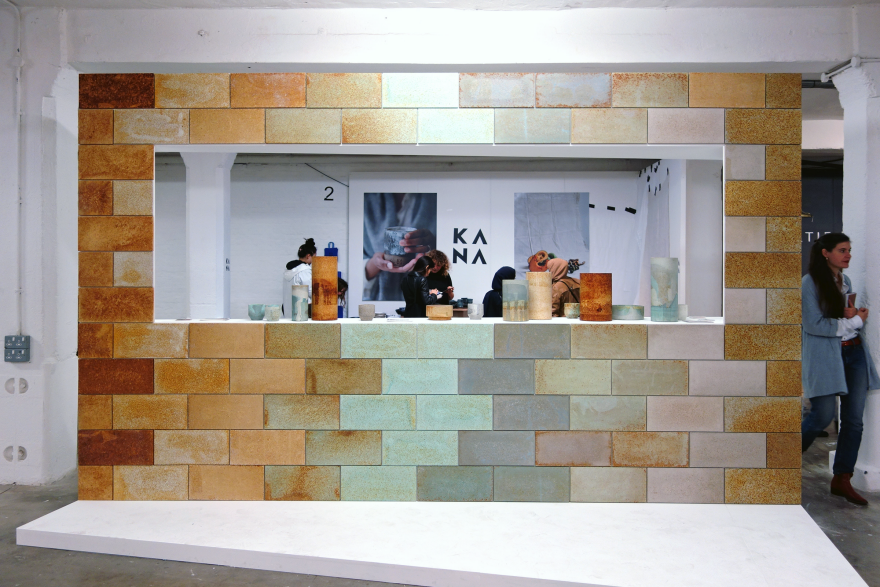 Ariane Prin debuted "Rustiles" in two sizes —the other side of the wall was clad in smaller ones—as part of the "Material of the Year: Jesmonite" exhibition 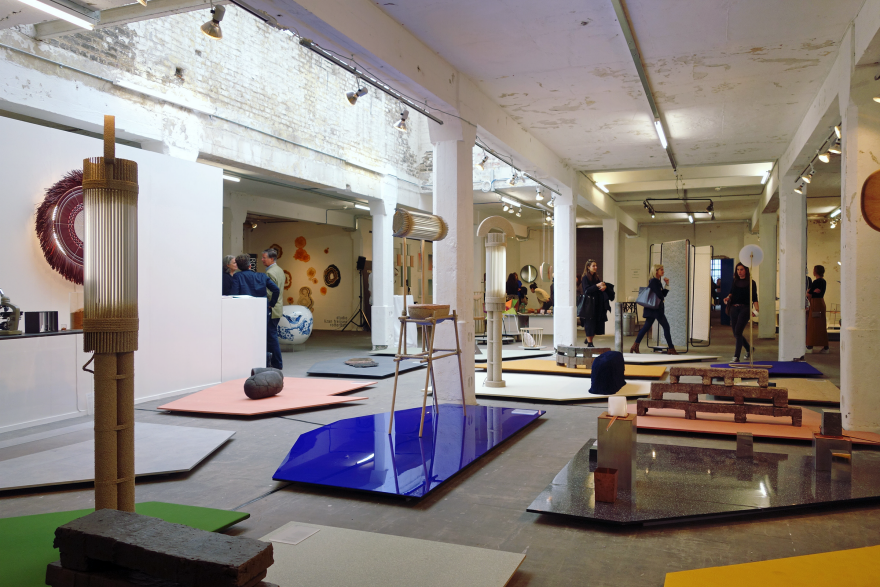 The jam-packed "Dutch Stuff" pavilion included the latest edition of Dutch Invertuals exhibition, following its debut in Milan. In the center, pieces by Thomas Ballouhey 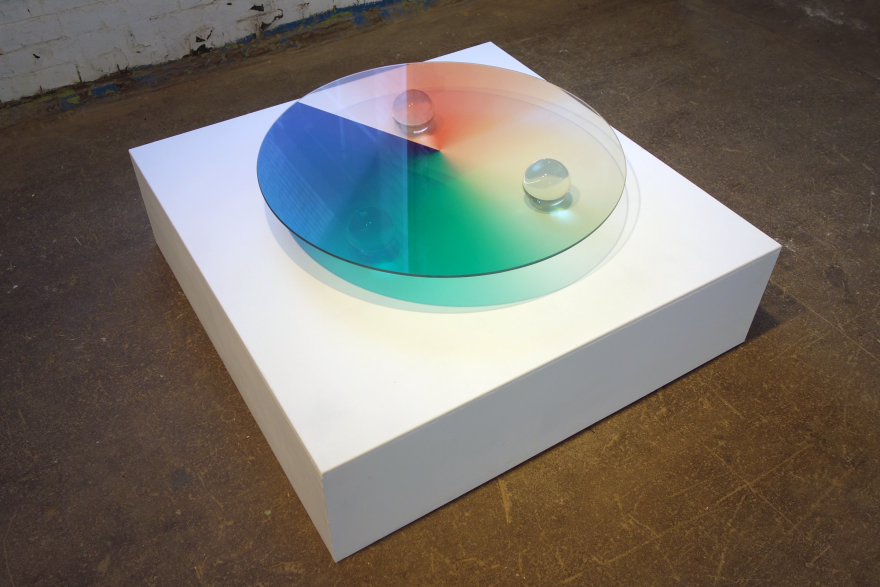 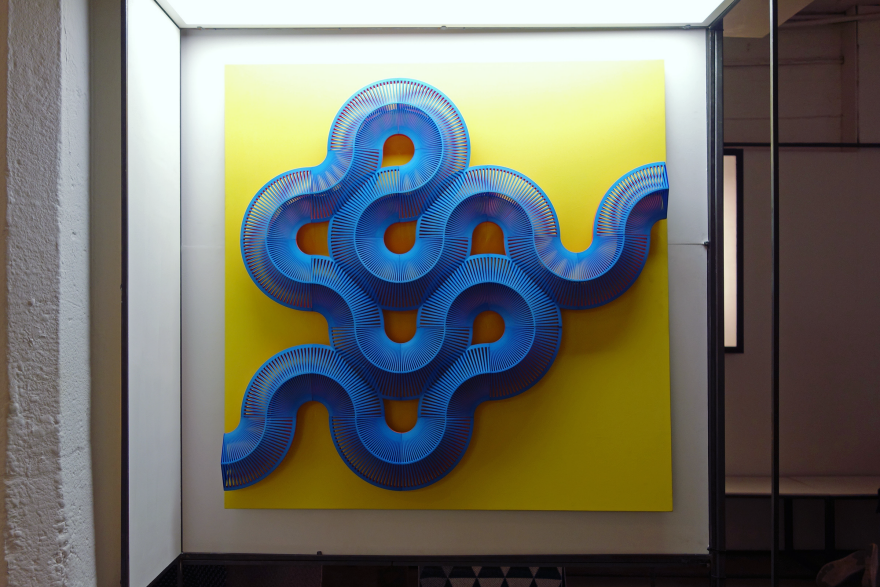 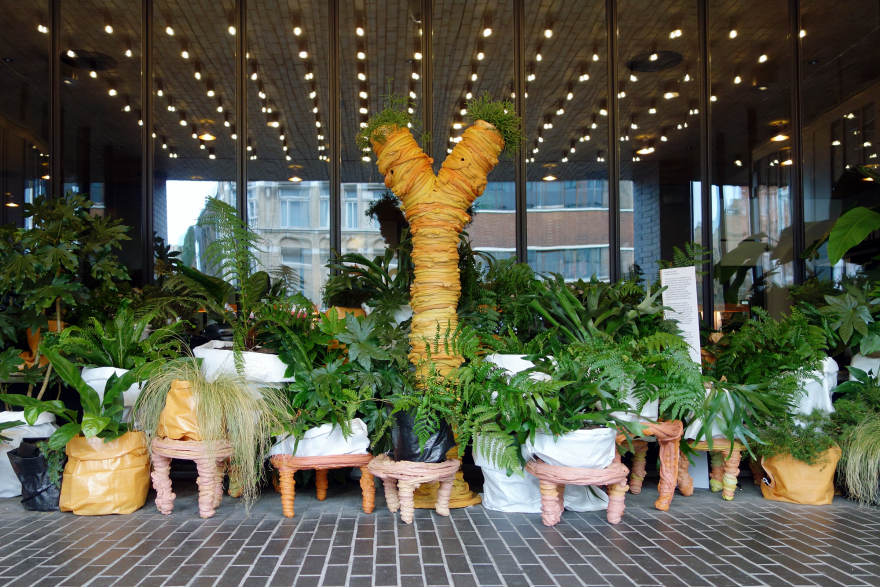 Taking a focus on recycled materials, the third edition of "Ready Made Go"—the LDF collaboration between Ace Hotel and Modern Design Review—featured new products and projects by five design studios. In additional to "Plastic Baroque" counter displays in the café, James Shaw used his homemade, handheld recycled-plastic extrusion gun to create an installation on the terrace. "Plastic Primitive" draws a long thread between organic matter, such as plants, which are transformed over millennia into fossil fuels, and in turn petroleum-based materials such as plastic. 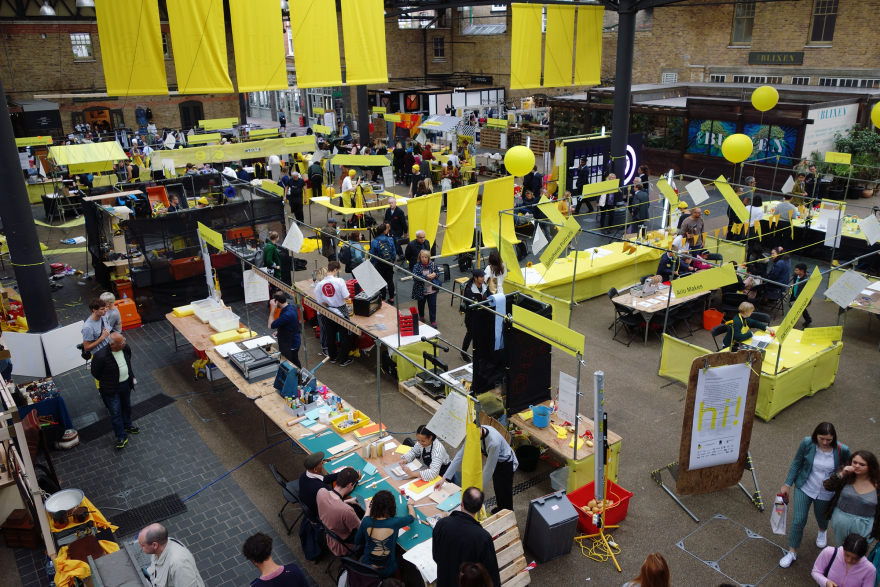 From September 21–23, the design departments of the Kingston School of Art staged a three-day live-making event at the Old Spitalfields Market. 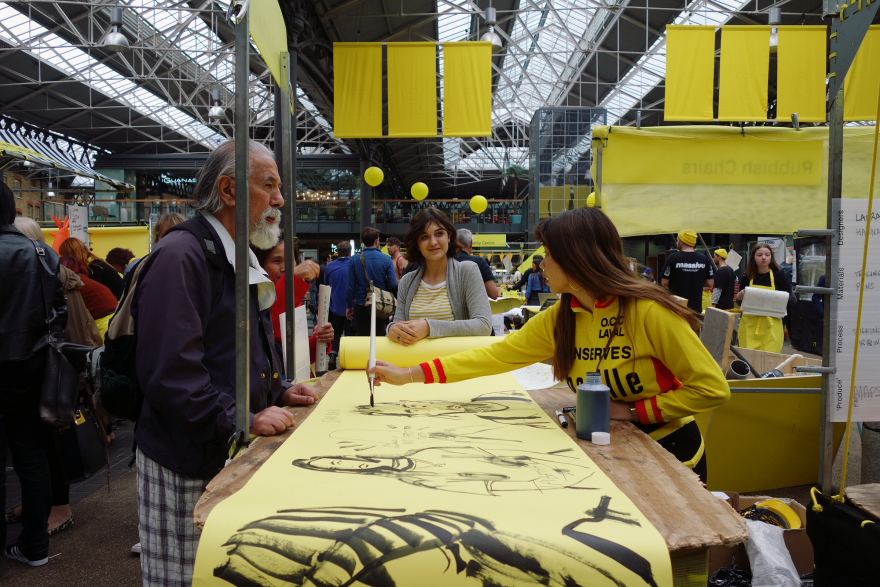 Known as "Manufactory," dozens of students manned some 30 stalls—such as the "Spitalfields Scribe" by Joey Yu—in the heart of the public marketplace. 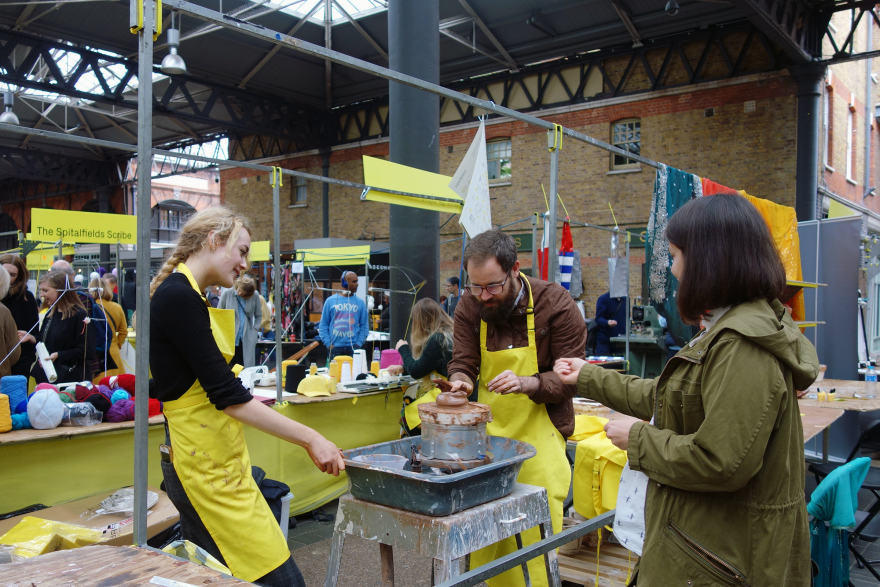 From furniture to kid-friendly arts and crafts, Manufactory offered a performative alternative (as in Tabassum Aktar's "Hand Machine") to tradeshows and showrooms. 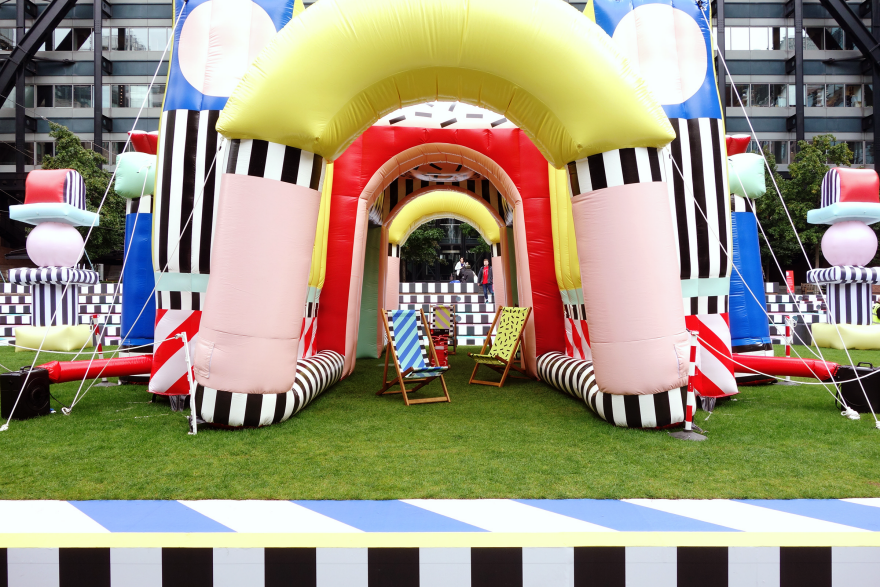