Over a decade ago, Timothy Corbett and I had finished up the first Gramercy Tools Saw, the Bowsaw, and were embarking on our next project: A dovetail saw. Tim recently shared with me some of the original artwork for the saw etch of that latter saw, and it's on my mind so I figured I'd tell you the story.

We figured out that there are roughly two ways to brand a saw: Stamp or engrave the brass back, which was the common thing up to the mid-19th century, or etch the blade with acid which was popular in the latter part of the 19th century. Both of us really loved the artwork of the old saw etches and Tim, who had experience in acid etchings, loved the idea of doing a proper logo for Gramercy tools, appropriate for a saw blade.

Originally the etch was for a line of panel saws made for us by a third party, but when we sent the artwork to the maker he could not do the detail we needed and the project was dropped.

We finally found a company that could actually do a real acid etch on a piece of steel. Deep enough to withstand wear, and analog enough to allow the classic detail that we wanted in a professional saw etch design.

Gramercy Tools got its name because at the time we were located on 20th street in Manhattan, and every day I walked past Gramercy Park, the last private park in NYC, dating back to 1831. 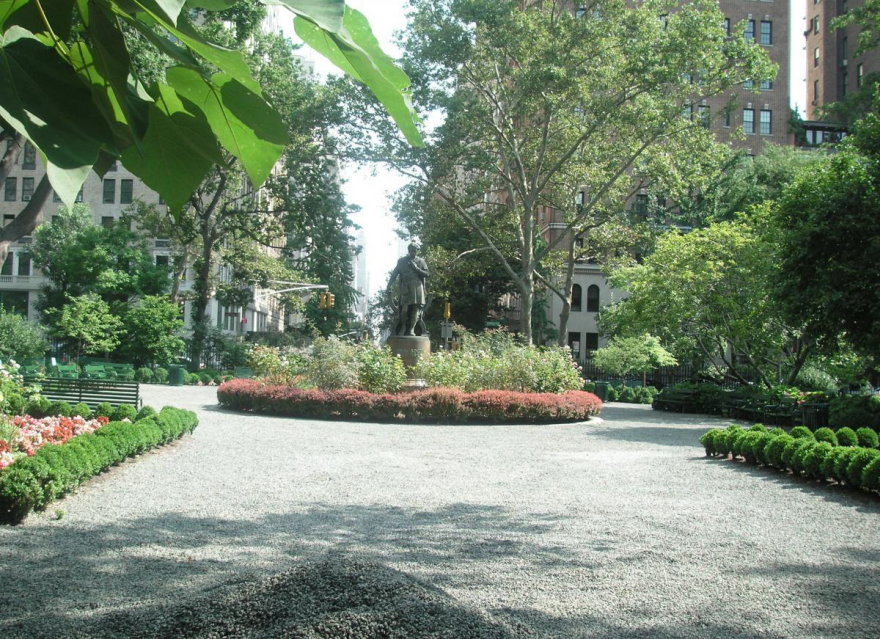 It seemed appropriate to do something related to the park. We started with a narrative idea, a joiner on his way to work in one of the fancy townhouses next to the park. I don't remember if Tim and I had conversations about the content of the etch or if he just came up with the design. But I do know on one hot day in the late summer of 2006 I found myself walking back and forth in front of the 20th street gates of Gramercy Park to provide the source material. I also lent Tim a copy of my reprint 1897 Sears Catalog so he would have some reference material on clothing. 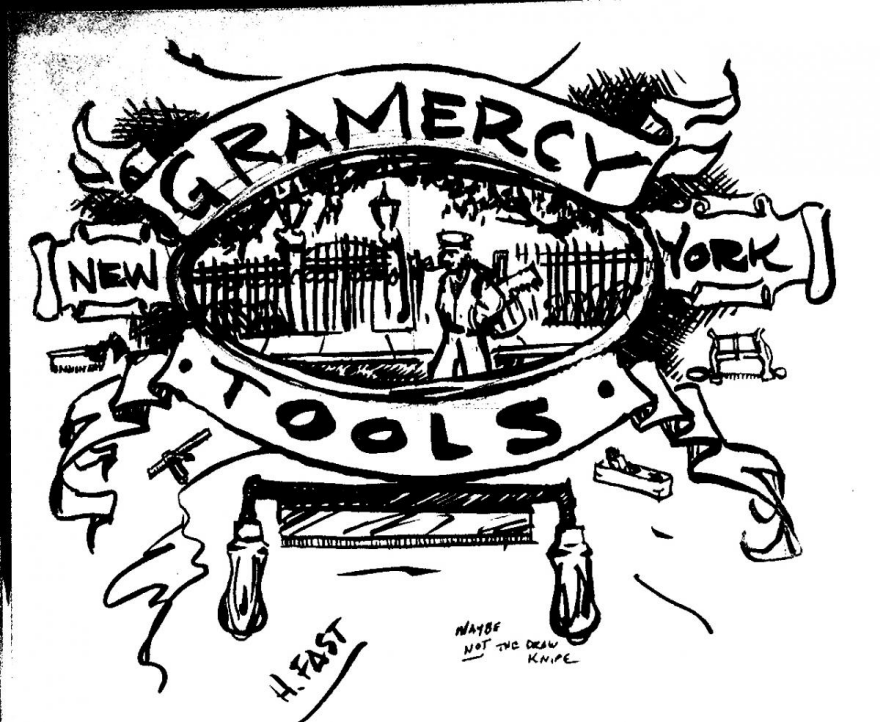 The first drawing to show the real elements of the final composition.

Then he disappeared for a week or so. I only made two important contributions to the project: 1) Complaining to Tim about how long it took him to draw the logo, and 2) I suggested that some holdfasts to keep the etch from sliding off the saw would be a good idea. (You can see he wrote "holdfasts" on the sketch above.) 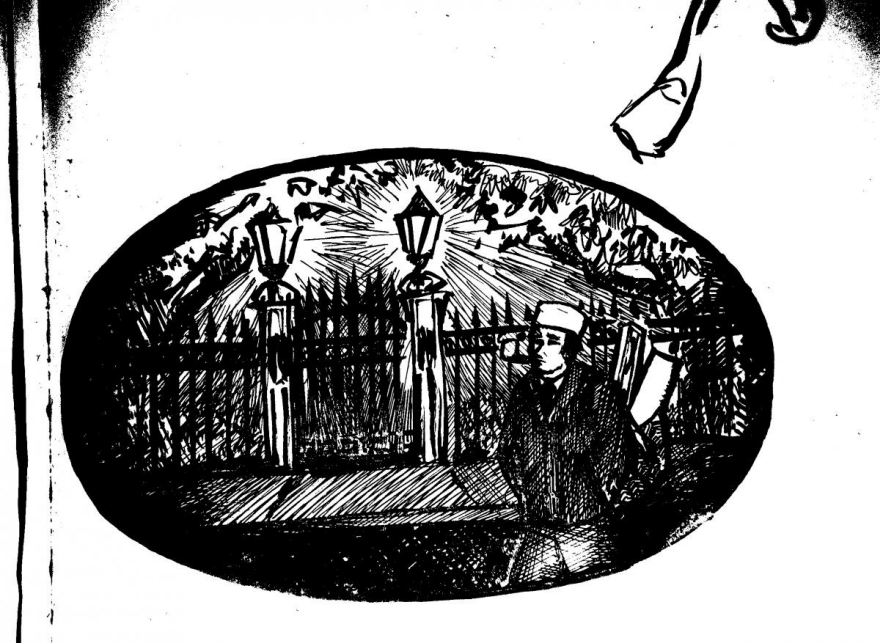 A later sketch - we can see a sketch of the holdfast in the corner - an alternate view that was rejected.

Days went by but soon we had finished art. The original is very large and done by hand. 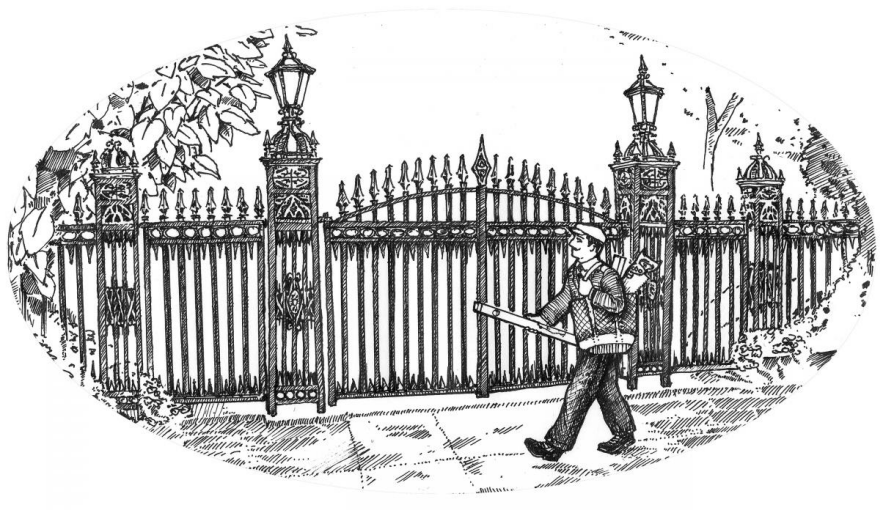 The background isn't drawn yet but we can see where we are going. 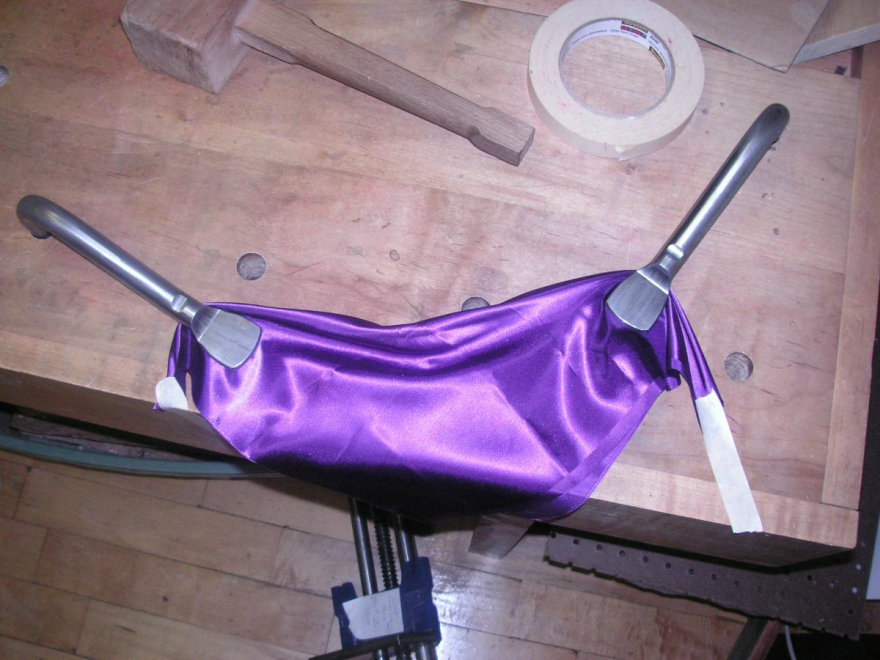 Tim did some test photos to see how the banner bunting would look when held by a holdfast. 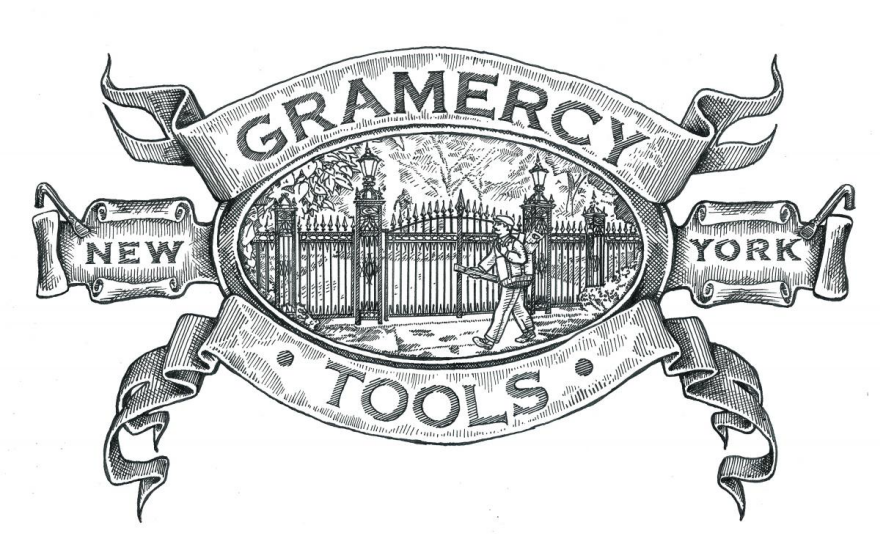 The final etch with all its details.

We use the etch on a lot of tools and at exhibitions. Depending on the size of the saw the etch will have more or less detail.

So there you have it.