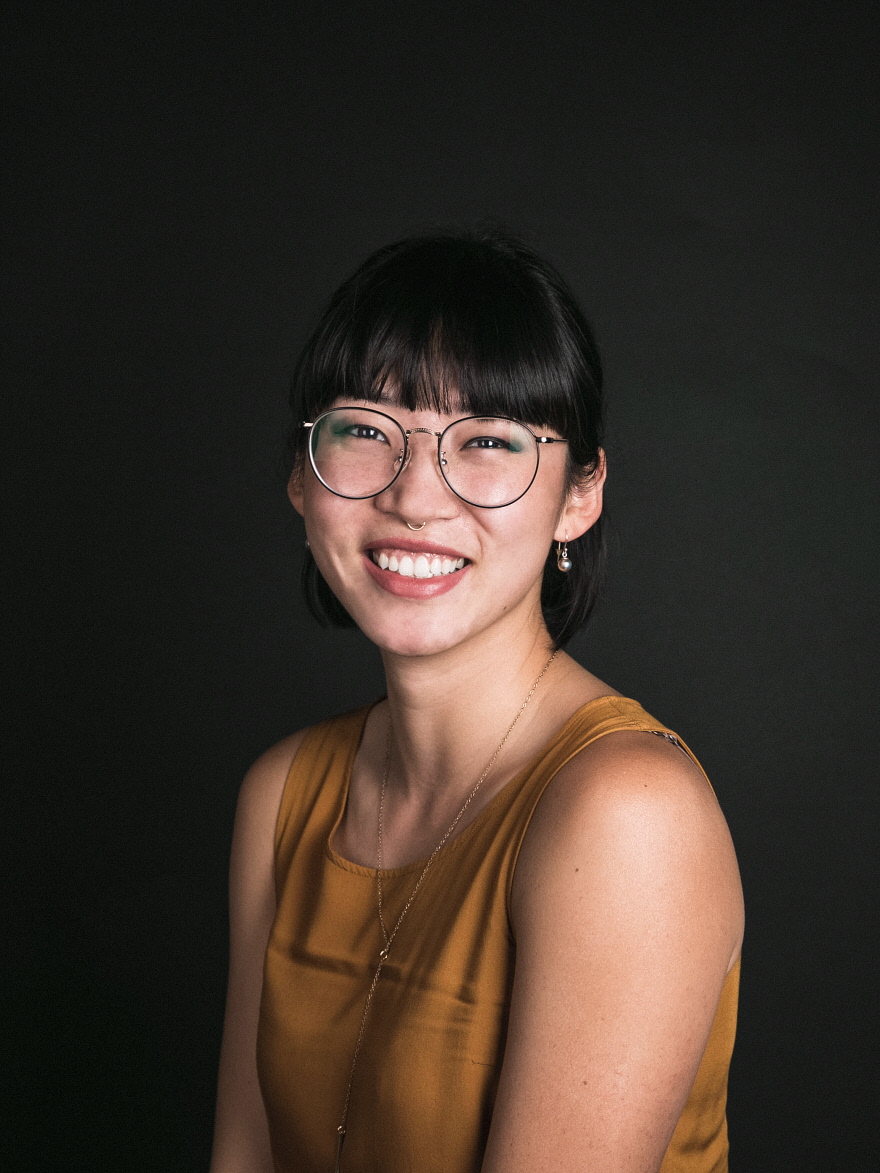 Having the opportunity to design a smartphone that will go straight to market in under two years sounds like a daydream you'd have during an endless design school critique. For 27-year-old Linda Jiang, it's just reality.

As the Lead Industrial Designer at Essential Products, Jiang has been hard at work designing the borderless Essential Phone, along with a slew of accessories to accompany it. The phone's accessory list most notably includes an itty-bitty 360-degree camera that attaches to the top of the phone's body, something no other company—not even competitors Samsung or Apple—has attempted thus far.

During a visit to our NYC office, Jiang slowly poured a slew of prototypes for both the Essential Phone and 360-degree camera onto our coffee table. 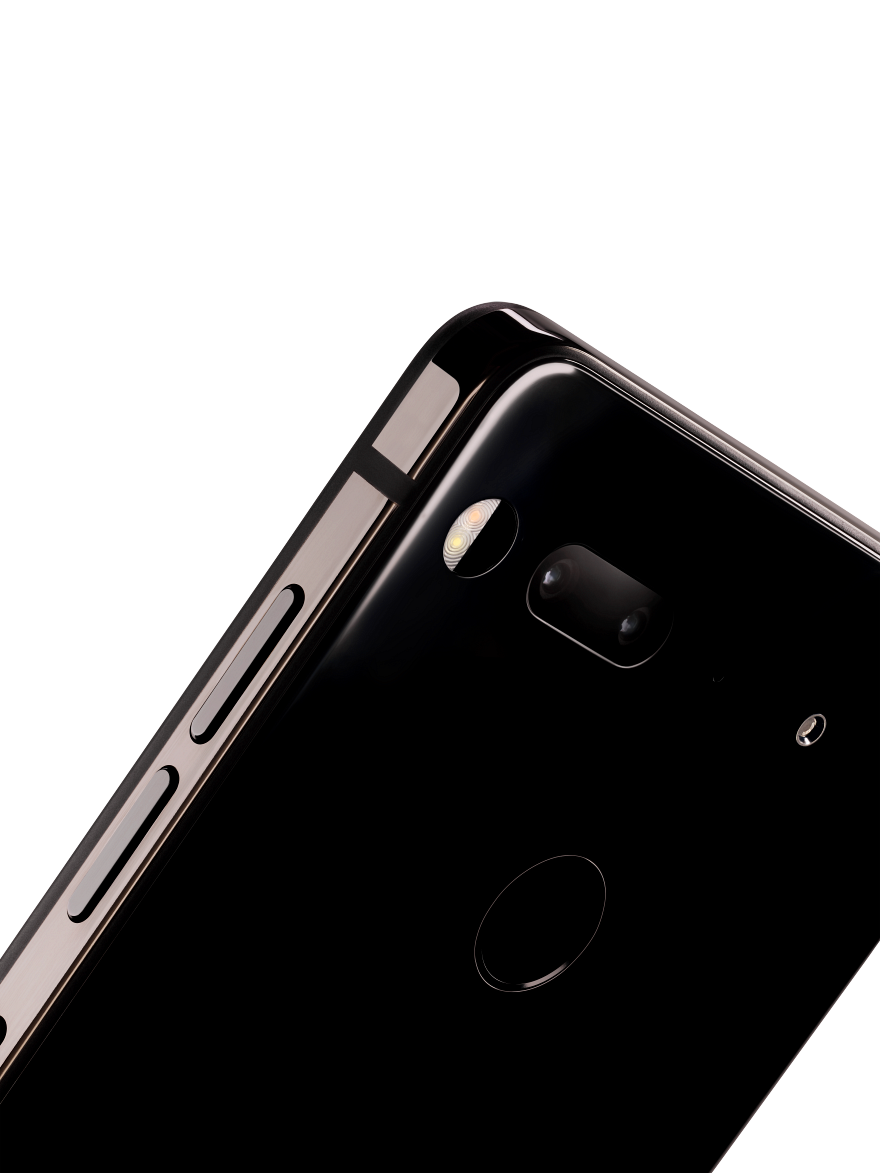 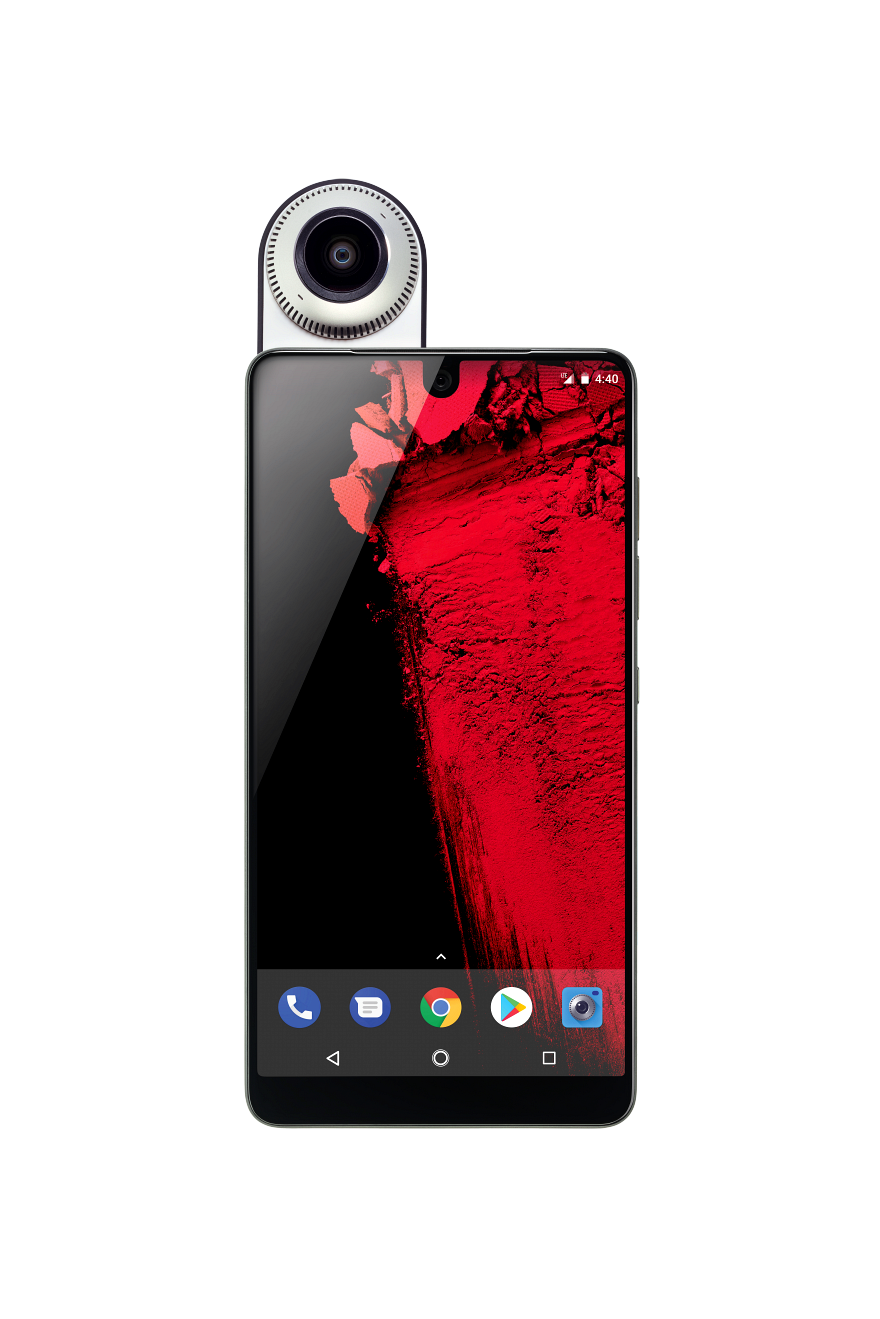 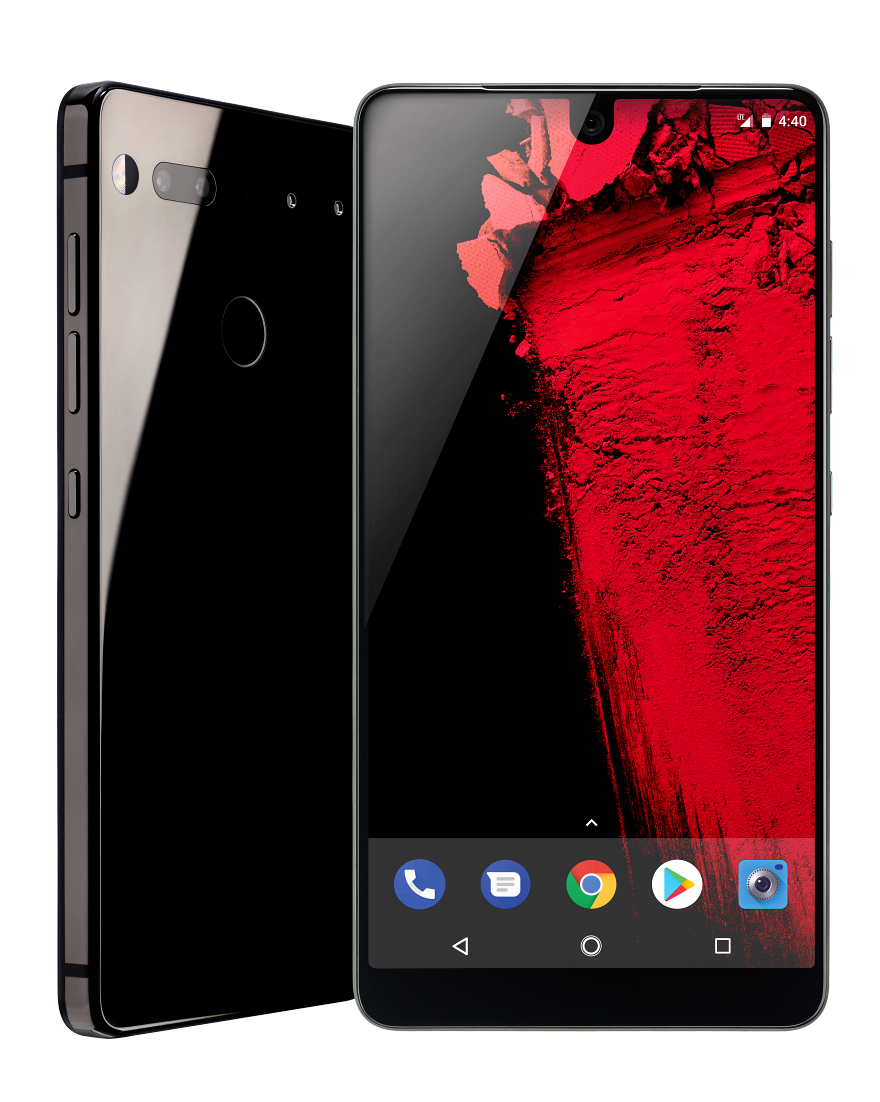 We were like kids in a candy shop as she explained step by step how her team was able to bring a combination of unexpected materials selection, game-changing technology and boundary-pushing form factor to the table within such a short timeframe.

It turns out, a lot of Essentials' speedy success has to do with size. For being founded by Android co-founder Andy Rubin, Essential is an unexpectedly small company. The team, which Linda excitedly described as scrappy and ambitious, is made up of around 100 people. Their small size allows for easier communication between designers and engineers, making faster deadlines more realistic than larger competitors.

On the overall design process

The Essential team's main focus over the past couple of years was designing a functional, borderless phone, meaning they needed to challenge the look of all smartphones currently on the market. Because Essential was working to develop a completely new design, the initial concept phase was key."We did a lot of concepting in the beginning for a device that had glass that went all the way to the edge so you could see a little bit of refraction. We did concepts where it's super bubbly so it feels like a meniscus, where the glass flows over the edge and is actually part of the camera corner," she explained. 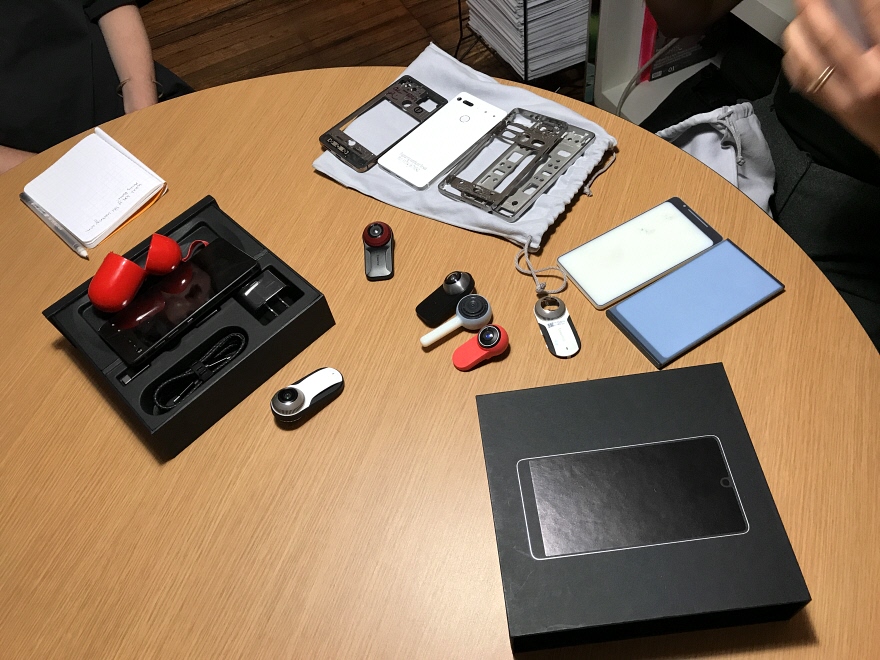 After initial concepts were received so excitedly by companies including Foxconn, the team started to reign in the creativity in order to refine and add in more functional details. "We locked ourselves in a room for a whole week and thought about the things that needed to go into the phone in terms of technology and function," she noted, referencing the grueling details that came with refining her team's designs. Simultaneously, the Essential team filed around 10 to 15 patents solely based on improving said details.

When holding your iPhone or Android phone, their purposefully sleek designs feel as if nothing went into designing them at all—even though we know that's not the case. Designing a sleek form factor can only come after experimentation, and with Essential, a good amount of that experimentation was with materials. 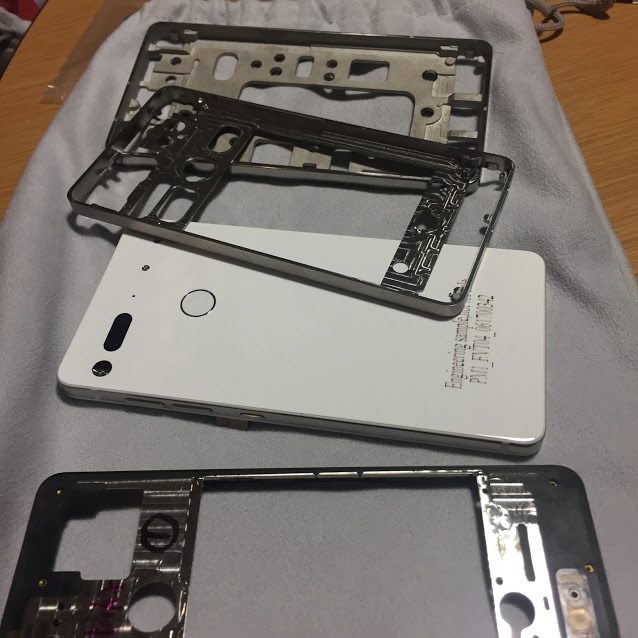 After beginning with an all-titanium prototype featuring spring hinges as side keys, Jiang and her team decided to regroup and move on. "It was a good starting point, but we realized it was becoming too technical, and it was looking very, very masculine—you know, that Robocop kind of feel," said Jiang as she showed us some of the initial titanium prototypes.

Titanium had other complications besides the obvious aesthetic ones. "On the back of the device we have so many components, and we realized that with titanium you need windows for all those components because they can't work through metal," Jiang explained. "So then we thought about how we could design those windows nicely. We went through a phase where we got super expressive imagining those windows to make them look purposeful, but throughout the whole exercise, it just felt wrong—our goal was to be premium, sophisticated and refined, and none of that felt refined to me." 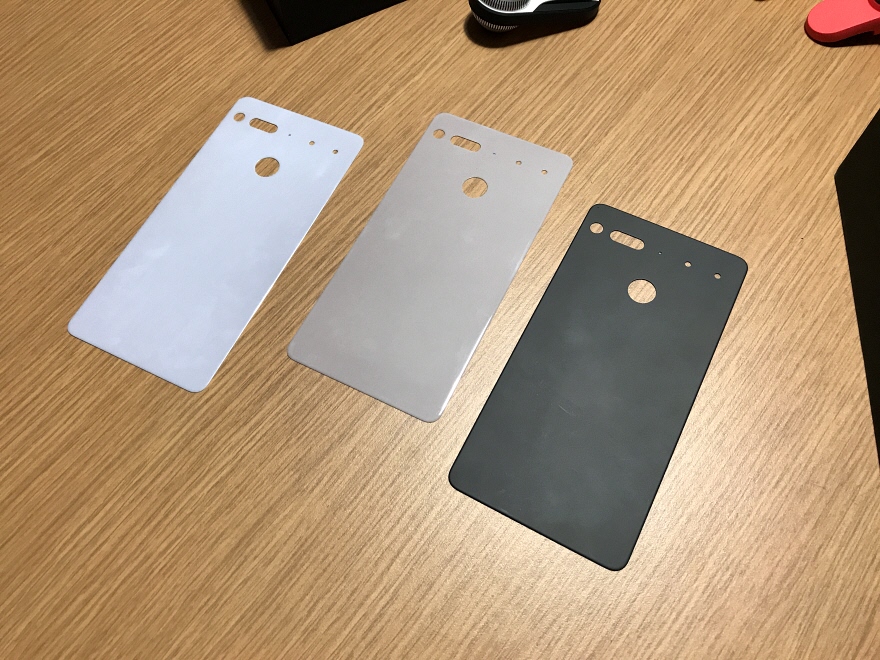 This decision to abandon titanium lead them to begin working with a material we never expected to hear within this context—ceramic. Ceramic is a bold material choice, but it served the purpose of hiding all of the components, including antenna breaks. According to Jiang, the Essential team has a tendency to embrace challenges, so working with ceramics encouraged instead of deterring them.

Specifically, the ceramic material forced the back of the phone to be flat because the more linear the ceramic part is, the stronger it will be. "At the time, we were doing this exercise where the back of the phone actually had a curvature to it, and that was because we wanted it to feel thinner around the edges. But we quickly realized that the whole accessories line would have to have a similar curvature to match, so that means future-proofing would be out of the question." Basically, the second generation of the Essential phone wouldn't be compatible with the original accessories—something we're glad at least one phone company is concerned with.

Another challenge the team faced was camera positioning. The team decided the camera had to go on the top for user convenience, but as Jiang accurately phrased the challenge, "how were we going to put it on the top if it's borderless up there?" The result needed to be cutting into the display, which the manufacturer came around to after some persuading. "We cut into the display, and the top is the front-facing camera," she said. "The actual barrel goes into the display a little bit, so we had to find the right camera for that as well. On top of the camera, we were able to fit the proximity, the ALS sensor and even a speaker—so everything is pretty much up in that corner."

The main design element that sets the Essential Phone apart from other smartphones on the market is its ability to directly connect with a line of accessories—the most hyped being a playful 360-degree camera the team originally referred to as "the lollipop." "We realized that with the phone we were staying so muted and clean that over time it could get kind of boring to people", Jiang explains. We had a great story with the accessories because they come out on a more regular basis, so we can be a little bit more expressive with it." 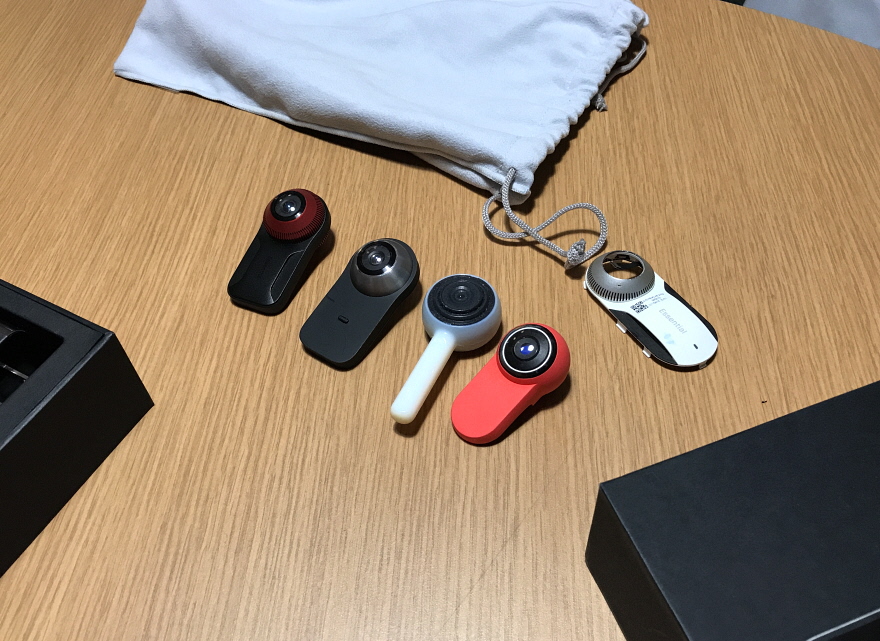 The camera attaches directly to the phone via magnet, which posed a whole new set of criteria Jiang and her team had to meet. The camera needed to be,"secure enough to where you can be at a concert waving it around and you don't feel like it's going to pop off, but at the same time easy to put on," Jiang explained. After looking into various mount systems and phone cases the camera could attach to, the team settled on specific magnets that are strong enough to keep the camera in place but still easy enough to take off. Magnets are also complicated because of credit cards, so figuring out how to shield the magnet so it only works with Essential accessories was, well, essential.

4K 360 video can sound intimidating to people that don't feel connected to technology, so the main goal when designing the camera was to make it, "super friendly so that anybody can use it." Interestingly enough, Jiang and her team achieved this though omitting buttons and an actual physical interface from the design. To avoid the camera feeling like a toy, they then added in more technical details to the body to make it look as high-tech as it actually is.

On standing your ground as a woman in the tech world

When asked about the gender gap in Silicon Valley, Linda immediately spoke on the learning lessons she's had to experience in order to get where she is at such a young age, beginning with her time at Motorola straight out of school.

"It's hard fighting in a meeting room with 20 guys," she recalls. "At first you start shadowing designers, but once and awhile they can't make it to a meeting, and it's just you and like three engineers that have been at Moto for fifteen years and a marketing guy who's telling you your design isn't sellable. I was 20 trying to say, 'Um don't you guys think this looks better?' Everyone kind of disregards you like you don't have a voice." She continued to explain that by learning how to voice her opinions in a confident way early on, she slowly earned respect and started gaining more decision-making power.

This dose of confidence also caught the eyes of industry leaders. When Jiang made the move to Playground, a startup incubator founded by Rubin, she was quickly recruited to join the Essential team early on—as one of the first three members including Rubin himself. 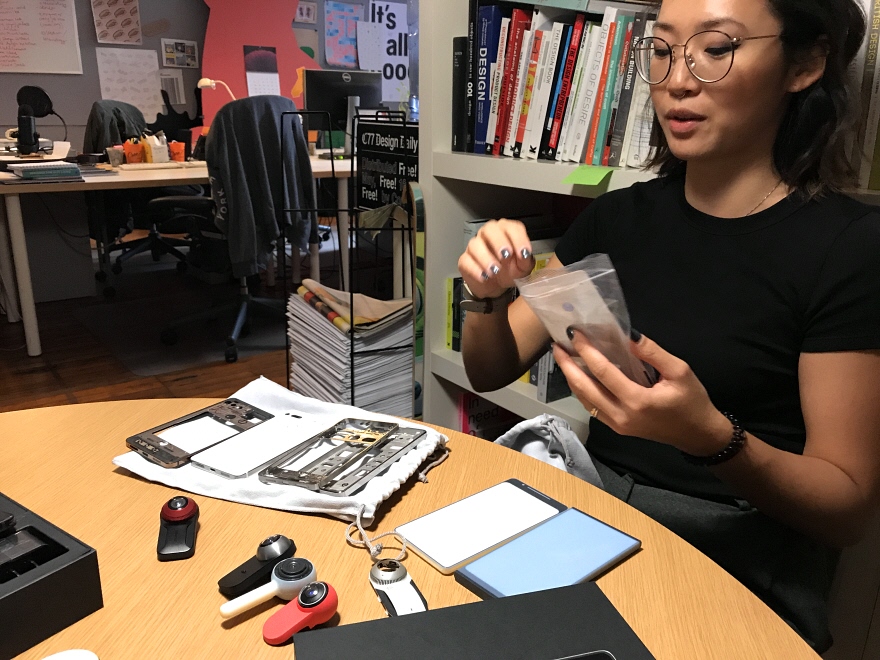 The Essential Phone may not be as far-reaching as the Apple and Samsung smartphones we've become accustomed to quite yet, but all that does is motivate Jiang more. "Sometimes I'm so sick of this industry, I just want to go do something else like design toilets or something. Something completely unrelated to consumer electronics," she notes. "But then I remind myself that I'm not even 30 yet! There's way more to learn, so I just shut up and keep on grinding."

Looking towards the future, it's too early to predict how the Essential Phone will perform, but eventually, Jiang envisions it as the acting nucleus in an integrated system of accessories. The Essential Phone and its 360-degree camera are just the beginning for the young designer, and we can't wait to see what she comes up with next.

The Essential Phone retails for $699 USD and is available to order here.