How to Clear Security Without Stopping: Dubai Airport to Replace Checkpoints with Walk-Through "Virtual Aquarium Tunnels"

Imagine if you could get through airport security without having to stop and wait at a counter or metal detector. Well, officials in Dubai reckon they've got a technological solution that would allow you to keep walking, as you're being scanned.

According to The National, they've come up with a "virtual aquarium tunnel" loaded up with cameras. 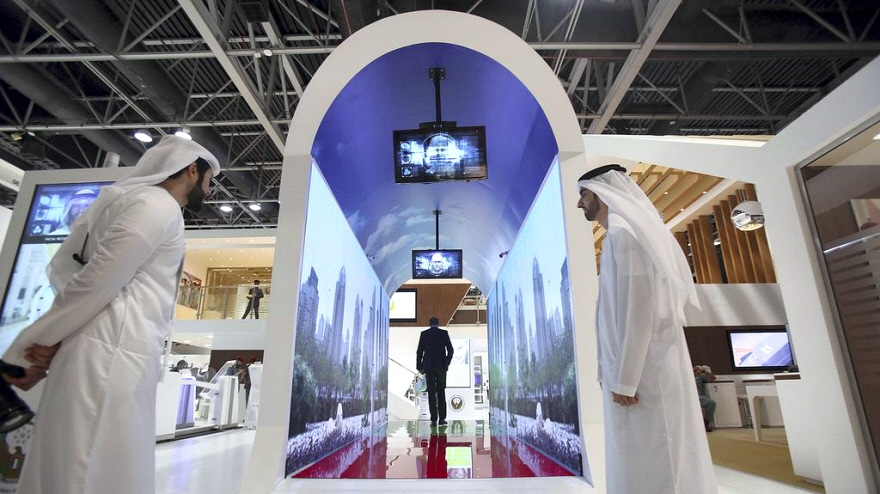 Image by Satish Kumar for The National

The walls of the tunnel are screens on which eye-catching video, like images of an aquarium, will be played. The images are meant to draw the traveler's gaze, and as they walk through the tunnel, some 80 cameras complete a facial recognition scan. By the time you reach the end of the tunnel, you're either cleared and can pass through, or security materializes. 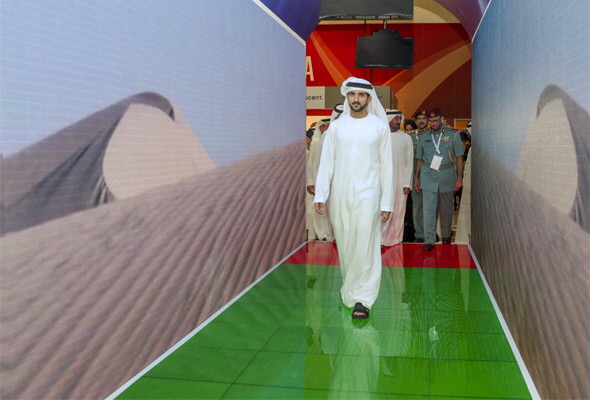 HH Sheikh Hamdan, Crown Prince of Dubai, walking through the tunnel. Image via What's On

While they're starting the tunnels off with just face recognition, the idea is to later add iris scanning. Additionally Rabie Atieh, Vice President of Emirates Group Security, speaks of "new Chinese devices that detect things that were not detected by earlier devices, like explosives" though it's not clear if those would be added to the tunnel or in another location.

The design is reportedly the result of 18 months' worth of brainstorming, and the first tunnel will be rolled out next year. The goal is for the tunnels to completely replace check-in counters.

Though the technologies are different, it does make me think a bit of the body-scanning tunnel in the original "Total Recall:"

I wonder if whoever came up with the Dubai concept is a Schwarzenegger fan?

In any case, I think that they could make the tunnel more fun to travel through by insisting travelers pass through it Soul-Train-Line-Dance style:

How to Clear Security Without Stopping: Dubai Airport to Replace Checkpoints with Walk-Through "Virtual Aquarium Tunnels"