If they get what they want, manufacturing will continue to flee Brooklyn 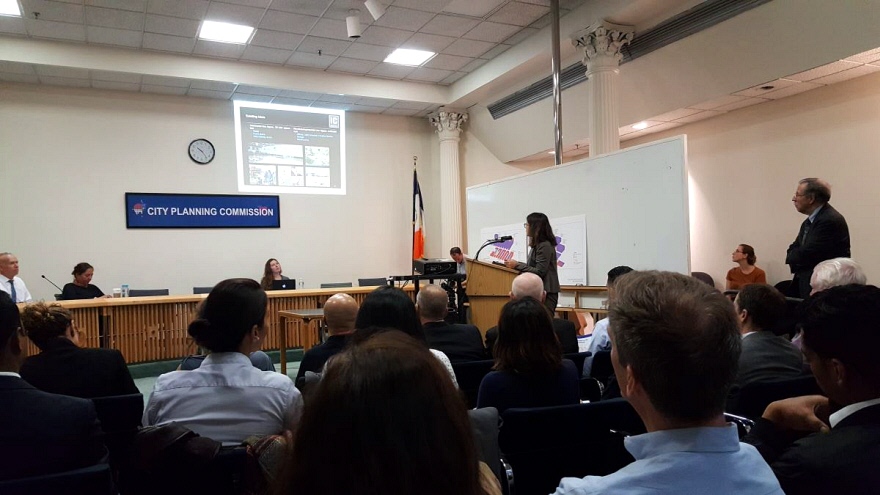 I spent this morning at NYC's Department of City Planning exercising some civic duty - participating in a rezoning meeting. Industry City, my former landlord, wants to get a zoning change for its large Brooklyn complex which is currently zoned for industry and manufacturing, enabling it to have more retail, commercial and office space, and a hotel.

Their main public argument is that they have pumped millions into the complex, which has about 6.5 million square feet of space, and have increased the number of tenant businesses from a hundred or so to over 450 tenants, and they want to continue expanding.

I decided to testify because Industry City is extremely savvy and great at public presentations. They typically frame their approach as that of job creation and opportunity. Very clever! Who would be against this? Politicians and other civic leaders generally don't hear from people like me (and meetings that take up hours in the middle of the day are not going to attract many small business owners). My main point was that you can build commercial and retail space almost anywhere else in the city, but there is a real shortage of industrial spaces. Industry City in general doesn't like real industrial companies. When I moved to the complex in 2007, there were - by their count - over 60 cabinet shops. That's a lot of woodworkers and for us, potential customers. Now there are way fewer, and my customers are disappearing to places outside of NYC. Slowly but surely the infrastructure that makes our business, and in fact any hardware or lumber business viable, is vanishing. At some point critical mass will be gone.

Industry City was acquired by new owners a few years ago, and to their credit they did invest money in the buildings. As folks who visited us back in the old space might remember, we had only a freight elevator, and if you came when the operator was on lunch, you earned bragging rights to the 5 story stair climb. Our wires were all exposed. The new owners put in an elevator, improved the wiring and made many cosmetic improvements. These improvements warrant rental increases, but that is not what animated the sale.

Instead, it was the hope of a handout. In NYC, zoning restrictions mean that landlords and property owners cannot do whatever they wish with a property. Industrially zoned land is the cheapest kind of land in the city, relative to other uses (residential, commercial, mixed). The restrictions depressed the valued of the complex, which was reflected of course in the sales price. As new owners, the new Industry City team spent millions not only on building improvements, but also on lobbying to get pesky rules - their zoning restrictions - waived.

I thought it was important to remind the City Planning Commission about a few salient points. Industry City might brag about jobs that they say they "created," but they aren't actual job creators. The jobs that are now in Industry City now were mostly moved from other parts of the city, or would have been created in other parts of the city. This is not true of the manufacturing jobs. Losing industrial space means losing industrial jobs like cabinetmaking and set building, both of which have made a steady march upstate or out of state. Creating more commercial and retail space, which could go almost anywhere, out of rare industrial space seems like a bizarre goal given the large number of vacant storefronts NYC now has because of on-line shopping.

Another important point for the City to consider. Most of the investment money for IC and other large developments comes from international sources. The results of their hoped-for windfall resulting from a rules change won't even stay local. The billionaire that makes the huge return isn't living in NYC, their taxes and donations will end up supporting some other place somewhere.

Did my comments make a difference? It's hard to know. Sometimes these public presentations are window dressing on decisions made long ago. But I don't regret speaking up on behalf of woodworkers and other industrial workers. If I don't, who will?

People all over the country read this blog and many of you will think - why don't you just move here - rent's cheap. But we like it here and if the Government would just enforce the zoning laws we have and not let any big company with a pile of dough for lobbyists challenge the law - we would be fine. All the industrial space in NYC is under constant attack from big investors and foreign money who know with a stroke of the pen they can make a killing.

Our jobs are at stake.