How could we not be intrigued by a project from Core Studio (no relation)?

Who would've thought? One of the highlights of this year's Dutch Design Week took place in a parking garage. Not an abandoned or converted one, but a busy underground garage in the center of Eindhoven.

It was the perfect venue for Hardcore, a group exhibition with the theme of "elemental aesthetics," and "materials that create a world that is more lasting." Even though the geometric forms may look simple and the use of metal might come across as cold, the 15 pieces were well-executed and fun. 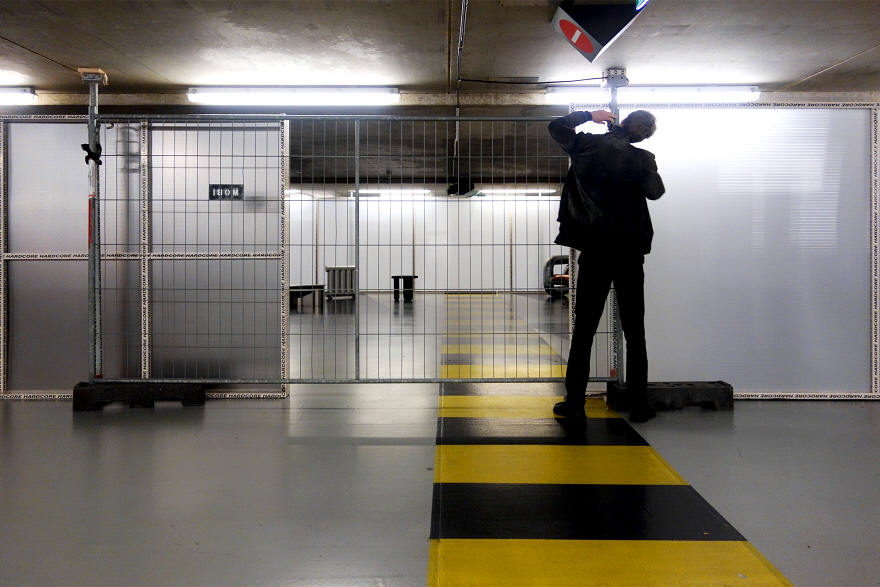 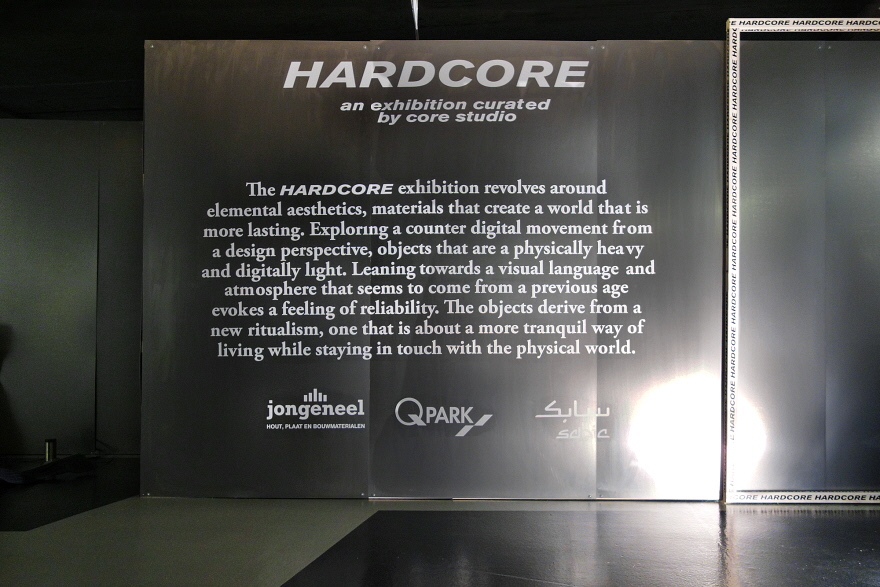 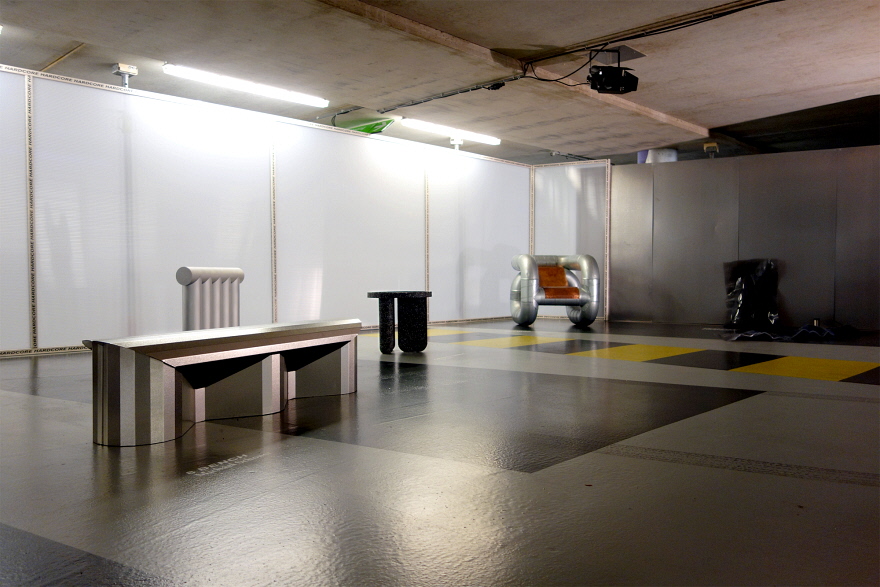 Overall, Hardcore was greater than the sum of its parts, thanks largely to the unusual exhibition space. As the story goes, Core Studio struggled to find an exhibition space until they realized the prime location of the QPark. It turns out that reserving a cluster of parking spaces was far less expensive than any other option, a clever solution for temporary real estate.

The exhibition was a follow-up to last year's Popcore exhibition, which was the beginning of Core Studio. The "trend forecasting" agency was founded by Tijs Gilde, Emma Wessel, Fabian Briels, and Hans van Sinderen, and will continue to organize exhibitions during Dutch Design Week. We look forward to the next "core," whatever it may be. 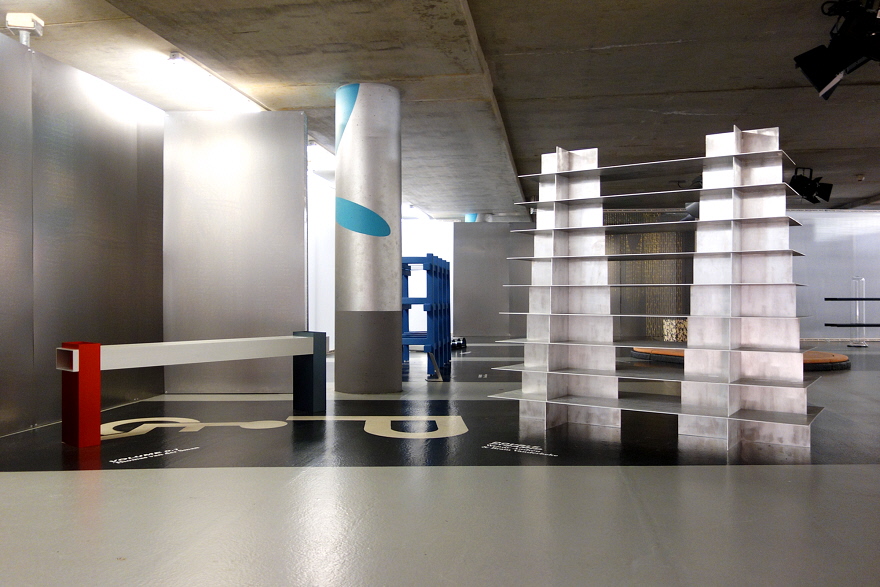 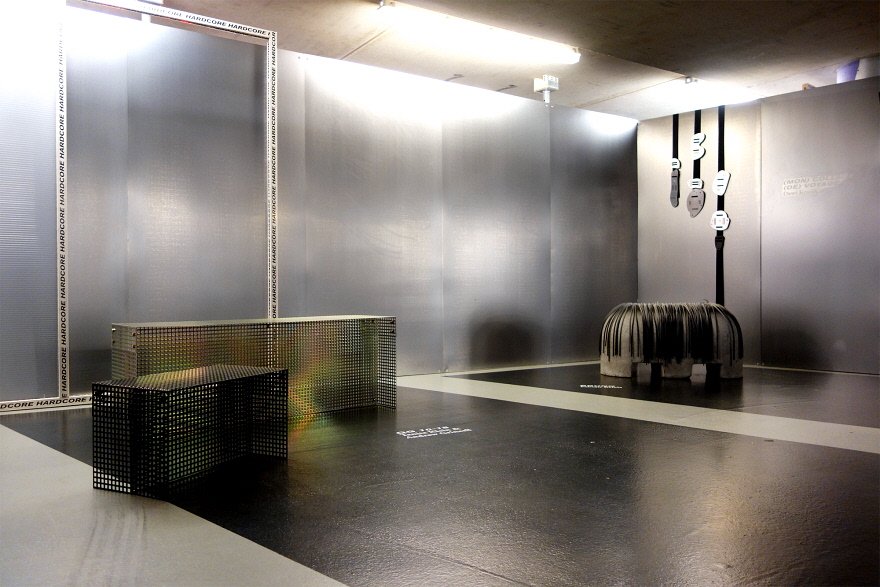 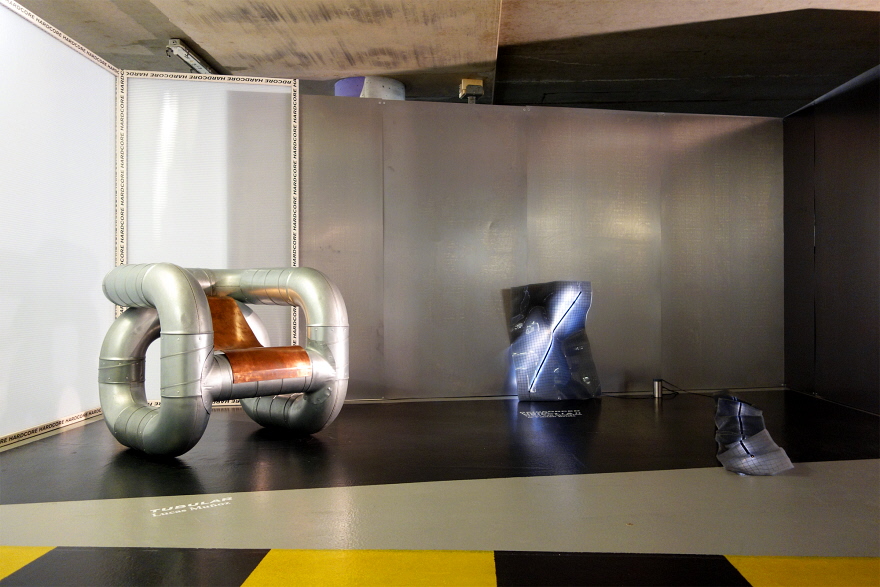 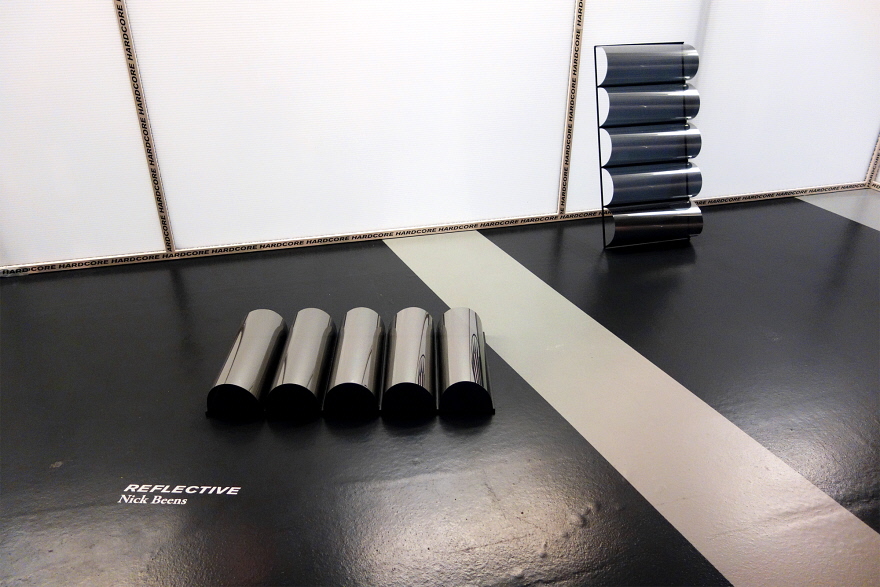 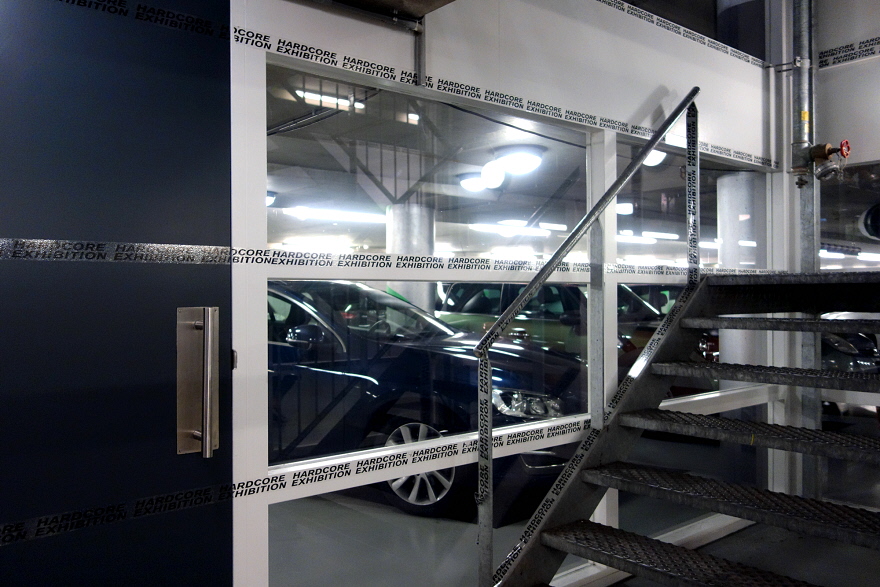 Imke Hoefker is a German product and graphic designer currently based in Eindhoven, the Netherlands.