A potential glaring flaw in the software

Yesterday the City of Las Vegas launched ARMA, an autonomous shuttle that provides free rides to passengers along a short route. While the shuttle's circuit is barely over a mile, the vehicle is interacting with regular traffic, which it was hoped would provide public confidence in the viability of the vehicle. 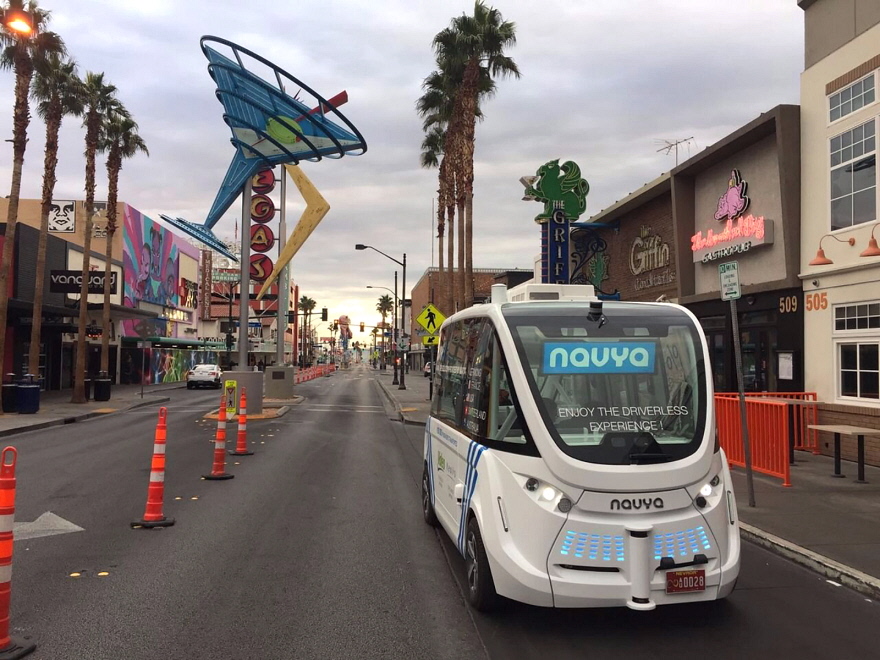 However, the vehicle was involved in a collision within its very first hour of service. By all accounts this was a minor fender-bender, initiated by the human driver of another vehicle, but it does highlight a glaring flaw (or a potential malfunction) in the technology of the vehicle, which is produced by French company Navya.

Apparently a semi-truck was backing up, did not see the shuttle, and "grazed" it, producing no injuries. Here is how a passenger interviewed by Channel 3 News Las Vegas described it:

A City of Las Vegas representative issued the following statement:

The key problem, as I see it, is the assertion that "the shuttle stopped to avoid the accident." Yet it didn't avoid the accident. Ideally it would have taken some type of evasive action, although admittedly we do not have the details; was it already boxed in? But failing that, it ought be able to do what a human driver would do if penned in while a vehicle is about to back into it, which is to start frantically leaning on the klaxon.

In any case, the accident was minor enough that the shuttle will continue its trial. "Testing of the shuttle," says the city representative, "will continue during the 12-month pilot in the downtown Innovation District."