General Motors has begun rolling out Marketplace, a software update to their 2017 models that enables drivers to shop from their cars. And I think this is one of those things that might've made some sense on paper, at least from a business standpoint, but that the real world is going to provide some significant obstacles. 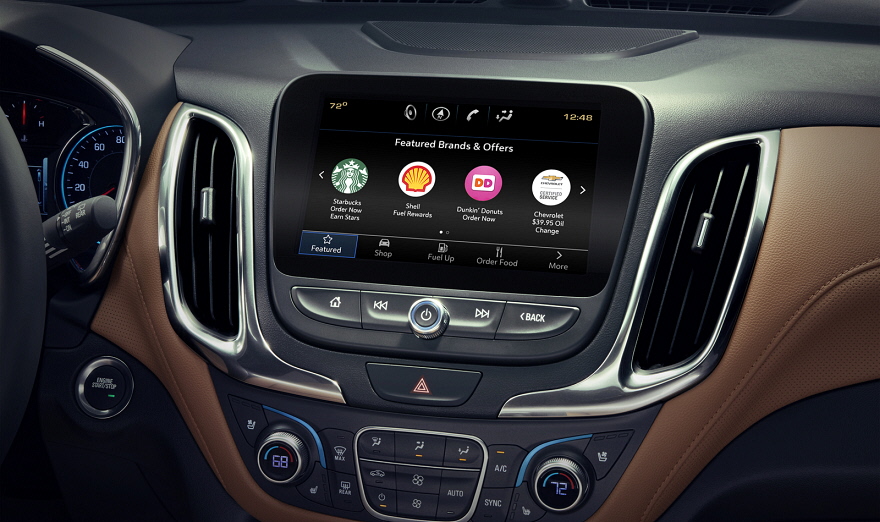 The idea behind Marketplace is that drivers can use their car's dashboard to find nearby gas stations, coffee or chow, and pre-order and pay for services there. That all sounds good enough, and we do it with our phones already. But take a look at how it's implemented:

First off this system should be completely disabled while the car is in motion. Each operation displayed in that video required far too many button pushes for my tastes, and I don't want to be sharing the road--or stuck behind an unmoving driver at a green light--by someone futzing with those buttons.

Secondly, distracted driving concerns aside, is it really that much faster? With the Dunkin' Donuts example, I get that you don't have to pay for the coffee through the window, but how much time are you really saving versus ordering a coffee through the microphone? And the TGI Friday's reservation thing seemed particularly time-consuming; wouldn't it be faster and, more importantly allow you to keep your eyes on the road, to just say to your phone "Call TGI Friday's" and then make the reservation by voice?

As an urban dweller, it's been some years since I commuted by car, so it's possible I'm just out-of-touch with the needs of the modern driver. For those of you who drive daily: What say you to Marketplace?