Insane Footage of L.A. Wildfires Burning Alongside the Morning Commute

Yesterday morning, this commuter in L.A. shot this insane footage of the wildfire burning alongside the 405 freeway:

That…doesn't look real. You could be forgiven for thinking the people of Los Angeles have pissed off a vengeful Greek god. 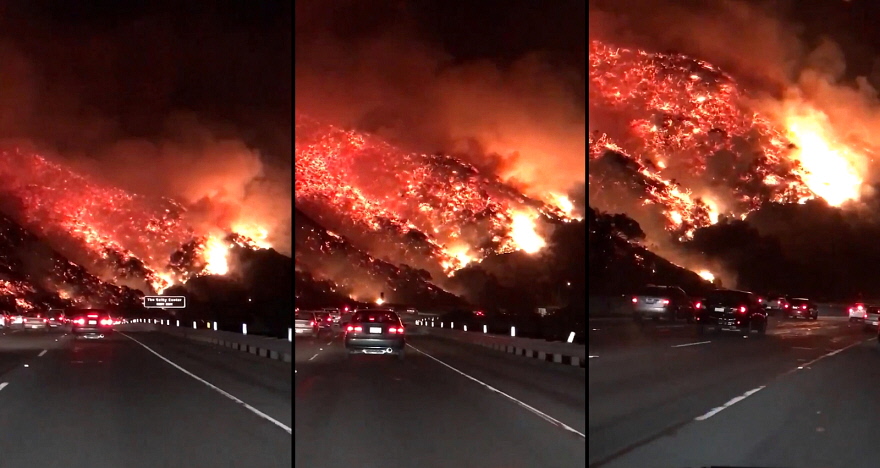 Thus far the death toll is estimated at 40 people, and nearly 200,000 have had to evacuate. The L.A. Times reports that today the situation may worsen, as powerful winds are in the forecast: "We are in the beginning of a protracted wind event," said Ken Pimlott, director of the California Department of Forestry and Fire Protection. "There will be no ability to fight fire in these kinds of winds," Pimlott said.

Insane Footage of L.A. Wildfires Burning Alongside the Morning Commute