New, Brain-Breaking Optical Illusion: These Lines are All the Same Shape

It's called the "Curvature blindness illusion"

Looks like we're still figuring out new ways to trick our eyes. Take a look at this image and tell us what you see: 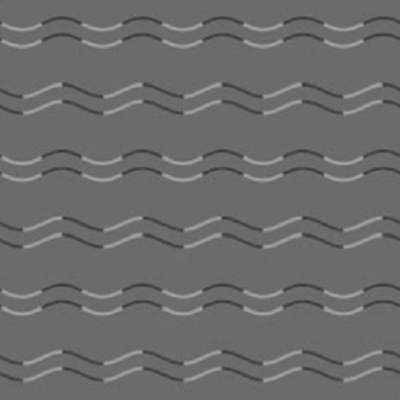 Well, turns out those lines are all actually the same shape. The illusion is revealed when the background color is either black or white: 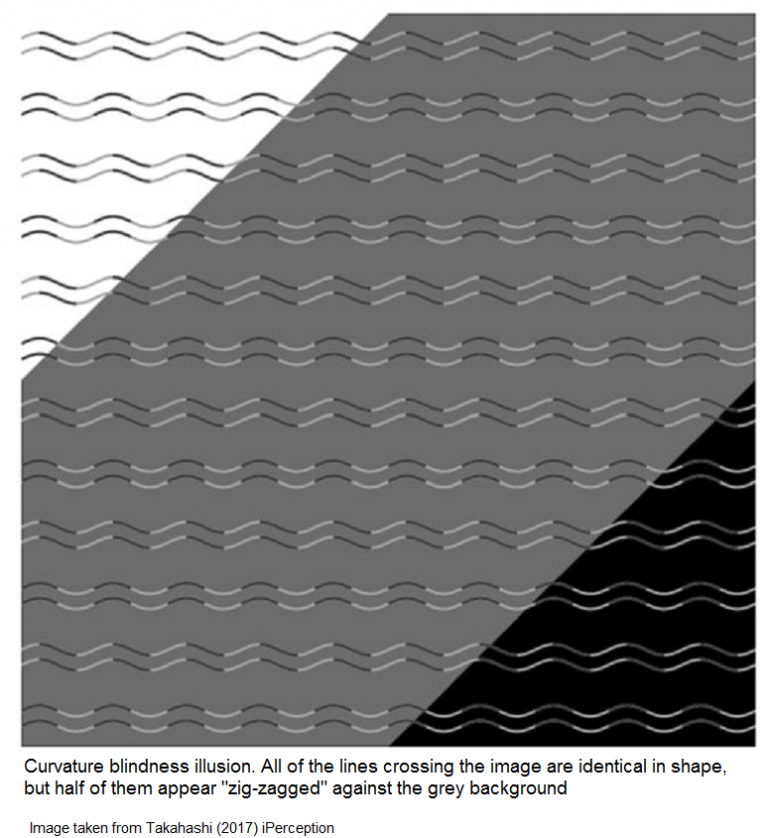 As it turns out, this 'curvature blindess illusion," developed by professor Kohske Takahashi of Japan's Chukyo University, might be of use to designers creating 3D objects. According to Discover magazine,

Takahashi proposes that the brain's visual system may default to seeing corners when there ambiguity over whether a line is a smooth curve or not….

The "zig-zag" lines in the illusion are the ones in which the color of the wavy line changes from dark grey to light grey at the 'corners' i.e. the peaks and troughs of the curve. It is only seen against a medium grey background however, suggesting that what matters is that the color of the wavy lines shifts from being lighter than the background, to being darker than it.

Takahashi notes that the illusion involves a sense of depth: the "zig-zag" lines look a bit like a surface, or wall, going into and out of the page, and the changing color of the wavy line suggests shadows. However, further experiments revealed that depth perception is not the driving force behind the effect.