Earlier this week Elon Musk posted this mysterious Tweet, with no further explanation:

What on Earth could it mean? People began speculating that it had to do with Tesla prices, and it also spawned this hilarious thread on pork chops. But the true answer can be found by looking at two things, one being Musk's updated Twitter bio: 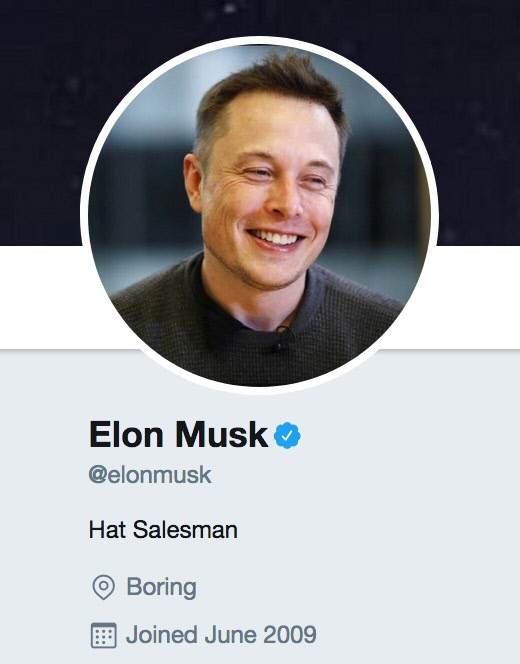 Or if you just look further down his feed and see this Tweet:

Musk has been selling hats to fund his Boring Company, which he plans to use to solve traffic by building tunnels for cars and Hyperloops. At $20 a pop, that means he's now raised $700,000--investor-free. The outlandish-sounding Boring plan might just become reality.