My neighborhood borders the neighborhoods known as Little Italy and Chinatown. Despite a few holdouts, the former community has largely departed, displaced by the latter community.

A striking and somewhat heartbreaking sociological difference can be seen in the local supermarkets. Whenever I see an elderly, local Caucasian woman in the supermarket, her basket reveals she is shopping for at most one or two people. In contrast, when I see elderly Chinese women in the supermarket, they look like they are shopping for a large family. (I have never photographed this in action because I feel it would be rude.)

Hauling groceries is not easy for older people. The elderly Caucasian women in my neighborhood all seem to use the same wire metal folding basket on wheels. The elderly Chinese women favor a sort of bag-cart hybrid. Anyways, there’s a Chinese-language senior center in my neighborhood, and as I walked past it today I saw the grannies inside had all parked their grocery-getters outside. 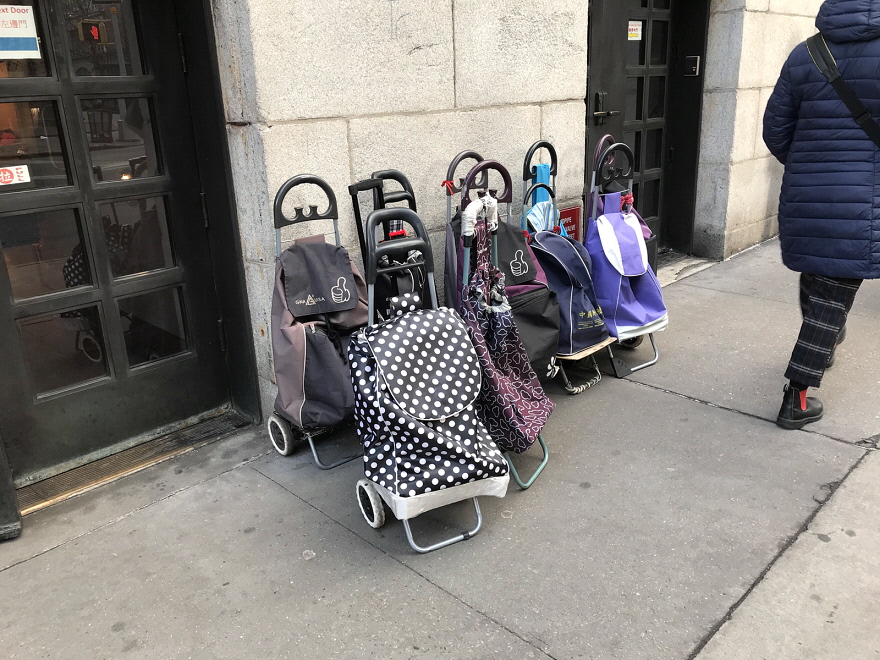 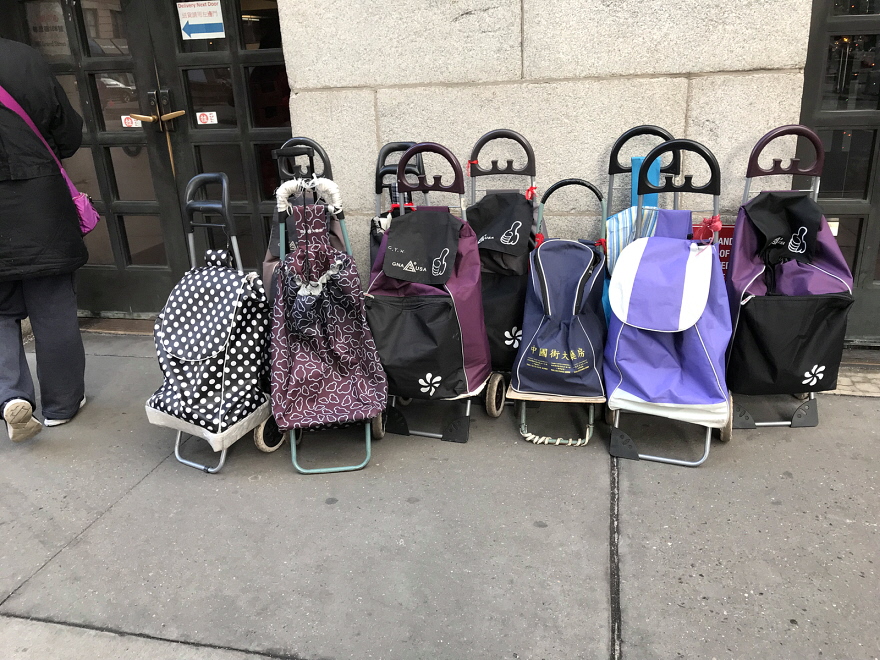 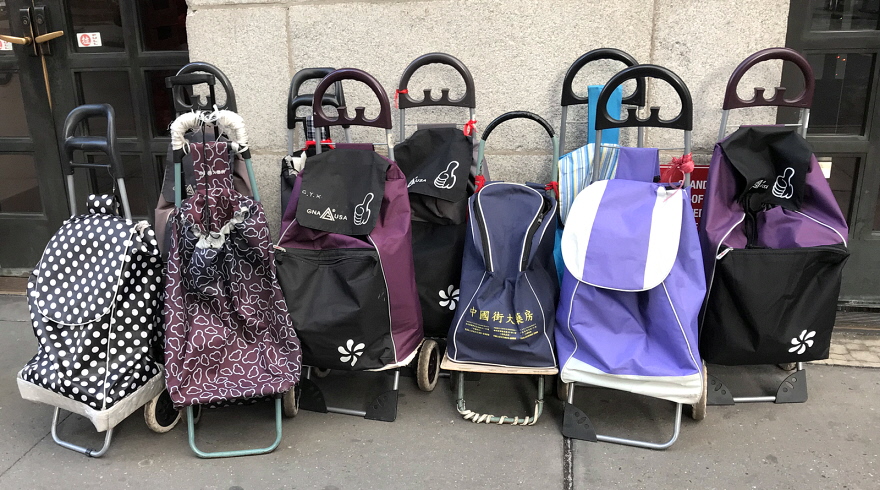 There was one woman who was apparently tasked with watching these. I kept her out-of-frame for politeness’ sake.

For the most part, there's a commonality in color palette of the bags. So I bet the one with the polka dots is a real firecracker.