After Neil Armstrong passed away in 2012, the astronaut's family contacted the Smithsonian Institute's National Air and Space Museum to donate some of his belongings. Writes Allan Needell of the Smithsonian's Space History Department,

I received an email from Carol Armstrong that she had located in one of Neil's closets a white cloth bag filled with assorted small items that looked like they may have come from a spacecraft. She wanted to know if they were also of interest to the Museum. She provided the following photograph of the bag and the items spread out on her carpet. 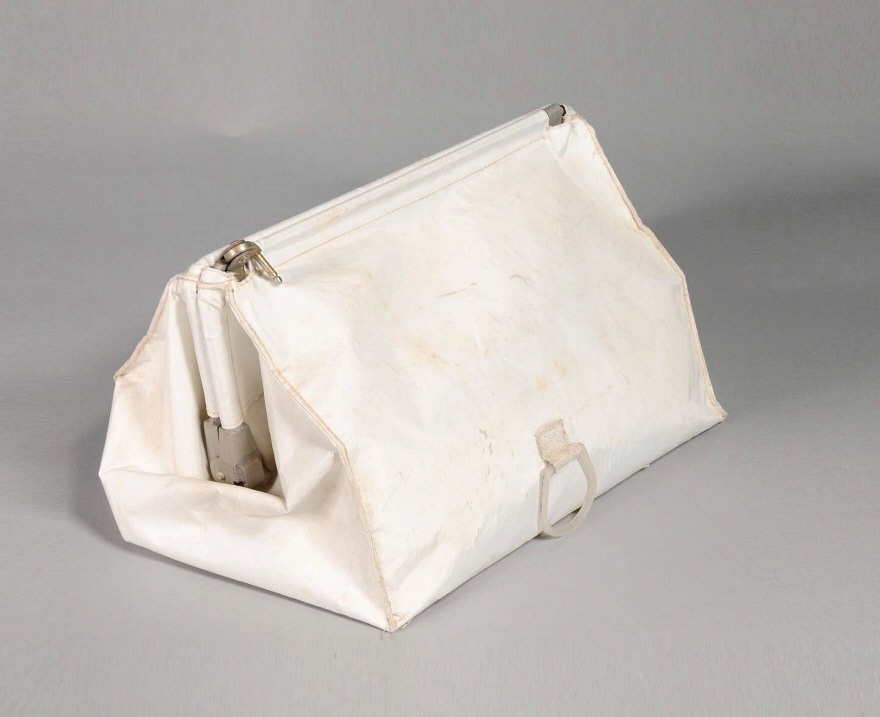 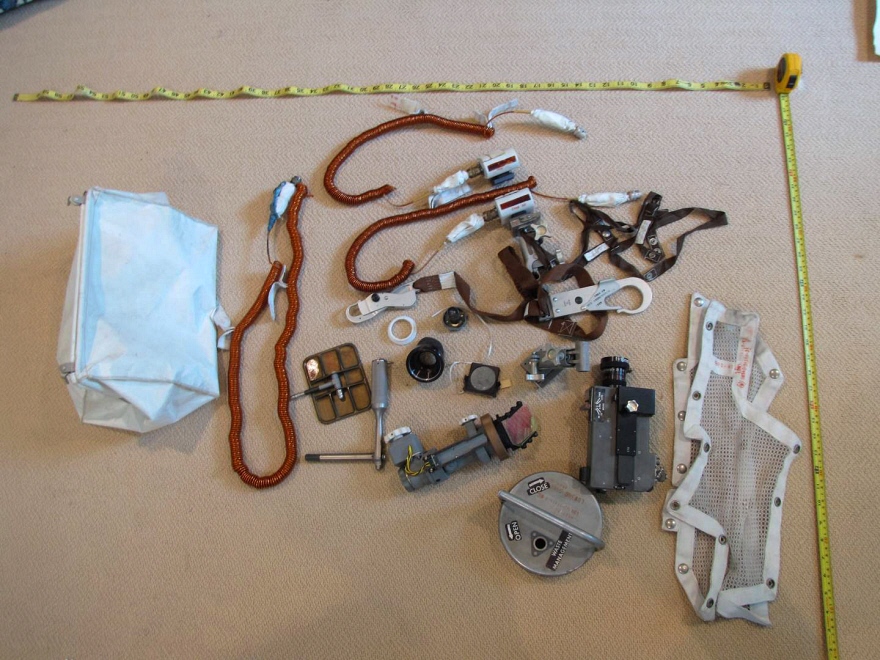 An excited Needell and a team of experts realized what they'd found: An early version of NASA's TSB, or Temporary Stowage Bag, colloquially named the McDivitt Purse after Apollo 9 Commander James McDivitt. "I developed that now famous bag during training," McDivitt said, according to the Apollo 12 Lunar Surface Journal. "There [were] a lot of items that we took out to use and really didn't have time to store and unstore so we just put them in the bag until needed again."

The bag picked up the "purse" moniker because it opened and closed like a clutch purse, a practical, quick-access design for an aperture. 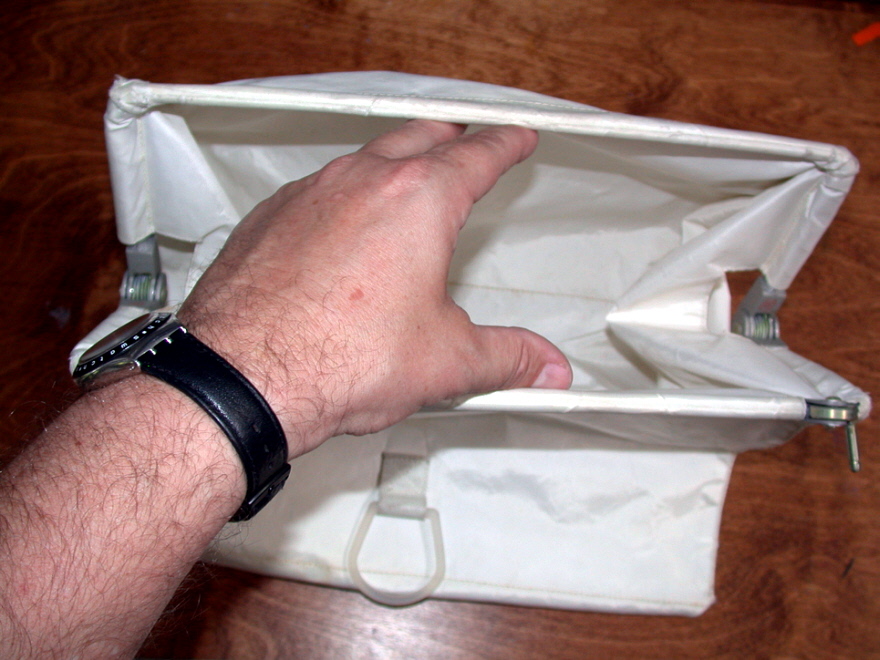 The white color was presumably chosen for both visibility (below is a shot of it in the cockpit of the Apollo 17 cockpit) and because it's easier to see the tools and parts within against a white background. 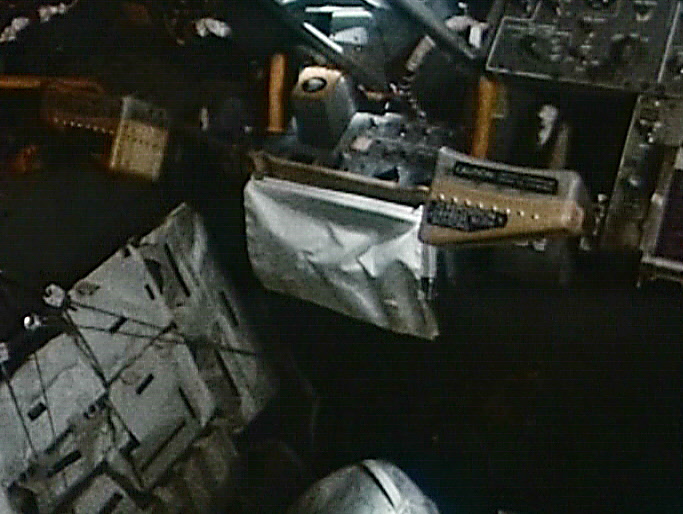 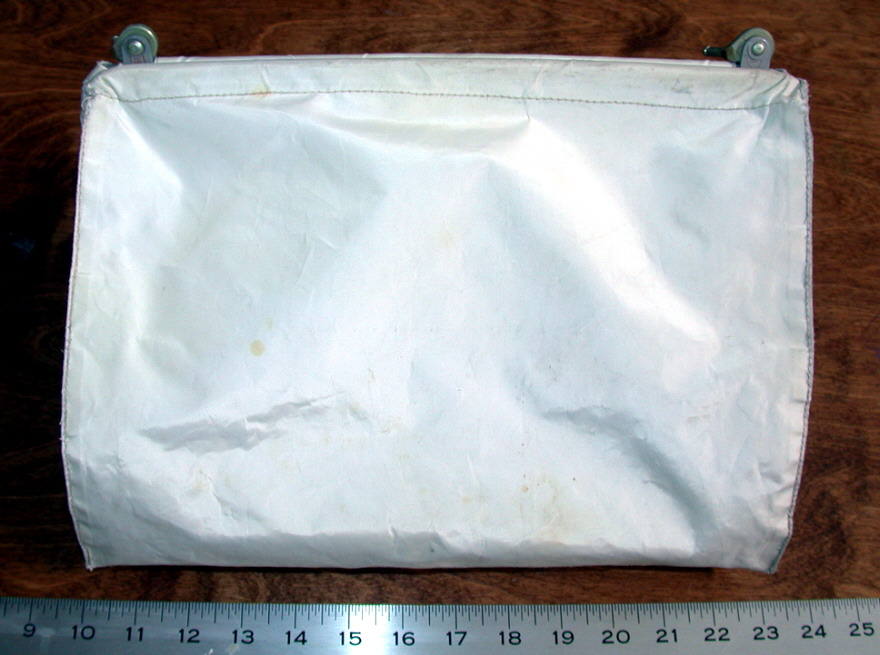 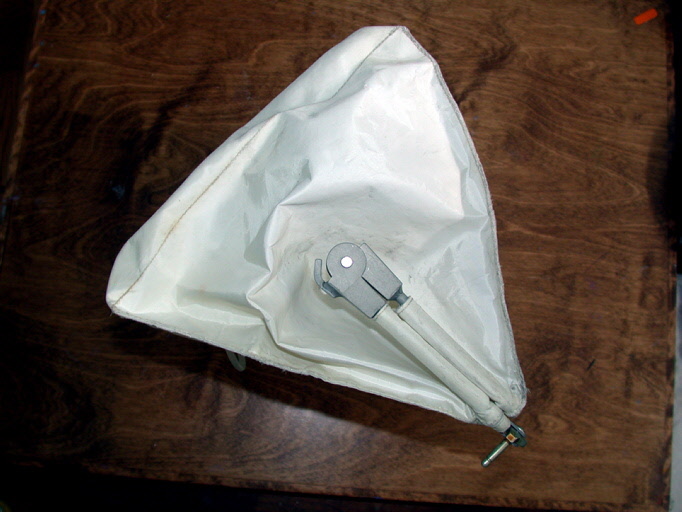 "View of the end. The pin on the right is at the back of the bag, probably for attachment to the underside of the DSKY [the nickname for the Apollo Guidance Computer]." - Apollo 12 Lunar Surface Journal 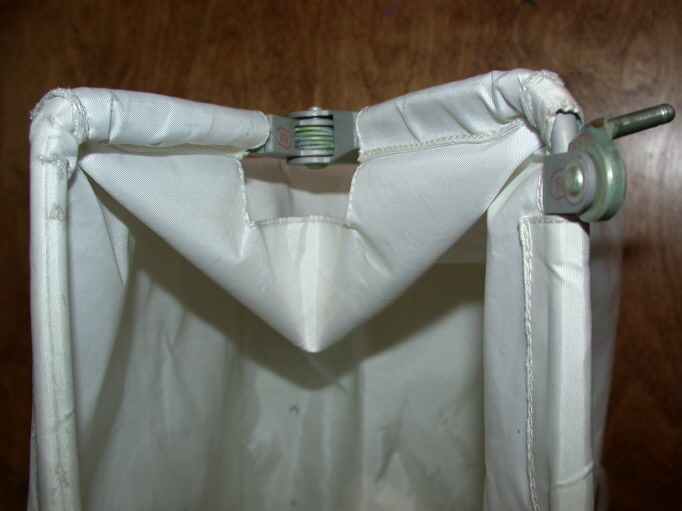 "View from the top of the hinge on the lefthand end and of the U-shaped stiffeners. The back of the bag is on the right." - Apollo 12 Lunar Surface Journal 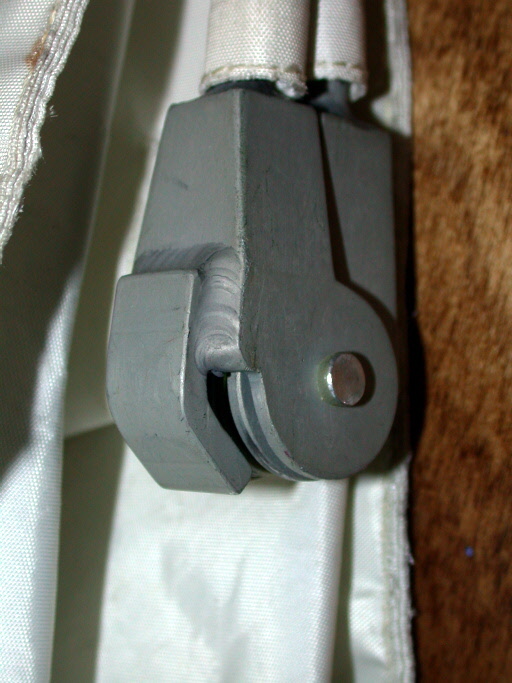 "Close up of one of the hinges." - Apollo 12 Lunar Surface Journal

I bet if NASA starting producing these for retail, they'd sell like hotcakes. But in the meantime, a certain famous tool user has designed and is selling his own bag inspired by the TSB. Stay tuned.