Tools & Craft #79: A Mortise Bench and a Newfound Resource

I headed up to the Mid-Manhattan Library with the boy so we could stock up on books our local branch doesn't have. After a bit the boy decided he needed a bathroom and the librarian suggested going up to the ones on the third floor as they were cleaner. We did, and while the boy disappeared into the bathroom I wandered into a department of the library I never knew existed.

The New York Public Library Picture Collection has pictures of all sorts, and after consulting with a librarian I was directed to a folder of "Furni - Man"--that's Furniture Manufacturing. My boy returned and sat down to read and I examined the folder. 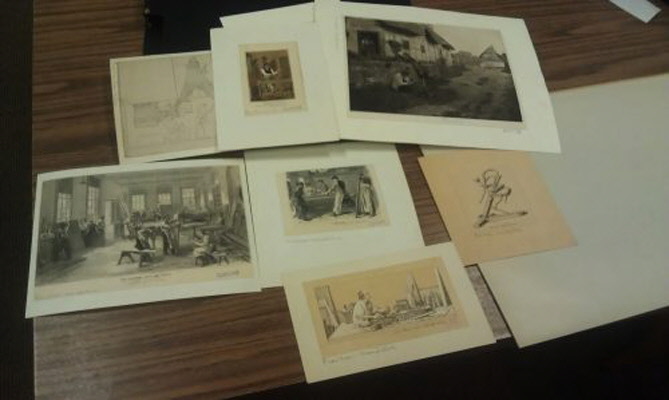 Most of the pictures were about caning chairs but not all. There were some cool pictures of the Thonet factory on Long Island and also a picture of what I think is an itinerant London chair caner. However this file only contained the images they had that were available to take out.

A further conversation with the very helpful librarian revealed that they also had another folder on the same topic of pictures that did not circulate--ones that were old and out of copyright. It's from that batch where these images come from. For now I just want to call your attention to a single image of the lot (larger version down at the bottom of this entry): 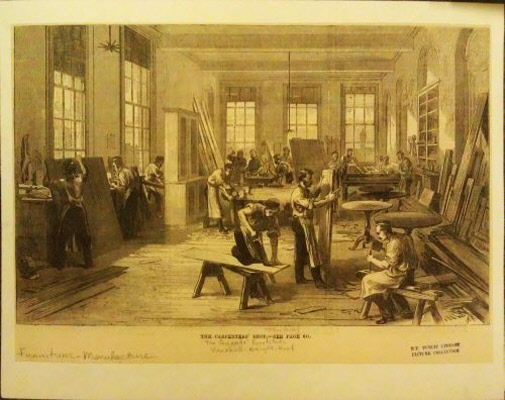 The picture is of an English workshop circa 1869. Notice the saw bench. When Chris Schwarz first started writing extensively about saw benches, I mentioned to him that I thought they were also used for mortising. I had read it somewhere but for the life of me I could not figure out where. And I still haven't figured out where I read it. But on the right in the picture we have someone sitting down and chopping mortises on his saw/mortise bench. 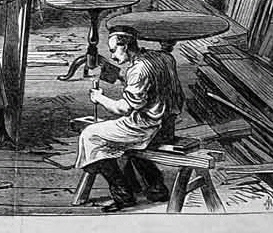 Sitting down for smaller mortises gives you a great way of clamping the work while still being able to move it around quickly. And standing up, with your foot or knee on the work puts much larger pieces at a better angle for a long sweeping blow of a mallet. Are the two benches in the picture alike? Not exactly, but the cutout in the bench used for mortising suggests it could also be used for sawing.

The picture is from an article in an 1869 issue of "Illustrated London News" of the workshop at the "Guard's Institute" in London. I don't know why there was a woodshop there but you can see by the windows and the hats the men are wearing that this is not a typical production shop.

I only spent about a half hour in the picture collection. I didn't look at any more material. The catalog suggests a lot more topics to look through. This is where they keep all their images that don't go into the rare book collections. It's also an amazing and wonderful thing that the library is perfectly happy to hand over this unique material (easily stolen or damaged) to any bozo that asks for it. Even me.

N.B. There is actually a copy of the image for sale on Amazon and the preview is a lot better than the image I was able to take in the library. But this doesn't invalidate anything I have previously written. Without the library to collate and present the information I would never have found it. The archives of the "Illustrated London News" are online but you need to access it from a library, so back I have to go to the NYPL. 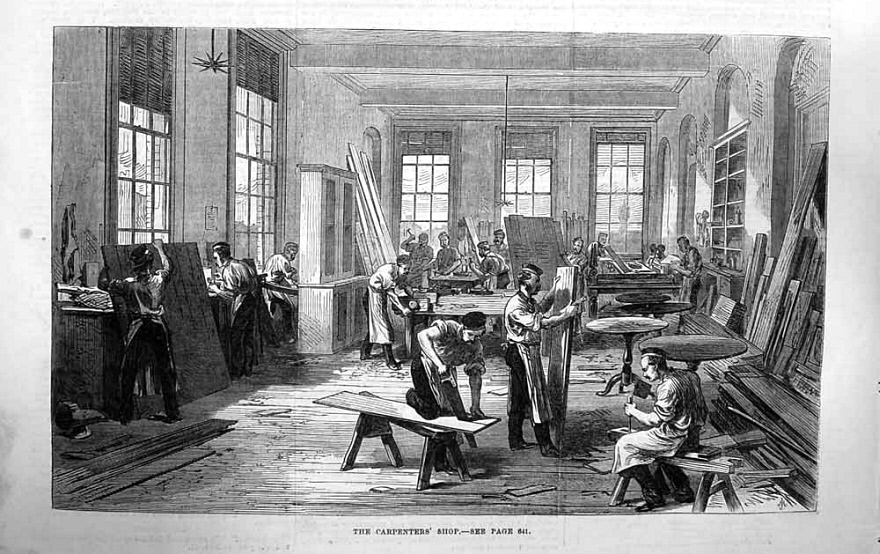