When Designers Can't Get Their Way: Photographs of a Mega-Library in China

…with one disappointing rejection of a crucial design element

In Tianjin, China is this massive Tianjin Binhai Library, designed by Dutch architecture firm MVRDV and the Tianjin Urban Planning and Design Institute. 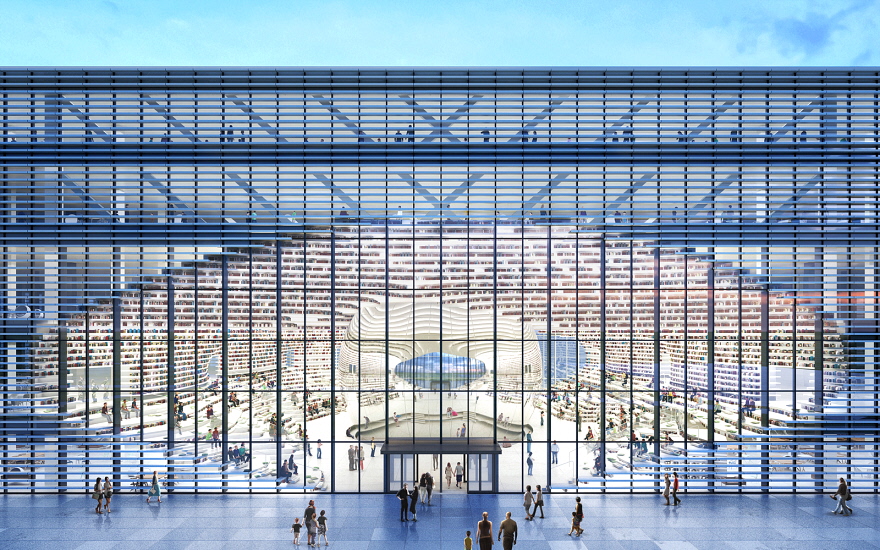 The massive structure is some 363,000 square feet and houses over a million books. 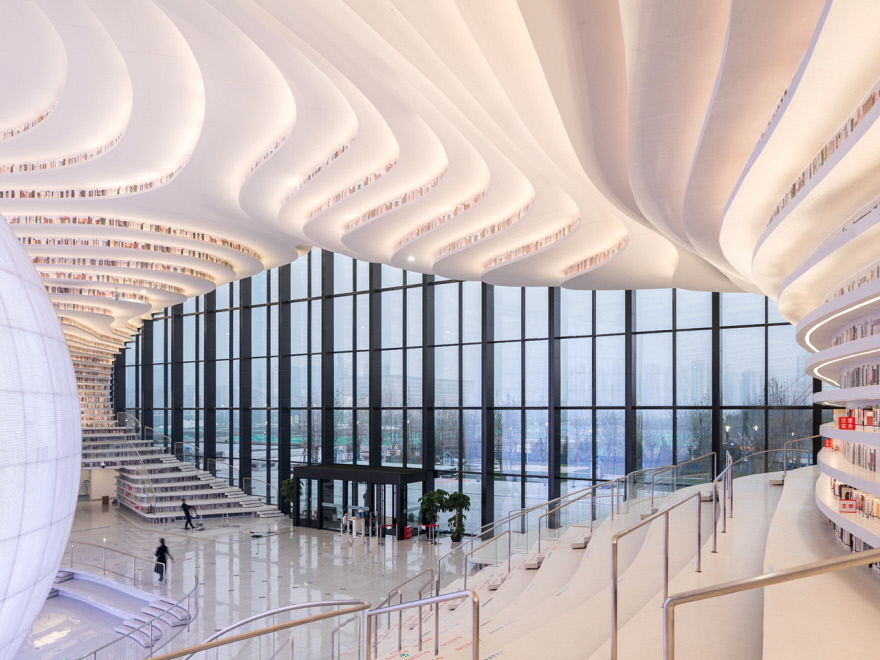 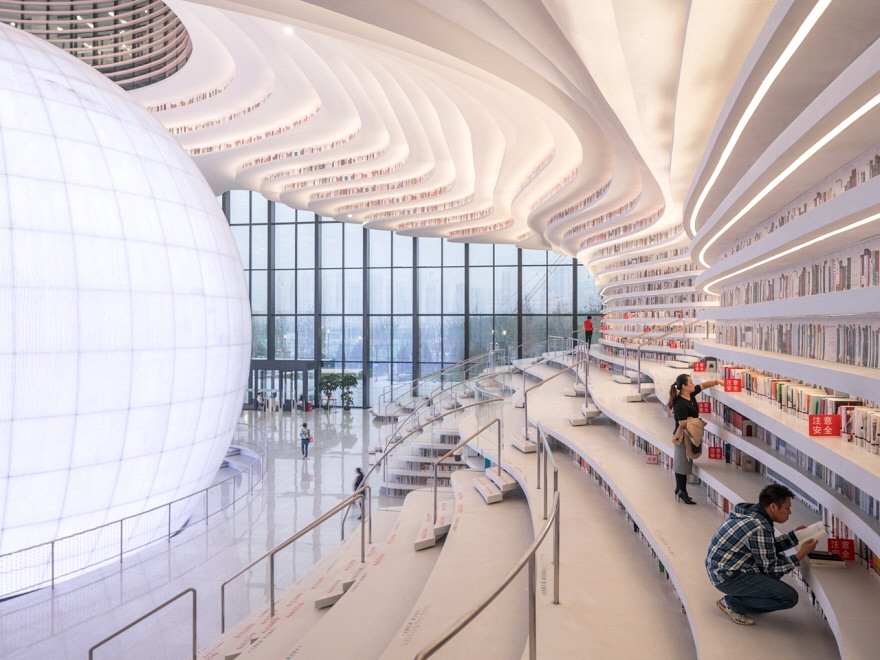 The sphere you see in the center of the space is an auditorium. 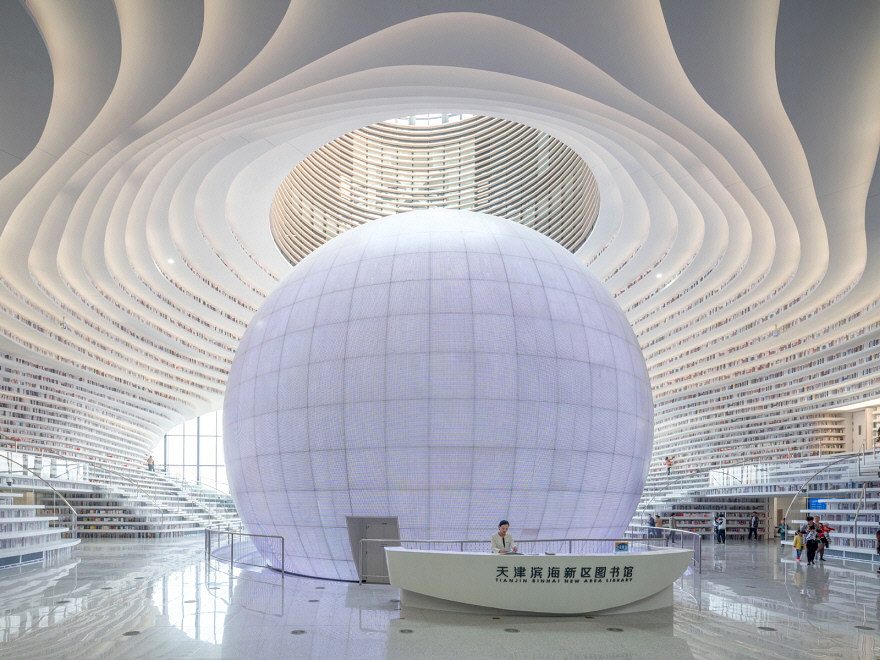 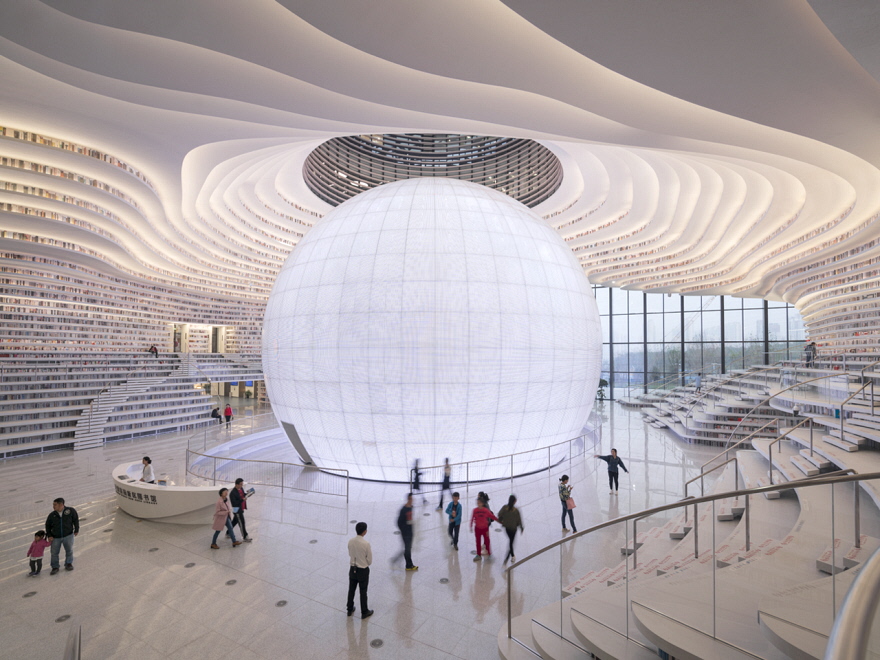 The structure is intended to serve not only as a library, but as a social and cultural community center. 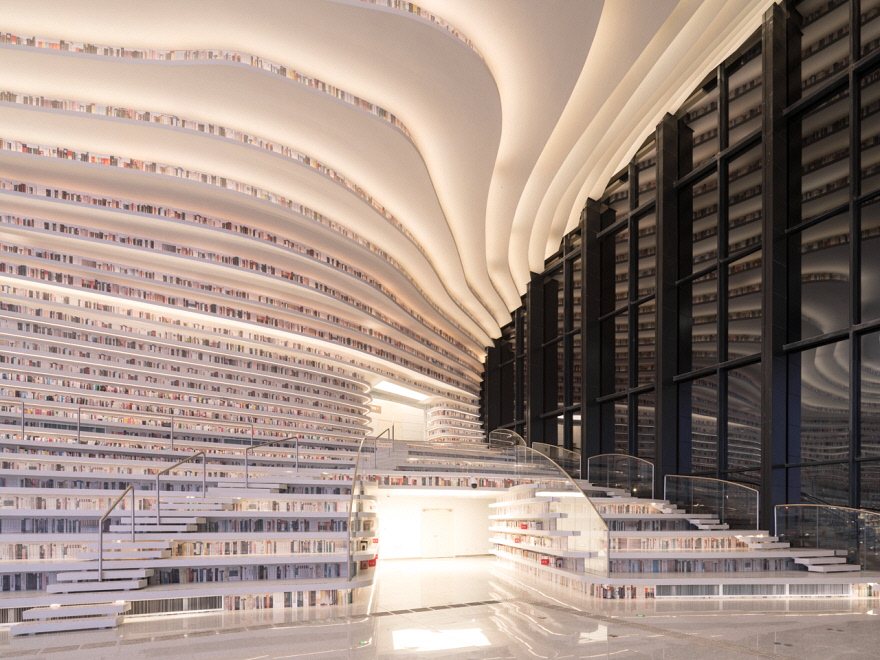 The five-level building contains extensive educational facilities, arrayed along the edges of the interior and accessible through the main atrium space. The public program is supported by subterranean service spaces, book storage, and a large archive. 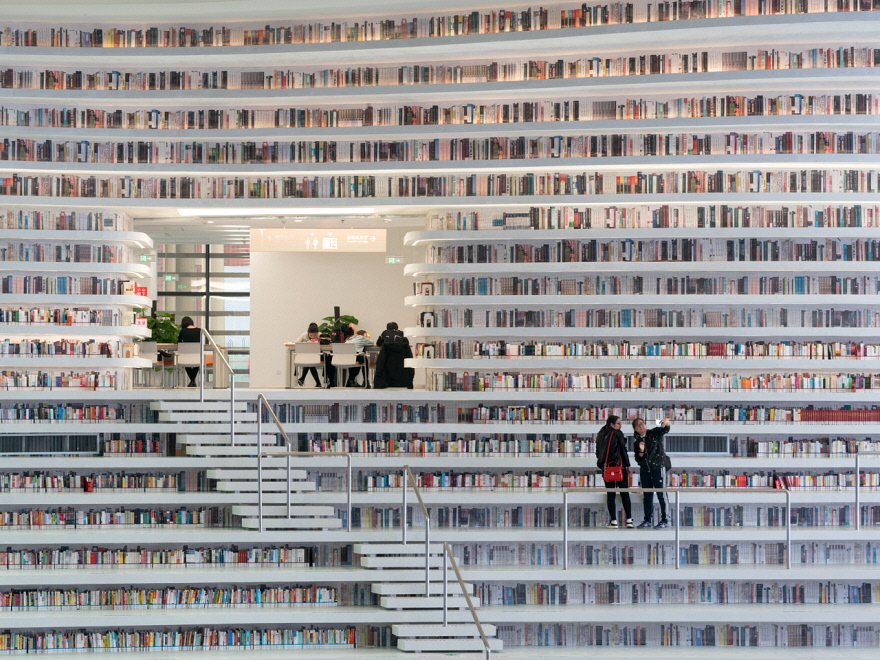 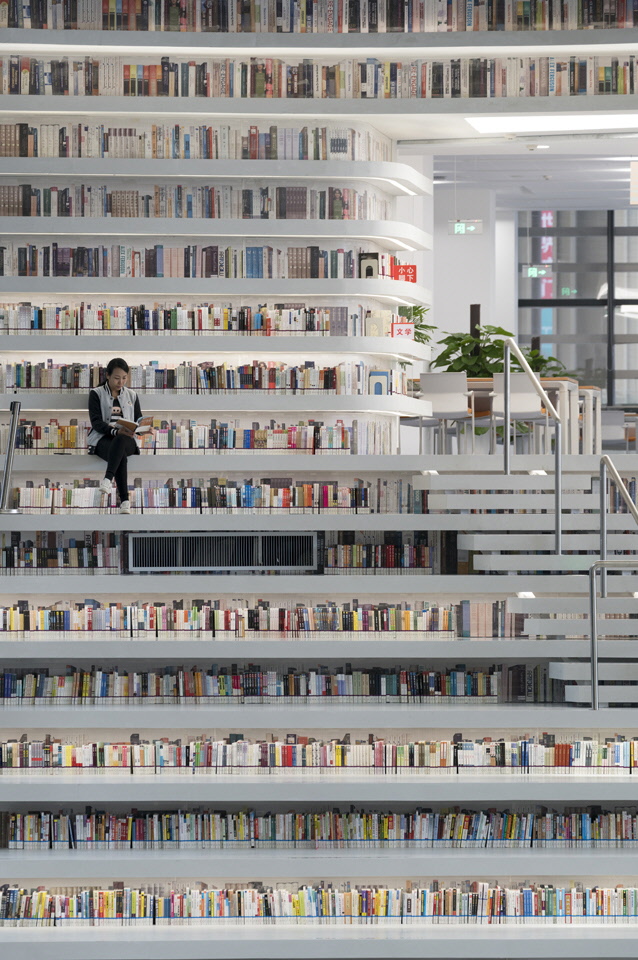 One thing you've got to be wondering is how the heck the patrons access those books on the upper tiers. 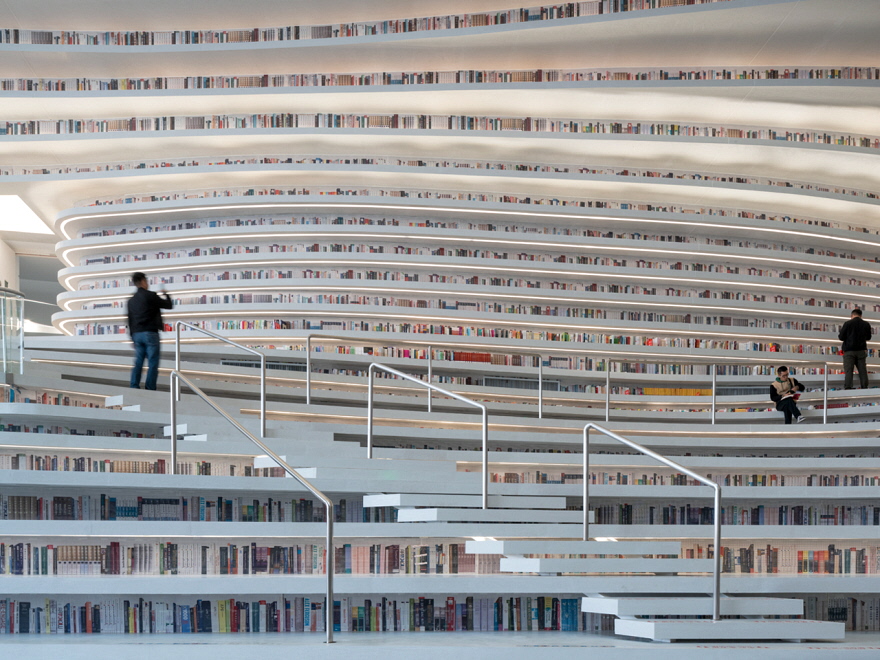 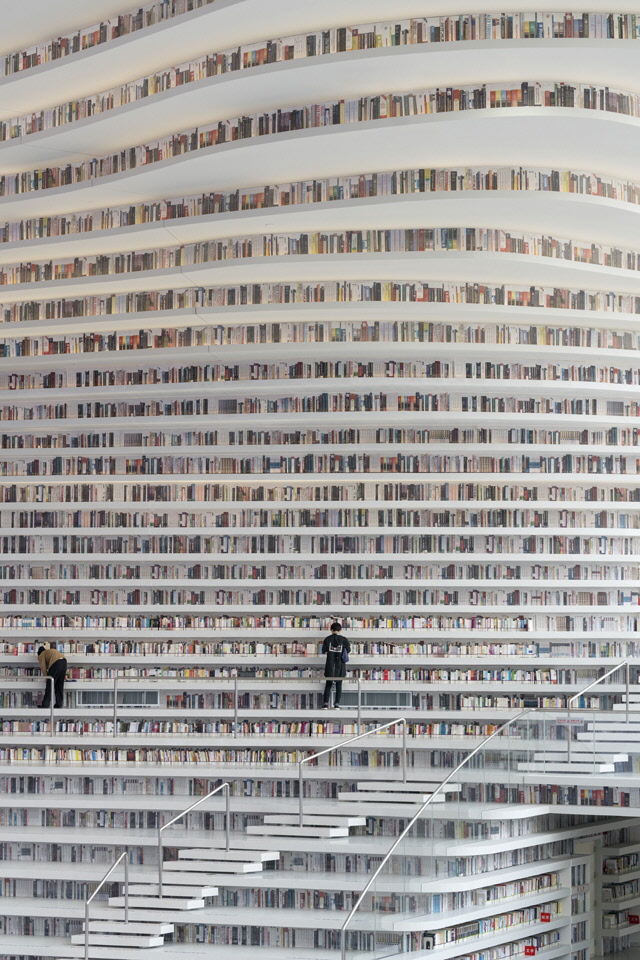 The designers came up with a clever way to do this, but, disappointingly, the idea could not be realized due to time constraints:

The library is MVRDV's most rapid fast-track project to date. It took just three years from the first sketch to the opening….

The tight construction schedule forced one essential part of the concept to be dropped: access to the upper bookshelves from rooms placed behind the atrium. This change was made locally and against MVRDV's advice and rendered access to the upper shelves currently impossible. The full vision for the library may be realised in the future, but until then perforated aluminium plates printed to represent books on the upper shelves. 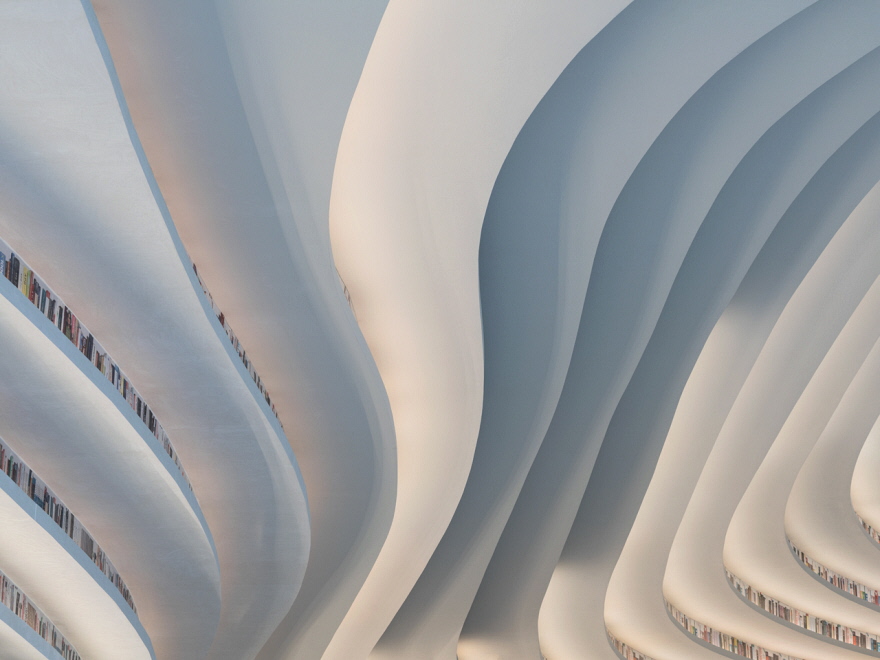 Fake upper books aside, it's still a magnificent structure!

When Designers Can't Get Their Way: Photographs of a Mega-Library in China