...by a cartoonist, no less

As the systems around us become more complex, the need for talented data visualizers grows more important. By breaking complicated things down into visuals that we can more easily grasp, these people influence both our perception and our understanding. When this is not done properly, our perception of the information being displayed can lead to an incorrect understanding of how things are.

A great example of this is this map of the 2016 popular vote, where you can see how each county in the country voted: 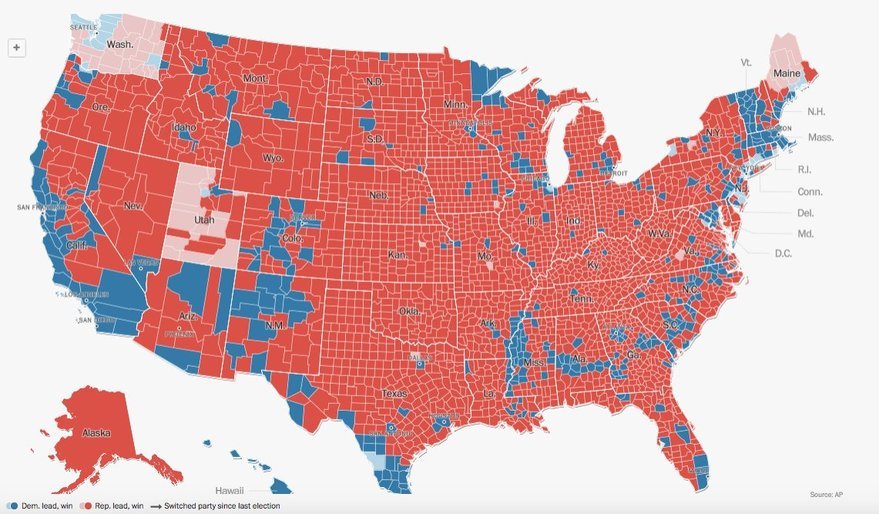 It's easy to look at that image and conclude that most of America voted red, and that there is, for instance, no one in the entire state of Oklahoma that voted blue. But this is inaccurate. In all of those red blocks, there may be people who voted blue, and vice versa. Essentially, this map is only useful if you are looking to see which side won a particular county.

Another image I'd call a bad design is this one by the Times, which shows the 2004 electoral vote: 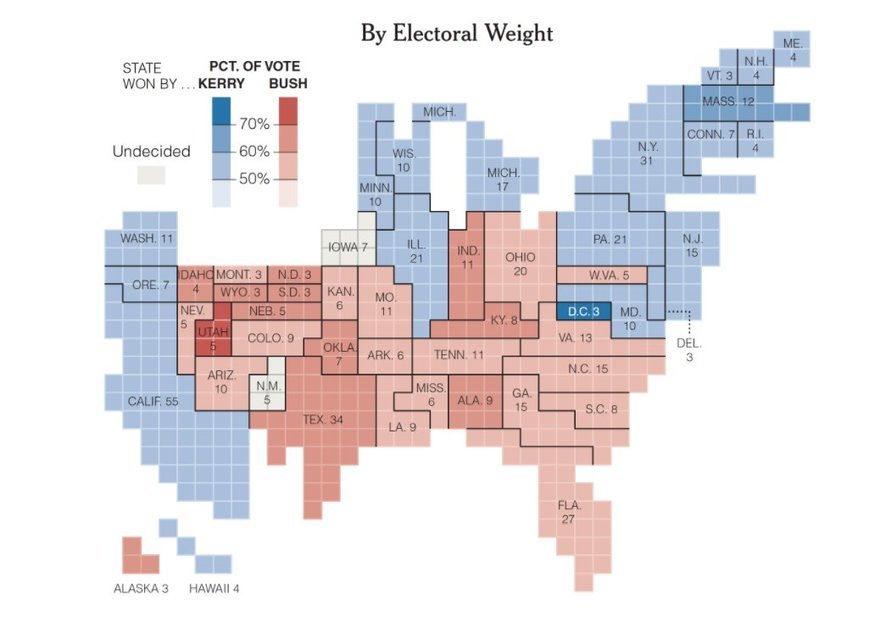 By breaking the country into squares that roughly correspond with the shape of the country, they are attempting to project numerical consistency onto a wildly inconsistent shape. This provides cognitive dissonance--we know what the shape of the U.S. is, and that isn't it--and makes the data difficult to parse.

The best design I've seen so far, and that provides the clearest picture, is this map by cartoonist Randall Munroe, a/k/a XKCD: 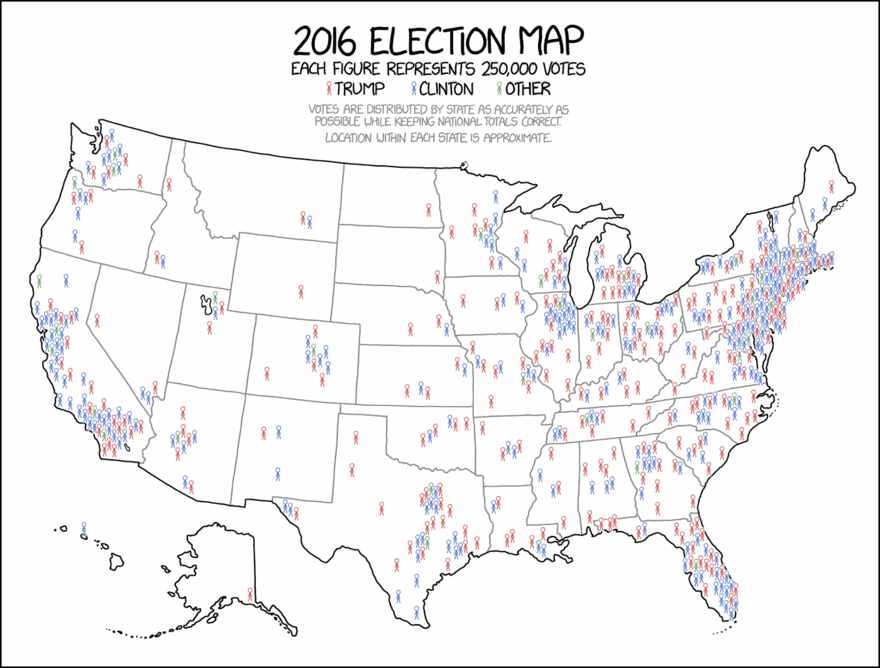 It's a brilliant design for at least a couple of reasons. First off Munroe is going by units of 250,000 votes, regardless of which side won any particular county. Secondly, he's chosen to use stick figures, which instantly humanizes the results, reinforcing that these are people who are voting, not rectilinear municipal entities. We can also see that while Oklahoma appeared to be entirely red in the first map, here we can see that about 1/3rd of its population actually voted blue.

Right now the U.S. is obviously politically divided, but what I find remarkable is just how evenly it's split; it's damn near fifty-fifty. Even more remarkable is that this is not an American phenomenon, though it may be democratic one; The UK, Australia and Germany are all countries that are dealing with sharp political divisions.

To what do you attribute this emergence of political divisiveness around the world, and the concurrent re-emergence of tribalism? My theory is that as the world grows more complicated, people react by oversimplifying issues in order to make sense of things, to retain the illusion of cognitive control. Social media enhances and encourages oversimplification. It's easy to say people who voted for the party you don't like are idiots and fools, rather than learning about who these people really are and what factors in their lives caused them to vote a certain way.

In any case, if you want to read more about data visualization as it pertains to elections, check out this article on Vox and this one in The New York Times.