The unique features of this Ipley Cross intersection, and your average car design, have proven fatal to those on two wheels

Three people hit by bikes, two of them fatally, over a five-year-span might not sound like much. But any death that would have been preventable with better design is a tragedy. At Ipley Cross in the UK, the intersection of Beaulieu Road and Dibden Bottom has yielded surprisingly consistent car-bicycle impacts, and the last two people to be struck were killed. "Why it that the same collision keeps occurring at this junction?" asked Bez, who writes for cycling magazine Singletrack.

I'll nutshell Bez's description here, but I hope you will click over and read the full article, which goes into much greater detail.

This is an overhead view of the intersection in question. In each of the accidents, the cyclists were traveling south on Beaulieu when they were struck by cars traveling west on Dibden. In each case, it appears neither saw the other until the last moment. 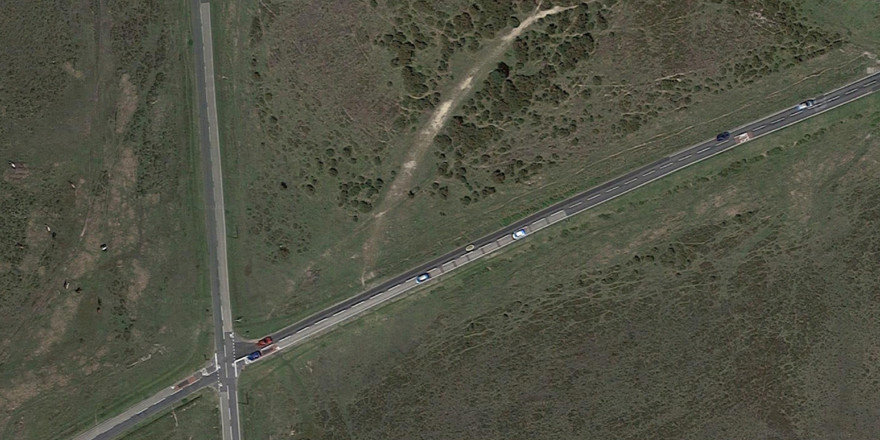 Why does this keep happening? For the following factors. First off here's the blind spot presented by the A-pillar in the Vauxhall Zafira, a not unusual automobile in Europe, that was involved in the first fatal crash. (Remember that this is in the UK and the driver sits on the right.)

Here is the blind spot extrapolated onto an overhead view of the intersection. 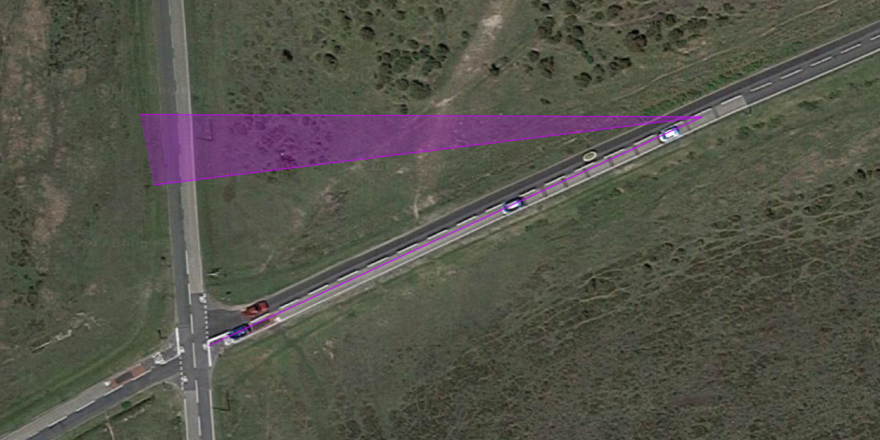 Here is how that blind spot tracks, as shown in different colors, as the car approaches the intersection. 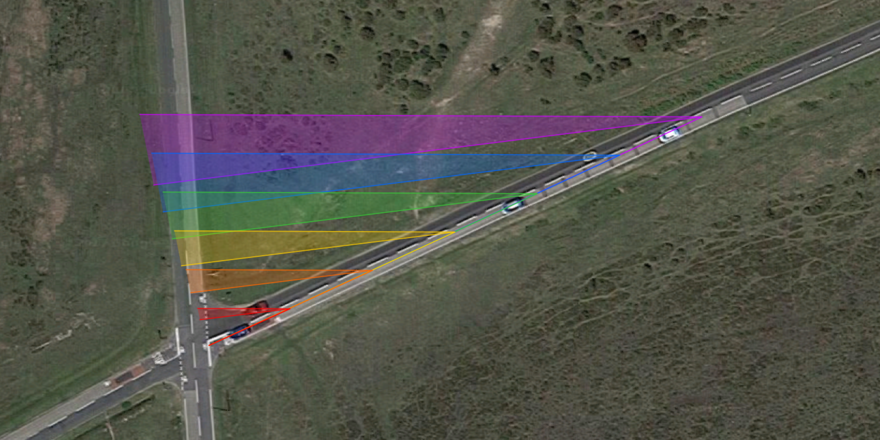 It is possible for a cyclist (represented by aqua blue line in the photo below) to be traveling south at a constant speed and to remain in the driver's blind spot for that entire stretch of road. 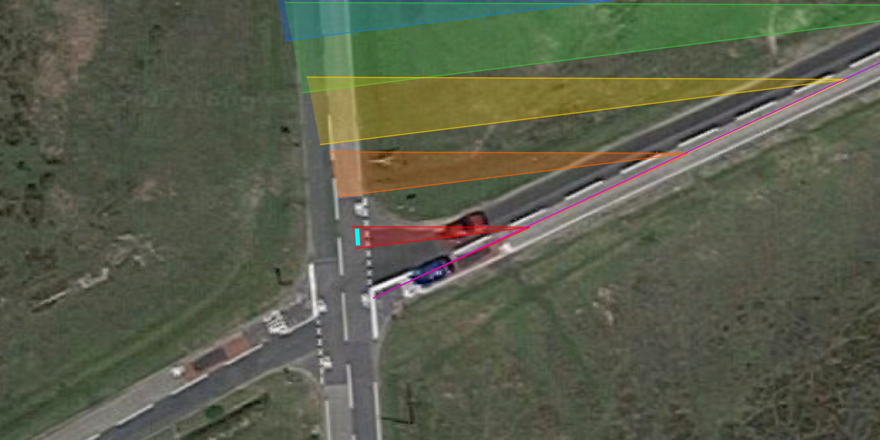 That explains the driver not seeing the cyclist, but not the other way around. Bez explains:

[Consider] the angle between the cyclist's line of travel and the line from their eyes to the vehicle which will hit them.

At this location, with this vehicle, it is 94 degrees.

A car which is on a collision course at Ipley Cross with a cyclist who is obscured from the driver's view by the front pillar will approach the cyclist from behind.

Ipley Cross is constructed in such a way that not only is it possible for a careless driver to drive straight into a cyclist without seeing them until a fraction of a second before impact, but under the exact same circumstances it is also possible for that cyclist not to see the car that hits them until the same moment.

If anyone were to take a highway engineer to a wide open space and ask them to design a junction which would readily enable two road users to collide with neither of them ever seeing each other, I doubt any would be able to manage it.

Yet this is precisely what exists.

This article has proven so popular, and drawn so much commentary (and trolling) that the author has gone back to address it all in an addendum. It's a lengthy read, but if you're interested in bicycle safety vis-à-vis infrastructure, I recommend giving it a read.