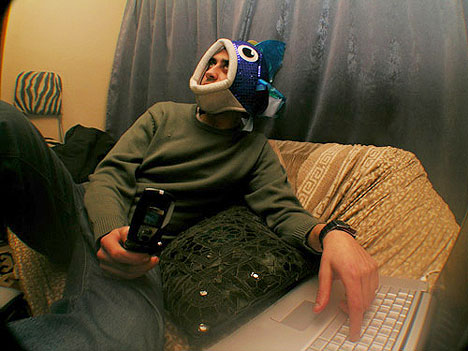 After a long month of waiting were happy to announce that Giuseppe Furcolo is the winner of our Braun Prize contest, and will be traveling to Germany for a three day trip to attend the Braun Prize Award ceremony. Giuseppe is originally from Rome but now lives in Brooklyn, working as a motion graphics designer at Deepend. After graduating with a degree in product design from IED in Rome, he spent a few years at an ad agency before relocating to NYC last year. Giuseppe will be proudly representing Core77 at the party and taking snaps on his Holga camera while there. If you'll be at the event make sure to say hi!