Pesticides are bad for humans, and they've been linked to everything from birth defects to cancer. They're not much better for the environment: In "Sustaining the Earth," textbook author G. Tyler Miller--the man who literally wrote the book on environmental science--points out that over 95% and 98% of sprayed herbicides and pesticides, respectively, land on something other than what they're trying to kill. They then contaminate and pollute the air, water and soil.

We need to shift towards a natural and eco-friendly way to protect crops, and the UK's Centre for Ecology and Hydrology may have the solution: Wildflowers. As it turns out, wildflowers are a breeding ground for parasitic wasps and hoverflies--which doesn't sound pleasant, until you consider that those are the natural predators of cereal leaf beetles and aphids, which are both persistent and destructive crop pests. Thus the CEH is running a five-year trial in England on 15 farms, planting strips of wildflowers that run directly through crop fields. (As a side bonus, wildflowers also host bees, which help with pollinating crops.) 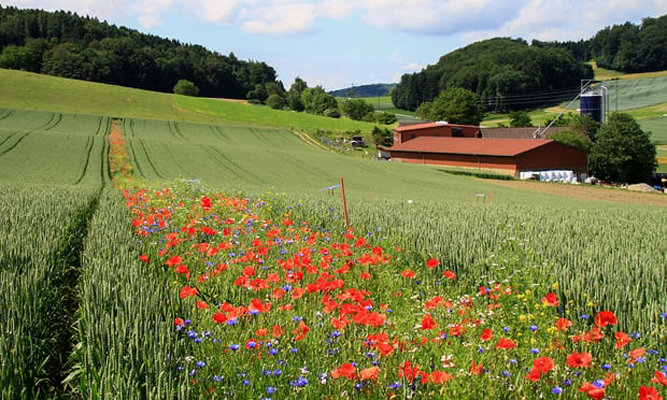 The wildflower tactic is based on science backed up in a 2015 study published by the Royal Society's Biological Sciences journal. "Our study demonstrates a high effectiveness of annual flower strips in promoting pest control," reads the report, "reducing CLB (cereal leaf beetle) pest levels below the economic threshold. Hence, the studied flower strip offers a viable alternative to insecticides." 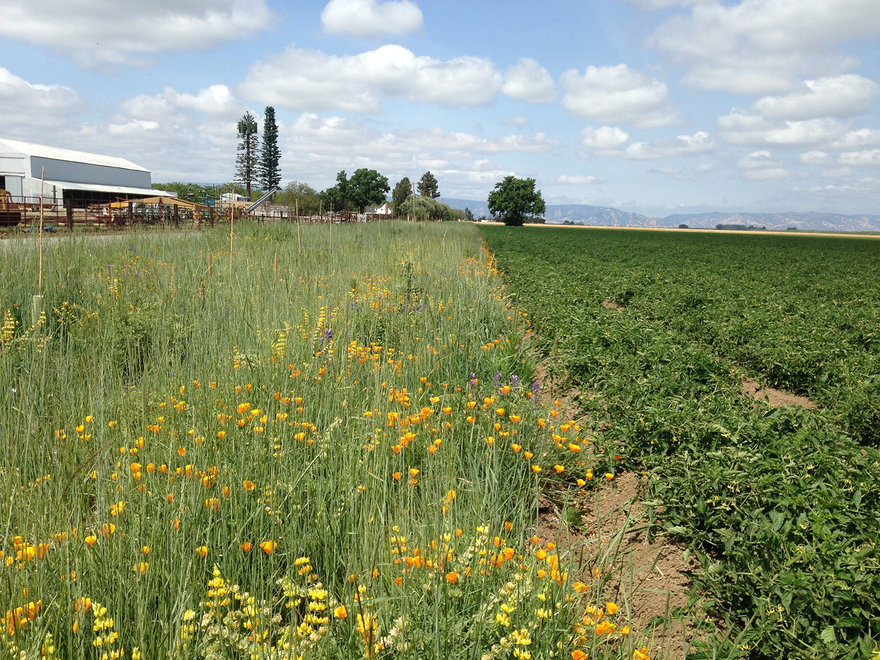 Some farmers had previously planted wildflowers on the periphery of a field of crops, but this only protected the crops nearest the periphery. Thus CEH's trial has been planting six-meter-wide wildflower strips 100 meters apart inside the crop fields, allowing the insect predators a convenient commute. Because harvesters are now precisely guided by GPS, the crops can be reaped while the flower strips are left intact. 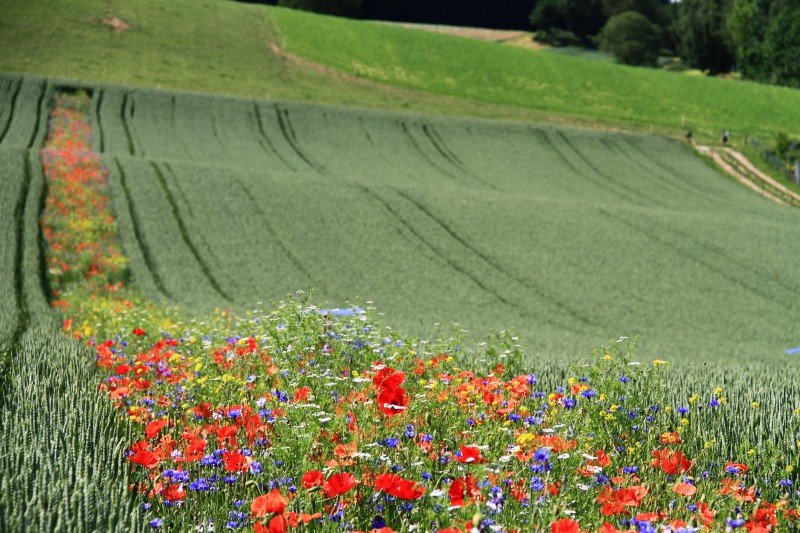 If the CEH trial turns out to be a success, the next step will be to convince farmers. "The majority of crop protection advice given in the UK," explains Bill Parker, director of research at the Agriculture and Horticulture Development Board, "is from agronomists tied to companies who make their money from selling pesticides."