If You're a Product Designer Who Wants to Have Social Impact, You Belong Here

Last week, the head of BlackRock, one of the biggest investment companies in the world, sent a letter to the CEOs of each of the companies in which his own $6 trillion company invests: "Consider the social implications of your business," he said. From now on, BlackRock will be evaluating the social value of its investments, not just the financials. That's a seismic change in the corporate world, and one that provides new opportunities for every single professional designer.

If you're interested in exploring a new design path in social innovation, an MFA in Social Design from DSI at the School of Visual Arts can help you transform your career. Many DSI alums are working as first agents of change within large organizations and firms such as Microsoft, HUGE and R/GA. They got there by enhancing their design skills with training in leadership, entrepreneurship, facilitation and collaborative creativity—abilities recognized as the foundation of the new social design profession. A degree in Social Innovation Design from the School of Visual Arts can add the character, confidence and ability you need to impact the direction of business, in addition to its products.

Graduates of DSI are working in exciting careers in every type of organization and industry, helping to solve complex social as well as business problems. Here are just a few examples of DSI alums who are changing their own and others' lives for good:

Addressing the Problem of Food Waste—From a Dumpster 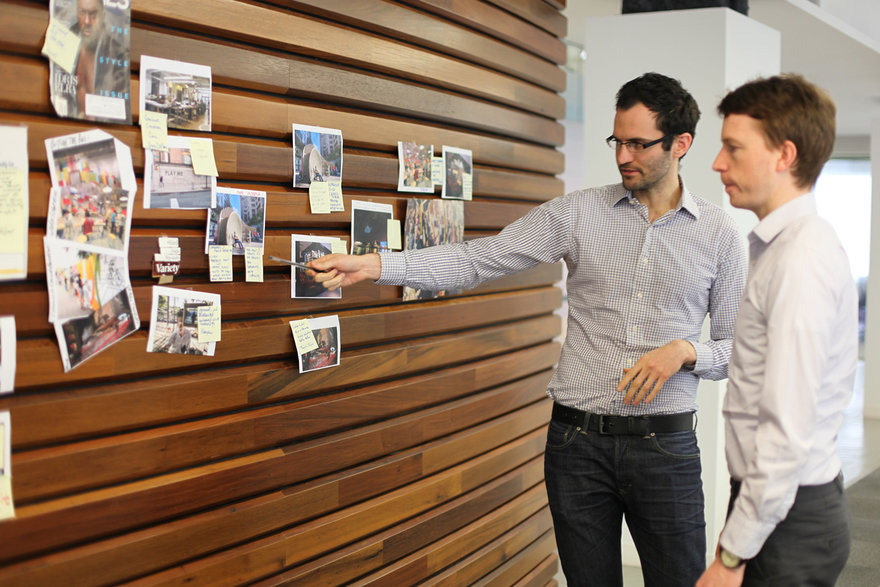 When he came to DSI with a degree in product design, Josh wanted to solve the problem of food waste, one of the biggest contributors to climate change. His thesis project, Salvage Supperclub, is pop-up restaurant in a dumpster, serving elegant dinners made from food diverted from landfills. It was a smash. He was written up in Forbes, Fortune, the Wall Street Journal, and featured in a movie produced by Discovery. Salvage Supperclub has expanded beyond New York to California and Japan. Josh just accepted an offer from R/GA in Portland, and wherever he goes, Josh will continue to make a big dent in the world's food waste. 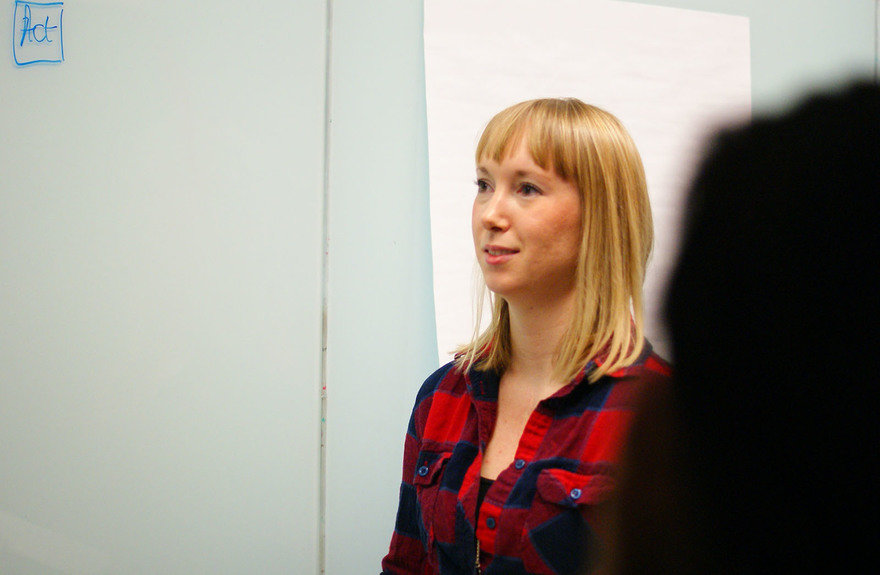 MK Loomis, '14, came to DSI with an undergraduate degree in graphic design. A passionate interaction designer, she put those talents to work in the program, and added additional skills in leadership, cultural literacy, facilitation and collaborative creation that have helped her become Design Lead at Elephant, an entity created by Brooklyn-based agency HUGE dedicated exclusively to Apple. 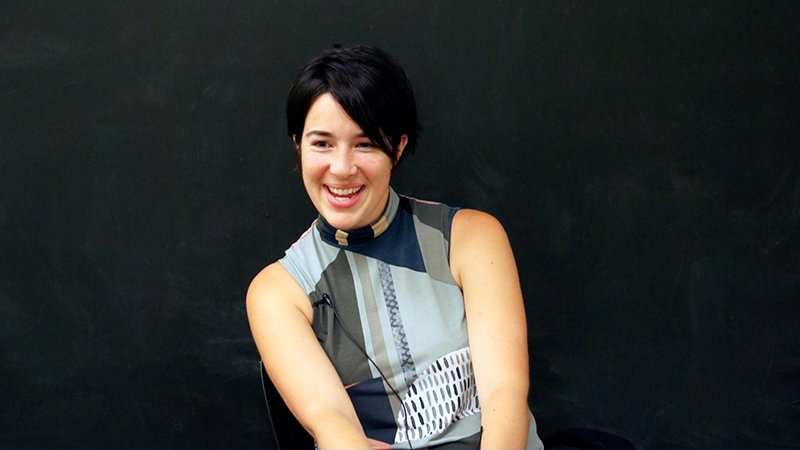 Sara Cornish, '14, just took a job that will likely change the future of education. When she came to DSI with an undergraduate degree from Vassar in Urban Studies, she only knew she wanted to use design to make a social impact. She loved her game design class so much she went to work for her faculty's organization, Games for Change. Microsoft liked her so much when they met her there, they asked her to help make education more student-centered with Minecraft. 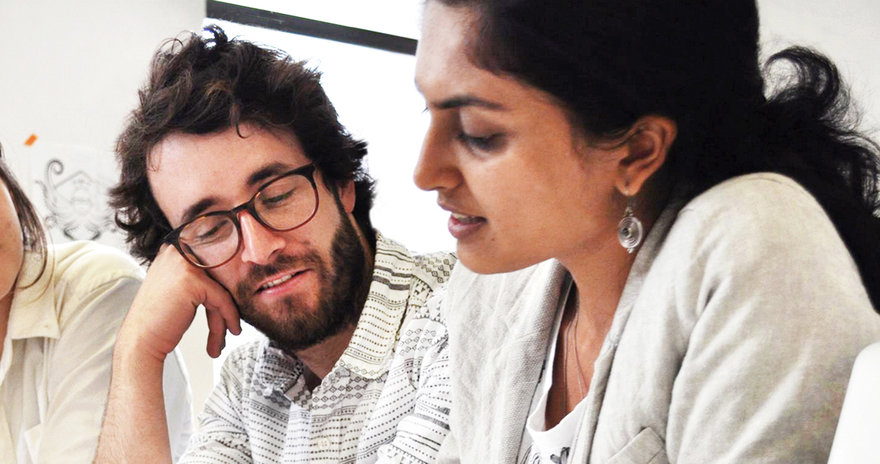 Ending poverty in his home country of Colombia was Sebastian's passion. Through the program, Sebastian got an internship at the Rockefeller Foundation then went to work at Dalberg's Design Impact Group after graduation. Today, Sebastian is realizing his dream of helping the people of Colombia, using what he's learned to teach big banks how to design services for poor people that will help them become part of the Colombian economy. Sebastian is now Lead Research and Design, Latin America, for Bankable Frontier Associates. Millions of people living in poverty in Central and South America will benefit from Sebastian's work. 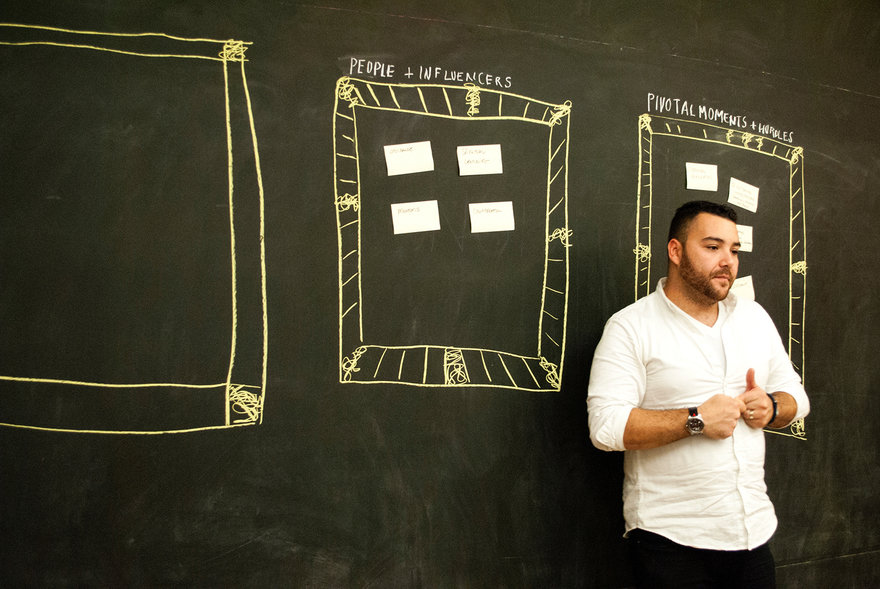 Bruno was an interaction designer when he came to DSI, working at a job that bored him. Bruno hates being boxed in, but he stuck it out until he finished school, then connected with a new job through the DSI program. In his job at the Mt. Sinai Medical Network, he's already broken all the boundaries of his job description. He is working on a global mapping project using big data to improve global health, and teaching social design to the doctors in the medical school there, in addition to leading many other initiatives. Bruno has already had a lasting impact on one of the largest medical institutions in the U.S. 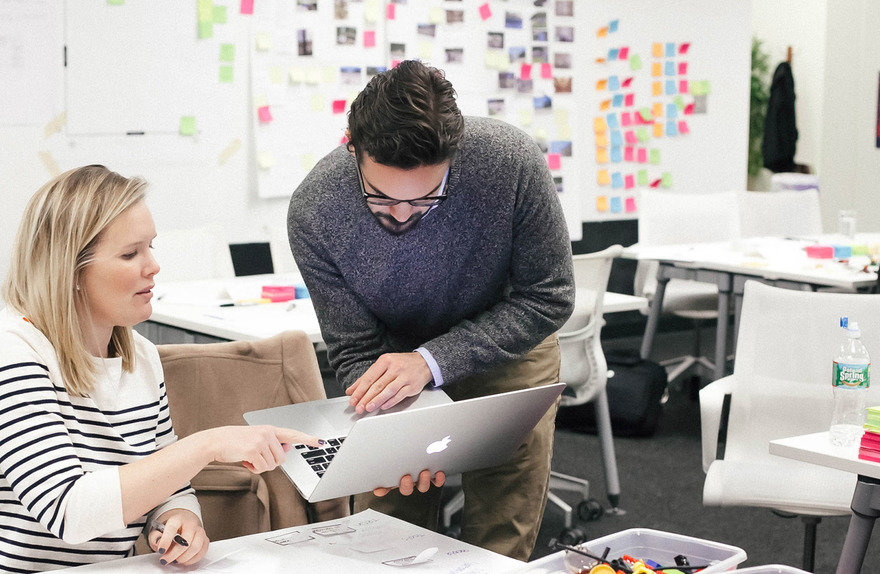 While at DSI, Meghan interned with Advisor Erik Hersman on the launch of BRCK, the rugged router he's introducing for frontier markets in Africa. She took on the redesign of Access-a-Ride for her thesis project, organized the first TEDx in Kabul and designed online educational products for children all over the world in her second job out of school. Now she is a product designer for the Federal Government. She exemplifies the integration of social good and design. And where is it needed more than in government?

If you've noticed that these are not typical product design jobs, you're right. Design for Social Innovation prepares graduates with strategic and leadership skills that put them at the forefront of change. Mastering the system of social design helps them put their talent to work for good.

If you want a transformational career better than you can currently imagine; one with purpose, that uses you all the way up, apply for the Fall 2018 cohort at SVA's DSI.