For this year's Core77 Design Awards, we're conducting in-depth interviews with each of our jury captains to get in a glimpse into their creative minds and to hear more about what they'll be looking for in this year's awards submissions.

Our 2018 Open Design Jury Captain Zach Kaplan, founder of Inventables, a company manufacturing economically (and geographically) accessible 3D carving technology. With his work, Kaplan hopes to inform future generations on how to design and make the objects that surround them while also empowering designers to find independence through the production of their own designs. We spoke with Kaplan about how the commercialization of fabrication tools will change how we produce in the future as well as what he hopes to see in this year's Open Design awards entries. 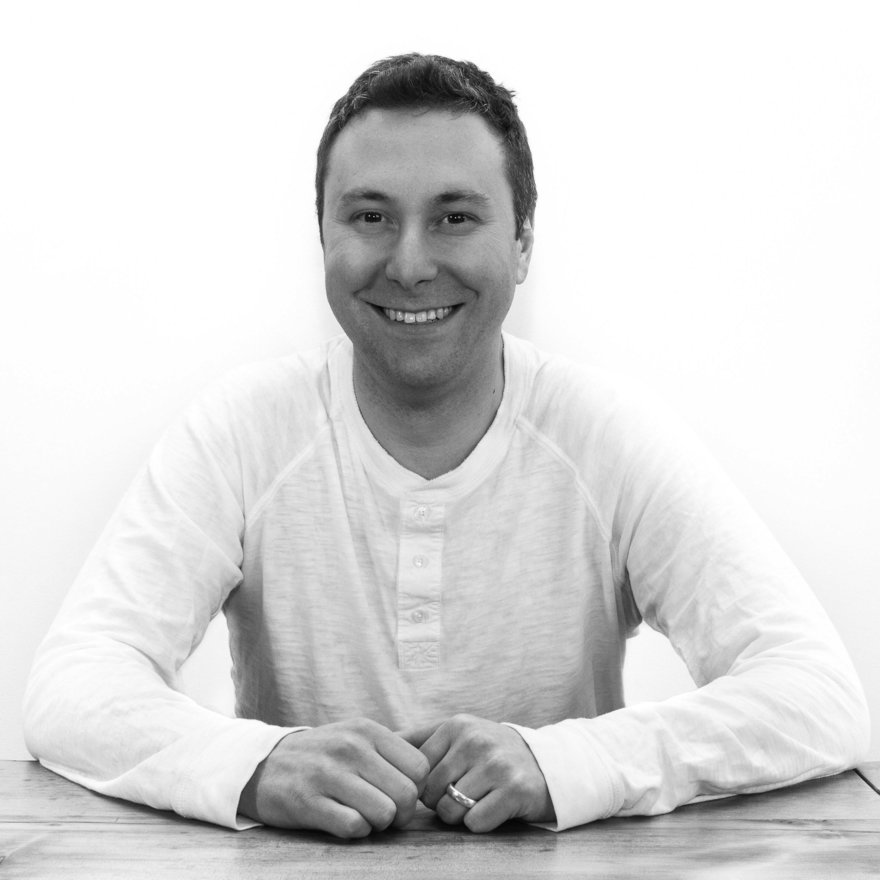 Can you tell me a little bit more about your company Inventables and its mission?

And you make tools, like the X-Carve, as well as software—tell me a little more about both of those.

We're trying to build a new part of the manufacturing economy. Some people talk about it as distributive manufacturing or independent manufacturing—"indie manufacturing"—but the theme is that today consumers are being presented with more choice than ever before.

With 20th-century manufacturing it was all about getting scale—that's how you drove out cost. Think of the assembly line as the key driver of that or even injection molding. You pay for the tooling and then we can make this accessible by making a million units. What we're doing is like 21st-century manufacturing. It's less about scale and more about customization. There's no additional cost for complexity with our X-carve or Carvey tools, so we're able to give our customers basically a tool where they can then make custom products for their customers extremely cost efficiently. 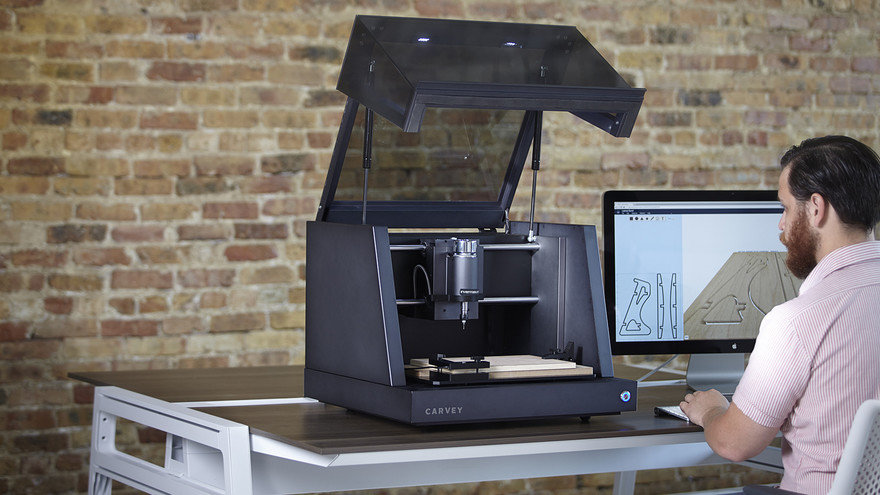 Because of that, we see this whole new section of the manufacturing economy coming up that's all about customization, really special niche goods and they're not distributing them or selling them through big-box retailers. They're selling them online through places like Etsy, Kickstarter and Shopify, and even sometimes Instagram.

They're not buying TV ads like big companies used to do. They're using social media and they're not selling in a big store, they're selling online. Our tools are a way that they can actually design, make and produce their products. So from a Core77 perspective, I find this really exciting because it's putting designers in a position where they can kind of control the whole experience.

"We're not going to go back to lighting up General Motors-size factories in America that's more cost-effective than in China. It's just not going to happen."

Another part of Inventables that I am aware of is that you provide machines to libraries and institutions, and so part of your mission is also making sure technology is accessible to the masses, right?

Can you explain how you bring your products to different communities and why that's important to you personally?

Yeah. Because we're trying to build this new section of the manufacturing economy, indie manufacturers, we need to start educating people about what this new type of manufacturing is, and I personally believe this is our country's chance to be relevant in the next century from a manufacturing perspective.

We're not going to go back to lighting up General Motors-size factories in America that's more cost-effective than in China. It's just not going to happen. But we do have an opportunity to make distributive micro-manufacturing facilities. So I think if we're really going to compete nationally or globally we need to start teaching students and kids and people in the community in accessible ways. It used to be you got the job and then they did on the job training. Well, if you're running a one-person company there is no on the job training. 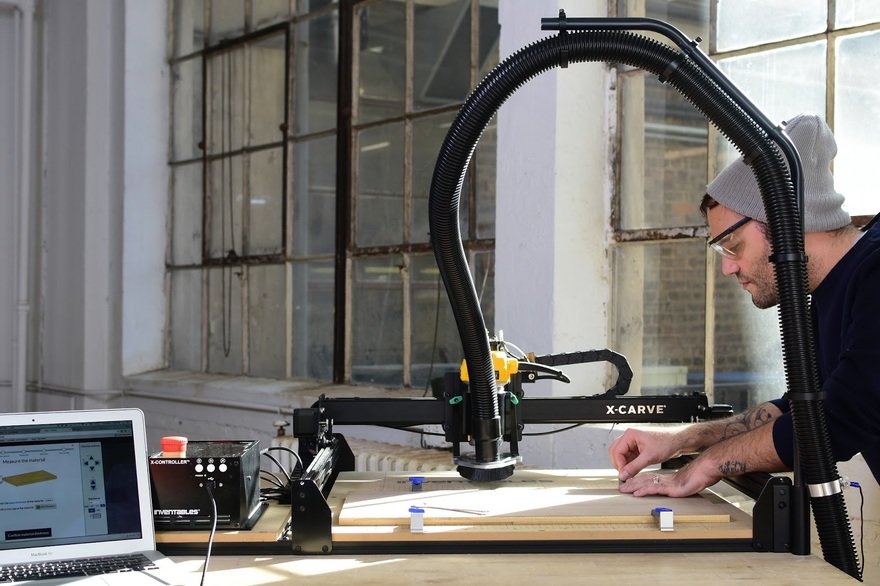 Inventables' tools are used by students and professionals alike 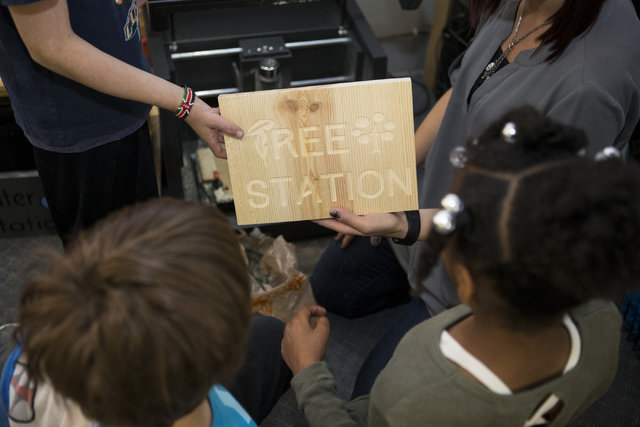 We need to start getting kids, designers, people in the community excited in places that they are—so schools, libraries, maker spaces and community centers. We're partnering with them and we've made [our hardware compatible CAD program] Easel so it is the most accessible software to get started with because it's free and you don't have to download anything. You can just do it in the browser. Then if you go to Inventables.com/50states we show where all the publicly accessible machines are in schools, libraries and maker spaces. You can zoom into wherever you live and find the one that's closest to you.

That's awesome. I want to open the conversation up more generally to open design because you're going to be the Open Design Jury Captain. I'm curious, what do you think has been the most significant change or development in open design in DIY in the past few years?

I think it's just how accessible it's become. I remember Nike talking about this 10 years ago. All of the ways that you could do open design back then were very modular or cookie cutter, where today, technology has gotten to the point where the consumer or the user of the product really can have a lot of control over reshaping their experience. It's partially because our phones are, just the computer technology is so cheap. LEDs are so cheap and accessible. It's just become easier.

Right, I agree. It's definitely become more available to the masses in a way that it hasn't before.

And in ways that as designers we weren't thinking about 10 years ago. Back then I feel like everybody was trying to design these mass customization experiences and now there are just more tools available that make it possible for designers to imagine. So because of the availability of this stuff, it's just made it more interesting.

What do you think is the greatest misunderstanding about open design and DIY?

That it's for kids. People are almost a little dismissive but I believe the hand-made, small-scale business market is not something to take lightly.

When they say "DIY" they're thinking of yarn and craft projects, but like our customers, we have a huge number of them that are running quarter million dollar businesses off the machine. I know when Etsy started it was one of more crafty, yarn-oriented projects, but it's evolved and I think people's impression has not evolved as quickly as the market has.

"Design ideas used to get watered down and it was almost comical because you had to design to the lowest common denominator where these open design products are now making it so you don't. You can really design for the individual and I think that's bringing out a whole richness."

So where do you see something like open design having the biggest impact in the future?

From our perspective, I think it's all of these tools, these digital manufacturing tools that are enabling people like individuals or teams of one or two people to do design and manufacturing in a way that was only done by Fortune 500 companies, big companies before. These people are coming to market, designers are coming to market with products that are super interesting and compelling. As someone who worked with Fortune 500 companies before, a lot of the ideas and designs that people are bringing to market now [in a corporate environment] would get cut in those brainstorms and meetings because they weren't for the masses.

All the ideas used to get watered down and it was almost comical because you had to sort of design to the lowest common denominator where these open design products are now making it so you don't. You can really design for the individual and I think that's bringing out a whole richness. It's like the Brooklyn of manufacturing.

How do you think customization will come into play in terms of manufacturing in the future?

I'm literally sitting in our phone booth room next to this really beautiful unique lamp that's a one of a kind, and 10 or 20 years ago that would have essentially been unaffordable for a startup to have this one of a kind lamp. Now it's not unrealistic because the tools are inexpensive and accessible.

It's true. It's definitely becoming much more possible to just envision a product in your head and realize it fairly quickly.

Yeah. People don't want to have the same stuff as everybody else, you know? You know when you go into an apartment and it's all IKEA, and you're like, "oh yeah, I've seen that"?

What we're seeing now more is like people are mixing IKEA stuff or West Elm stuff with custom stuff, which is kind of what happens with a high-end home where everything isn't custom, but they sort of mix in a bunch of custom things with non-custom things so it makes it feel special and unique. I think that's where you're going to see some really compelling stuff happen.

Absolutely. So, final question bringing it somewhat back to the awards, what are the most important design considerations you look for when evaluating either your own or someone else's project when it comes to open design or DIY?

I would say it's sort of three things I think about. One would be enchantment, another would be accessibility and the last would be functionality. By enchantment, I think about: is it enchanting? Is it drawing me in? That sort of hard to put your finger on, emotional thing where you see it and you know it. It's just "wow"….That's enchantment.

Accessibility means, is it an order of magnitude more accessible than its predecessor? Most of the things in this category probably exist in some form, but you're bringing this new version. Is it easier to use? Is it drawing more people in? Is it changing the game on what, who can participate? That's what I think about accessibility.

Finally, there's functionality: does it do what it says it's going to do, but more importantly, does it do it really well?

2018 Consumer Products Jury Captain Zach Kaplan will be joined by these designers for the awards selection process: 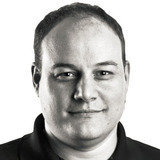 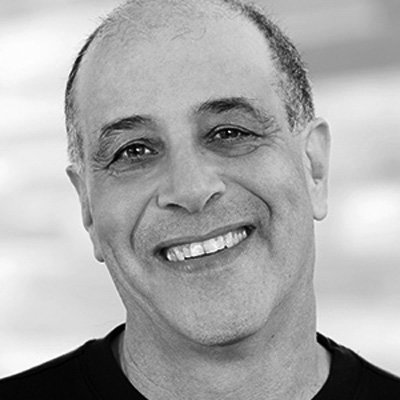 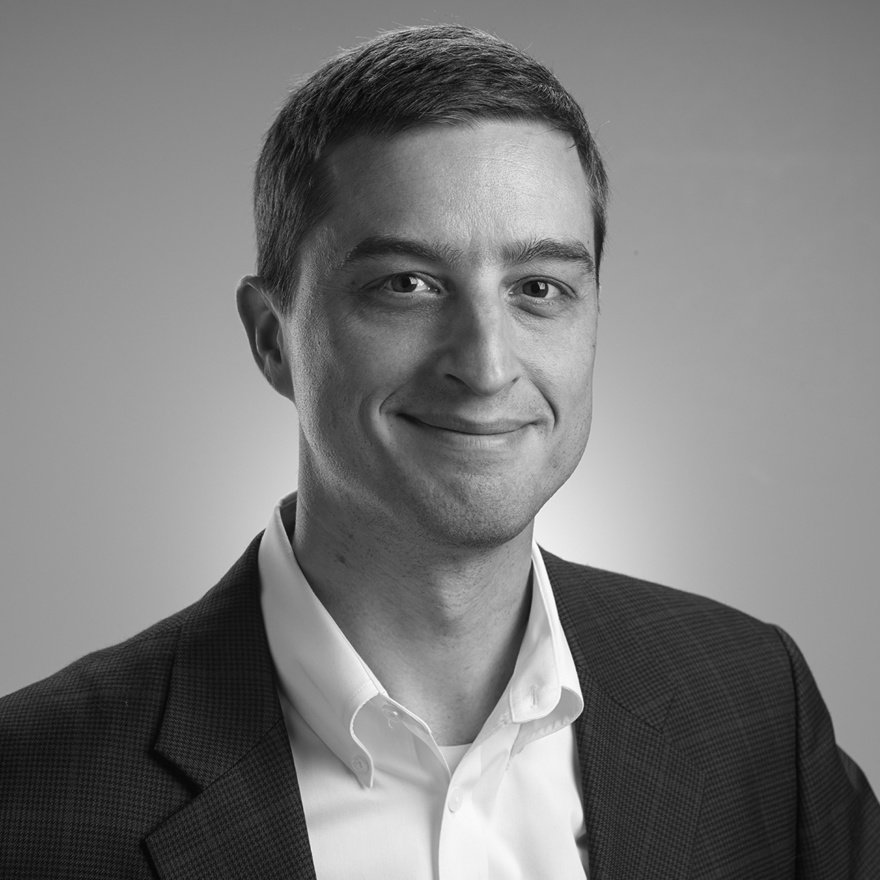